Have to admit it, but Sunderland is a bit of a foreign country to me, not that familiar with it, but it has its interesting bits. First time visitor today to one of its gems. Ryhope to be specific and a construction of the Sunderland and South Shields Water Company which remains to this day a credit to the hard working people who maintain the Ryhope Engines Museum,..and its free!

Today it was in steam, special weekend infrequently held, and the magnificence of the machinery in working order is tremendous.

Yes and today there was a gathering of Rover P6's and other classics and the sun was shining....great stuff!

I don't think I've mentioned this before, it's a place I call in regularly for a coffee and sometimes a meal whilst watching (not joining in) the activities, pretty well on my doorstep.

Well I never knew, but thanks to the power of random links and clicks I have gone from the whatsthisthen? of a car being loaded up on a car sleeper at Schaarbeek, to its very beautiful station posted up on wiki by David Edgar, to David's other pics of Belgium including the Brussels Flower Carpet.

Looks fantastic, this is the 2016 version 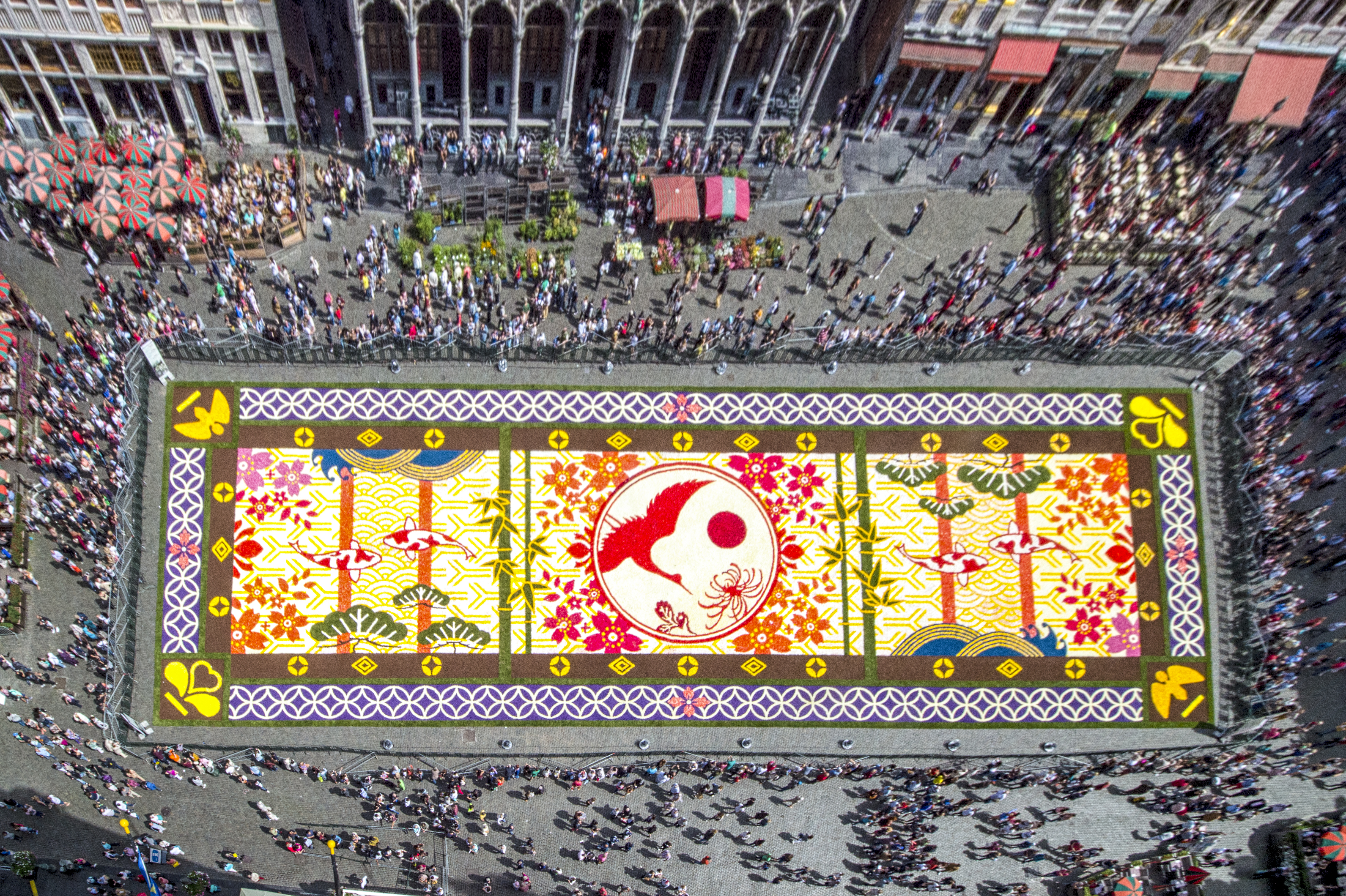 The 2018 version will have a Mexican theme.

Worth seeing I would think if you are in the vicinity at the time.

There is a similar show in Tenerife but they do it with volcanic sand instead of flowers. Religious themes usually.

..and an added bonus if you like David Hockney's work a fantastic exhibition of his "The Arrival of Spring" and the bonus.....none of your fancy London Gallery prices....a decent Yorkshire "nowt" to view it.

Well following on from the Wall Street Journal perhaps surprisingly declaring Dundee as one of the top 10 Cities to visit in the World (number 5!) mentioned earlier on the thread.

Its now got the V&A opening on Saturday in a building designed by Japanese Artchitect Kengo Kuma.

I saw that on the news last night Neil, looks like a Noah's Ark for a tsunami.

Ugly I think but what do I know, if cows in embalming fluid are art I suppose anything goes.
Top

Guess the A68 is not a particularly well-travelled route by FCF Members up/dwown from Scotland.

It is the most dramatic and natural border, climb up to the top particularly from the Northumberland side and the view of the Scottish Landscape laid out before you is superb. Today's POTD from me gives the balcance...quite often it will be shrouded in mist!

and another its worth travelling to...Turn off into the Village of St Boswells and go to The Mainstreet Trading Company.

Books/Coffee/Deli/ and home. A stand of All the TinTin books in the shape of a Rocket and as I-Spy Citroen H Vans will in a couple of minutes testify a Citroen H van in the car park!

NewcastleFalcon wrote: ↑
20 Oct 2018, 19:36
Books/Coffee/Deli/ and home. A stand of All the TinTin books in the shape of a Rocket and as I-Spy Citroen H Vans will in a couple of minutes testify a Citroen H van in the car park! 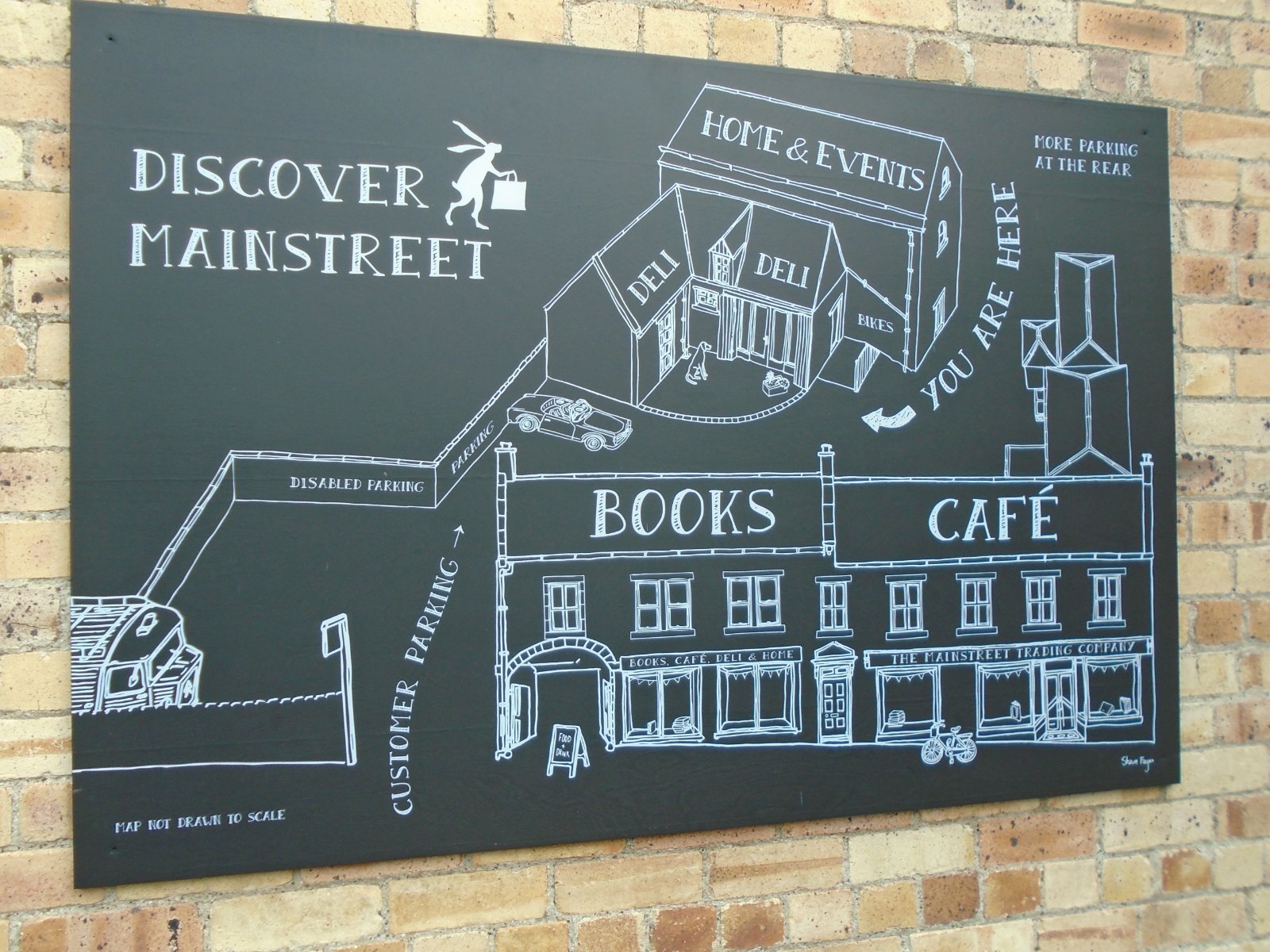 Now that's my kind of place

I'm wondering if I might post up all the lovely cafes we visit on our bike rides? Might be useful to anyone visiting the Milton Keynes area and wanting some quality refreshment...
Top

Day started as a disaster - trip to Consett, about 16 miles, to get tested for new specs as I have ruined all my current ones.

Stepped into SpecSavers and had to step straight back out again - synthetic fragrance of some description that left me unable to drive.
Fortunately daughter #3 was with me as we were going to Julie's Bookstore on Number One Industrial Estate - always sounds Chinese to me.
Google maps was completely wrong and her phone no better - took us two miles in the wrong direction, told us to take the fifth exit from each roundabout we passed through.

Turned around and it led us to completely the wrong place but asken inside and a lady there knew where it was and gave us old fashioned directions.
I had bought a book there a year or so ago - "Luftslottet SomSprängdes": - one of the "Girl With The Dragon Tattoo" series.
Except I got "Luftslottet SomSprängtes" - the Norwegian version - very similar to Swedish but not similar enough that it would be easy enough to read - it's a big book.

Anyway - we went in but it turned out that they only sell online, not directly from the warehouse. Nice enough people but another disappointment.

Laura then suggested going to "Barter Books" - Neil has mentioned this earlier in the thread.
It's in Alnwick and the farthest north I have been (in the UK anyway).

Very nice place housed in the old railway station. Was far bigger than I expected with thousands of books of all genres - I couldn't find any Swedish originals though

Did get a nice Richard Feynman book though.
Nice café too!

A very pleasant trip and Laura did the driving as I wasn't safe to do so. Not sure how far we went but used ¼ tank of diesel to do it.
Top

Named after the Number One Pit owned by Derwent Iron Company to mine coal and iron stone.

Enjoyed your little tale...pleased you enjoyed your day out to Barter Books

Named after the Number One Pit owned by Derwent Iron Company to mine coal and iron stone.

Enjoyed your little tale...pleased you enjoyed your day out to Barter Books


Often wondered Neil. Just not enough to research it

I stop here often for a coffee and snack, has a licensed restaurant, decent enough food at a small price and lots to do for the brave.

Always nice to have a bit of entertainment with your coffee and cake.

Not quite the adrenaline rush of zip wiring or diving, but watching trains can be very relaxing, and of course always the potential excitement of a couple of trains crossing in the middle!

It can be dodgy Neil, train spotting that is. I was chatting to the engineers who had to deal with this the last time I was over there.