Sorry Double O 7, cutbacks you see. The Aston has been replaced with a C5 Tourer. It's the 1.6 diesel so you can't outpace you enemies but you should be able to drive further on a tank full.
Top

Wasn't a cloaking device an optional extra on some models of the C5 X7 ? You had to turn it on by accessing the secret menu on the Lexia/Diagbox

That's on an Exclusive+ package ... the end result s something like this: 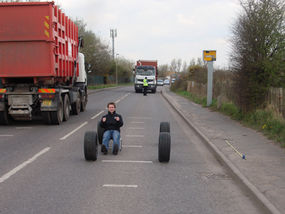 Making use of a nice sunny day (cold as hell though), I've managed to complete one other job related to my car video project ... the external video input, directly to the Alpine Box (AUX3), going from the rear ashtray box (no smokers in my cars, so that spot didn't have any other use) ... got the 3RCA connection socket, prepared the wires, and so far fixed it with the double adhesive tape (not strong enough), it will need to be fixed with screws in the near future ... and yes, the end result is working as planned ... 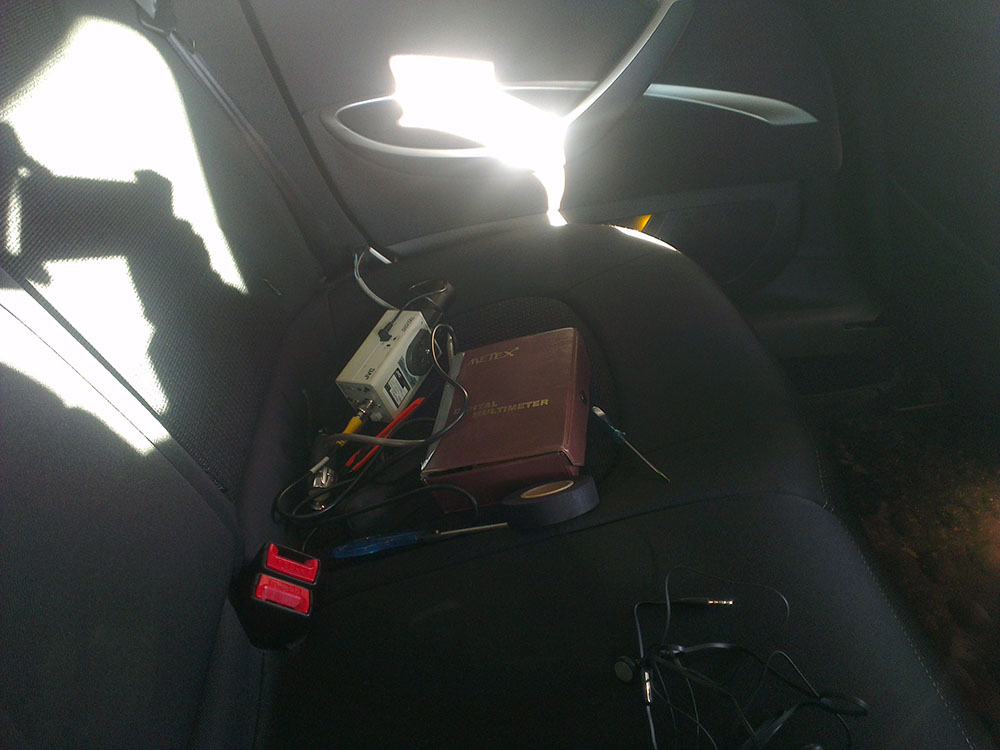 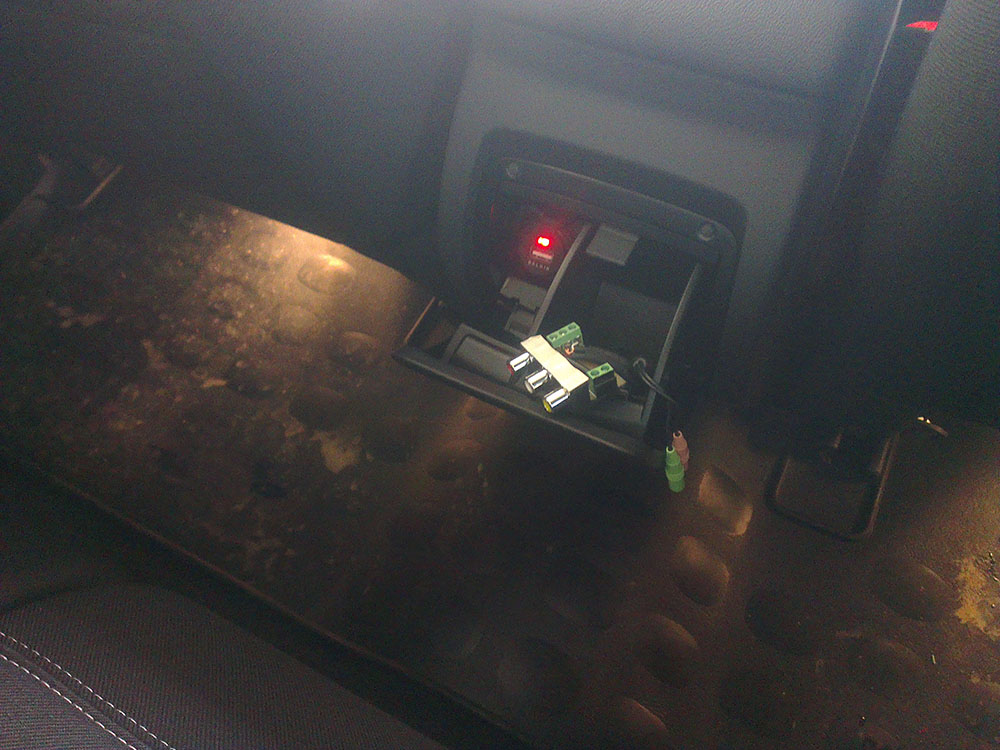 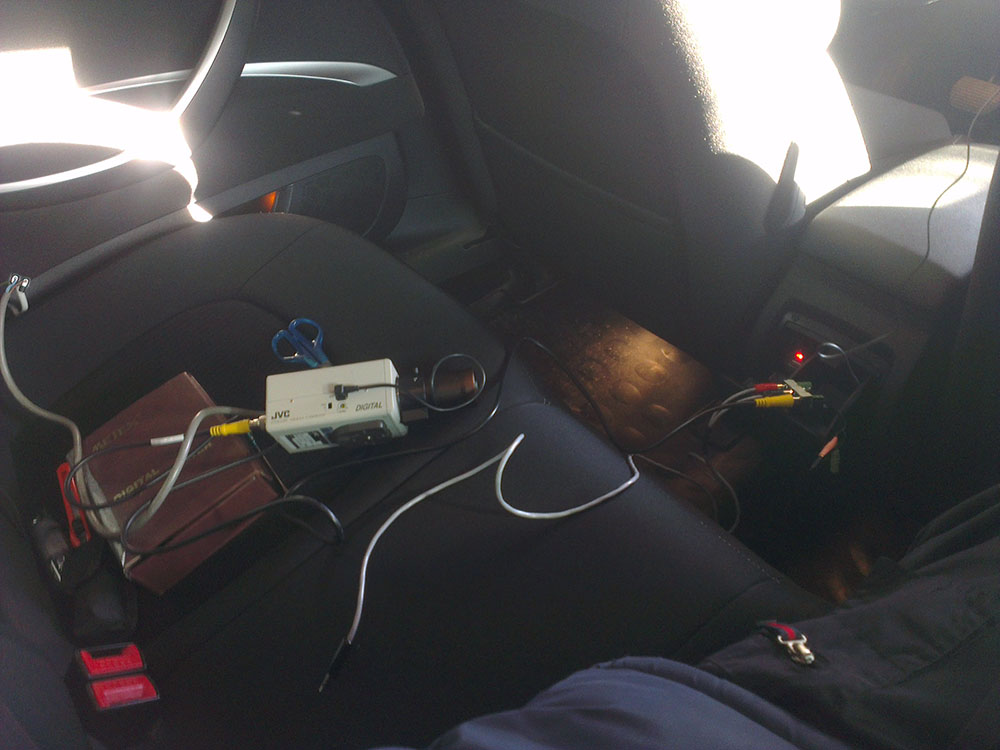 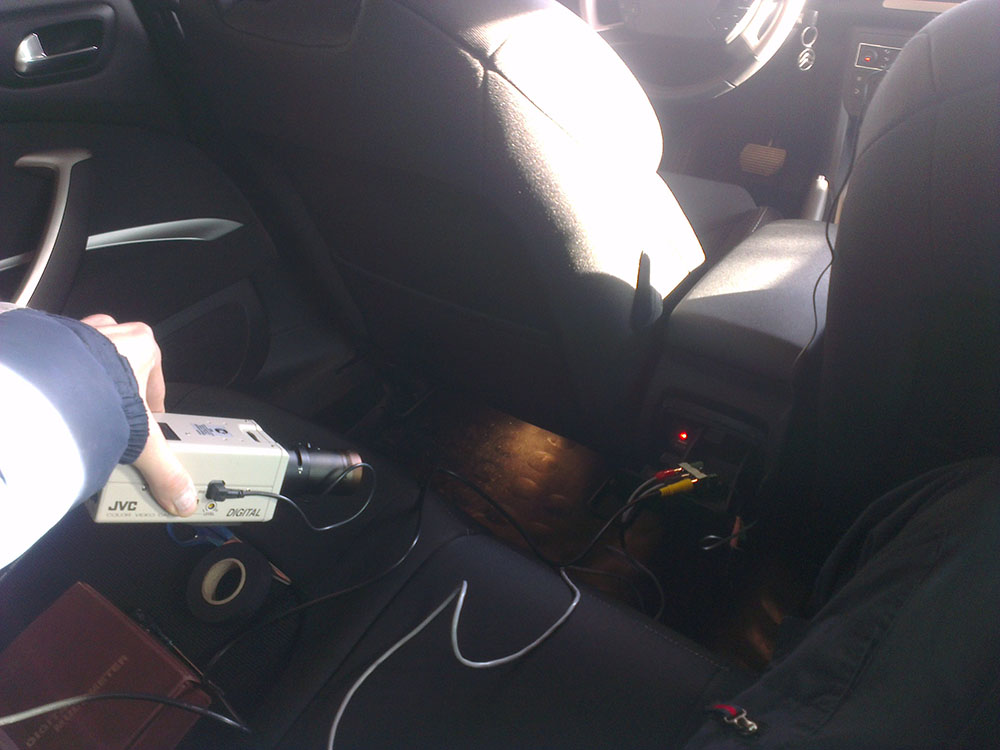 Today I've received one Alpine Headphone (ordered for testing), which proved to work quite well, and since I've managed to obtain it at a very pleasant price, I've decided to grab another one, so I have the back audio covered ... the headphone in question is the Alpine SHS-N206, Fold-Flat, 2 ch ... Fold-Flat means you can turn the phone parts by 90 degrees, making it more slim to allow for easier storage ... There are 1 & 2 ch variants, what this means is that (like in my case) you can view 2 different rear images (each screen separately), and each will get its own related audio ... the 1 ch can only get 1 audio, meaning a master screen sends to both, the slave screen also sends, but the signal won't be received ... of course, their prices aren't the same, but the 2 ch aren't that much more expensive ... the sound quality is great, the volume regulated on the headphones (the screen volume setting only has impact on the wired headphones), the build quality is what you'd expect of Alpine, and even though the headphones seem a bit bulky, they're not heavy on the head and fit nicely ... apart from the volume dial, you have two switches (1-2 channel selection), the and power button (next to which there is a red LED to show if the headphone is actually working or not) ... power provided by 2 AAA batteries. 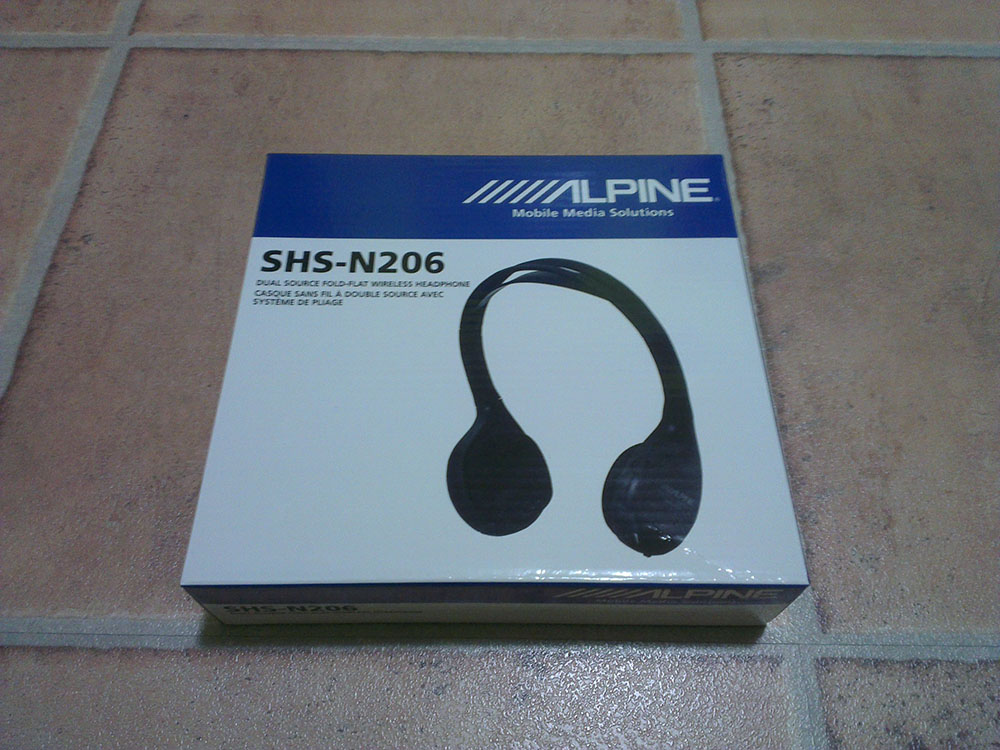 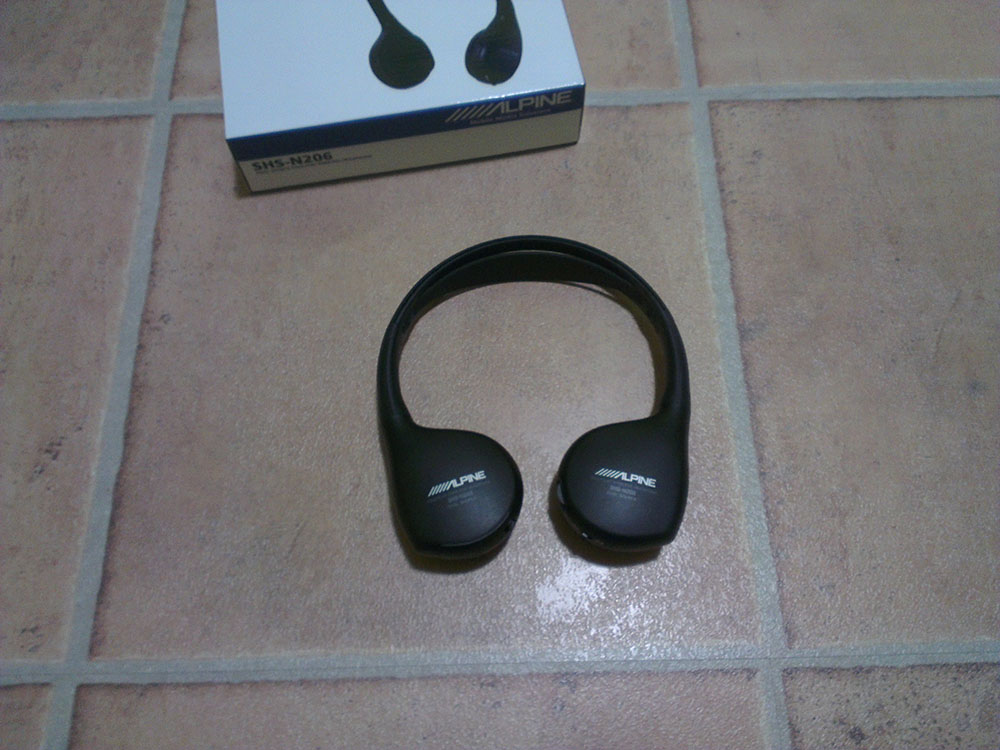 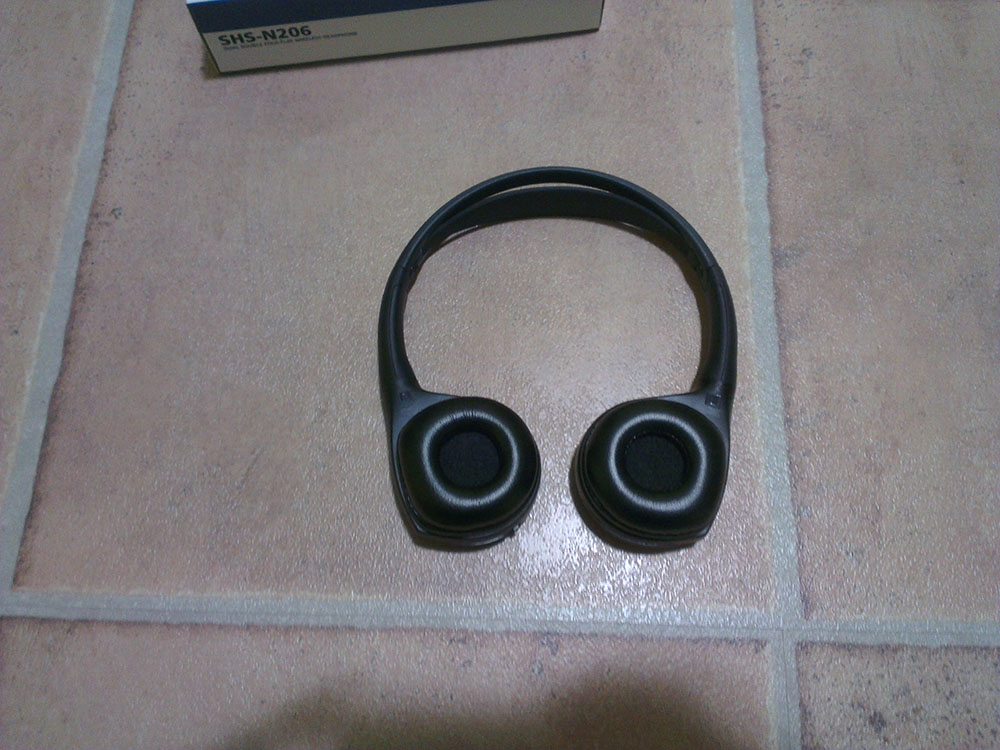 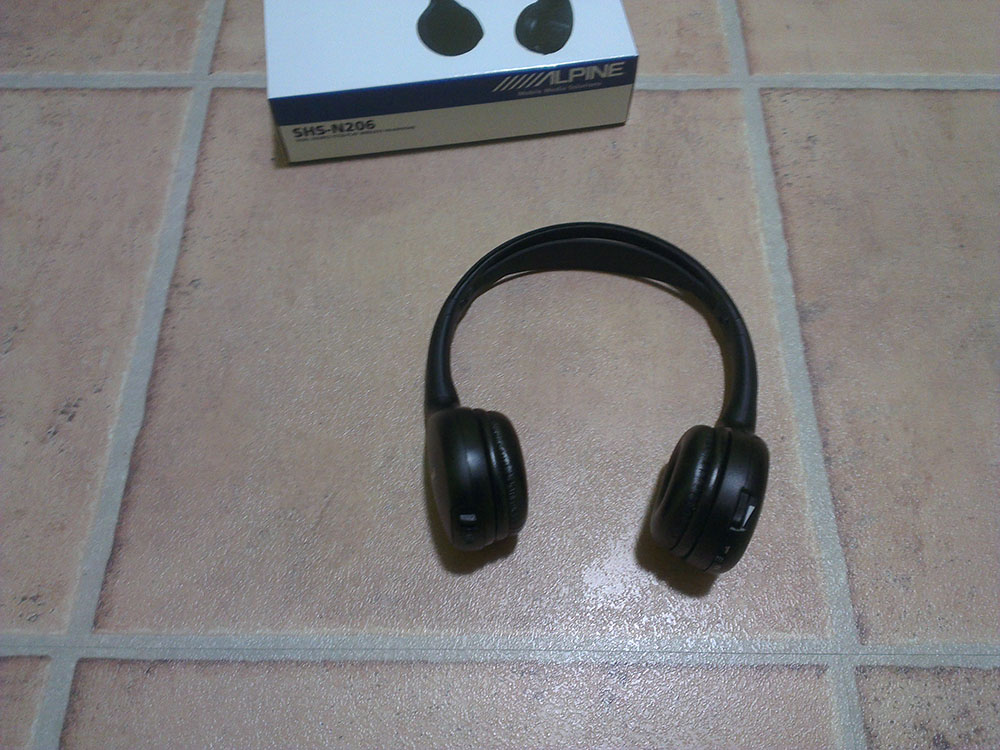 and I am getting a glow when I turn the lights off (and the ignition), I am also getting the "glow" in the number plate LEDs also fitted.
I am NOT getting a glow in the Fog lamps which a have also got LEDs

and as you re the resident expert

If by "glow" you mean a short burst, or blink, of light, that happens because there are no additional resistors fitted to them, that would prevent such discharge ... I have the same on my headlamp sidelights (LEDs), when I unlock, or open the door, etc, whenever some electrics get started in the car, they have a short burst of light ... not bothering me, actually find it a cool effect ... I don't have any other LEDs on the exterior lights ... the rear license plate LEDs probably have the resistors built in, so they don't discharge ...
Top

vborovic wrote:If by "glow" you mean a short burst, or blink, of light, that happens because there are no additional resistors fitted to them, that would prevent such discharge ... I have the same on my headlamp sidelights (LEDs), when I unlock, or open the door, etc, whenever some electrics get started in the car, they have a short burst of light ... not bothering me, actually find it a cool effect ... I don't have any other LEDs on the exterior lights ... the rear license plate LEDs probably have the resistors built in, so they don't discharge ...

They do not "flash" or "blink"...it is as there is current flowing but very low.
Top

I see, so they would stop glowing if the car would enter the economy mode then ... seems like you have a partial live wire bursting, somehow ... would it be possible for you to measure one bulb power source, with a multimeter, to see how much volts they're getting? It should be a very low input, since you didn't notice the same with regular bulbs ... and if the bulbs are the only thing changed (nothing else on the related electronics), I'd guess you've been having excess power to the bulbs for some time ... maybe that was also one of the reasons you had economy mode go every now and then (more than expected at least) ... I'll try to dig up something from the Documentation available ... maybe you could pop out and put back in the related bulb fuses on the BSI, just to see if there will be any changes?
Top

poking my nose in here a little,

there isn't a very lo volts feed to normal bulbs is there? wont show normally, but the led's will......
years ago in a complex at work there was a permanent 3 volts feed to the 24volt test panel illuminated switches( switches that light up when pressed, as in NASA panels) to keep the filaments warm, supposedly to preserve lamp life.......
Bob
Top

I have take out One sides bulbs and left the others in.....The bulbs glow for about 20mins then shut down it seems.
My volt meter pics up 2.5-3v for about the same time with no slow drop, then off. Both sides are the same. Indicator bulbs and number plate supply is the same, however, the Fog lamp and reversing bulb supply has no supply.

It must be a supply then as Bob suggests, one that shuts down (never knew it took that long however)

LEDs back into it....lets see if the special Citroen "ANNOYING Battery saver MODE" comes back on any quicker.

BTW....had the battery load tested, all OK, the car charges at 14.5 volts with a good stable wave profile...(whatever electrotrickery that is !)
Top

... it makes sense that something like that can be the cause, but what doesn't make sense is that no extra currents should be going around the car (especially with no ignition), no matter how low they are, if we're talking regular configuration (that something isn't messed up) ... I'm still looking into this ...
Top

I don't know if it is relevant, but somebody I once knew developed a very smart music lighting system that tracked the stereo sound movement with light (so if sound moved from left to right the 8 light boxes (3 lights per box, for bass, mid and treble) also tracked it). However, he was going through light bulbs at an indecent rate of knots. He then tried the trick of having the lights on all the time, but when the light was inactive it only had a faint glow, while it got full power when it was needed. This reduced the number of bulbs consumed by a major factor. He had reasoned that light bulbs usually blow when going from cold to hot, so when the system was switched on the bulbs were always kept warm.
Top
Messages: 514