CitroJim wrote:
No chance of getting a photo as I was driving.

It had something like 'Cuisine' in green leters across the top of it...

citronut wrote: so you were in low flight in the C1 when you saw 1 then Jim

For such a little thing it's surprisingly good on a journey. Seats are excellent..

I think you have worked your way to another 99 points with this, and more importantly with the "selfie" you linked to. 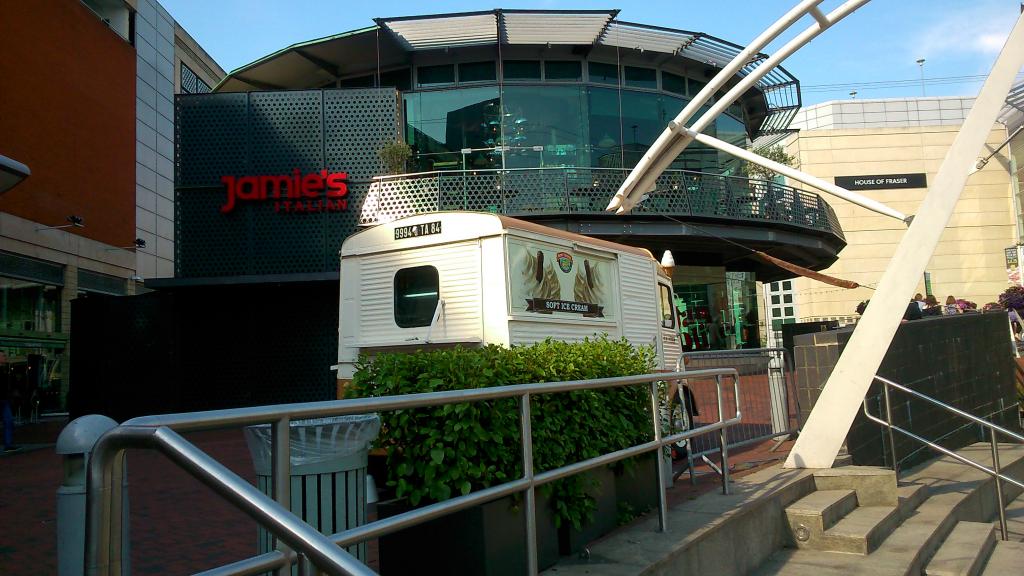 Its the joining in that counts, so Big Chief I-Spy has put away his usual pedantic nit-picking about it not being quite the official "Jamie Oliver" ice cream van, and has made only a one-point deduction. 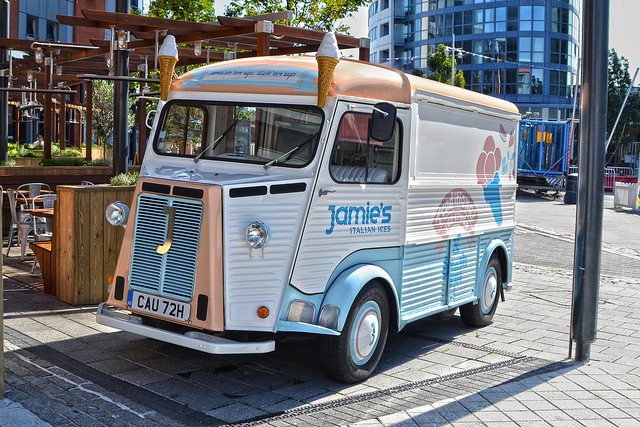 Or am I wrong, the vans look pretty similar, but with a different paint job.......but one is on French plates, and the other on UK Plates.

CitroJim wrote:Saw a cream H Van travelling east on the A303 this morning down in Wiltshire.

No chance of getting a photo as I was driving.

It was a catering wagon. It had something like 'Cuisine' in green leters across the top of it...

I am bit disapointed you didn't do a u-turn Jim and pin down a few more precise details. If the H was travelling east was it heading for Stonehenge I wonder, or was there some street food festival going on in Basingstoke?

As a regular traveller on the A303 you may or may not be aware that it is probably the only trunk road in Britain that has a track on a British Number 1 selling Album. Not quite get your kicks on Route 66 though..

It also featured in a BBC Four Documentary with a bloke driving its length in a Morris Traveller. Its probably only for the A303 purist, or for members of the judging panel of the World's most boring documentary awards.

Excellent Neil, the A303 documentary is a fixture on my video recording thing. I really must burn it off to DVD one of these days as I love it. Mainly because I know the road like the back of my hand...

Never realised there was a song about it...

Sadly, where I spotted the H was on a stretch of the '303 with limited interchanges. By the time I'd done a u'ey it would have been well gone and impossible to catch again. It was moving at a reasonable pace...

I was sad not to see the Yapp H in its usual spot yesterday. It seems these days it's only there on weekdays.
Top

well i'm back after 7 weeks

both my spots will be well known and photographed by anyone at the LM Classic but i'll give it ago for some points .......

'scuse the quality of this one....probably in the busiest part of the Village and i wasn't about to risk my life..... 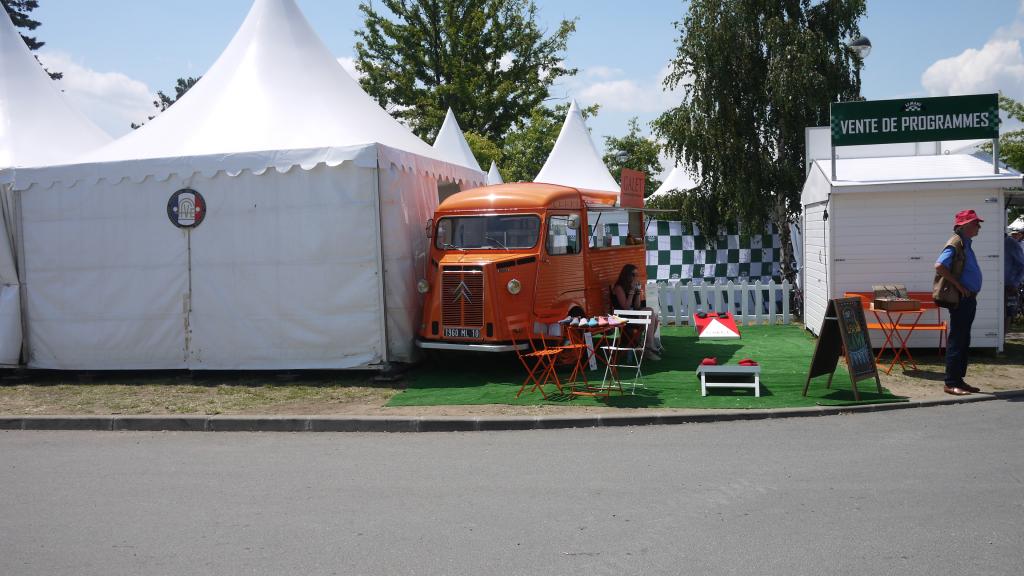 this one was actually working for its keep..... 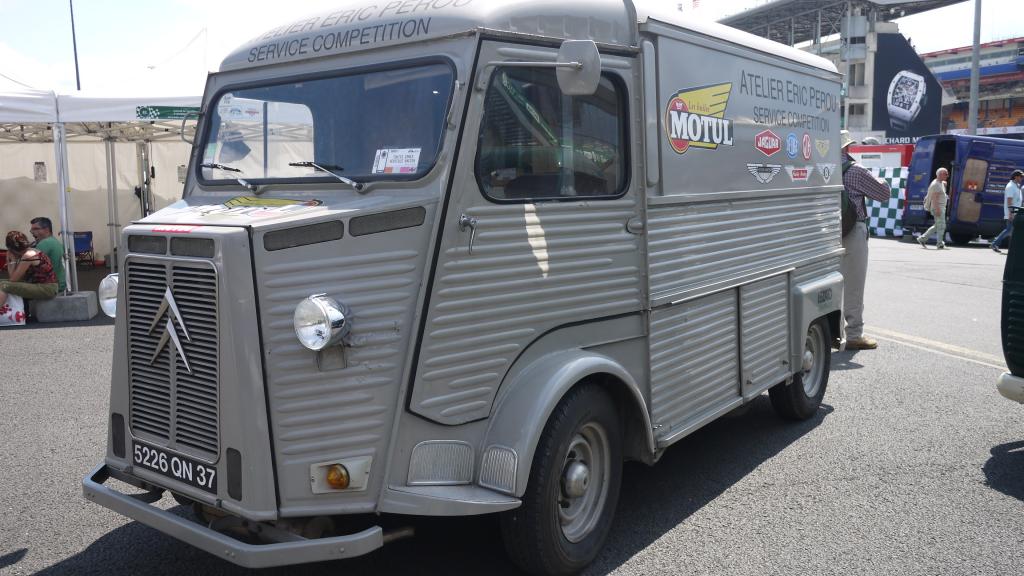 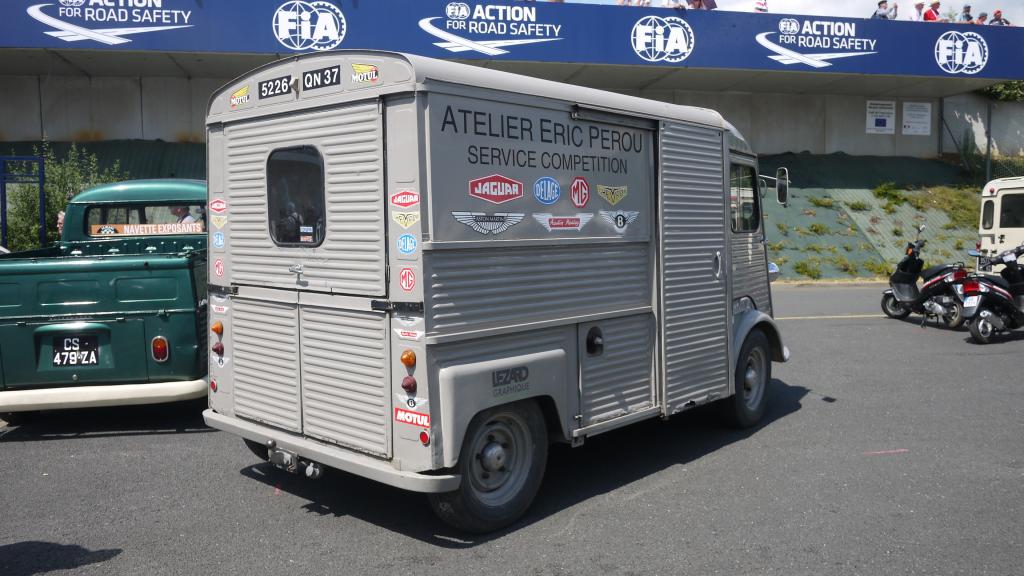 Welcome back..looking back I think you were offered 49 points for this 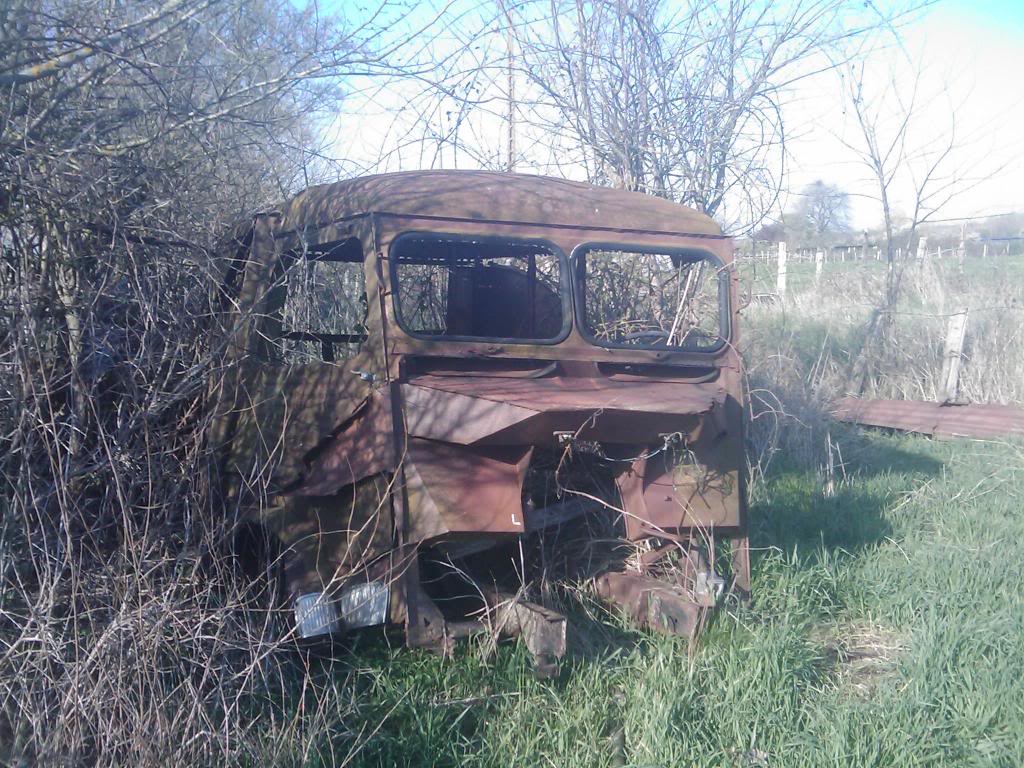 NewcastleFalcon wrote: Yes often 50 points would be awarded for an unusual spot and I think there has to be bit of credit given for it being a genuine French sighting. However a go-er it is not, and Timmo got the point deducted for the tow rope on one of his spots.

Then again lets compare it in attractiveness to this, there are some more attractive ones out there waiting to be spotted:- 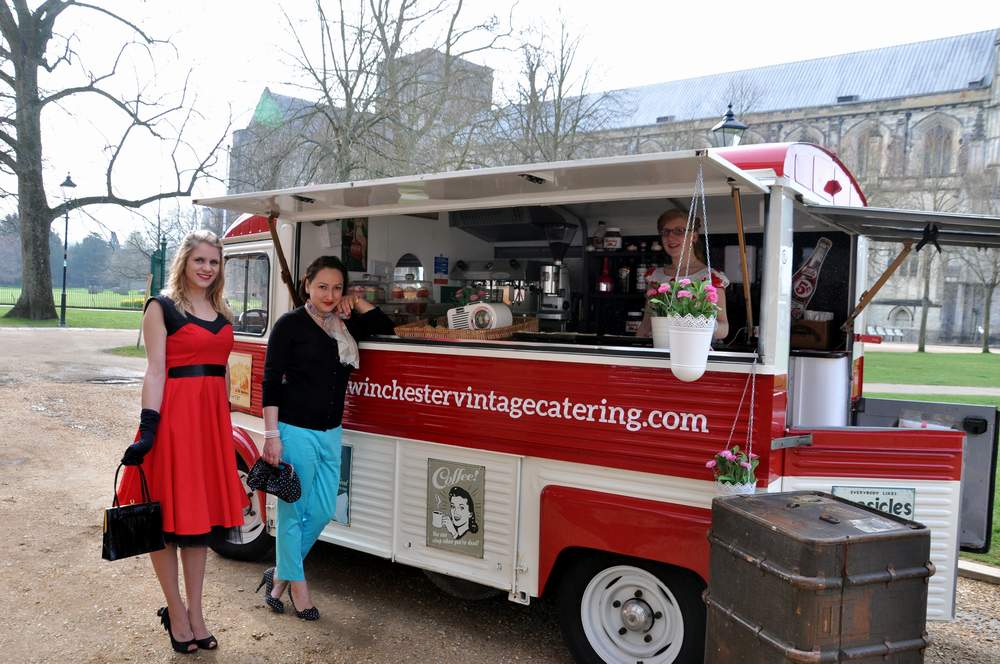 So, in summary how about a 49 for the scrap van, with a 51 waiting if you come up with something attractive for your second spot!

Well you have surpassed yourself with a nice pair of HVan Spots..at le Mans no less?

Spotted another HVan today, but rather than collecting points I may be forced to deduct some.

It was "Pizzette", spotted at the Boilershop Steamer earlier in the thread, in it's Italian Flag White Green and Red Livery

It was on the back of a Lorry heading south on the A1 near Morpeth in Northumberland about 9.30 ish tonight. I have my doubts that it is "runner" particularly seeing it's still on French plates.

So being hard on myself I am down to 249 points 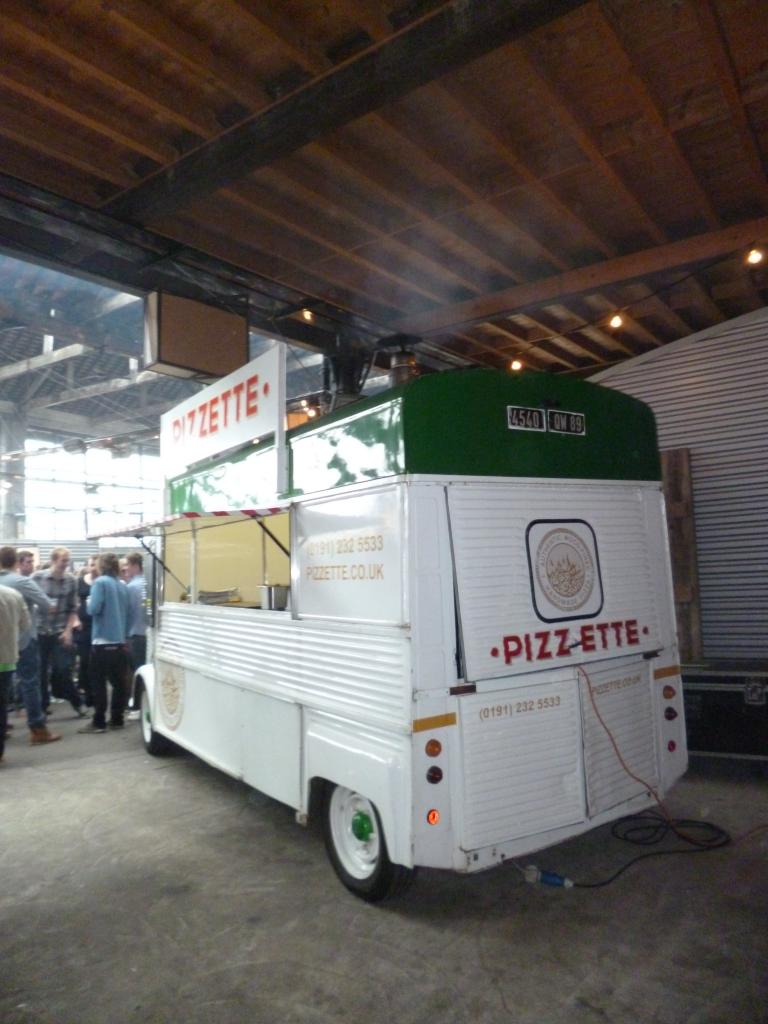 Here's a novel use for an H van.
http://www.bonvoyagehearse.co.uk
Top

BW wrote:Here's a novel use for an H van.
http://www.bonvoyagehearse.co.uk

Excellent spot BW. I think thats worth a few points even though you haven't seen it in the flesh.
I think its appropriate to post up the picture in the body of the thread...... 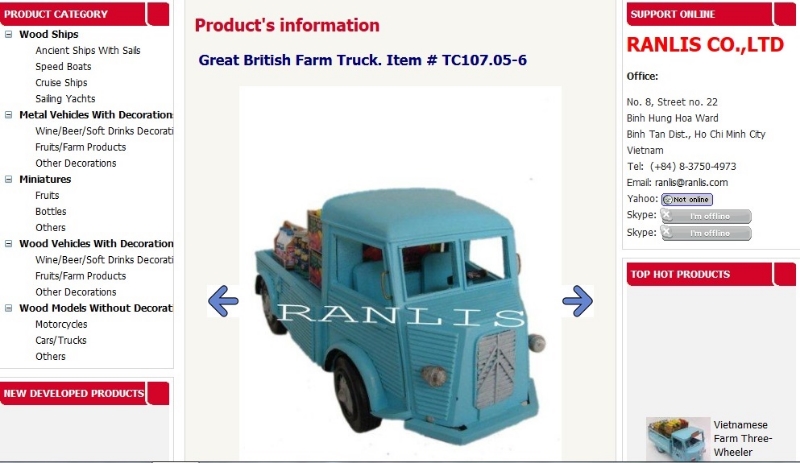 An unexpected and nice surprise spotting in Budapest last week 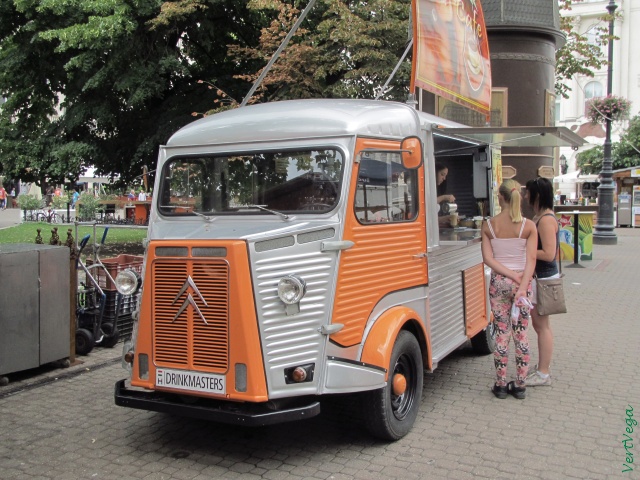 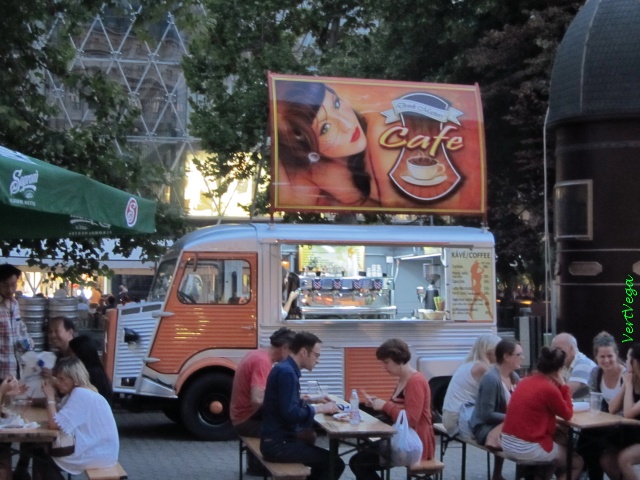 Excellent pictures and the full 51 points for a geniune overseas spot. Budapest, Vienna, and raking through the older pages of the thread, I did extract this picture from the "Spotted Xantias and other French Stuff thread" some connection with 102 dalmations i think. Should take your points total to around 153 for 3 overseas spots! 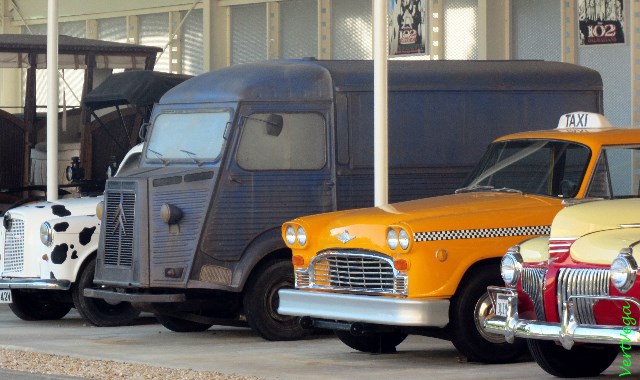