Just for a bit of balance, there is something about old vans which is appealing. Particluarly those with two eyes, a nose, and a mouth...the morris LD looks happy

while the Morris J s either shocked or glum 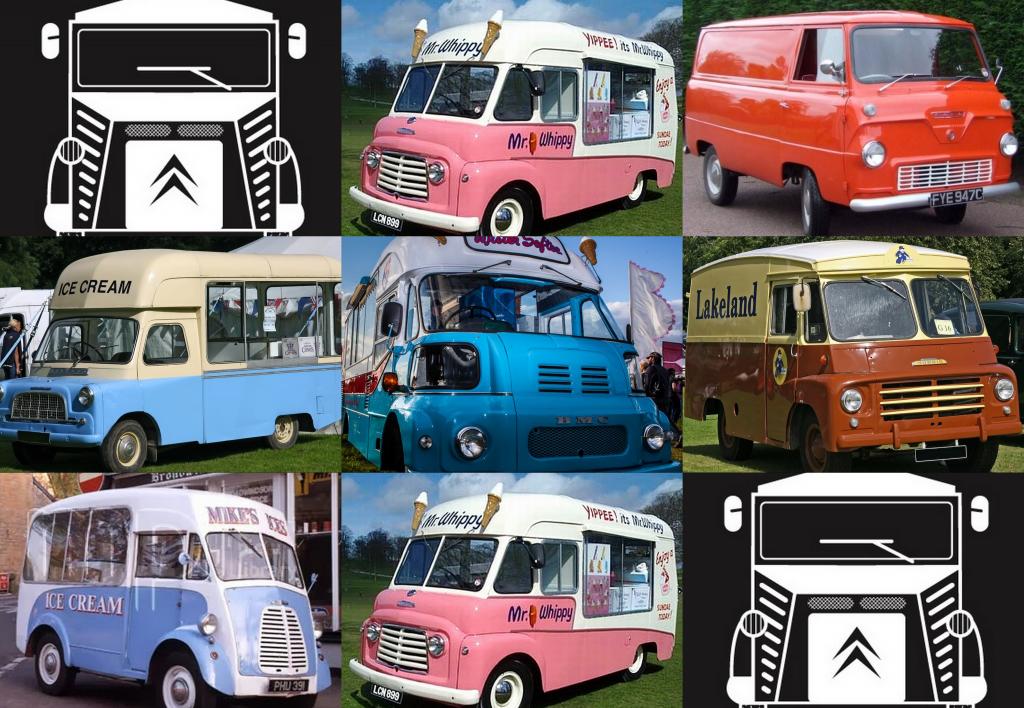 Oh then memories. I have fond recollections of each and every one of those as a kid

For the brown LD Van with "Lakeland" on it its "Graves" the Baker for me. Used to come around every week with bread/fruit pies and cakes.
I remember a bright orange cake with smooth icing all over and orange hundreds and thousands on the sides. A slice of that had us running around manic for ages!

I have spotted this "HY Kitchen" in Vienna Austria. (Thanks to Hell Razor5543 for the thread tip 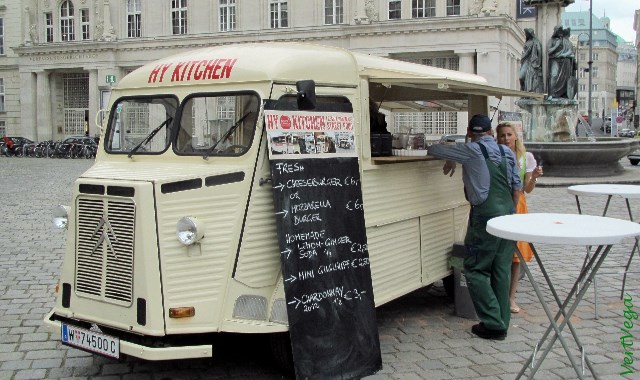 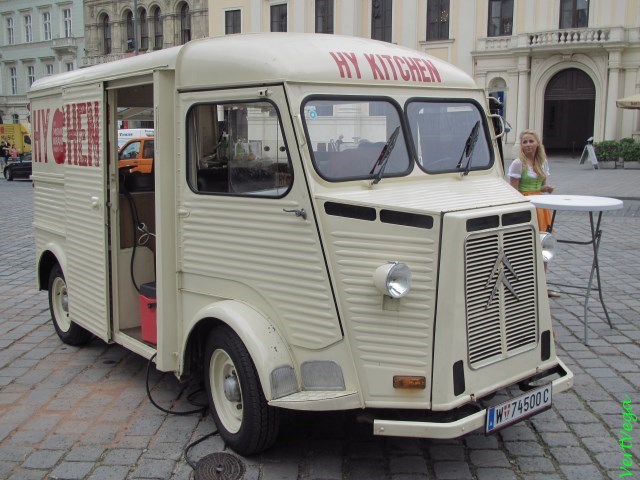 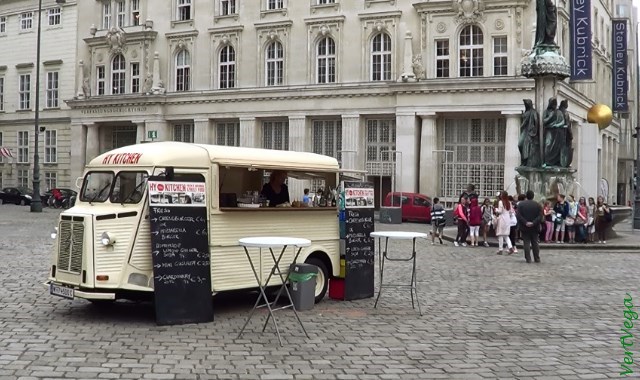 If you happen to be in Vienna just give a visit. Here are the GPS coordinates of the location: 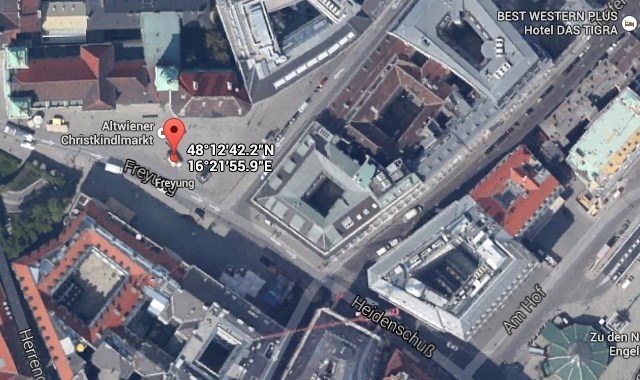 Thanks for the pics and as promised a well deserved 51 points. I like the sound of the homemade lemon-ginger soda. I have a batch of elderflower champagne 5 days into its fermentation and just about ready to bottle. The thread started with a visit I made to Edinburgh, and a stop off at a Citroen H Van selling soup up by the University, and has collected contributions from many parts of the Country, one from France, and now one in Austria. Strange thing is, in spite of its many other attractions if we happen to visit Vienna we will be looking for the HY Kitchen and that lemon-ginger soda as top of the "to do" list:)

Talking about vehicles with two eyes a nose and a mouth...

I like a bit of nostalgia from time to time. Like the I-Spy books, I also remember with affection the old ladybird books. As well as the usual well loved childrens stories, there were nature ones, and a decent crop of historical ones as well. They were always absolutely beautifully illustrated, and one of the artists was

John Kenney also responsible for the first illustrations of "The Eight Famous Engines" by The Rev.W.Awdry

The particular book which was also a favourite of our own girls growing up was "Tootles the Taxi". Lovely illustrations by John Kenney, giving character to each of the cars, vans bikes and lorries and simple rhymes. So if there is anyone else that remembers this little gem, I'll give you "Tootles the Taxi" from row 1, and "Oompus the Omnibus" from row 5, can you name any of the others.....? 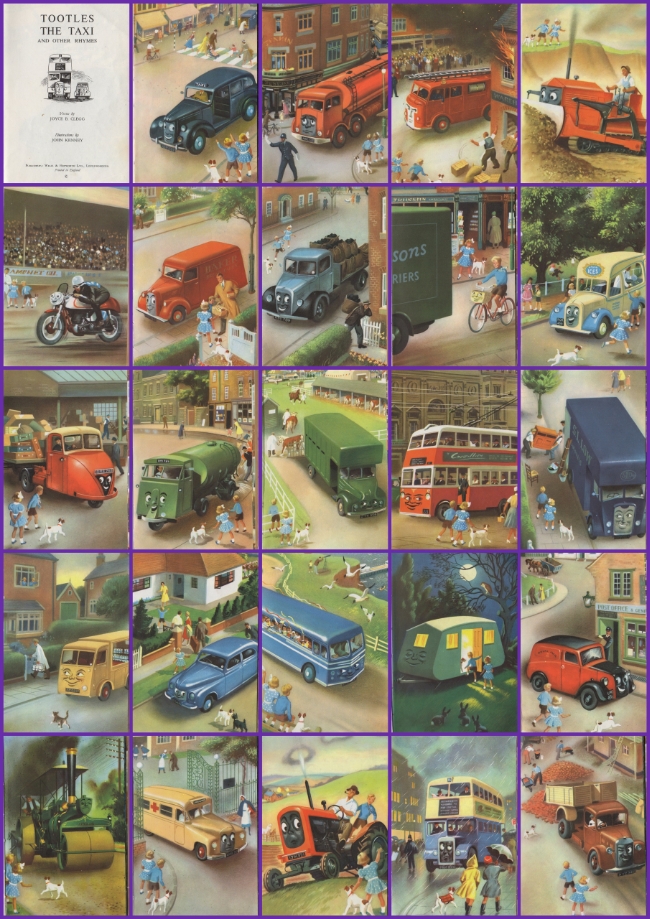 They really are lovely Neil....

You're really coming out with some real gems...

More stuff I grew up with

No details of when and where yet but the "Crema Caravan" is set to hit the streets of Auld Reekie soon..... 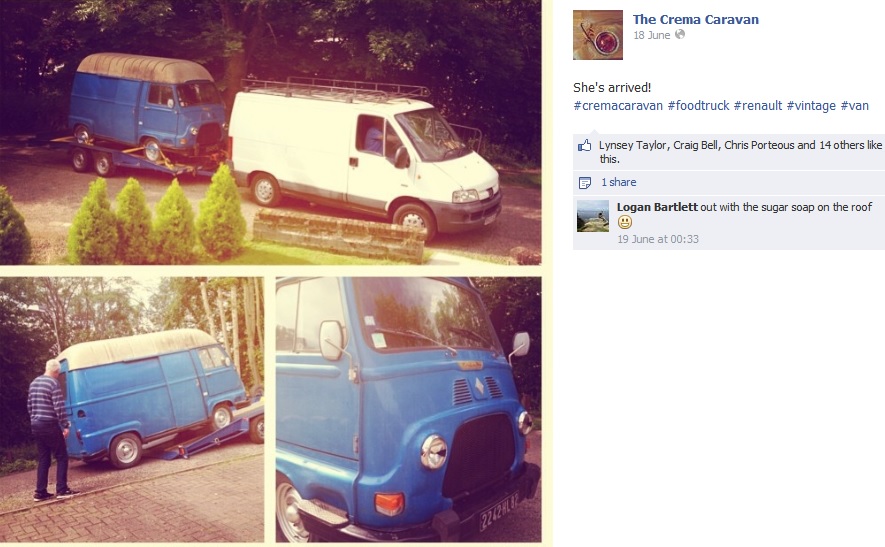 Yes, and in spite of the title of the thread, I think Big Chief I-Spy would be quite flexible with respect to points awarding, should the odd Estafette or Peugeot D3 D4 J7 or J9 try to sneak in 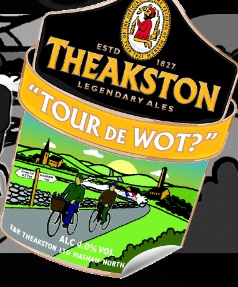 The Estafette is such a cute little thing... Mind you, back in those days most small and medium vans were really quite easy on the eye and then came the Transit and it all went downhill from there...
Top

No shortage of traders with H vans (and a few other vintage vehicles) at Glastonbury over the weekend!
Top

This looks like a typical pic of a Glastonbury van with mud and wellies to the fore! 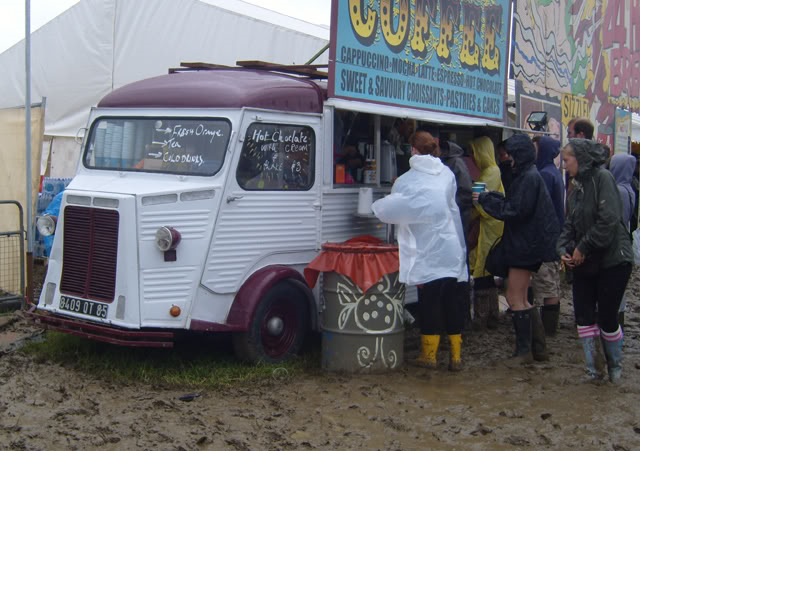 I dug it out from here

The accompanying writing is just a touch cynical

"The Citroen H Van. I took a photo of this one, thinking it quite quirky, nice to see, a turn-up for the books et cetera. Then I realised that the Glastonbury site is absolutely flooded with the old lugs, all fitted out for the dispensary of coffee, cakes, sandwiches, crepes, doughnuts and other comestible delights. And, inevitably, all purely intending to separate revellers from their cash. In deed, far from saying “oh, cool” on spotting an “H”, the angular Citroen fast became my nemesis. In the hemp-smoking (optional), alcohol-doused (obligatory), peace and equality-loving Glastonbury spirit, the Citroen “H” represented The Enemy. Identified by a constant queue of parched punters who really should have known better..they might as well have been operated by Starbucks .................." Chris Haining.

NewcastleFalcon wrote: The accompanying writing is just a touch cynical

Whoever he is he has no soul...
Top

At last, I got a call in Oxford, and can prove the existence of the H Van in my first post!;

Cynical in more ways than one: Glasto food and drink is by and large excellent and very reasonably priced.
Top

Yes, and rather hypocritical, as I presume no one forced him to go to Glastonbury at gunpoint...
Top
Messages: 622