It's not the fact the bolts are seized that's the problem - well, it partly is, the problem is that you can't get a socket on them, only a 10mm spanner, which you can't get enough grip on. So, the hub carrier has to come off.
Top

I might have a 10mm ratchet ring spanner if that would help. I cannot check at the moment, but I will once I have got back from the launderette tomorrow morning.
Top

The two 10mm bolts are just visible underneath where the flexi hose goes in behind the suspension arm. You'll see what I mean when I say they are inaccessible. I struggled to get a open-ended spanner on, a ring would be worse.

I wish I hadn't sold the V6, but I can't afford to buy it back right now! 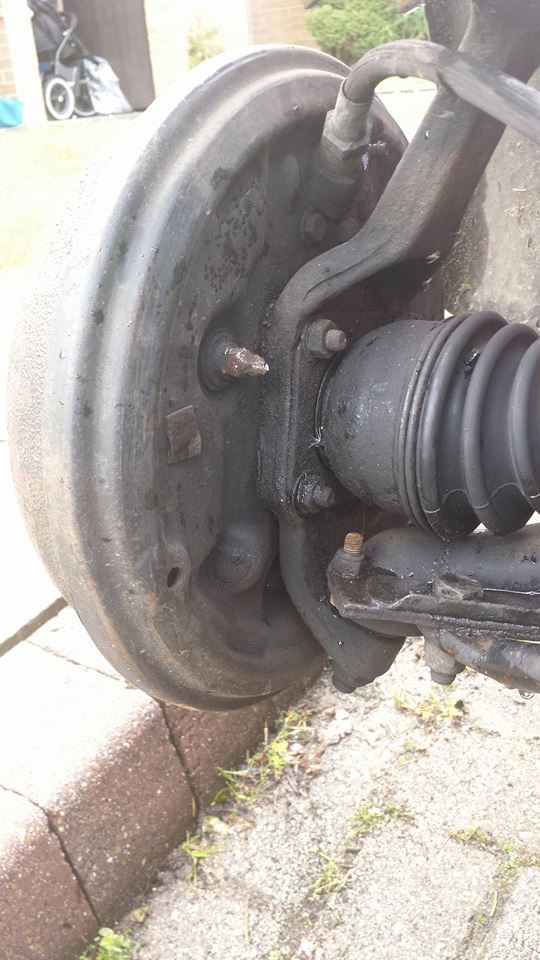 They look a real pain in the ass. Even taking the hub off the carrier doesn't look like you'll get a socket on them. Lots of swearing in the offing methinks.
Top

4 bolts - you can see two of them, two the other side of the driveshaft boot and the backplate and hub lift away from the arms, so there'll be lots of room (this is a 60s Renault, so nothing makes sense)..

If it really comes to it, I'll cut the flexi and put my long 17mm ring spanner on it to get it off. I'll simply grind the cylinder off the backplate. Violence, in some cases, is definitely the answer.
Top

Do you have to cut the flexi? I wonder (with care) if it would be possible to dismount the hub carrier while leaving the flexi intact. Then those bolts become more accessible.
Top

We'll see. The 17mm on the flexi is also stuck solid. If it won't move, I'll just cut it and stick a new one on.

Someone has just offered me the loan of a 1995 Jaguar XJR 4.0 Supercharged for the time the DRK is off the road..
Top

You lucky BAR STEWARD! I take it that the DRK will now be off the road until 31st June!
Top

Hell Razor5543 wrote:You lucky BAR STEWARD! I take it that the DRK will now be off the road until 31st June!

Though, having just ran it through Confused.com , it's cheaper to insure than a 90bhp Xantia... £270 fully comp with a £250 excess
Top

Flippin 'ell Mike, you seem to be having a poor run of luck with health and other events. Sympathies to you.

I have an extension handle on an outboard in the boat . It is fashioned with some nice fittings.
However, it is made from the shaft of an aluminium crutch. It serves to remind me that every day out in that boat is heavenly bliss, compared to the summer I spent on those crutches unable to fish!!
Top

Knowing how 10mm bolts can seize in wheel cylinders I don't think all the Plus Gas and fancy spanners in the world is going to do this. If you do get good purchase the bolts will surely shear. Also, the hydraulic pipe union is similarly likely seized and a new run of pipe will likely be needed.

Cylinder certainly will be toast.

It'll possibly (more likely) need the hub removing and the use of the hot spanner on the bench to resolve this issue...

I hope the CV retainer nut isn't frozen, for removal of the backing plate.

Flex looks like it would come free with a crowsfoot and persuader.
Top

I can only surmise that you lot are far too gentle in your methods of persuasion. 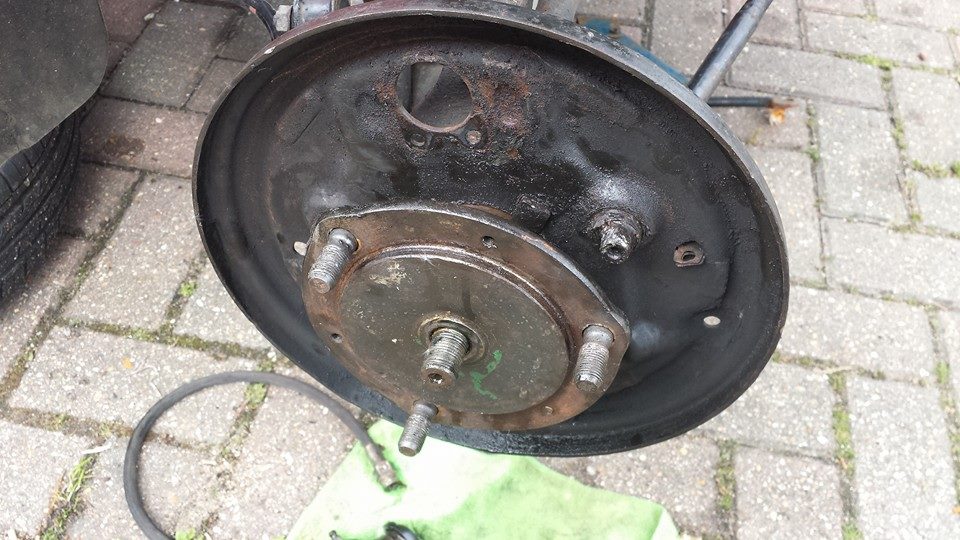 However, the flexi is well in it's hole. Heat and violence didn't help. I'll just buy another. The adjusters are knackered. I can get one of them to turn with grips on, the other is stuck solid, but someone has welded a 22mm (!) nut onto it, so I might expose it to the long bar tomorrow. 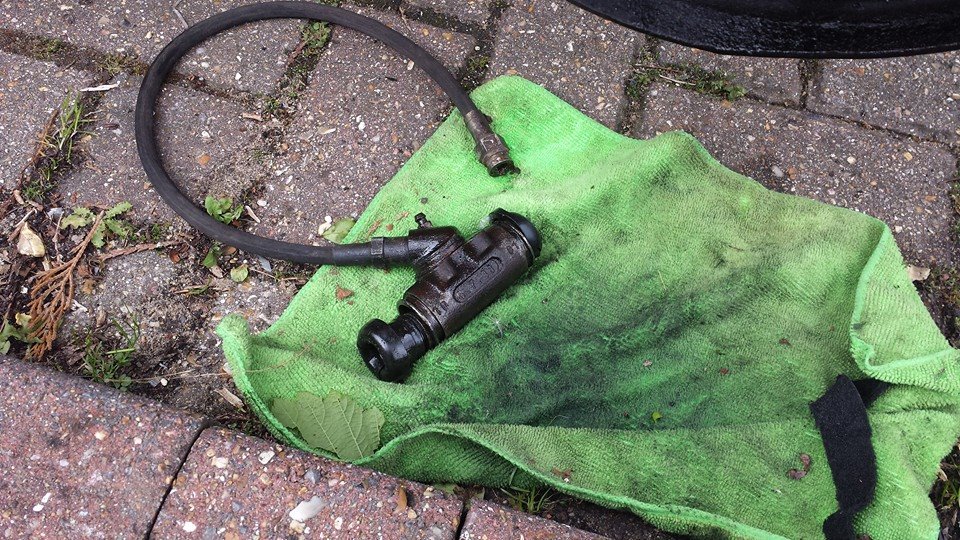 CitroJim wrote:Knowing how 10mm bolts can seize in wheel cylinders I don't think all the Plus Gas and fancy spanners in the world is going to do this. If you do get good purchase the bolts will surely shear. Also, the hydraulic pipe union is similarly likely seized and a new run of pipe will likely be needed.

Cylinder certainly will be toast.

It'll possibly (more likely) need the hub removing and the use of the hot spanner on the bench to resolve this issue...

Cylinder was knackered, hence the reason for wanting to remove it. One piston was seized solid, the other was weeping.

I removed it. The 4 bolts hold the backplate on. If you knock them out, the backplate moves round, so I was able to rotate it 90 degrees and get the socket on the 10mm bolts which surprisingly moved with nothing more than a good smack when under torque. The union at the body end of the flexi came off with no drama at all so I put the 17mm ring over the hose to get it on the cylinder end but try as I might it won't budge. I heated it up very hot with the propane gun and tried a few times, but I've no vice to grip it and all I succeeded in doing was snapping bits off the cylinder where I was holding it with the mole grips. I shall buy a new hose, I guess they are all much of a muchness.

I found a wheel cylinder on ebay for £7 inc next day delivery. The shoes are ok. I've no idea how to rebuild the brake or adjust it. That'll be a laugh. Bleeding it I can do. I guess I adjust each adjuster a little at a time until each shoe is just binding, then bleed again?
Top
Messages: 79