No you're not Mike, you've just seen the light.. You now understand all this gear changing and clutch work is quite silly...

So you'll be selling your Activa soon then?

I keep a manual car to remind me just how much I like an auto!!!
Top

By that logic would you like an outhouse to remind you how much you like a flushing toilet?
Top

Chris570 wrote:By that logic would you like an outhouse to remind you how much you like a flushing toilet?

Ahh but one of those can be good for the garden Chris...
Top

I'll build you one then
Top

Better than a gazunder!
Top

Well, last weekend I drove nearly 700 miles in the DRK. I had a sore backside after that, I can tell you. I also got sodden wet on the way back down from Lancashire and ended up changing all my clothes at Hilton Park services, as I could take the dampness no more. It had actually stopped raining before I left Lancashire, but I got caught in a Thunderstorm putting the DRK roof on, and got soaked. Then realised I hadn't taken part of the roof, so my efforts were wasted. I took it off again, and drove down to Reading topless again. I was damp and cold when I set off, though it didn't rain, it was about 8pm, and I was no dryer or warmer by the time we had a fuel stop at Hilton Park, about halfway. I was following Mrs Northern_Mike who was in the Berlingo with our son, so I just grabbed a handful of dirty, but dry clothes out of our suitcase and put them on. It got a bit nippy when we got stuck on the M6 south of Spaghetti Junction for 25 mins stationary at 11:30pm (!), after which Mrs NM appeared to get fed up at driving at a comfortable speed for the 3-wheeler (it's comfy at 65-70) and simply disappeared. I tried to keep up for a while, but gave up, snuggled down in the cockpit and turned up my music. I got home about 1:15am

All this travel at speed - and I thrashed the poor thing all the way up to Lancs, possibly averaging a speed I should not have - appears to have done it no good at all. Some rough running crept in during the week, and coming back from work at 5am one day (convenient) it was bearing on undriveable without either full throttle or loads of choke. A clear case of an air leak on the inlet side . A few minutes with a spray bottle of a flammable liquid while ticking over and revving it proved this. I ordered a gasket off eBay, amazingly got the right one, so after venting some fury on the Xantia this morning, I thought I'd better fix the DRK, or at least make a start.

Taking the side panel was easy. 2 screws, as two have gone missing somewhere on my journey. I thought I'd go for doing it quickly, so armed with a 13mm spanner, a variety of ratchets, extensions and 13mm sockets of various depths, I set to work. 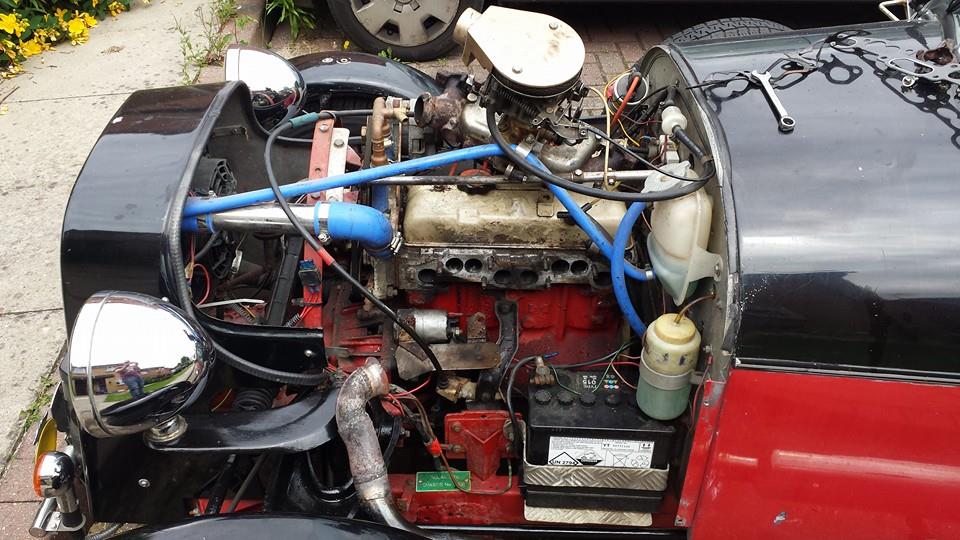 Took me about 20 mins to get to this stage, simply because two of the nuts are simply inaccessible with anything other than an open-ended 13mm spanner and you can only turn it 1/8th of a turn each time, and there's a long thread on the studs. Everything came apart remarkably easily after I soaked it in WD40 penetrating fluid a few days ago, I got the engine nice and hot first, and miraculously only burnt my arms twice on the exhaust pipe.

You can clearly see where the old gasket was blowing.. almost everywhere! 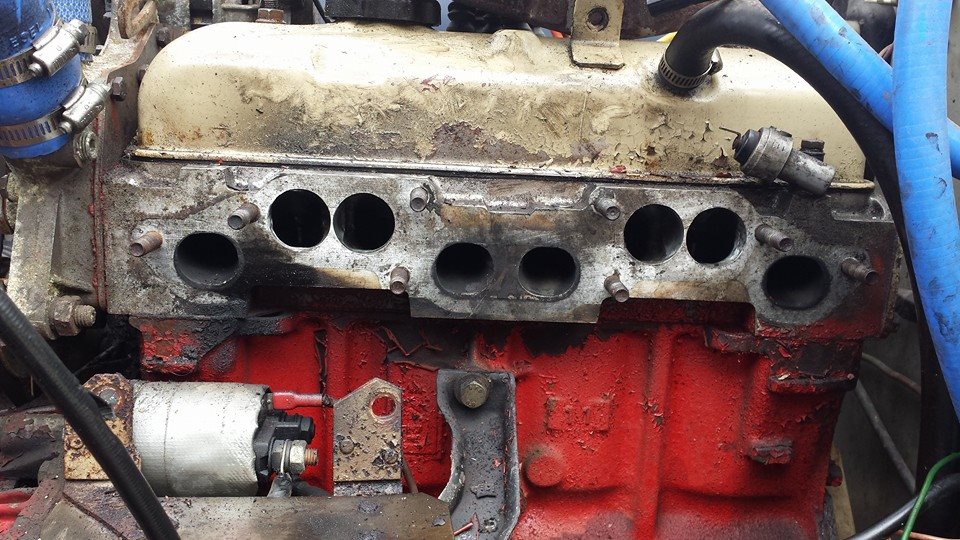 I cleaned the head up with a brillo pad and it came up pretty well, and that removed all the crud and remains of the old gasket. The manifolds were a little worse, especially the exhaust manifold. Lots of roughness and glazed bits on it, so I got the dremel out with a light sanding attachment on it and cleaned it all up, then used a small flap-wheel on it to clean the inlet part of the manifold.

I then whizzed it all back together. Then it started to rain hard, so I didn't get chance to strip the other side and replace the fuel pump, that's tomorrow's job. 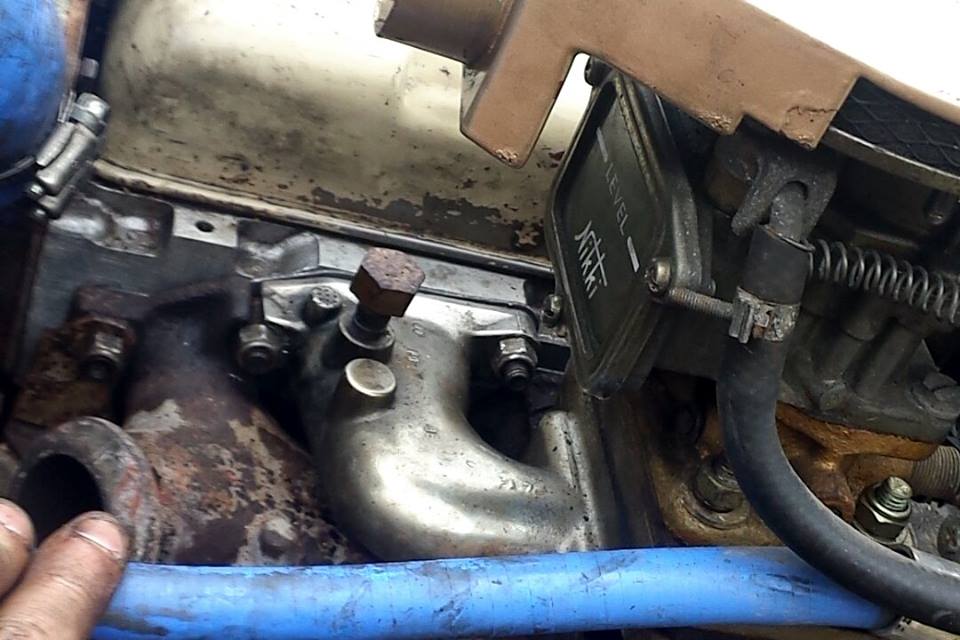 Nice new gasket freshly squeezed in place. Yes, that is the exhaust manifold exit by my hand, yes it exits pointing forward. It's French, did you expect it to be normal?
Top

Yes, yes, yes, I know I should wear gloves. I even have a box of them. I even got a pair out to wear today, then did a few things where I just KNEW I wouldn't get any crud on my hands. I KNEW! Of course I did, and it was too late by then..
Top

Sounds like you had fun! (Runs and hides in the fallout shelter!).
Top

Was a successful afternoon's work, almost more than I've ever achieved on a Xantia without something else going wrong in the process, so yes, it was fun, apart from the rain at the end of the day.
Top

northern_mike wrote: Everything came apart remarkably easily after I soaked it in WD40 penetrating fluid

northern_mike wrote: Everything came apart remarkably easily after I soaked it in WD40 penetrating fluid

I didn't know either until I went into Halfords to buy some of their own brand stuff, and the WD40 stuff was next to it on the shelf. Cheaper too (smaller can) so I bought some to see if it was any good.
Top