Having a rare day off today, so plan of attack is to replace the exhaust with the new one from Poland, and see if I can stop the LHM leak. There's a couple of other little things I want to do, such as strip the centre console out to find out why the the gear selector isn't lighting up, Paul has supplied me with another unit just in case it's something more serious than a bulb.

The last thing on the car then is to replace the ultrasonics (again supplied by Paul) as they go off for no reason.

Once that's been done, and Paul has some time, she's going over to Paul's to have the heater matrix done, whilst the dash is out, I'm planning on changing all the dashboard bulbs as there are a couple out, Has anybody put LED's in to replace the normal bulbs?
Top

Well, not quite as productive as I would have liked, but still something's achieved, the old exhaust has been replaced by a shiny new one.. 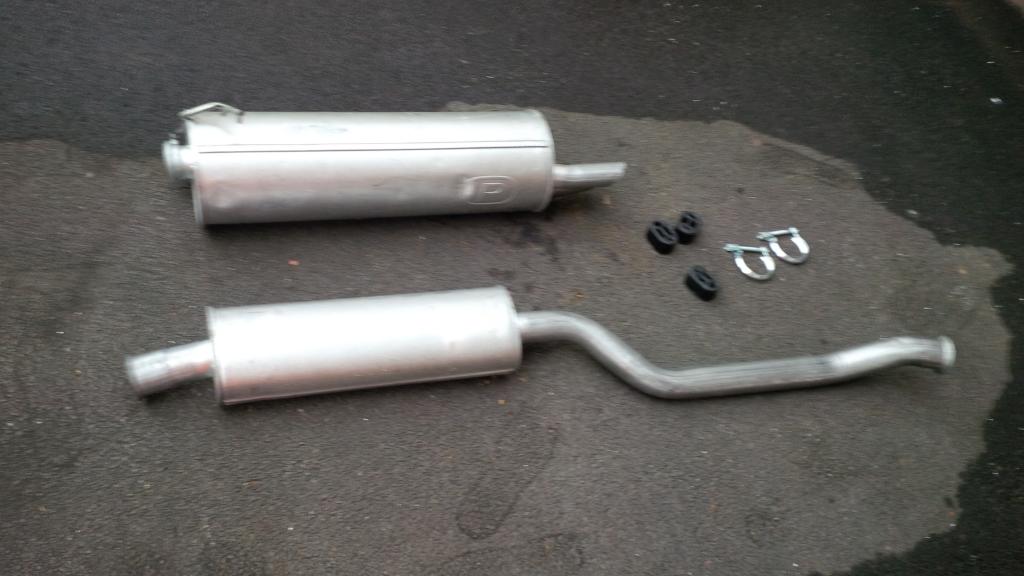 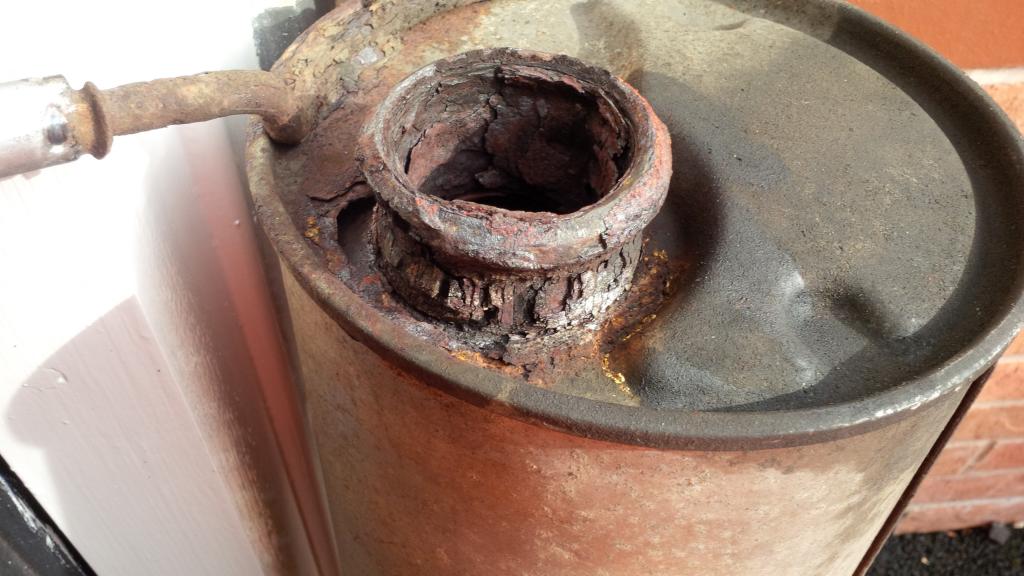 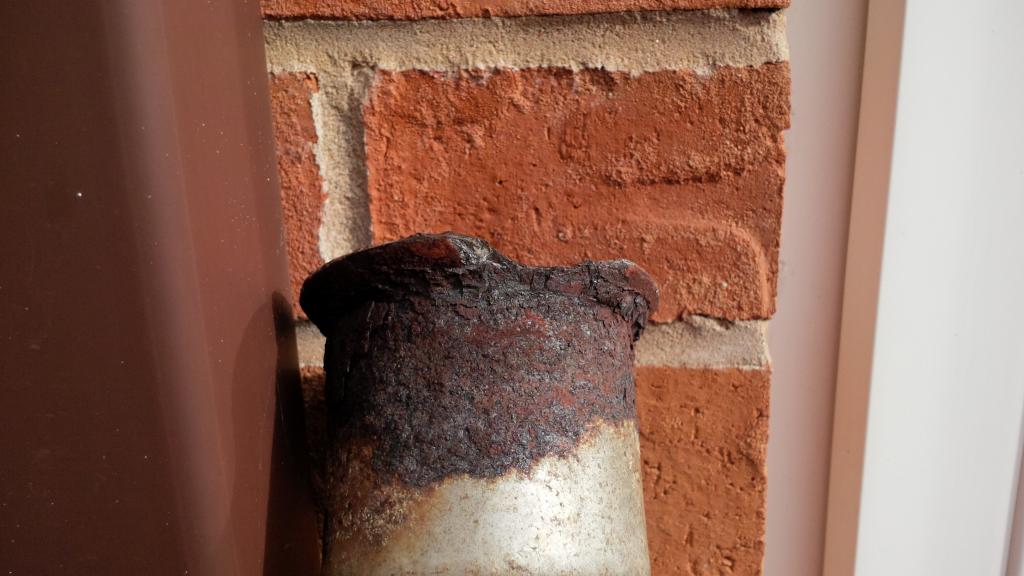 As was inevitable, the clamps between the two flanges were to small for the pipe, so I ended up going and buying a couple

once that was done, I decided to tackle the gearbox lights, I'd spoken to Jim at CXM and he said that he thought there was a prism inside, there isn't. Just a good old fashioned bulb, that was duly replaced and is working. Next on the list was the ultrasonics, and having swapped the driver's side first, tested it. No. still not working, replace the passenger side. No still not working.

So still got the LHM leak to do, I didn't want to do that today as SWMBO

I can't see the problem Steve. Years of life left in the old system. I mean, it's not holed is it?

Did you buy a couple of the Polish ones? Good value just to keep as a spare for later..

Be interesting to see how long the Polish ones last compared to OEM.
Top

I've no plans to keep the old one Jim, our garage is already full so if anybody wants it they're more than welcome, just need to let me know before I bin it in the next couple of days.
Top

Steve. I was joking!! Too early in the morning I guess

But I suspect you're right.
Top

Did the polish one include the cat as well?
Take it down the local metal recycling centre Steve and get some £ back

KP wrote:Did the polish one include the cat as well?
Take it down the local metal recycling centre Steve and get some £ back

Actually I could do, didn't think of that

KP wrote:The only way I can see that polish one lasting as long as the original Jim is by sealing the outside with a heat proof lacquer and making sure the exhaust gets very hot every month or two to ensure no nasty acidic moisture sits in it for long

Centre pipe and back box, Will, as for getting hot. Well, there's no issue with that, it's my daily driver

The old exhaust was very crusty Steve , the old girl must be transformed now

She sure is Mark, I can actually hear the radio now

I managed to resolve the LHM leak yesterday, it turned out to be a return pipe in the Drivers side wheel arch, the rubber pipe had snapped off 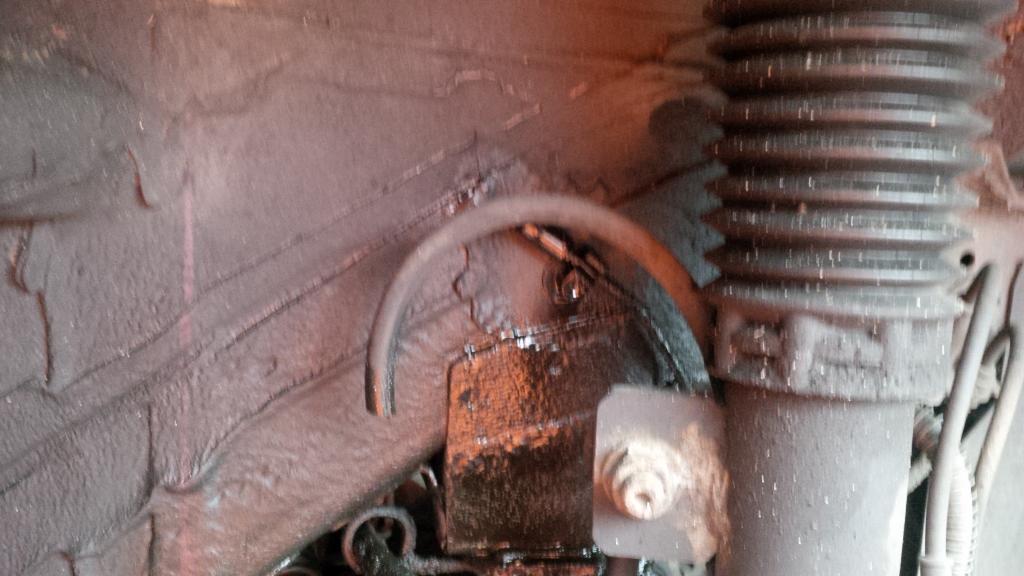 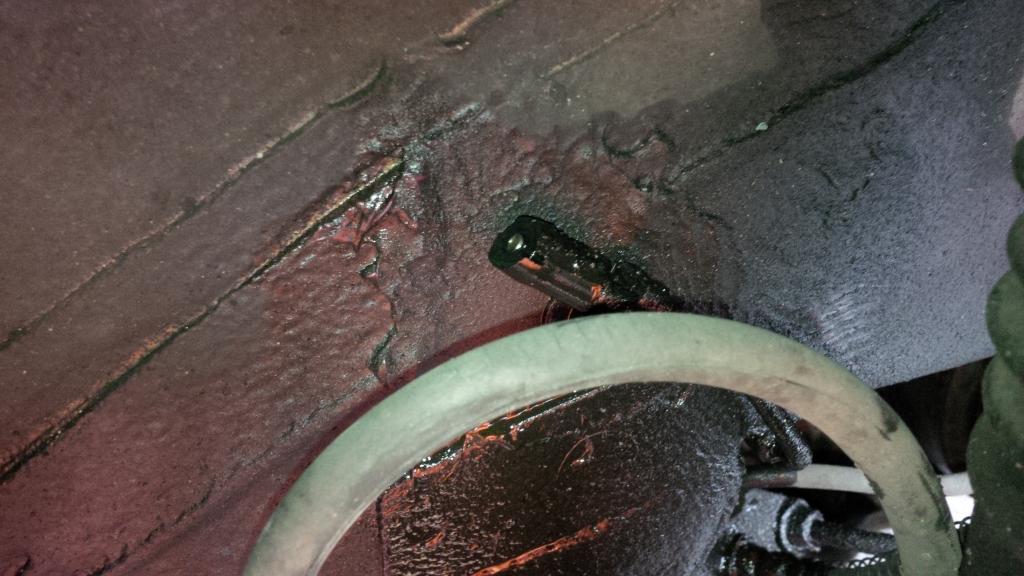 so that was an easy fix. bleeding the system was a 'tad' harder as the only access you have to the bleed screw is from underneath, which of course you can't see

so, slowly getting through things, but I'm coming to a stop, shortly, otherwise Paul will have nothing to do........

Those leakage returns failing are a very common problem now Steve. One on a F fellow WFA'er's car and one nearly on my Activa..

Time to get more in stock methinks...
Top

I got the CORRECT clip pliers, and NOW the strut clip is a doddle to close up!!
Top

citroenxm wrote:I got the CORRECT clip pliers, and NOW the strut clip is a doddle to close up!!

Cor yes, it makes a hell of a difference. It goes from being a cussworthy job where severe clip damage is a real risk to a job that takes seconds

Those tools are worth every penny.
Top