It's really trying your patience Steve. I think it would have got a gallon of petrol and a match from me by now. I hope that you manage to get to the bottom of it's problems cos it's a lovely car and I know how you love it when it's working.
Top

daviemck2006 wrote:It's really trying your patience Steve. I think it would have got a gallon of petrol and a match from me by now. I hope that you manage to get to the bottom of it's problems cos it's a lovely car and I know how you love it when it's working.

Its kind of strange, I know that if anybody can sort out the box, it's Jim, the only thing I dread is what else he'll find.........

I think, I'll take a roll of wallpaper so we've something to write the list on

Trainman wrote:I'll take a roll of wallpaper so we've something to write the list on

No need Steve. I have loads of blue roll here. About 20. I'm sure we won't need that much unless there's a lot of blood, sweat and tears to wipe up

Anyway, I'm certain the car is not that bad but if you want me to do what I did to Simon's than I'll be very happy to

Steve i have a part for Jim if you could pick it up later in the week at all and take it down to him or i could leave it at the station later?
Top

CitroJim wrote:
Anyway, I'm certain the car is not that bad but if you want me to do what I did to Simon's than I'll be very happy to

daviemck2006 wrote:It's really trying your patience Steve. I think it would have got a gallon of petrol and a match from me by now. I hope that you manage to get to the bottom of it's problems cos it's a lovely car and I know how you love it when it's working.

Don't give up yet Steve - of everyone here I can relate to your predicament the best...

Let Sir Jim run his magic wand over it and see what he comes up with. I didn't get to see under the bonnet of your Xanita V6 but from the ride I got in it I was impressed with its general condition, and how many other Xantia V6's are there that will do over 50mpg on LPG ??!

Not to mention, how many Red Xantia V6's are left - not many, and probably none with LPG!

If the problem is electrical I would definitely persist. If it turns out to be a mechanical problem inside the gearbox itself I would have second thoughts though... but I still think it's an electrical fault, but only getting the Lexia onto it will help us figure that out.

I'd be checking the wiring between the new gear selector switch and the ECU and between the gearbox kostal plug and the ECU with a fine toothed comb for chafed or broken wires - one wire that is chafed through and shorts to the chassis when the car moves a certain way is all it might be...(unfortunately pinning those kind of problems down can be difficult...)

Let's see what Jim comes up with, and lets see if we can get your Lexia working with a 30 pin adaptor and then we'll have a lot better handle on the situation.

By the way, if you drop into hydraulic emergency mode and the problem is only an electrical problem and there's nothing mechanical wrong with the gearbox, it's relatively safe to drive moderate distances in that state - certainly to get yourself back home.

I wouldn't drive from one end of the UK to another but taken gently up to 50 miles or so should be fine. You'll be in 3rd gear all the time and the torque converter will always be unlocked - this means you'll have gutless acceleration and the gearbox will heat up a lot more than it normally would due to the torque converter losses. Cruise gently at 60mph or below and take it gently on the hills and you should be ok.

I've tested my old one over about 10 miles with the ECU fuse disabled back when I was troubleshooting the gearbox to rule things out and didn't have any problems.
Top

xantia_v6 wrote: When the switch went on mine, one of the lines was sometimes high when it should not have been. This would produce a code that should have been impossible, causing the ECU to go into limp mode. I don't think any maladjustment could cause this, as in general there is no other sensor that can contradict the multi switch (at least with the car stationary).

If you look at the diagrams of the switch and the description in the 4HP20 training manual there are more switch contacts than there are positions. (At least on the S2 version)

There are switch positions for 1,2,3,D,N,R,P of course, but there are also contacts for every in-between position as well. These in-between positions are considered to be "invalid" by the ECU - spend any amount of time in one of these invalid positions while driving and the ECU will record a fault and possibly drop into emergency mode.

These in between contacts are what causes the red reverse light to flash as an error on a S2 if the gear lever is stuck part way between reverse and park for example. (Had that happen to me once - couldn't start the engine and couldn't release the gear locking solenoid without manually pushing it with a screw driver...)

BTW Steve, you have said several times that the transmission goes into 4th gear when limping. I hope that it is really 3rd, as that is what they are designed to do.

If you're already in 4th gear when the gearbox drops into hydraulic limp mode it will stay in 4th until you come to a stop and turn the engine off.

This is to prevent the risk of over-revving the engine should it go into limp mode at say 120mph and try to force it down into 3rd.

Once you start the engine again you'll be in 3rd, and if you were in any other gear than 4th when it went into limp mode you'll go straight to 3rd.
Top

First and foremost, Thanks to David, I've managed to get the Lexia on the Xantia tonight, Usual faults, like steering wheel angle sensor until I got to the Gearbox and then it through up these: 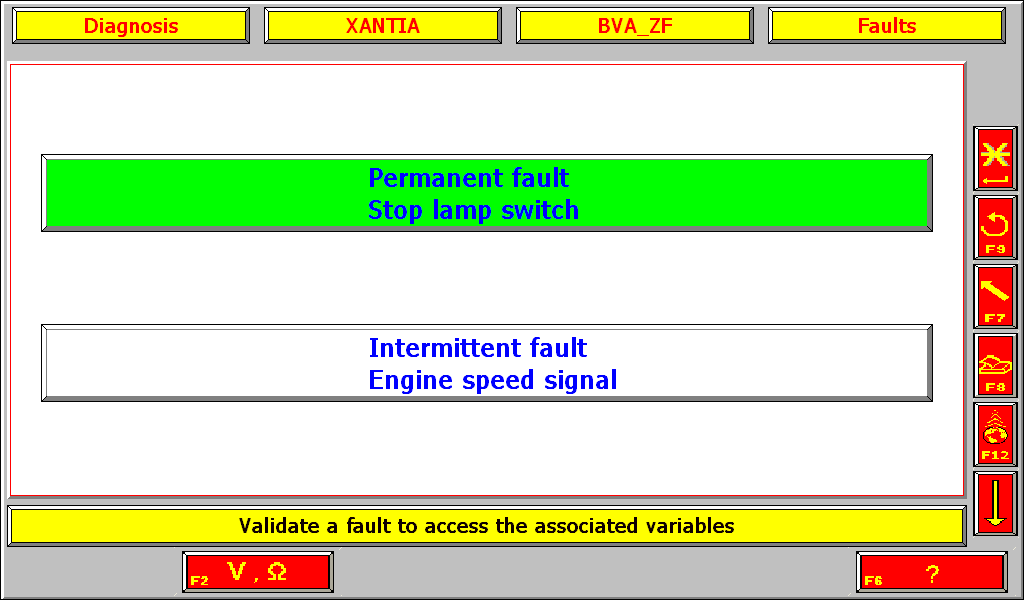 Going into the The engine speed gave this: 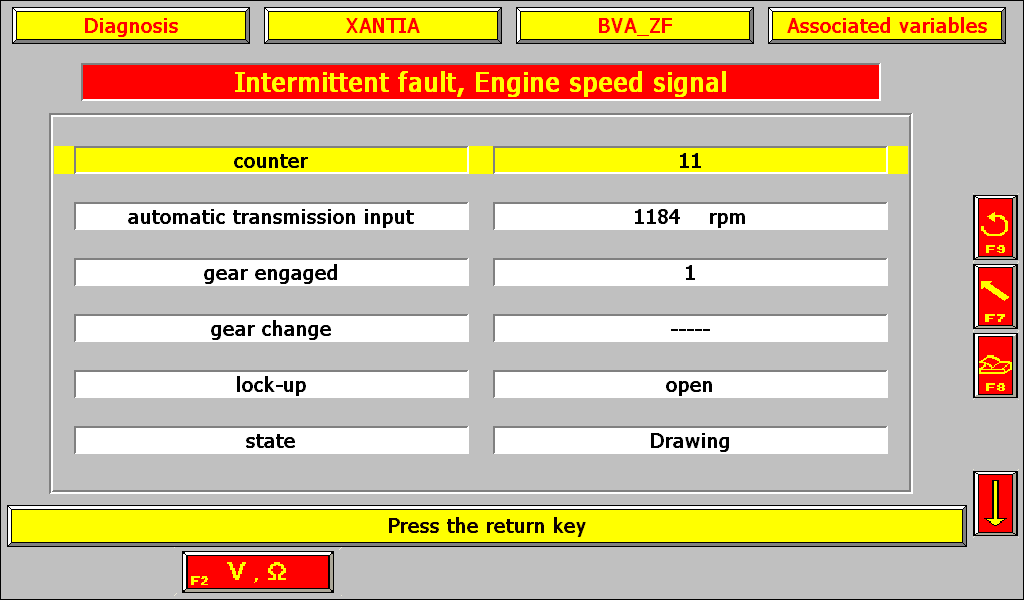 The only other faults were these two, which I'm not overly concerned about, or should I be 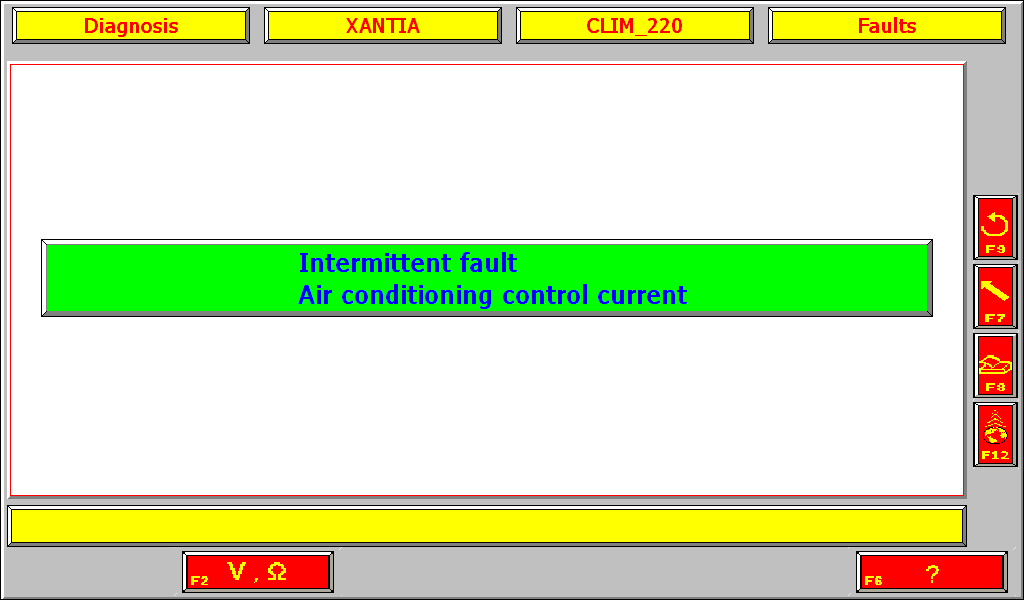 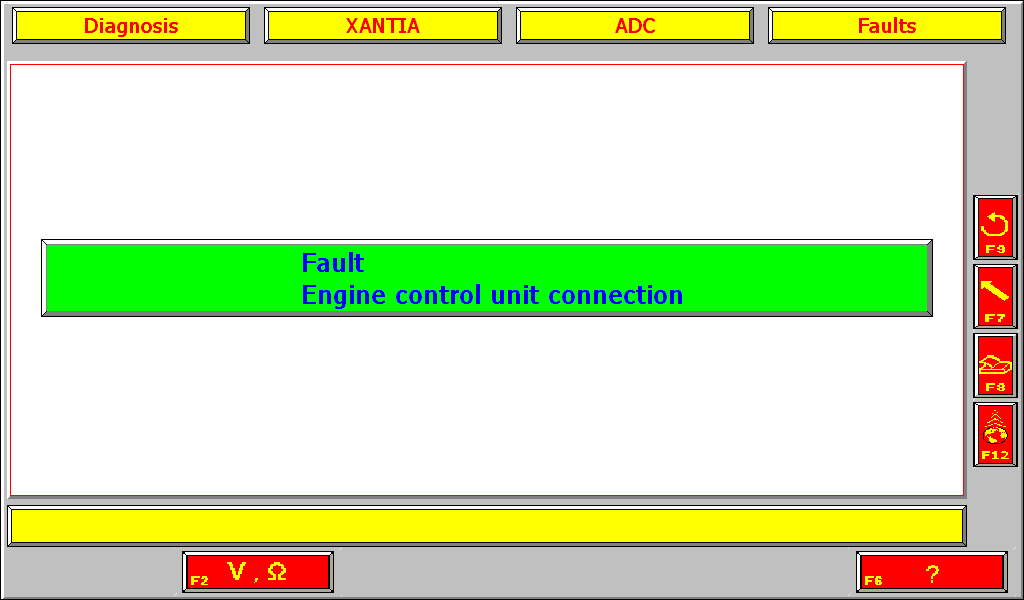 Other than those a clean bill of health.
Top

The brake switch fault is not a problem. You have to press the brake pedal before reading faults and then it won't come up.

I am very interested in the speed one though...

Did all the faults clear?

If so, it'll be interesting to do an ECU read again if the fault reoccurs...

This problem is going to be solved

Must be two years since I've used it!!

Engine speed sensor was what was upsetting the C5... it was an intermittent problem as well.

I changed the sensor (about £23 for a genuine one and a few swear words to fit!) and noticed that the cable going into it was frayed slightly. After tidying it up all was good again

I will swap it for you on Monday... Another thing we can rule out...
Top

I'd take it for a drive and see if there is a way to live monitor the crank sensor and see if it has any 'hiccups' whilst driving normally as if yours is like David's was on his C5 then certain driving conditions could lead to the break in the cabling and thus the fault occurs and gearbox ecu defaults and tries to save it self.

One thing worth maybe doing is checking some gearbox fluid. If it's been slipping the torque convertor and not locking it up fully then there could be more than normal metallic debris in there so a flush would be worthwhile to ensure longevity

The reason its a critical fault that forces emergency mode is that the gearbox ECU can't measure the slip across the torque converter without the speed signal from the engine - and torque converter slip is an absolutely critical piece of information used to regulate the pressure to the lockup clutch. As soon as the engine speed signal drops to nothing for a fraction of a second the gearbox ECU will immediately panic and go into emergency mode.

Definitely get that crank sensor replaced, it's very likely the cause. If not that a bad connection between the two ECU's on the lines which the speed signal are passed over.
Top
Messages: 1476