Excellent, gives me an idea where to look now.
Top

Nope not touched it at all, left it alone all day, I just thought that seeing as David's box was similar it was good to ask the question....
Top

If you look at the state of the workshop floor around it you can see why I am getting rid of stuff I don't need!

What's that sticking out of the side of the gearbox David? Looks almost like a driveshaft?
Top

CitroJim wrote:What's that sticking out of the side of the gearbox David? Looks almost like a driveshaft?

He's just pleased to see you.

or it's a shaft as mentioned in the ad

It is a stuck shaft Jim. I welded a piece of pipe to it to see if it could be budged but ran out of time and haven't tried again since!

What brand of flasks Davie?

That'll be a fun task, extracting that shaft David. Heard of them getting stuck before...
Top

First and foremost a HUGE thanks again to Jim for posting me the switch...

Guys you were right, it wasn't to bad to do.

Bog standard start, air filter and battery off so I could see the little devil in situ 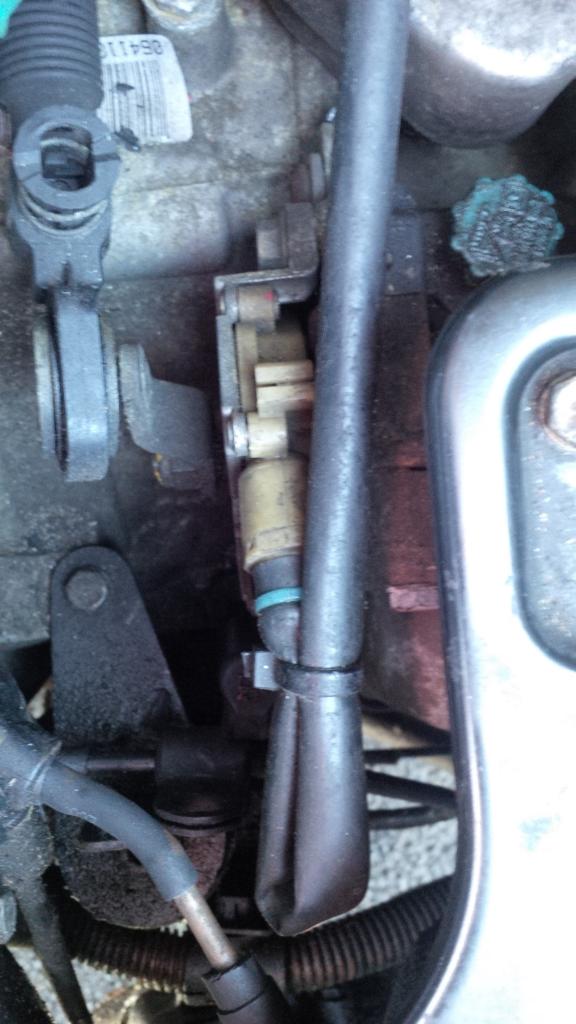 next trace the cable back to the joint, located under a pile of other stuff, you need a lat blade screwdriver to just lift the brown connector lock, before it will come apart, oh and the wire comes out from the top of the plug, because the plug itself has a plastic push clip holding it to a bracket. 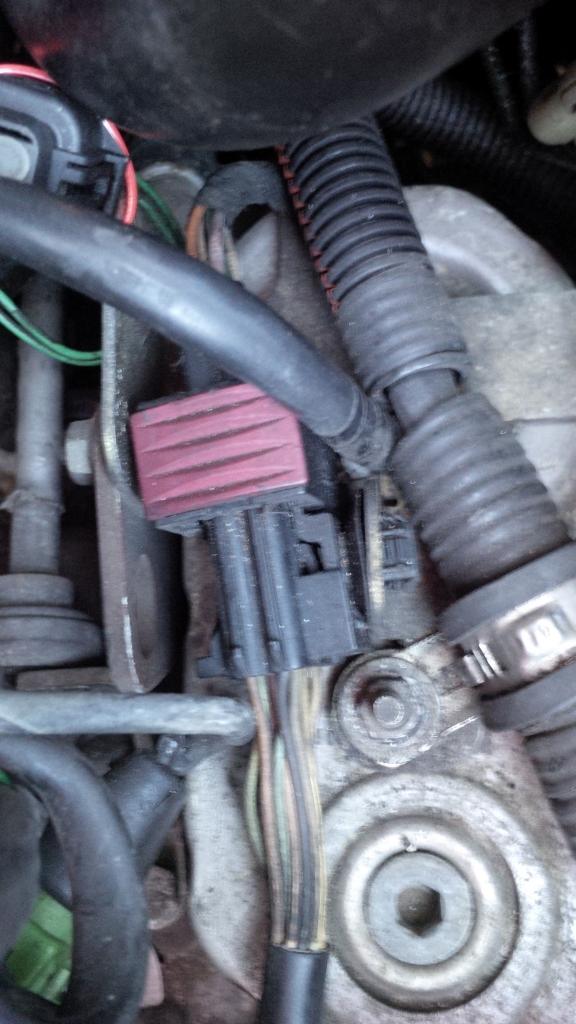 There's 2 x 10mm bolts, one at the top and one at the bottom, which you (surprisingly

) can't see, the only way to get at the bottom one was a small socket, I tried everything else including a swivel ring key, There's also a 13mm Nylon tight nut which holds the cable to the switch, so I started with the top 10mm, then 13mm and finally bottom 10mm. There are also a couple of small LHM return pipes that I kept pulling off so beware of those, they just push back on. TIP When you have the air filter off, put something over the air intake pipe, I dropped a socket down there, which took me 10 mins of cursing and fiddling with a magnet before I got it out..

This one shows the spindle the switch sit's on, after the old one was removed, this is the old switch 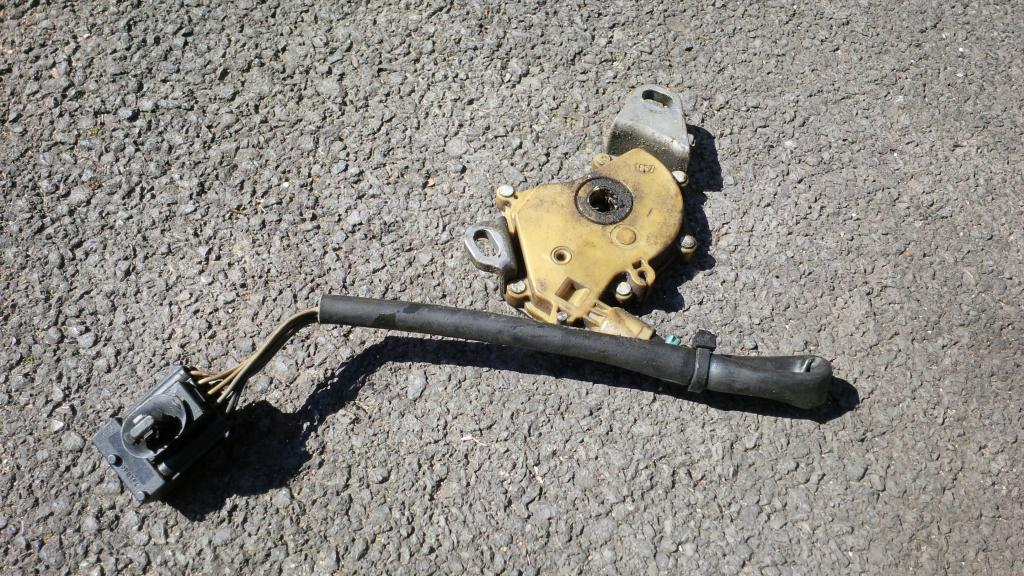 and the new one supplied by the "Oracle" AKA Sir Jim 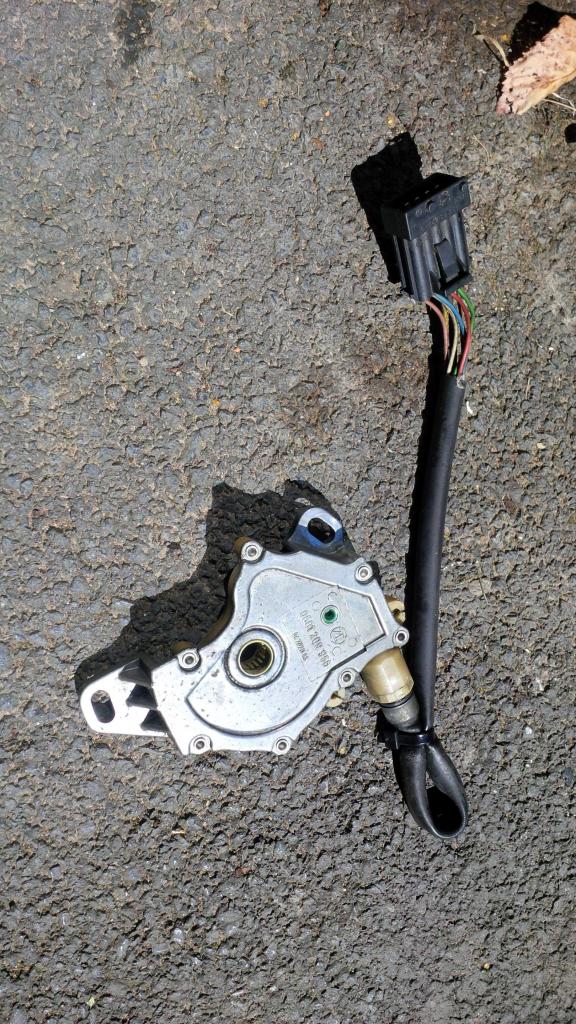 I took her out for a quick spin after finishing and all appears good, the real test will be tomorrow as I take her over to Runcorn in the morning. 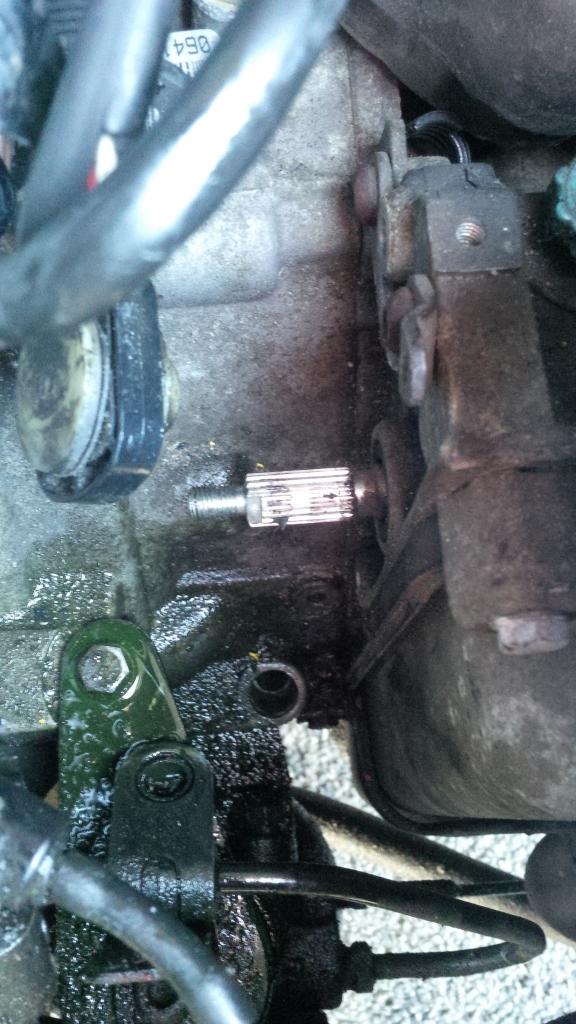 Mike, if you driven 've off after starting the car, it wouldn't change out of first gear, however, if you stopped, put the car into reverse, I here was a double thump from the gearbox, if you then when back to 'drive' the would only pull away in top gear, and it didn't matter what gear you tried to selected it was either first or forth.

What confused me most, was if, after driving off in forth, you stopped the car and turned the engine off, when it was restarted it would be in first again, and again wouldn't change up gears, either automatically or manually..
Top

What's that splash of LHM in the last photo on the pressure regulator bracket? It's not the in the first photo

It's from where I pulled a return pipe off Jim, cleaned up before being put back together
Top

Trainman wrote:It's from where I pulled a return pipe off Jim, cleaned up before being put back together

I know the one, on the Hydractive electrovalve. So easy to do...
Top

Hope everything is ok now Steve, that V6 has been pushing you to the edge