citronut wrote:Steve
im sure both those strut tops will be fine with a couple of gallons of cure rust

Fake Concern wrote:I've just read through this thread, another adventure indeed! Car looks lovely, I can't wait to see it at a show next year after you have finished fixing every little thing.

Thanks, There's still some stuff to do, but slowly getting there, I think the first rally it will be at is the X Rally in April time?

Things are not well in the Xantia camp

For some strange reason the Xantia has started to cut out when I'm slowing down for no reason what so ever, what makes it worse is the fact that it's intermittent ......

It's done this 3 or 4 times over the last month and there is no pattern to it, It could be from doing 70 on the motorway or 40 on a dual carriageway, but the only constant is when I'm slowing down.

I did wonder, given the previous gearbox issue if it could be related somehow, perhaps the box not changing down fast enough

It sounds more like an earth issue. If the engine is dying as the V6 would just about cope with idling at 500rpm although it wouldnt feel or sound nice and it certainly wouldn't like it, and if your slowing down it will still be getting some drive from the road wheels/gearbox, even though its an auto.
Top

It's getting drive Will, and it fires back up straight away, it's almost like it's cutting out and then bump starting itself straight away, although that's happened a couple of times, it's also just cut out and needed to be restarted on the key
Top

I'll stick with earth, loose connection be it in or out of the ecu, I wonder if a connection to the Coilpack being iffy could cause it..
Top

Well, I haven't had chance to look at the Xantia since before Christmas and to be honest, it hasn't done it since

I've taken a few days off towards the end of the month as I need to get the brakes and droplinks sorted, and I'll have a look at the earthing issue at the same time, I'm also planning to have a look at the cruise control as that needs to be sorted and whatever else I can manage to fit in.
Top

Right then here we go, "my man that can" and I spent some time together on Tuesday and Wednesday and he's replaced the brakes all round that new disc's and pad's, Here's a shot of the front brake pad's showing just how worn they had become... 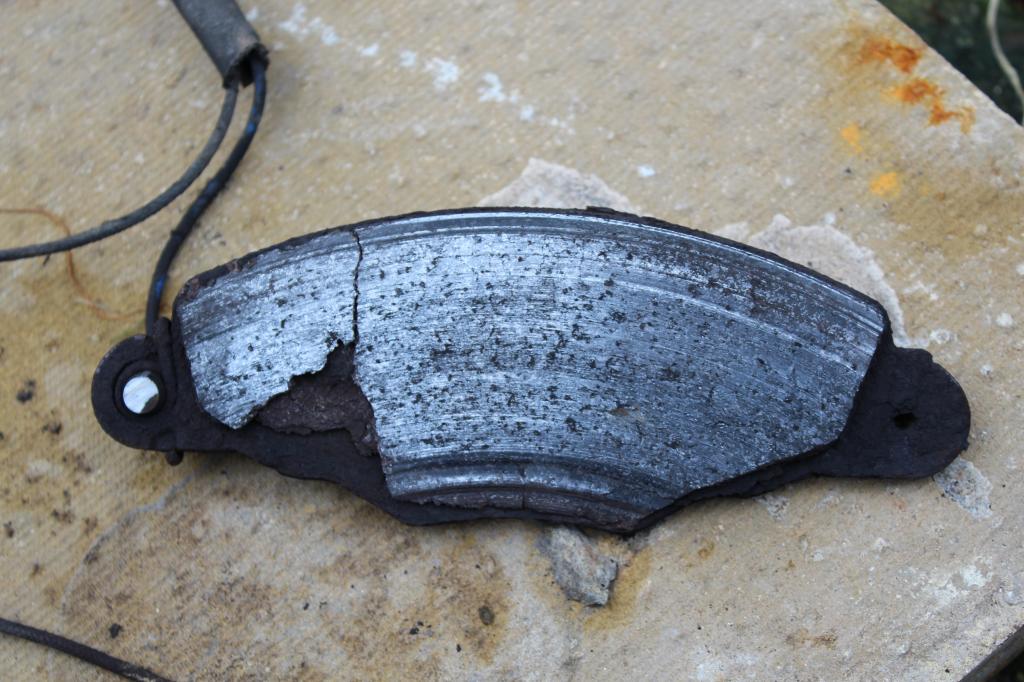 This one shows one of the rear pads, it shows the damage caused to the pads because they had become twisted, as you can see, there is a "lip" at the top of the pad, where it hadn't been touching the disc. 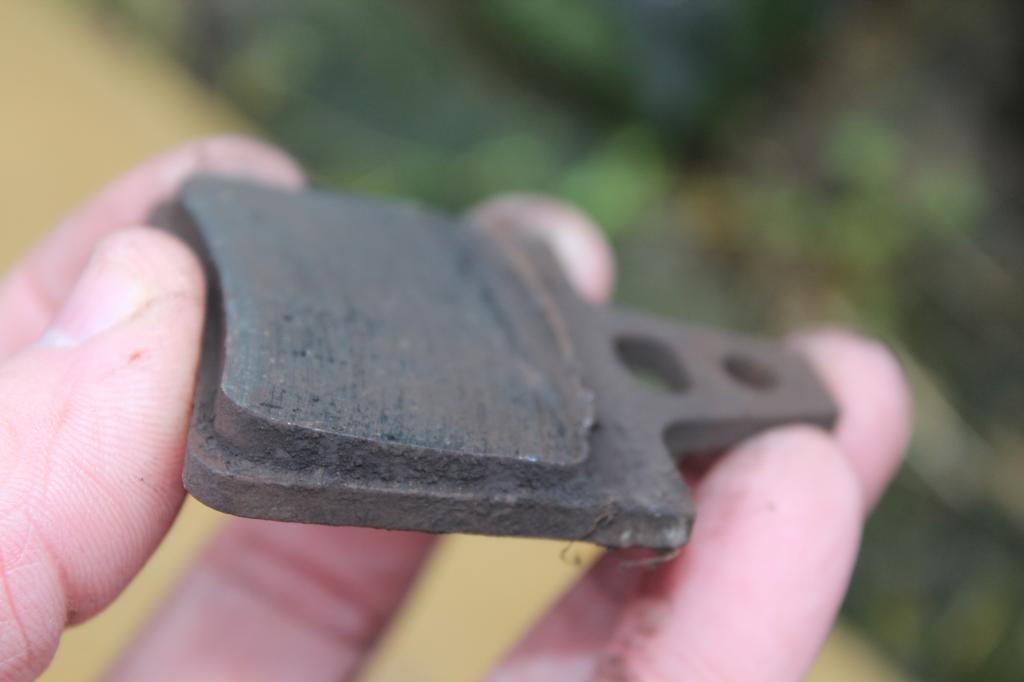 THis one shows the rear caliper, if you look down between the pads you get a better idea of the problem 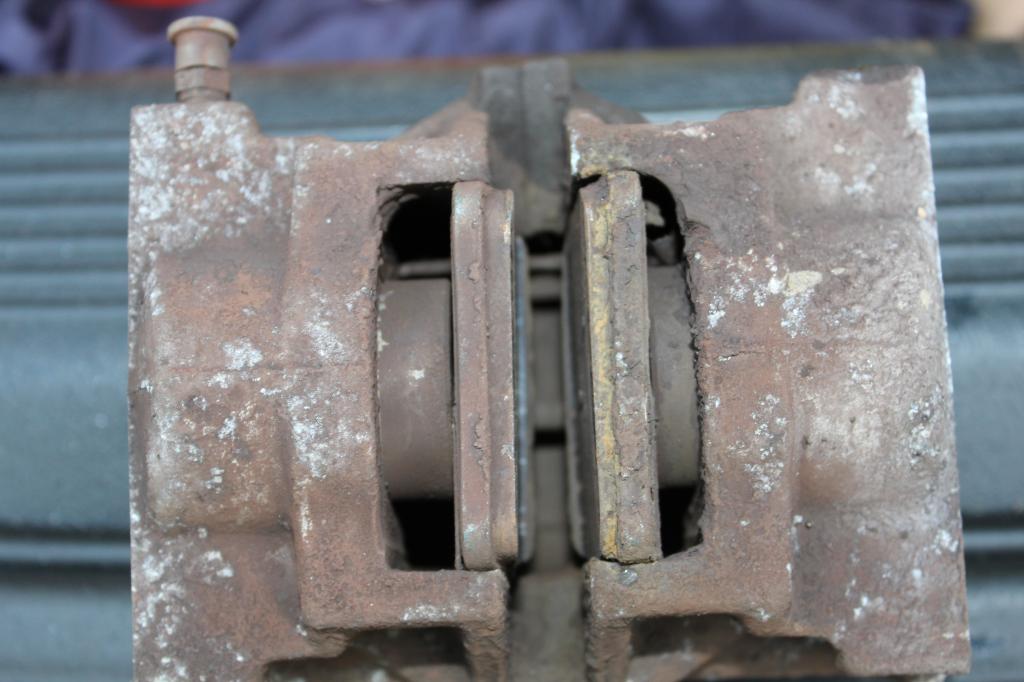 Whilst we at it, I knew one of the droplinks was shot, so I decided that it would be a good idea to replace them both at the same time, here's a shot of the worst one 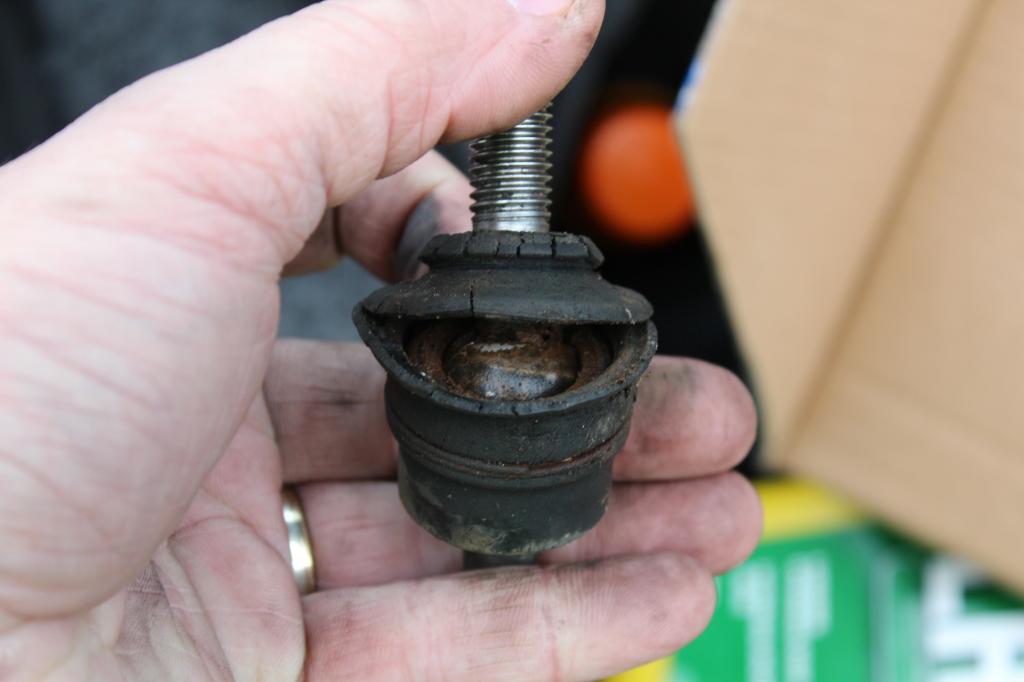 The next thing we looked at was the cruise control, with the help of Jim's guide to fixing it, and it turned out to be a split pipe at the opposite end to where it would normally split, however this did require the front of the car to have some surgery to make room to get at it. 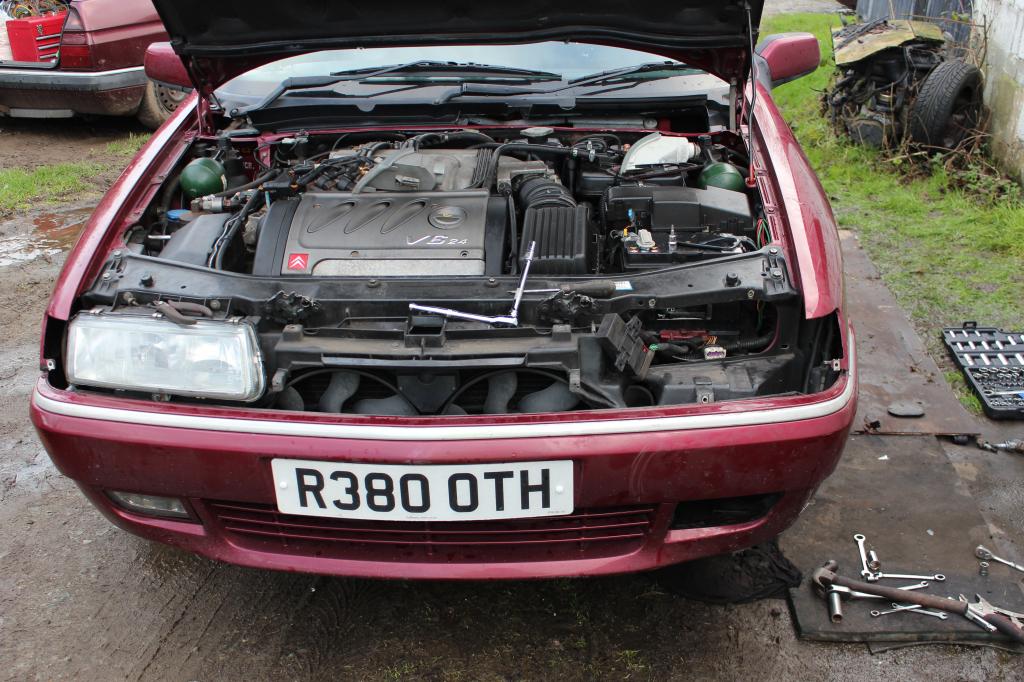 did you check the rear calipers for the dreaded metal contact electrolysis?

How long have i been working with xantias. ..

... i nice dollop of copper slip between the faces and in honesty there wasn't that much alloy dust between them..

i was no where near you will.. We were at mine..

Ah Steve could have picked up on the way again as I've been stuck working all the time in Runcorn late let ;(

I'm sure we can sort something out, I will no doubt see Paul sooner or later, is there much stuff? .

I had a repeat issue this morning on the way to work, the blooming gearbox decided to remind me that it's female and therefore temperamental. I t decided that we were going to have a game of lets see how long I can sit in 3rd for.....

lucky enough I w as sent far from work, so managed to get there.