Earlier RichardW wrote:The bush on the other end on the HDi is available separately (£26 though!!), but don't know what size it is - I could get a rough measure to see if it is anywhere near.

Hmmm, interesting, I've got the old engine mount here, so I'll have a quick measure tomorrow.

Well, today has been a busy day, in one way or another. I got started this morning by doing some of the odd jobs on the Xantia, I decided to tackle the radio first, it had decided that it didn't want to play after I switched it off the other day on the way home from Paul's. Had a look, couldn't find anything wrong, so I put it all back together and the flaming thing started to work

So next job was to adjust the headlight, this turned out to be needing to removed 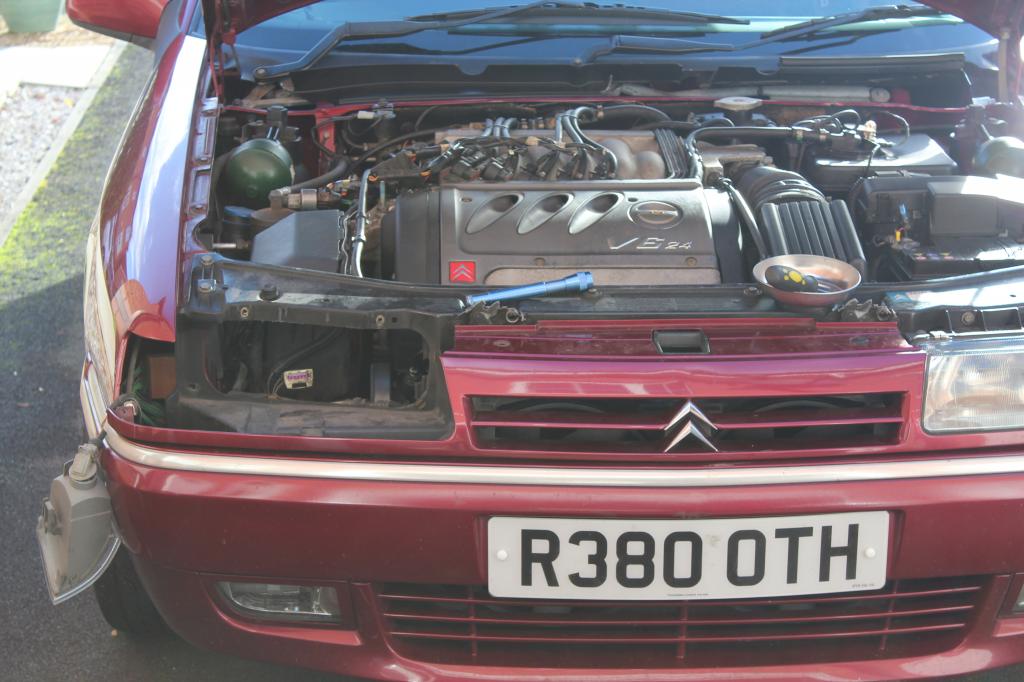 I thought it was the reflector was a bit sticky, so glass off and free it up. 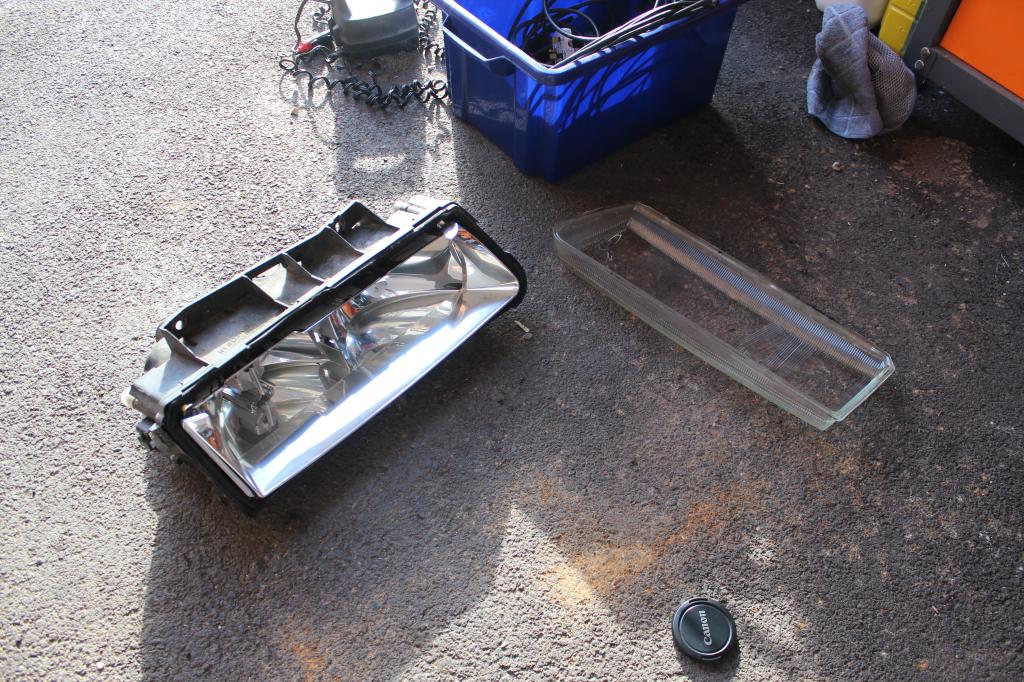 It turned out it was nothing to do with that at all, it was me being an idiot, and trying to use the vertical adjustment for the horizontal adjustment

Next on the agenda was a complete decoke of the interior, being in mind, the dash had been out, it was full of mud, leaves and god alone knows what

anyway a bit of elbow grease and a few chemicals later, the interior has come up quite well. 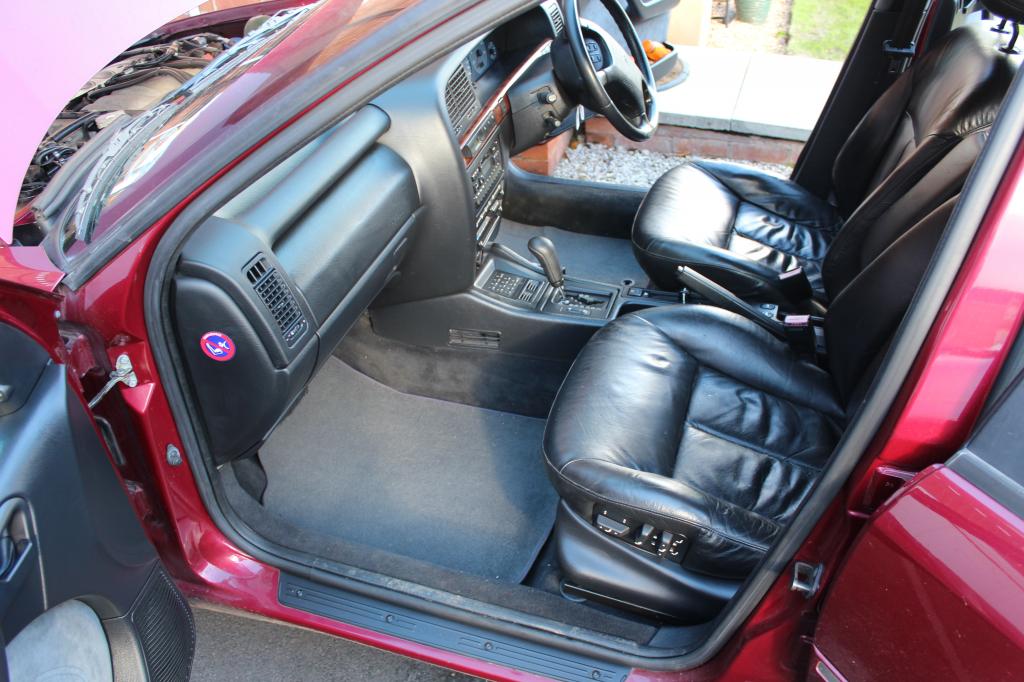 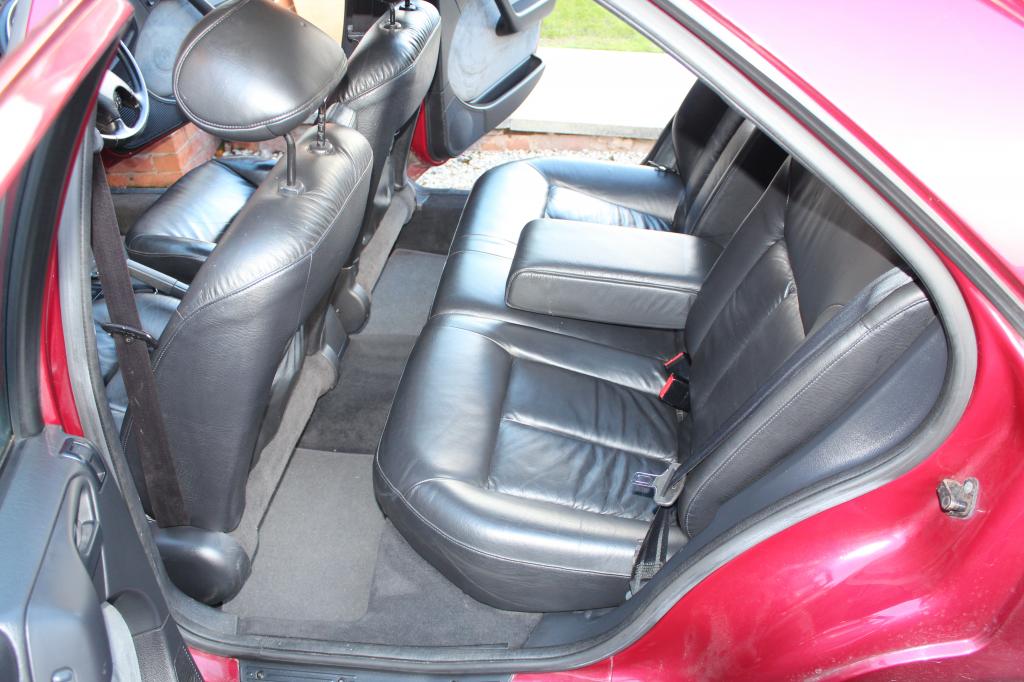 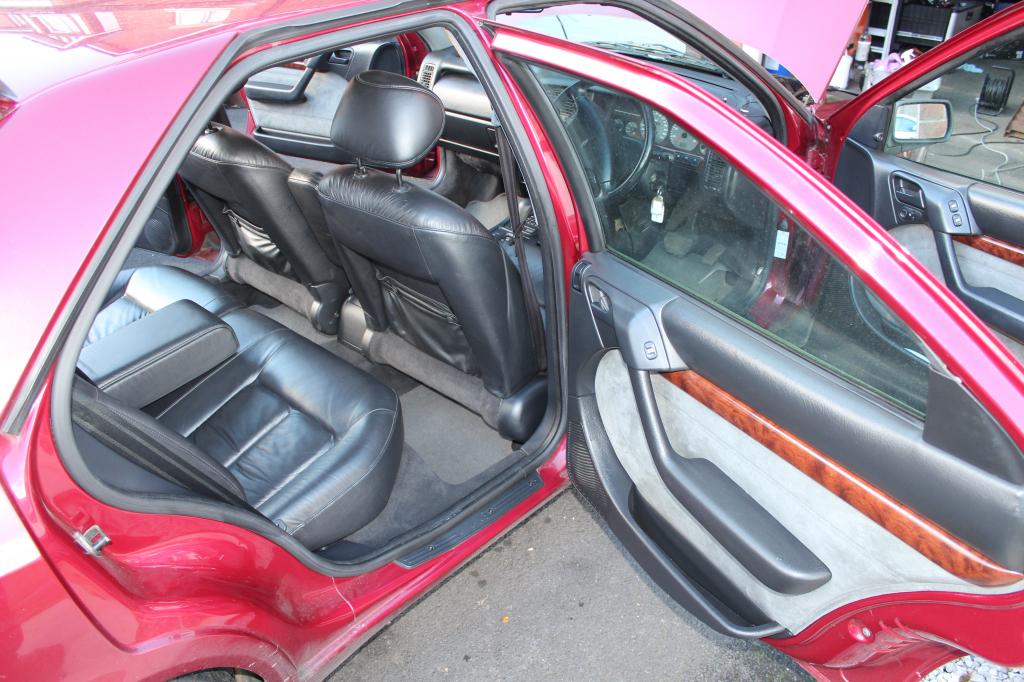 The eagle-eyed amongst you will notice that the ashtray has been cut down to fit the power supply for the SatNav, I've got a spare one for when I begin to show her next year.......

Looking smart! (smarter than mine anyway

)
Those leather seats look identical to my C5 ones - I wonder if Xantia seats would fit a C5, or vice versa?
Top

and further eagle eyed people who can see round corners in photos will possibly also note (NO you cant in steves pics above) the seats are far cleaner, and less worn.

I assesed a moment and noticed that steves seats were starting to show signs on worn leather on the bolsters, stangely on BOTH front seats. As no one wanted to buy my leather out of the blue V6 I broke earlyer this year I decided steves car was worth them being fitted to make the interior look a bit better again!

Is that the same inside Steve? WOW, you should do mine!!

So, the front seats look better too, though the drivers lower squab is a little squashed, but theres no wear to the bolsters...
Top

More than happy to Paul, it was a good day to them today, another thing, is that for some strange reason the seats go further back now as well........ bizarre

Tomorrow I want to try and get the outside done, that still disgusting

it needs a really good clean and polish, It won't be anywhere near as good as Vince would do

but it will be better protected for the winter.
Top

You will regret saying you be more then happy to do the inside of my car!! Leave it there..

citroenxm wrote:You will regret saying you be more then happy to do the inside of my car!! Leave it there..

you'd need one too!
Top

Trainman wrote:The eagle-eyed amongst you will notice that the ashtray has been cut down to fit the power supply for the SatNav, I've got a spare one for when I begin to show her next year.......

Interesting that yours doesn't have the second "cigar lighter" socket on the left hand side of the centre console like mine - I thought it was standard fitment on all Exclusives. That's where I plug my phone charger in, far easier than the one in the ashtray that most adaptors won't fit...

The second 12v socket is a SERIES TWO addition, the S1 cars were NEVER fitted with one!
Top

The second 12v socket is a SERIES TWO addition, the S1 cars were NEVER fitted with one!

although the centre console can be changed for one, and it wouldn't take too much to wire in the cables to power it up...
Top

Nice job Steve on the interior, it looks great, just out of interest have you cleaned and conditioned the leather? I use the gliptone stuff which is very impressive. They are gorgeous seats Steve.

The front seats are out of my blue v6 i broke that no one wanted the seats.. i only got told about the collapsed lower squab

So i decided to do a swap with stevd instead...
Top

bxzx16v wrote:Nice job Steve on the interior, it looks great, just out of interest have you cleaned and conditioned the leather? I use the gliptone stuff which is very impressive. They are gorgeous seats Steve.

Yes, is the simple answer, I spent a considerable length of time on them, There was a little bit of damp, which I managed to use AutoGlym Leather cleaner on to get rid of it. I them used a bee's wax leather feed on, it's the same one I used on the C6.
Top