Usual stuff, one of the 'tags' decided to snap off and make a run for freedom while I was extending them

as they compress over time. Used late model 106 RF plips are thin on the ground too and they are best in the Saxo 'stand alone' case as that seems stronger like this one. The factory 106 ones the rubbers are not replaceable on the later key design unfortunately and the Ebay 'cases' do not fit later RF models in most cases (no pun intended)

The case here is a 'stand alone' Saxo one. No key blade hole but no concern

A small but effective repair, taking care to not trap the small wire on reassembly 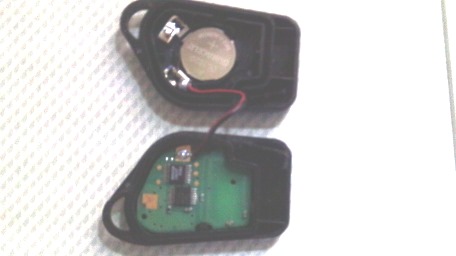 All good again. Shame the batteries do not last long in it though, typically six weeks. Suspect there's a tiny internal current drain as some 306 ones used to do that I recall, usually most were changed under warranty though.