Citroenmad wrote:...Maybe I should carry the camera in my car and snap what little interesting French beauties I do spot. Might just do that.

Maybe take some car photos, too at times.

...not really a recent spot, as it's been there for about 9 years and it's only at the other end of the road to me. 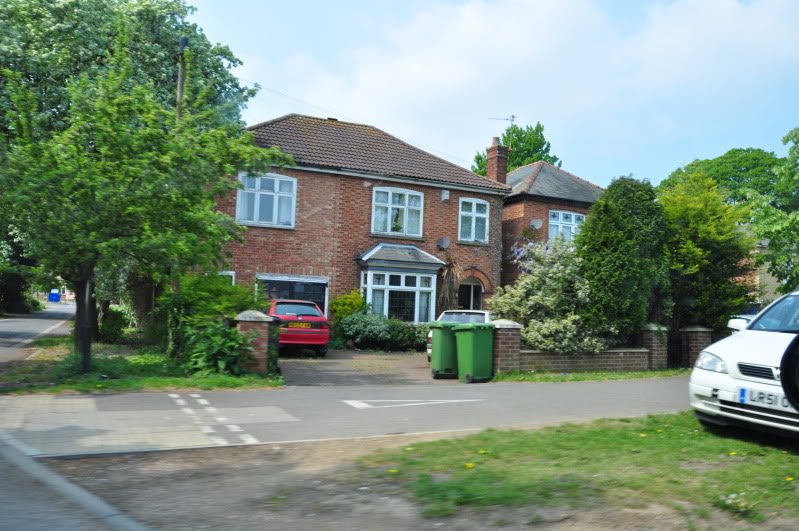 As you can see it's a 205, but what makes it better is that it's a GTi! It's been sitting there unused for as long as I can remember (definitely around 9 years), and I'm thinking I should go and see if he/she wants to part with it. 9 years is a long time though...

As of a couple of days ago I decided that I'm going to photograph cars that I think could get a little sparse in the future around our area, following the distinct lack of 405s and Xantias recently (well since the scrappage scheme).

Bit annoying sometimes as half are seen while driving rather than walking about or my limited time as a passenger. May look down the in car camera route.

Went to the beach today and out for a drive in the Activa, on the way there on the military road there was a few nice cars not racing at all, a MK2 Golf GTI, 3 TR6's, Corvette Stingray convertable, White Jensen interceptor, Black A/C cobra replica, A triumph stag (although thats my dad so doesnt technicaly count) and that was just on the one road, granted a petrol head road but still.
I love the isle of wight the scenery is amazing

Speaking of rarity, I've spotted something home-grown on Ebay. If I had the money it would be a good way of getting the V8 experience out of my system (or maybe into it!)

Have to agree Dean, the Island's scenery is stunning. Even Rowridge cannot take away from it, just seems to add to it in a strange way.
Top

Citroening wrote:...not really a recent spot, as it's been there for
about 9 years and it's only at the other end of the road to me.

As you can see it's a 205, but what makes it better is that it's a GTi!
It's been sitting there unused for as long as I can remember
(definitely around 9 years), and I'm thinking I should go and see if
he/she wants to part with it. 9 years is a long time though...

Get it out of your system man! You'll be devastated the day you drive past
and there's nothing there and then wonder if it was weighed in...

Still have a W reg SD1 2600S manual in light green metallic with chocolate
velour in the barn here.
Top

I have a longing for the SD1 also, a customer has a brown one with a cream interior, well some of it is left after its 20 year outdoor storage

but the cars look lovely, and the interior is awesome.

Toby, Get a V12 the Rover V8 isnt that great compared to some of the competition
Although the rover unit is cheap and easy to get bits for.
It has to be done at some point

Ive had a few French car spotteds this week while in Scotland.

First I came across an old Renault dealer, it was in a tiny village, still had its Renault signs up but had not traded since 1998. It was littered with cars which had been there years, not just Renaults. There were two Renault 5s, 3 early Lagunas, 2 Saabs, BMW 740i, Peugoet 406, ZX estate, all sorts of things sat under a coating of green slime, with flat tyres and left to rot. I got talking to the owner who said most are customers cars which have just been left., Inside the showroom there was a huge old Jag, Spitfire, a Rover 800, and some other random things, all customers cars who have just left them. I didn't have my camera with me for pics though.

Yesterday I spotted this Renault 4 GTL: 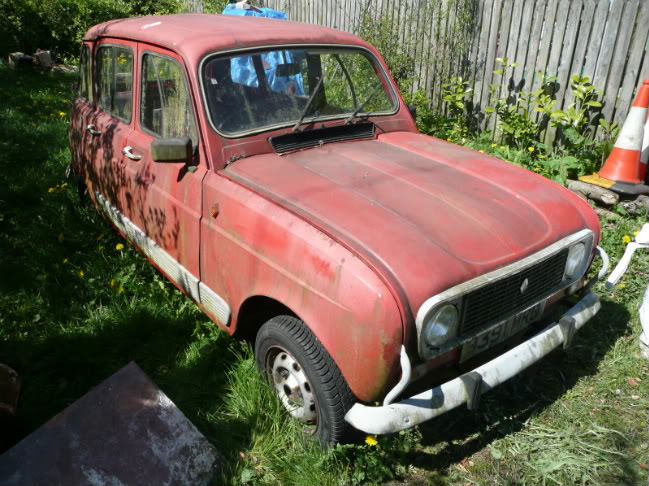 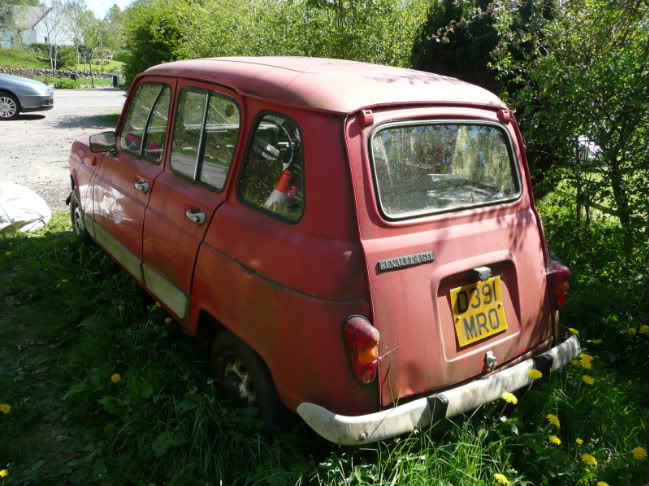 We went into the pub where it was parked and asked a few questions. It had been sat there for 4 years, having came off the road 6 years ago. Originally it belonged to an elderly lady who just pottered around the village in it, a student then bought it to run up and down to uni in until the engine started to knock, it was then parked up. The owner has the intention of doing it up, but if you have not done something in 6 years I doubt it ever will be 'done up'. Its quite a strong car, needs a little bit of welding and a bit of bodywork (we have spare doors and wings) but the interior is like new, it should be, the car has only done 41,000 miles. We were very tempted to buy it and restore it, but common sense kicked in. So if anyone is looking for one, ive got the details of its owner ....

It could do with saving now, as much longer and it would require an awful lot of body work. Under the boot carpet was pristine, under the front carpets was a little moist, though the floors seemed solid from underneath - they have a sound pad which stores water under the carpets. The owner would sell it to someone if the offer was right(!). However his plans are to either buy another and use this as parts or eventually get around to finding somewhere to restore it.

I also saw a good number of Xantias, mostly S2 but one or two S1s too.
Top

Spotted something strange in Homebase's carpark today, a J reg Xantia.
Wish I'd had my phone with me to take a photo.
Must be a reg transfer.
Top

A quick walk past shot as I was slightly embarrassed picturing what just looks like an old family car to everybody else walking past! 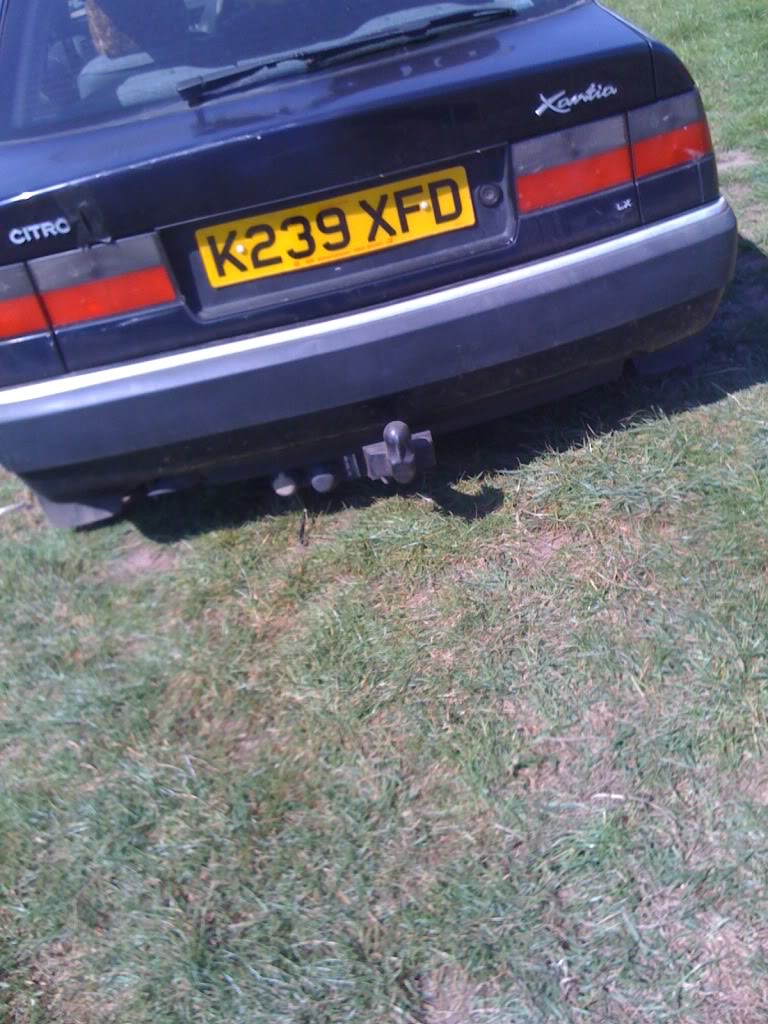 Chris - You didn't happen to notice what engine was in these abandoned Lagunas?
Top

R9UKE wrote:Chris - You didn't happen to notice what engine was in these abandoned Lagunas?

I didnt really, one was a 2.0 RXE or something? It had allots and a smart looking interior, looked a really nice car actually, mint inside. Another one was in bright red, had more fancy original Renault wheels and a body kit! I cant really remember the third, it was a bit newer but still a phase1. I was hoping to get round that way again and take some photos but didn't manage it. Its somewhere I go every few months so ill see them again - they have been there 4 years plus!
Top

andmcit wrote:Get it out of your system man! You'll be devastated the day you drive past
and there's nothing there and then wonder if it was weighed in...
maybe they've just lost the keys!

...I'll have to have a wander down there soon that's for sure.

They look nice in white too...
Top

I was looking over at Ireland when I was a little further around the cost road, so its not that far