myglaren wrote:Can't you just chuck the dephaser away?
From what I have read it's a bit of a useless item anyway, built to cause trouble, like EGRs.

Quite possibly. Never really looked into it as I haven't had that problem..........yet.


Renault 5 GT turbo 'G' reg pulled out behind me this afternoon in Penwortham.

Wow! There was a Monaco on ebay a while ago, looked great!
Top

Spotted a couple of 'Sinkers' recently!

One last night (blue) parked outside a Pub in Peterborough, and another one two days ago that was driving through town - this one has a story attached as dad used to use it all the time for when he worked at Citroen's Bramley Park Garages at St Ives - he put it's first 10,000 miles on it and it was apparently a brilliant car.
Still going strong too!

To opposite end of the spectrum to sinkers, I saw something that surprised me earlier.

In Christchurch on the A35, a Xantia on a 02 plate! Must be a very late registered one. GN02 so Kent registration I believe.
Top

One last night (blue) parked outside a Pub in Peterborough, and another one two days ago that was driving through town - this one has a story attached as dad used to use it all the time for when he worked at Citroën's Bramley Park Garages at St Ives - he put it's first 10,000 miles on it and it was apparently a brilliant car.
Still going strong too!

I'm very conscious of the fact that I'm the only one that takes pictures... come on guys, get snapping.

Beautiful Grand Scénic in work today, in the best colour

. Plenty of options on it including that gorgeous interior. 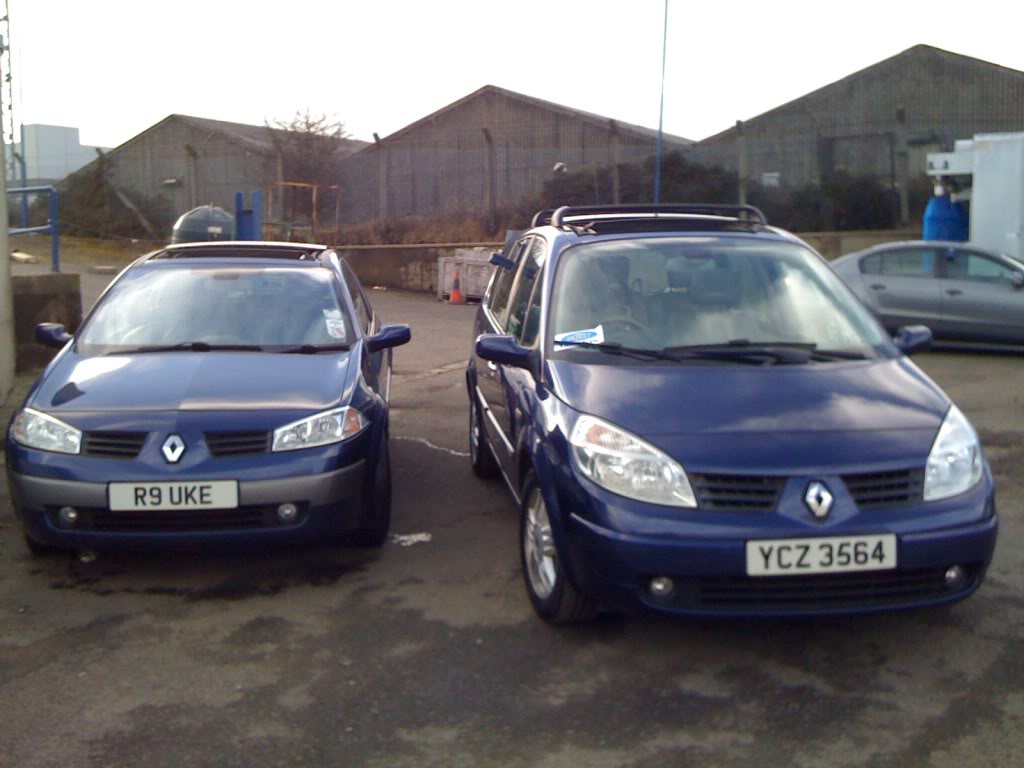 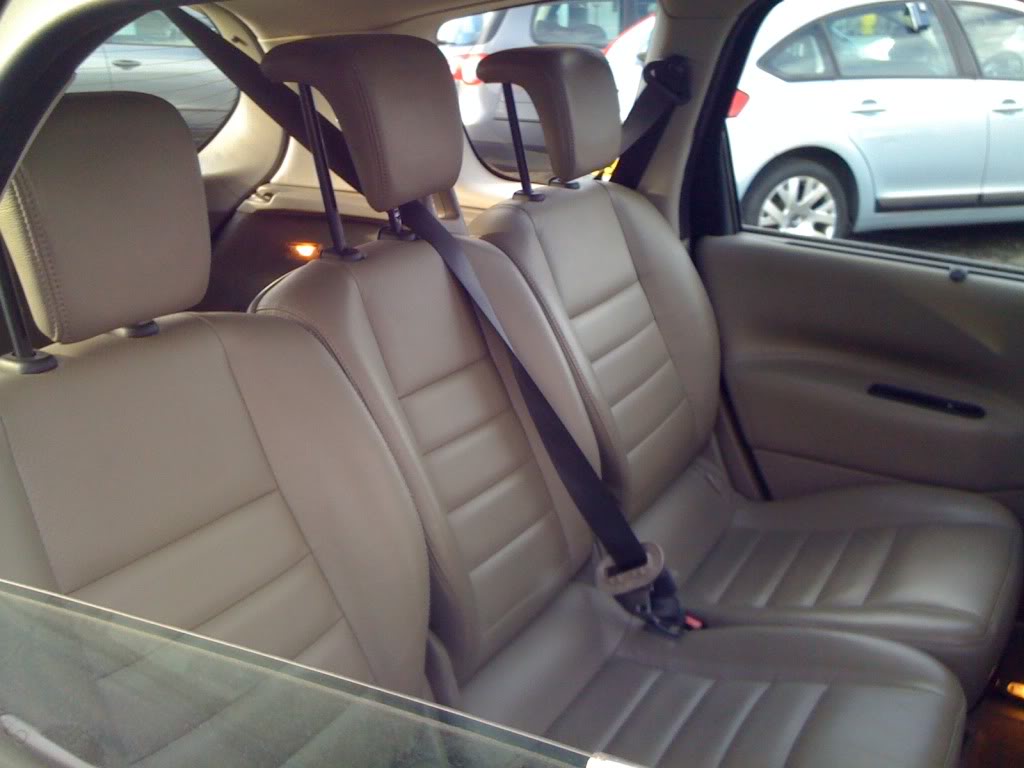 Well I rarely spot anything interestingly French so picture opportunities are few and far between anyway.

Our Scenic II was that colour, it suits it well. I disagree about the leather though, that is an awful colour for leather seats, like a browny-cream? Ergh

Black, cream or red would be my choice of leather. And id only ever choose a leather interior if it was red, other wise id rather have cloth

How much did it go for? Was it Diesel?

I notice a bit of trim has fallen off

Am I missing something? Where's the trim missing from?

I love that beige interior - it's the one I orginally wanted in the Mégane! But being 3 door, I had to get black.

Unfortunately it was the 1.9 dCi, but driving really well, and not even a tiny bit of black smoke when hammering it! Was lovely!

There is some 'beige' trim around the central seatbelt which should still be fixed to the roof!

It can be forgiven though

Hmm, i guess a beige leather interior is an acquired taste!

Well when it works the 1.9 is a very good engine, when it doesn't its a bit of a nightmare.

Cheap car that, yet it didn't sell?

Shouldn't have painted bumpers though.
Top

Recently helped my niece move, which involved going from here, (mid-Kent) to Southampton, taking her and stuff to Yeovil, then on to Bristol (stay with daughter) and back to Kent next day. Saw the same number of Xantias as 2CV's, one of each.
However, here's the question; there's been quite a crop of Xantias through the village lately,at least half-a-dozen in the last week, including a well presented dark blue 'L' reg, with chevrons on the bonnet: does having the chevrons on the bonnet and being a sinker coincide exactly?

How to feel a complete idiot, (in my case, part 2n + 1).
I stopped for petrol in N Yorkshire, at a country garage where there was attended service. The young lad unscrewed the filler cap, and neatly slotted it into the moulded recess on the inside of the flap whilst he performed the operation. I have owned the Xantia for eight years and never realised the bloody thing was there!
Cheers, one and all.
Top

Drove up to my eldest daughters flat in Scarborough yesterday, Coventry to M1 via Castle Donington, M18, A1M and A64. In all that journey both there and back only saw one XM estate in dark green which pulled out of a side road onto the A64 just outside East Heslerton. Not one single Xantia! Where is everyone

the weather yesterday was exceptional for this time of year...
Still, fish, chips and mushy peas on the seafront on South Bay and a couple of shandies before coming home...great day out...

I also saw a 51reg C5 estate wearing Xantia VSX alloy wheels. Not seem a C5 on Xantia wheels before.

Having said that, ive just found this:

The back of that C5 is too high, but they dont look too bad. C5s always look far better with 16" wheels though, the arches look too empty with 15s.
Top

There should be a law against that

Activa alloys are for Xantias only....
Top

I dont think C5s suit Xantia wheels anyway, they are too square ... if that makes sense

I saw a M reg Xantia 1.9D in red today, paint looked a bit dull but it was tidy. 1.9Ds were never a popular thing in the Xant.

I also saw a red CX today too, parked up a driveway, i didn't get to see much of it but i think it was a S2 Turbo perhaps, had the right wheels anyway.
Top
Messages: 2048