I did it with a job once as well. I had left to go to another job, and two years later was headhunted and offered the job back at a better rate. I nearly went back and then remembered the reasons I left the first time. It would not have been any different second time round. And I like how you say keep going forward, some folk say upward, but what goes up must come down.
Top

This one except theirs is red.
Top

There seems to be quite a lot of decent enough cameras around. I think because I don't think I'll use one a lot, that one of the cheaper ones will be acceptable for me. I suppose if I were to stick to the big names, eg canon or nikon and pay say £50 ish that would be all right for me. I prefer these type of things to be more basic and easier operated, as long as it takes photos on to a sd card I'm happy. I'll have a look next time I'm in Tesco or Asda doing the shopping. Thanks guys for the advice tho.

What does the numbers on cameras mean? Say it is 14mp? Does that mean the higher the number, the clearer the picture? Would 14 be good, bad or in the middle? I totally have no clue about these things!!!!
Top

Fake Concern wrote:I bought a Nikon for about £60 a couple of years ago & it does all I need & more.

If it took the photos of your car thats all i need. Mind you the subject matter helps

More pixels is generally an indication of better resolution BUT it also depends on the glass.

With the bigger names there is a better chance of superior optics, Nikon and Canon and Leica* are probably the front runners here (unless you go for an Hasselblad). 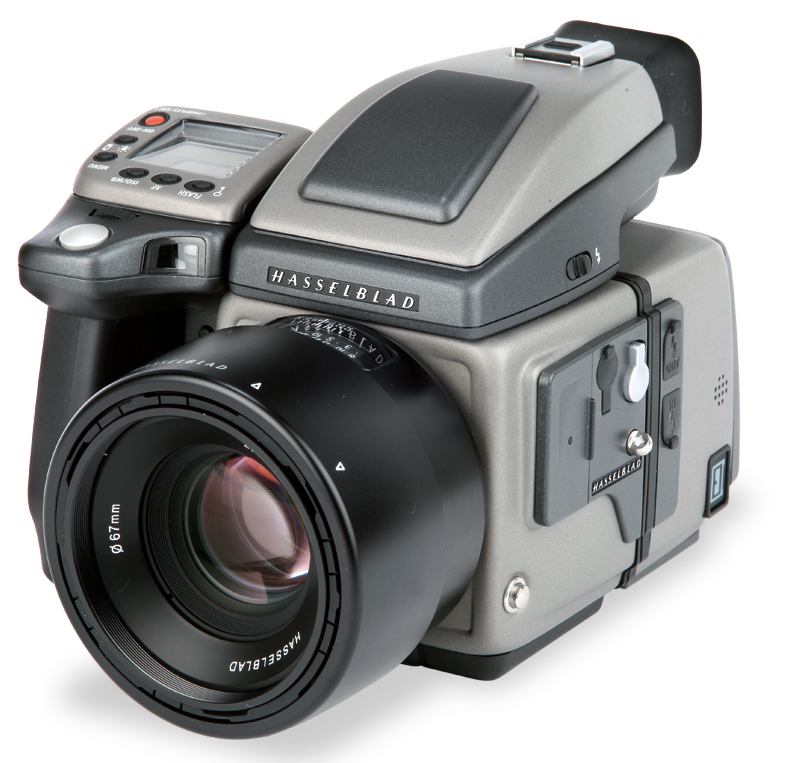 As an aside, where I worked we used primarily Sinar cameras but also had Hasselblad and a couple of Nikons that no-one used much, we all preferred to use our personal Pentaxes for 35mm use and I used my own Hasselblad although I didn't actually do much photography, mainly lab work (this was the 'old days' when you could still buy film).

I then discovered the Olympus OM1 and everyone dumped their Pentaxes and bought OM1s and 2s.
I bought an OM1 and OM10 for personal use and loved them.

So when it came to buying digital I bought an Olympus P&S initially, gave that to my son, who still uses it, bought a Kodak P&S which I promptly lost and replaced with a Pentax P&S for notebook shots (camera is crap for photo's) and an Olympus SLR (E-500)

I have never been ecstatic about it although it does all I ask of it, it is just not in the same league as the Olympus 35mm cameras.
I did however use a Nikon at the Gaydon rally a couple of years ago and found it to be far better than I had expected. Beautifully built, excellent viewfinder and ergonomic controls, reassuringly heavy too.
If I were to buy another it would definitely be a Nikon or Canon.

I still regret parting with my Hasselblad though, even if film would now cost more than the diesel to run the C5

*I have a workmate with two Leica digital SLRs, one bought and one inherited. The older one with fewer Mpx's has better resolution due to superior glass.
Top

My daughter at Uni doing illustration who uses my old Pentax ME Super, gets film in the pound shop!
Top

I like Nikons - I've got the Nikon D90 DSLR with a few lenses and found it to be a very good camera. It's quite low down on the MP scale at 12.3 however still produces a nice picture. The likes of Canon seem to be in a MP race with 15 and 18s going around. Unless you're printing then MP isn't a huge factor to take into consideration IMO.

Here's a pic of the camera and lenses, still got them all bar the Fisheye - good lens, but didn't use it enough... 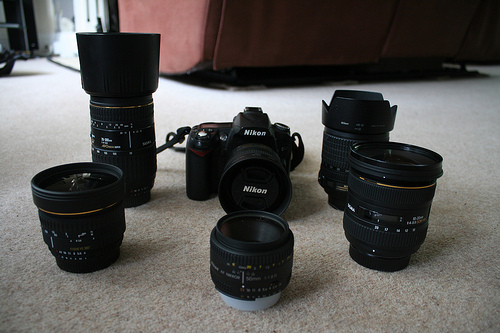 Getting on for just over 2 years old now and going strong.

For sheer reliability though, dad's got a Canon 300D - 7/8 years old and going strong.
Top

I'd agree with you, Citroening, 12MP is more than you need unless printing a wall sized poster.
Top

Fake Concern wrote:My daughter at Uni doing illustration who uses my old Pentax ME Super, gets film in the pound shop!

Never even thought to look on there but then I would need a functioning lab too.
Been out of that business for a long time now.
Top

I have just been to my local Asda, and they are doing these at £74;

Hell Razor5543 wrote:I have just been to my local Asda, and they are doing these at £74;

That's incredibly good value, bought one of these for my daughter at Christmas, paid more than that though
Top

That does look a decent camera, and as FC says, real value, compared to some of the prices on the link. A nice excuse to go for a 30 mile there tomorrow to the nearest big asda, with a halfords next to it, I might get some exhaust bandage as well to extend the life of it. It will be another month at least before I can get the stainless one.
Top

I was just talking to my eldest daughter, who bought a Nikon from Argos, same as her brother's, and she said Asda had reduced their cameras by around 50%
Top

The Asda I was at had signs on their camera counter that suggested they are going to update their range soon.
Top
Messages: 3853