What engine was in the Fiesta Davie?

I've had a similar thing with a 1.25 Zetec Fiesta. It had done 115,000 and started to burn a bit of oil and the driver, my stepson, was never very good at checking it..

It basically ran itself dry of oil almost. Mark complained the oil light kept coming on going round corners..

That ran the big ends and it used to knock a bit despite thick oil. One day I got a call from Mark to say the engine had gone bang, there was a big puddle of oil underneath and the starter just clicks..

It had thrown a rod through the block which had bashed the starter motor and dented it to the extent it was beyond repair..

The engine was complete writeoff. I got another from a scrapper, did an engine swap and the car went on for another few years before the old tinworm claimed it..

The 1.25 Zetec is a wonderful engine - it's a Mazda engine - but needs looking after with regard to oil changes...
Top

It was a 1.4 zetec. Dry of oil, when I put the jump leads on it from the c5 it did turn over but not start and clattered. It's the end of the engine. The 1.7 puma is away to get stripped, it's engine going to get polished and ported and a high lift cam and find its way into the fiesta. It is now a project track car and might never be on the road again. I had a 50 mile round trip in the morning to get him, then a 160 mile trip to buy the escort stop gap. It was only 400 quid with 8 months test and new exhaust and two sets of alloys, decent tyres on the car and decent winters along with it so worth the money. I'm now down in Carluke at my sisters, another 220 miles. I'm feeling it now, not really ready for that much driving yet. Just a little jack russel to walk for the next week and a half so I'll get well rested hopefully.
Top

Well, I hope Shaun has thanked you for all your work. Now all you have to train him in vehicle maintenance, allowing for the fact that while some cars (Citroens!) let you know they are low on oil (well, Gracie does!), not all cars do this.
Top

Whilst I don't have anything against a project car, you'll never, ever get a Fiesta to handle as well as a Puma.

I think he wants to convert the fiesta just to make it different. It would be easier to turn the puma into a track car if it's not going to be street legal anyway.
Top 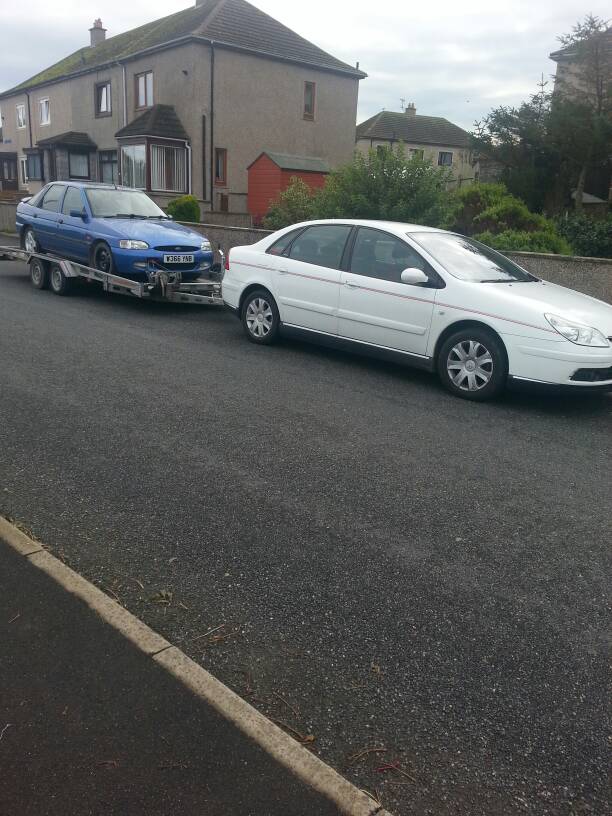 Doing a bit of heavy haulage today and more tomorrow. Shaun not having much luck. His Escort had a new timing belt and water pump fitted at a garage 6 months ago. It sheared the bolt on the end of one of the camshafts which stopped the engine. The garage concerned has offered to remove the head free of charge to inspect the damage. We are expecting bent valves and not much else.

The c5 handled the trailer loaded no problem. Tomorrow is another heavy haulage day. The trailer is loaded with an older escort which belongs to my son's friend which is going down to Dundee, approx 110 miles away to be swapped for another car which I don't know what it is yet. A report on its towing ability will be posted. Trip computer will be reset when we start tomorrow. What's the guesses for mpg towing. I'll say average 35 mpg.

I did the first damage to the car today. Totally my own stupid fault. I did not notice a massive hole in the ground and drove I to it. It's not much damage but I am annoyed at me. The black plastic cover on the sill is knocked off and all the clips are broken. I will need to think about how to reattach it. I have a roll of outdoor quality double sided tape. That might do the trick. My number plates are held on by it and it has some hold. If that does not work it may get self tapping screws. They won't be seen when the door is shut, but will be seen when the door is open.
Top

Hope the Escort damage is not too severe. Those cambelts are tricky as if they're like the smaller Zetecs the cam sprockets are held in place by friction only and the tightening torque of the sprocket bolt is critical...

I'd have thought bent valves a-plenty. Is it a 16v engine?
Top

Yes Jim it's a 1.6 16v twin overhead cam. We know where to get another head, or in fact a complete engine if we need it. The car is in such lovely condition otherwise and he had decided he was keeping it, he prefers it to his fiesta. He is discovering how expensive motoring can be!
Top

i think this is price and part No. of the sill cover clips from citroen you require 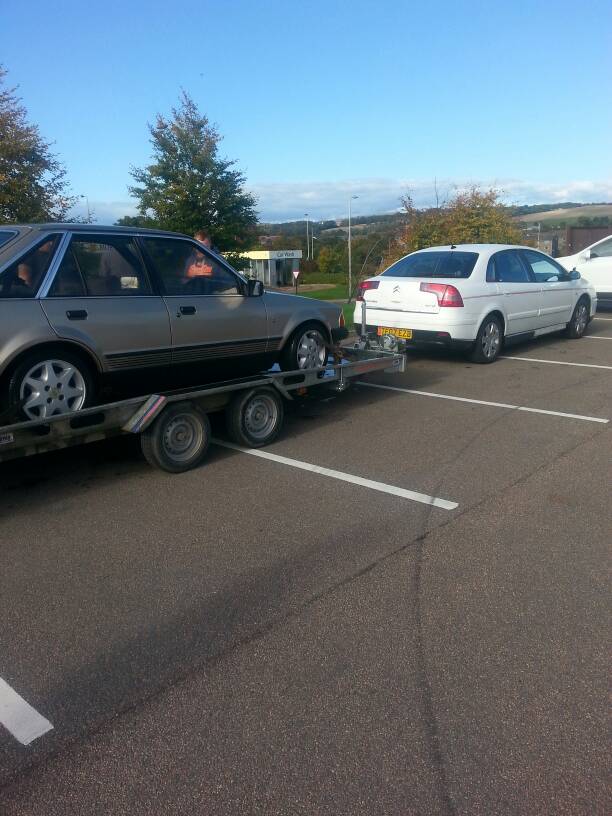 Took this escort to Dundee to change it for a race prepared corsa 2 litre. Not home yet, c5 pulls like a train. 60 mph on the cruise in 6th gear no problem. 178 miles so far 28.5 mpg average speed 35. Still a few miles to go yet.
Top 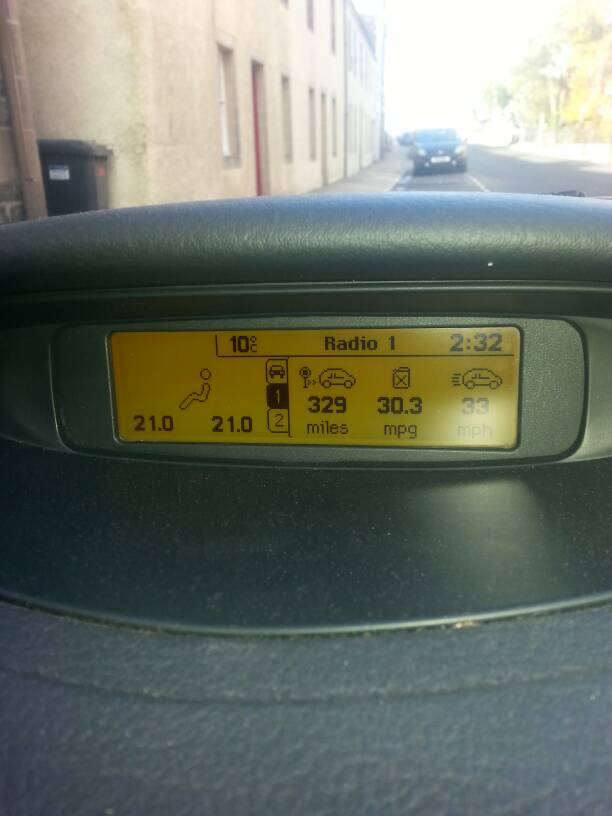 Here's the trip computer for every inch the trailer was connected, 50 odd of them unloaded. By the end my clutch was offering to be a bit slippy. No more towing then and it might last ages yet.

The thing that the weekend and today has taught me is that my operations are just pain relief and my back is still (-expletive removed-). I was sore and stiff by the time I finished, and could not have done it again today. To work as a bus driver I would have to be able to do it every day. More resting for me then.
Top

You know yourself Davie, if the back is jiggered, driving can be one of the worst things for it.
I can just about manage the days flyfishing in boat with some discomfort. Putting the boat on mooring and then driving the 30 miles home is what finishes back off for the day. I get out of the car like a breakdancer

It was 20 years on trawlers not really caring about the future and lifting 50 to 60 kg boxes of fish regularly above my head which did my back in. Then 10 years of driving crap old buses with knackered seats worsened it. That's why I have tha C5. I can't think of a comfier car for me.
Top

I was filling in time again today. We buy any car. Their offer for the c5? An insulting £725. I shall say no more.
Top