And now for something different 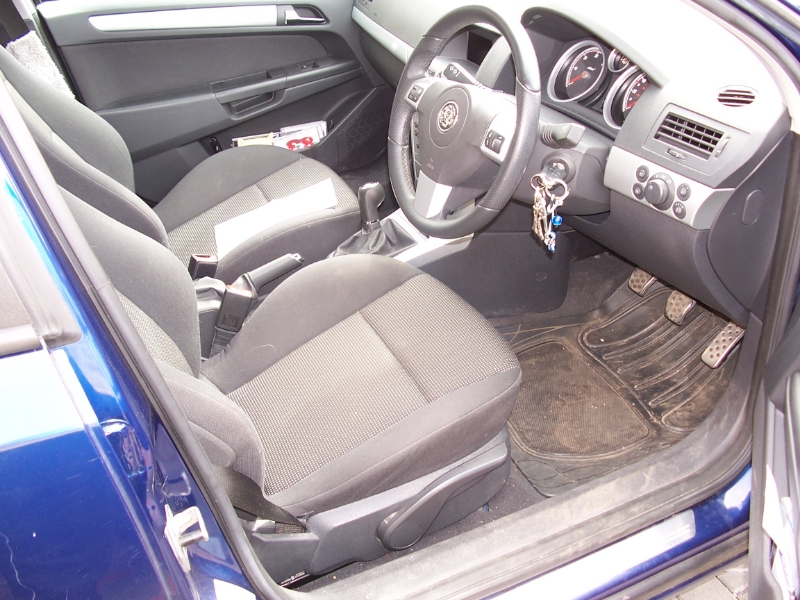 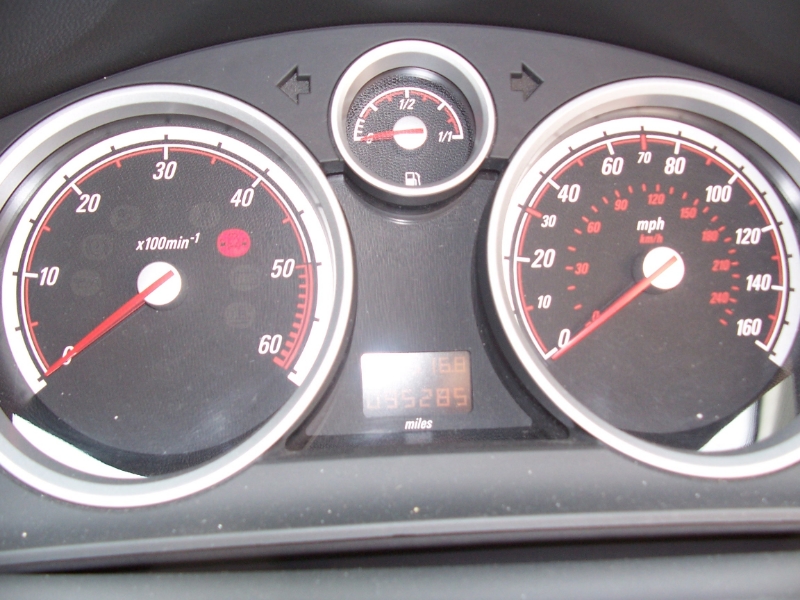 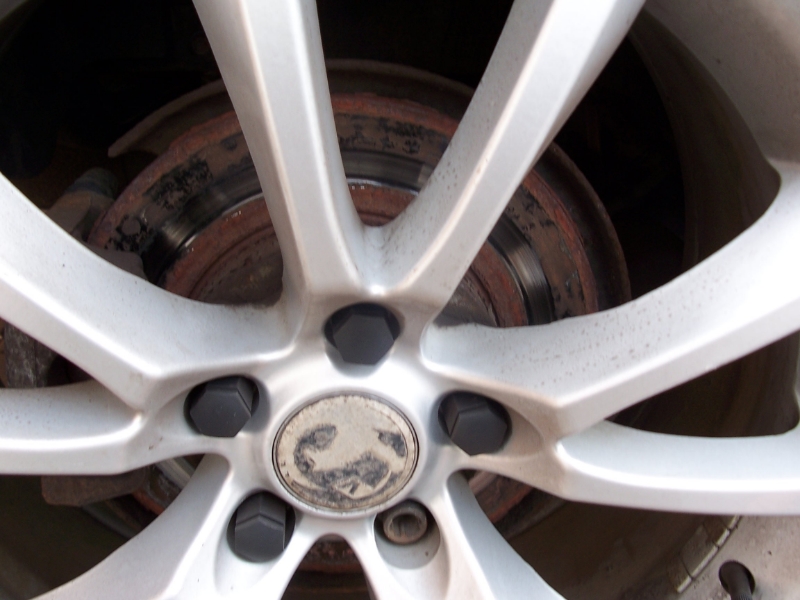 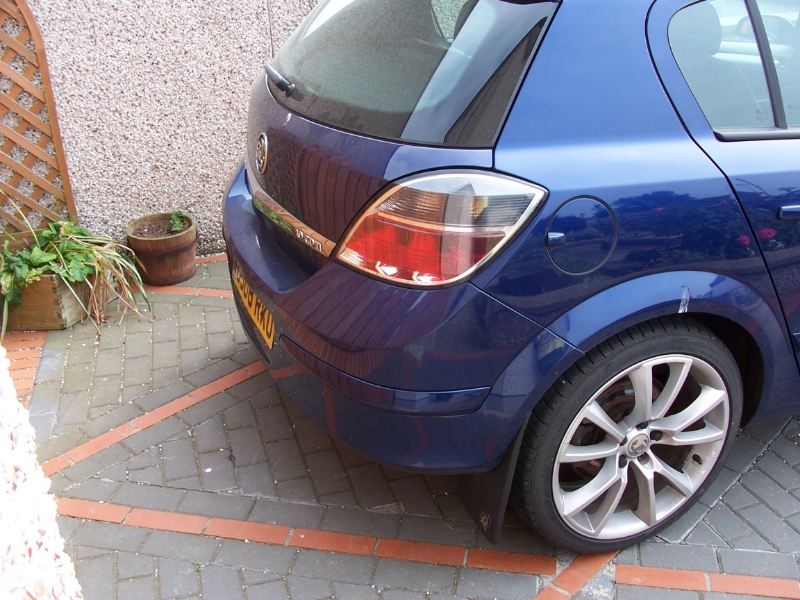 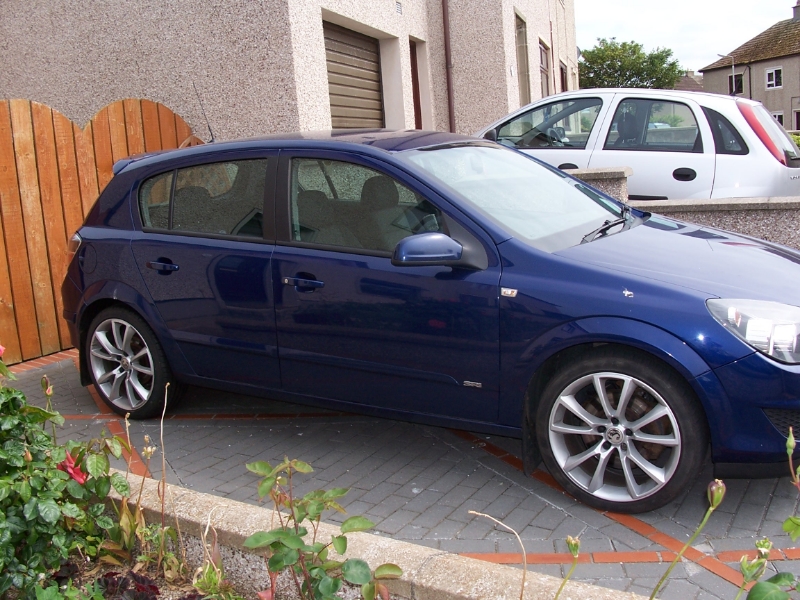 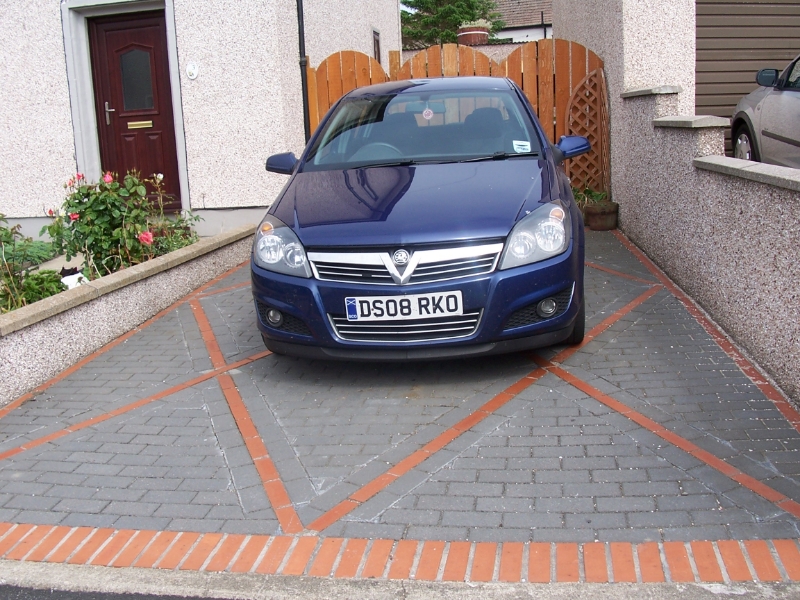 My daughters ex rental Astra. It was bought at 15 months old, 22k on clock. Now done 95k and been a good car, only ever needing front brakes, tyres and oil changed every 10k, It had a timing bely and waterpump in january. Failed its test the day pics were taken. Look at the rear discs, thats looked over for test by one of her pals husbands and proclaimed ok, I didnt see it until 8pm the day before test which was at 10am. That numpty wont be looking over the car again. he also missed the wheelbearings skirling, and a broken spring. All new parts fitted now, ready for retest before I leave on wednesday. Still a good showing for its 95k. However, it is now developing the astra diesel problem of iffy injector seals which let the fuel into the sump which is not seen and drained will eventually set the engine revving at full speed with no way of stopping it until the pistons come out of it on their own. And Vauxhall say oil changes every 20k! She wants to keep it, she loves it so from now on she has been told to check oil level weekly, and let me know if , no when, it rises. It shall not now go more than 8k without a change, a bit of a pain when she does 20 to 24k a year. I think it will be a scrappy or breaker when she will be done with it. Cheap motoring though, cost less than 1/2 new price when bought.
Top

Whilst looking through photos tonight I saw a few with my cat, Pepsi in them. He went missing from the flat I was in 7 weeks ago and never been seen. One of the neighbours told me she say a big dog having a go at him, and Pepsi coming off worse and then running away. I can only hope that someone has found him and he has recovered and being looked after. He has not been seen at any of the local vets though so somehow I doubt it. He was only a moggie, but was my moggie for nearly 10 years and is sorely missed.
Top

Hell Razor5543 wrote:I gained a chip in the windscreen of my company van on Tuesday, and on Thursday it was repaired by an Optic Clear guy (they are normally to be found in the car parks of DIY stores) for the princely sum of £30 plus VAT (paid for by my employers). Nice neat job, but you can see where the chip had been (but this is normal). This was the second chip that this guy had repaired, and I would use him again if needed.

Autoglass weren't interested in either chip, as they said their kit probably would cause the chips to crack. Yeah, right! They aren't worth the time or hassle.

At long last I had my windscreen replaced. M&S insurance wouldn't pay for an original Citroen screen so I thought the rain and light sensors wouldn't work.
Nice to see where I'm going now and the rain sensor works better than ever. Light sensor works but may need fiddling with as it is a bit on the slow side to activate the lights.

Auto Windscreens did the job and if the guy who did the job is representative then I can't give them a high enough recommendation.
Dead on time, pleasant, polite and friendly. Worked efficiently but not in any way rushed and cleaned up perfectly when finished, even fitted my new wiper blades that were in the car waiting to go on.
Top

So, Davie, has Citroen offered you a job detailing their cars before delivery. That isn't showroom condition, that is prestigious new vehicle launch condition!
Top

Hell Razor5543 wrote:So, Davie, has Citroen offered you a job detailing their cars before delivery. That isn't showroom condition, that is prestigious new vehicle launch condition!

I agree! I've just seen the photos, yours and Franklins will show mine up so much! I'll be commuting up until the 19th so not much chance of a good clean.

The Astra sounds a great buy, but I am not a fan of that shape. I know it's silly to be influenced so much by the appearance, but there you are!
Top

I did once have a job with a car valeter preparing brand new toyotas for sale and doing the trade ins to showroom standerd. New yoyatas were easy. We once did 24 in one day. They are dirtiet thsn you think coming off the transporter. Its not quite as clean as the photos show. Think i missed the exhaust tailpipe!

I'm not really an astra man either. Kerri likes them and its her car. She asked my opinion and got it, they are decent enough, just not for me. This is proving a good one, probably because it is looked after and not abused. I always think it doesnt really matter what kind of car, and how many miles it does, if looked after it will be ok.
Top

I agree with your comment about how well a car lasts depends on how well it is looked after with the proviso of design faults. Doesn't the Rover K series engine have a thing for wasting head gaskets?
Top

I think the K series head gasket fault now has a fix (designed by people putting them in the Caterham).

I forgot to say, has the moggy turned up at all? One of ours used to go off for weeks at a time, we were actually putting up the "have you seen this cat" signs when he came back once.

Also the house, garden & drive look pretty good in the photos, hope you enjoy some happy times there.
Top

Seriously though, if a cat feels welcome it will stay, otherwise it won't (and that can mean that, even if it is loved and treated properly, if it doesn't like the location it will move!). Something else; a cat normally won't come to you asking for help (for an injury or illness), it will find somewhere quiet and try to resolve the problem itself.

I was using the K series engine as an example of a design flaw. It should not have been released if they knew that it munched head gaskets (mind you, Microsoft are famous for releasing things before all the problems have been resolved!). Properly designed products should make it well past the expected life of said product.
Top

I think that pepsi has had a hard time and really just got fed up. We had 3 cats, pepsi was mine and the ex had 2. when she left earlier this year she took her 2 and left pepsi. That confused him and never the same since. Then I moved into that rented flat when the house sold. That would have confused him more. He was only there 10 weeks when he went away. I guess he didn't like it, don't think the dog that he was seen being chased by did it. My guess is that he is looking for the house he was in all his life, 10 miles away, or looking for the other two that he lived with most of his life. He has never been at this house but never know.

I'm paying slightly in my dodgy back terms for the big clean yesterday. Just taking it easy. Not going to be much sleep tonight, going to pick up son and chums after their weekend at T in the park approx midnight. The problem being the 3 hour drive home after that! I stay way too far north! Don't know how I got volunteered for that one! Then daughter will have the c4 to her work whilst I retet her astra, then 500 miles to national. Thats approx 900 miles to do this week. I think there will be a few dead flies on its nose before saturday. Forgot the 500 home, 1400 miles a week!!!!! Wheres the old 107 for economy when i want it?

I'll have to go look at the vauxhall forums about this dodgy injectors on the astra cdti engines. Just thought that just now when not alister james mentioned design flaws. I don't know if it might be worth putting injectors in the astra if she wants another 100k out of it. Apparently it's a fiat engine modified by GM. I have no idea, so I need to go look
Top

I have the first 202 miles in on my journey to the national. Theres a few flies on its nose which doesn't bother me and a new chip on the bonnet and crack in windscreen, which does

oh well can't be helped. Second stage of journey is from carluke to coventry friday afternoon. I'm looking forward to this now

daviemck2006 wrote:I have the first 202 miles in on my journey to the national. Theres a few flies on its nose which doesn't bother me and a new chip on the bonnet and crack in windscreen, which does

oh well can't be helped. Second stage of journey is from carluke to coventry friday afternoon. I'm looking forward to this now

Unless addo turns up out of the blue!
Top

daviemck2006 wrote:Whilst looking through photos tonight I saw a few with my cat, Pepsi in them. He went missing from the flat I was in 7 weeks ago and never been seen. One of the neighbours told me she say a big dog having a go at him, and Pepsi coming off worse and then running away. I can only hope that someone has found him and he has recovered and being looked after. He has not been seen at any of the local vets though so somehow I doubt it. He was only a moggie, but was my moggie for nearly 10 years and is sorely missed.

That is aweful Davie, its very sad when you lose a pet and when its been taken away like that is it even more unpleasant. We had a similar thing with one of our cats but ours was evident, I found him in the front garden after a dog had gotten in. Seemingly reports from neighbours say the owner of the dog was not at all bothered.
Top
Messages: 3851