I was thinking about this the other day, I don't really know why:

Now what would happen if you placed this unit in a vacuum chamber ? Bearing in mind the inlet air supply and exhaust will be outside the chamber so not subject to vacuum "pressure". Pressure is probably not the correct word, "depression" maybe ? , and that they are re-inforced so as not to collapse internally. Its the 'unit' itself that's in a vacuum.

Also assume any external breather pipes and fuel pipes / pump seals are suitably sealed too, to resist the outside vacuum.

When it runs, what would happen ?

I'd assume the pump would be able to take fuel in given the fuel supply is outside the chamber. It could go the other way I guess or the vacuum might make it draw the fuel anyway

Would the coolant circulate properly too ?

Would it attempt to leach all the oil out of the rocker cover area ? , I'd sort of assume it would try to make a break for it which may result in it running on its own oil given it will be in the upper crankcase area.

I hope I've explained it well enough. I know there are a lot of intelligent people on here who could probably explain it / why it would not run / something else

I'm thinking about this Andy...

Are you planning to launch an XUD into space? 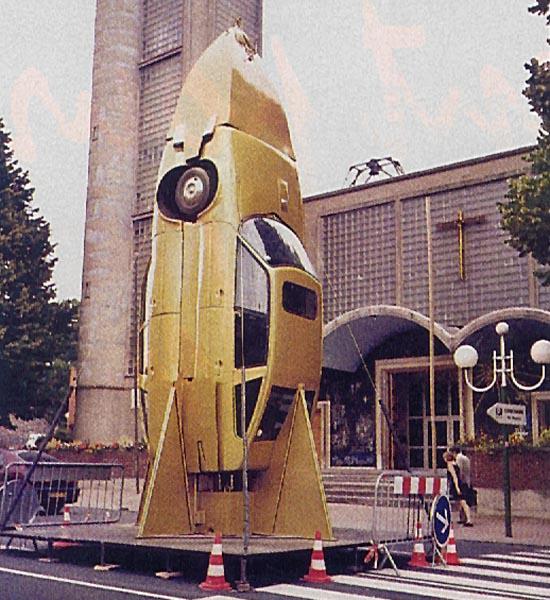 Assuming the coolant system hasn't been sealed, it would boil away.
Engine oil would also boil away (as even at 1atm it vaporises slowly when heated) eventually if it is not sealed against the vacuum.
Top

Xac wrote:Assuming the coolant system hasn't been sealed, it would boil away.
Engine oil would also boil away (as even at 1atm it vaporises slowly when heated) eventually if it is not sealed against the vacuum.

Absolutely but we assume all such are sealed. The coolant will circulate because it's forced by the water pump and ditto the oil. Provided the engine is sealed bar for fuel inlet, air intake and exhaust I reckon you'd barely know.

How hard a vacuum were you considering Andy? 'Depression' is the correct term and vacuum cannot leak. However nature abhorrs a vacuum because it wants to keep all pressures equal and it will try very hard to equalise pressures everywhere and with considerable force too. Atmospheric wind is nothing more than nature equalising pressures and that can be very destructive.

I'd say that the harder you made the vacuum the better your seals must be and you may need to consider if certain areas of the engine, the sump pan for example, are up to it. In a hard enough vacuum the sump pan could rupture and disintegrate like kitchen foil...
Top

What sort of pressure is generated in the crankcase?
In a vacuum the pressure differential will be a lot greater than atmospheric pressure and may well blow out the seals and more likely the dipstick.
Also the breather pipes where they are rubber/flexible material.
Top

I'd not thought too much about how much 'vacuum' really although that is an interesting point about things such as sump gaskets and the fluids boiling. I'm not really aware of how liquids behave in a vacuum apart from a couple of things I've seen previously where liquid tended to rise.

Another point, would there be any engine noise ? ( silent XUD anyone

? )as far as I understand it sound cannot travel very well in a vacuum either.

I'm not sure how you can measure vacuum depression, I'm aware of the scales for it I think. I'm not really thinking outer space almost pure vacuum more a reasonably substantial (as in laboratory conditions) one.
Top

Yes, no sound can propagate in a vacuum Andy - hence the expression 'In space no-one can hear you scream..' So yes, there's the possibility of a silent engine bar the exhaust and induction of course

Measurement of a vacuum is easiest made using a manometer, a u-tube filled with a liquid and having a calibrated scale. Water can be used or the traditional mercury which is where the mmHg measurement come from (millimetres of mercury). Normal pressure gauges will also work in reverse to measure a vacuum too. Old barometers were calibrated in Inches of Mercury and hence the expressions about the mercury rising relating to oncoming fine weather.

Fluids boil at lower temperatures as the pressure falls or vacuum increases and vice versa. This is exploited to keep cooling systems from boiling by pressurising them and to keep gasses liquid. It also explains why you can't make a good cup of tea on top of Everest because the water boils at too low a temperature!
Top

Andy, do a google of the Pressure Laws, as there were a number of different experiments undertaken by early scientists such as Boyle, Lussac and Charles to determine the effects of pressure, liquids and gases, as they are all inter-related.

Steve, that CX launch vehicle could be the ideal way of disposing of an end of life car, or a Citroenian, for that matter!

handyman wrote: My kettle boils at 92deg C, as I live 900ft above mean sea level.