We had a close call today in traffic and Daddy had to hold me in 1st gear much longer than he likes to. In fact, he very nearly bumped into my rev limiter but changed just in time.

What surpised bith him and Mummy was the fact that, above 3500rpm my powerful diesel engine becomes very rorty. Daddy says I sounded like a NASCAR, high praise indeed.

He'll spend several hours now looking where I keep the other 4 cylinders but a girl needs her secrets, doesn't she?
Top

Xantianut wrote: He'll spend several hours now looking where I keep the other 4 cylinders but a girl needs her secrets, doesn't she?

Daddy is Not Happy.

My RHS door lock cylinder has stopped working so Daddy took my door apart. He says my doors are easier than most but still a $€*+^%# to work on. However, he has got to the bottom of the problem and my cylinders are worn out. He was venting his feelings, building up to the Rossini like crescendo of profanity when the daughter of the people next door appeared. Hw says a Lady should not hear such cursing althoug he says I am no lady. Fair enough, let's see what other headaches I can give him!

It's no good, he's going to have to get a clicker.

But, can the ECU be programmed to take a clicker from another car with a Lexia? I'd like one of those so Daddy can plug ,e in to his laptop. Then I could show him summat, eh?
Top

Still no new locks but I did wonder what on earth he was doing when he started drilling big holes in my back bumper. I was worried! Has he gone raving mad? Had a breakdown?

No, not to worry, he was fitting some parking sensors. Even better, he's made them work! At least he took my tail light bulb holder to his workbench to solder the wires to it. I hate being burned!

Daddy's hips are bad tonight so I suggested he post some pictures of me. 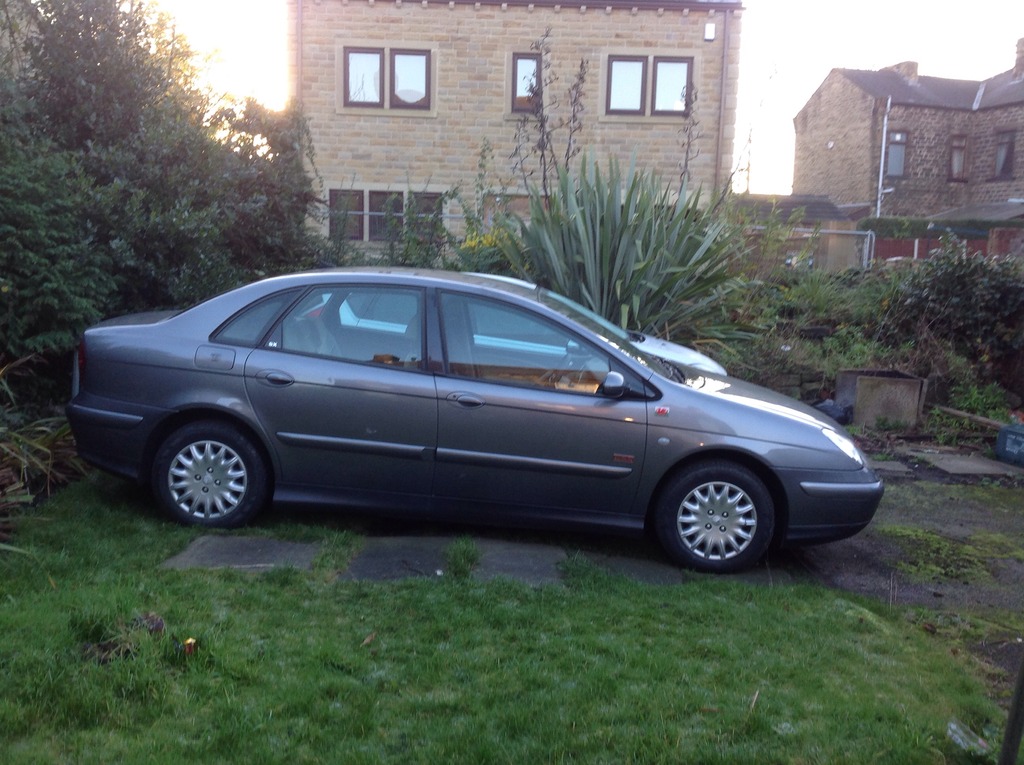 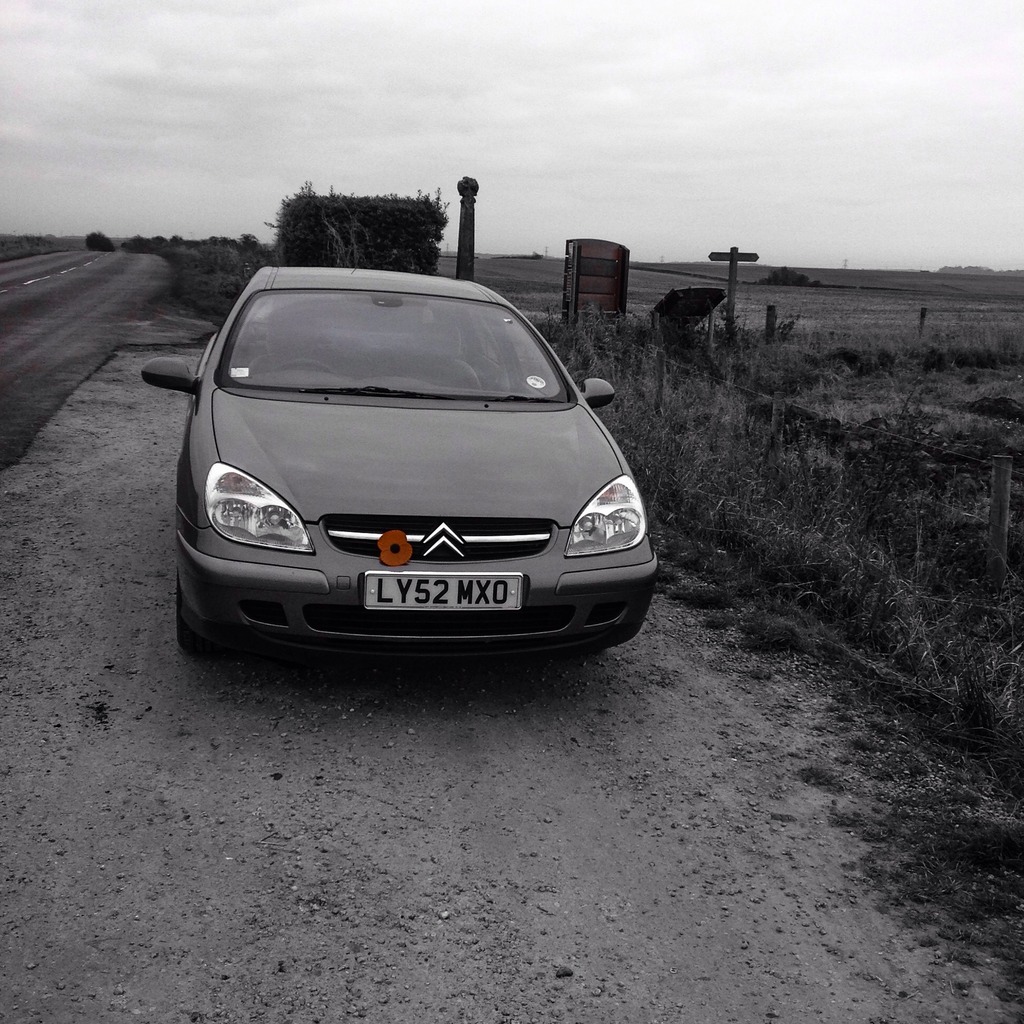 On Towton Moor, by the battlefield memorial 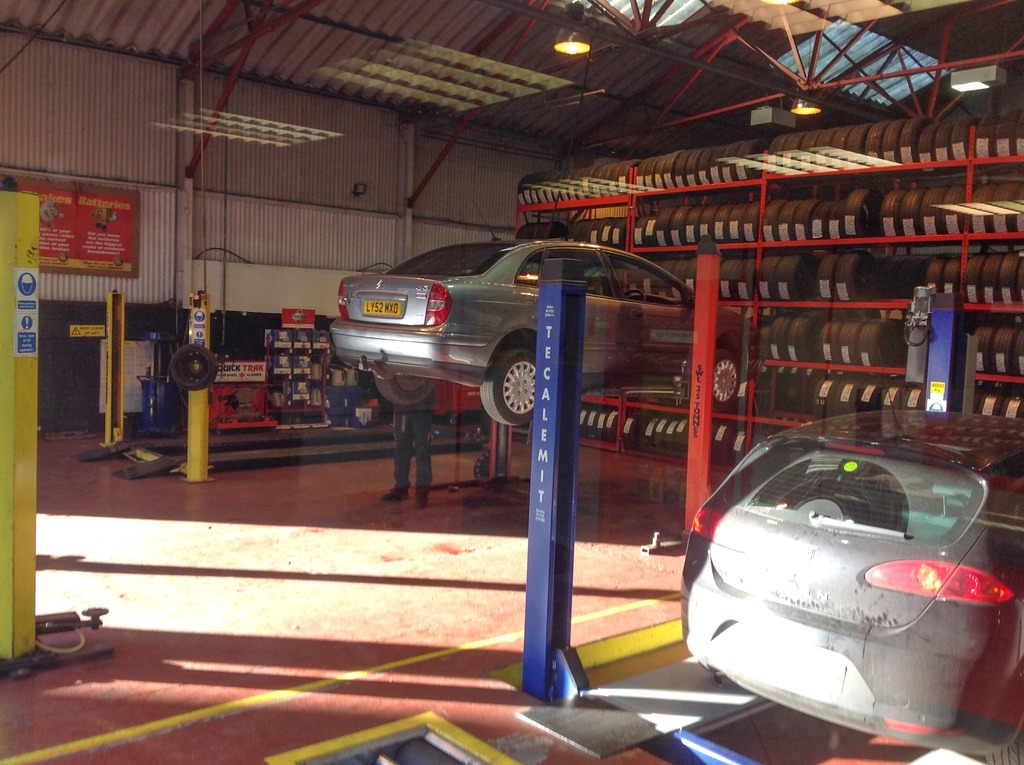 Getting new tyres in Huddersfield. They're Avons as well. I like Avons. 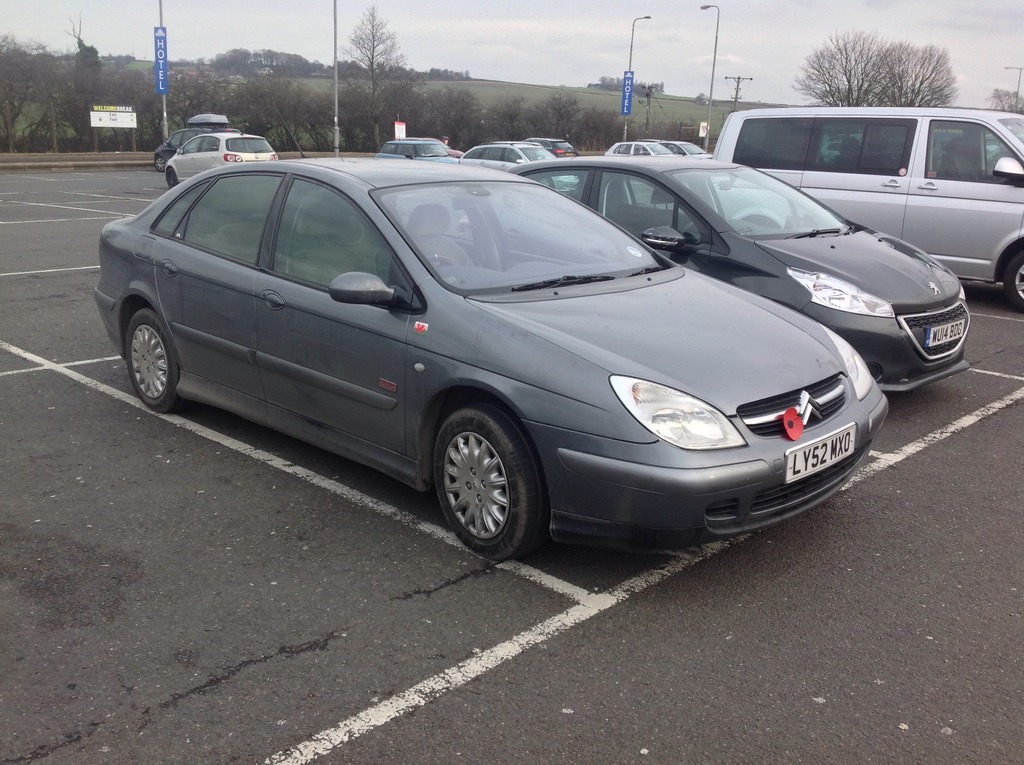 Looking a bit grubby at Woodhall Services on the M1 after my engine rebuild. 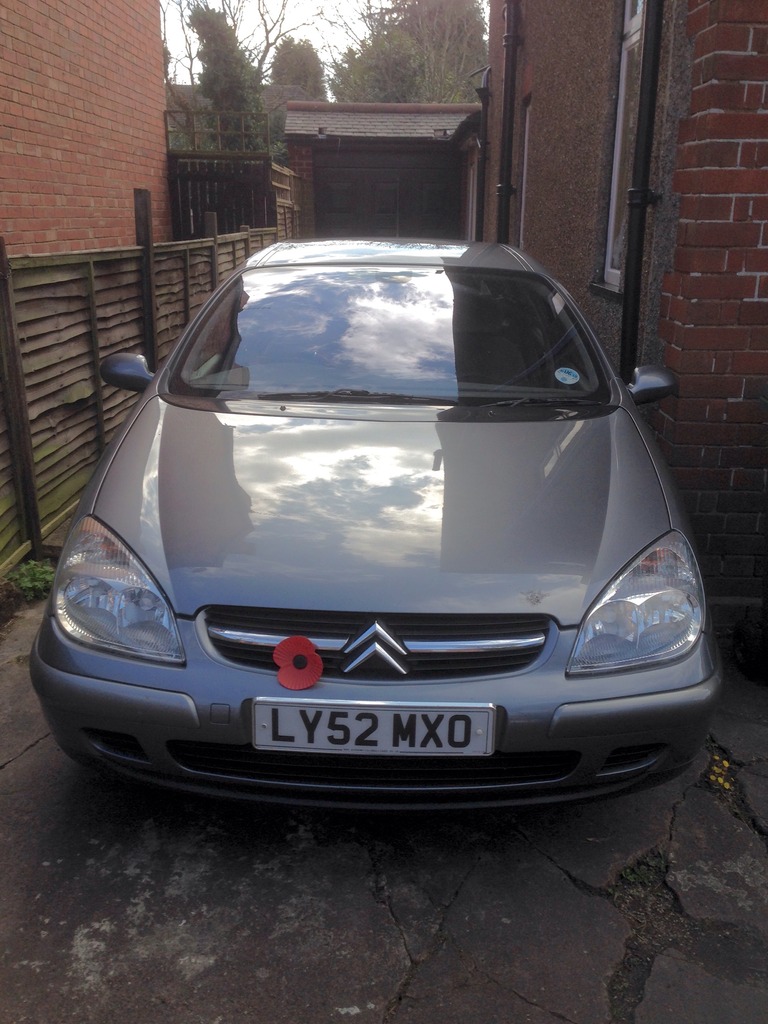 Bit of a squeeze getting in here.

And finally, 1st time kipping in my own street, just after I was adopted!!! 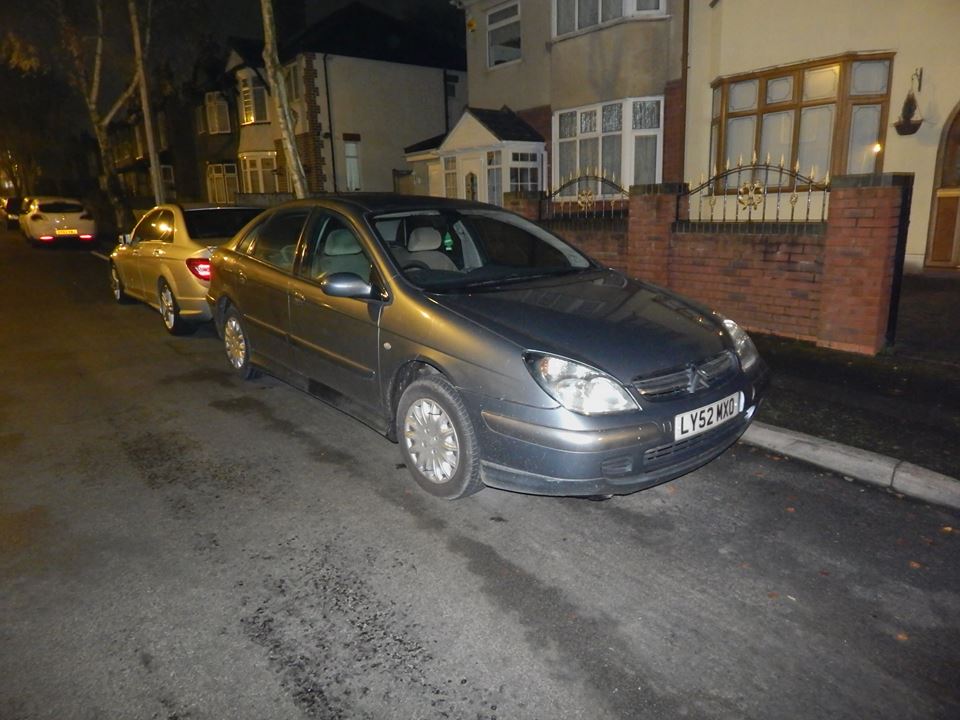 Daddy has been busy. I now have a new driver's door lock and it took Daddy no time at all!!

Just waiting for him to do the other side now......
Top

He's a good daddy isn't he

And here is the proof.

Daddy thinks I was designed by a German! 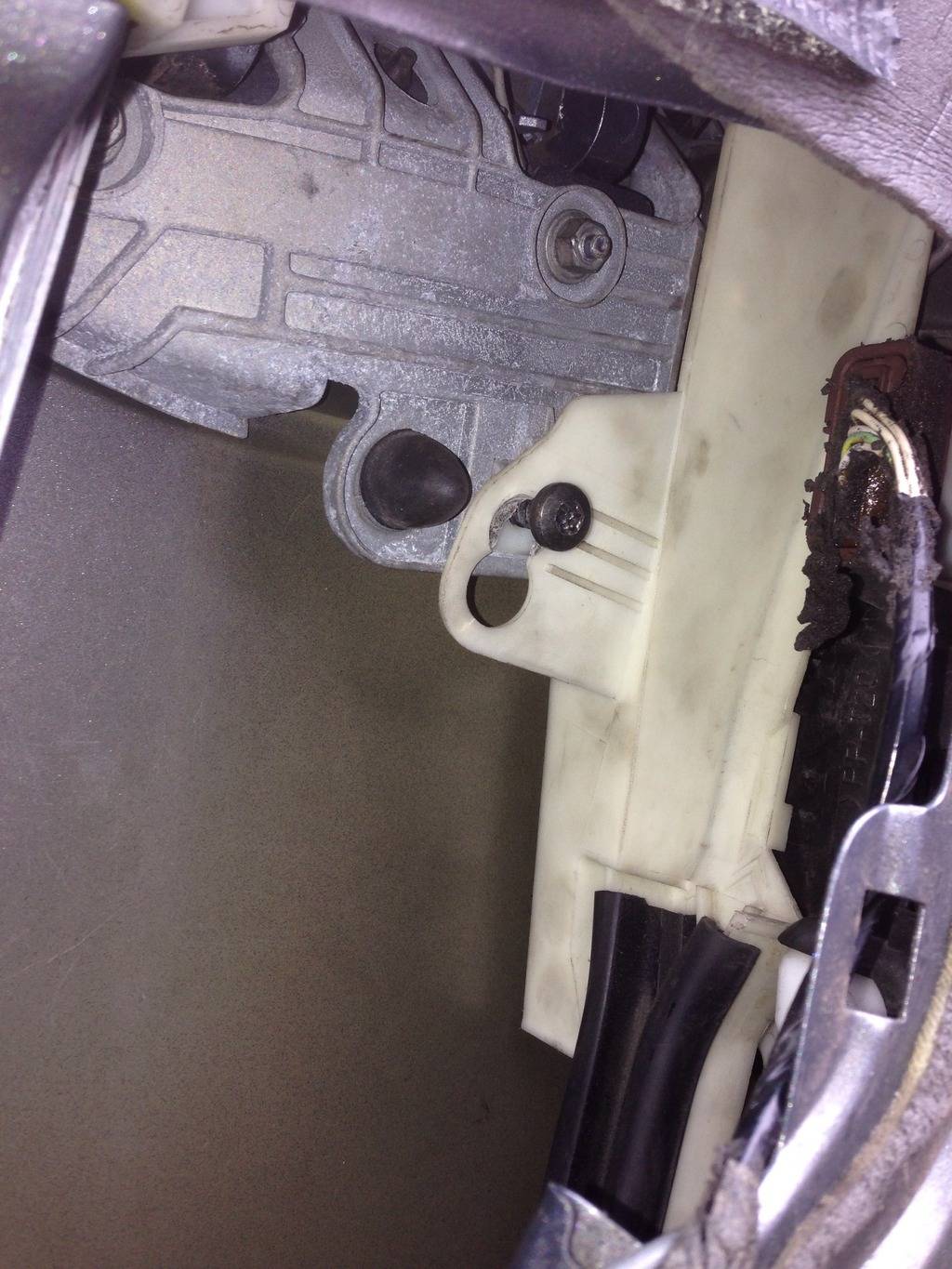 I am secure again. I also now have a locking diesel cap.

So could Daddy please hurry up and buy the damned Lexia?

So far so good

I'd forgotten about the oil change. So far, I'm about 200 miles over the 1,000 since my engine rebuild but Daddy does have other things on his mind.

He and Mummy have taken part shares in an allotment. There are some nice cars there, many of them total sheds but they're well mannered and we get on well. Daddy keeps using me as a van for carrying tools and stuff but that's OK. I've got a very big boot. We gave one of the other allotmenteers a lift home this week and she thought I was very posh indeed!

Why did Daddy have to say how little he paid for me? So embarrassing.......

Anyway, Daddy has ordered the bits, buying the oil in Walsall and the filter online. At least that's what I think he did. His Wallet has been attacking him for the last few days. He does look battered.......
Top

I know you can't enjoy the allotment produce directly but with Mummy and Daddy eating so well and getting super-healthy as a result you will surely feel the benefit!
Top

Well, Daddy now has my oil, oil thinners and filter. And a good socket set.

And, sadly, his 4lb hammer! He's saying this weekend for my oil change. This oil is starting to taste funny......

I'm On Show tonight, carrying stuff for Mummy's talk on Coffee Mills in Wolverhampton. It's nice being a van but I prefer being a luxury car!

Be worried, very worried if daddy tries to use a hammer during an oil change... It is not good news...

My Activa hates being a van too. Considers it beneath her...
Top

Well, my oil has been changed and the hammer is explained.

It's just as Fifi VI said. He waves it in front of the grille and says "See this? You'll get some of this if you don't behave!"

He did find some sludge in my old oil and said I had been "Run into the ground." What does this mean? I don't understand. Anyway, Daddy has promised me another oil change in 3 months so we'll see. It bunged up the wire mesh in his funnel so just think what it could have done to my powerful engine. At least I don't have jelly in my sump like some of the other poor cars on here. He got about 4 litres of oil out so he's OK with that.

Anyway, Daddy has also discovered why the small hose leading to my expansion tank was broken off when he broke it himself! It is right in the way of his oil filter wrench. He simply muttered "That's the French bit then!" and bought some special glue he calls Poxy Resin.......

Looks like I will be sleeping on his little ramps tonight. The glue takes a long time to set.