Thanks , they are getting very rare now . It doesn't really get used everyday now , it's a cracking car to drive with superb handling .

I think that is the best decision Mark. If we are to keep our prized cars good and make them last, I think they need to be out of daily use and used as an occasional car to enjoy. I hated having to use my Activa for a couple of months last winter, only because it was out on the salty roads. I pretty much dont use the XMs or Xantia in the winter, if I do its when the roads are dry and when there has been no grit down for a few days, its not worth exposing them to it. That is what my C5 is for

I've not had any time to get anything done on the Zx this week as a friend of mine wanted some joinery work doing so that has to take priority . One job I did manage to start was getting the underbody steamcleaned in preparation for some rustproofing . The old girl is booked in for an Mot on Tuesday so fingers crossed . Also there's been a small addition to my fleet which I got at the Icccr at Harrogate . 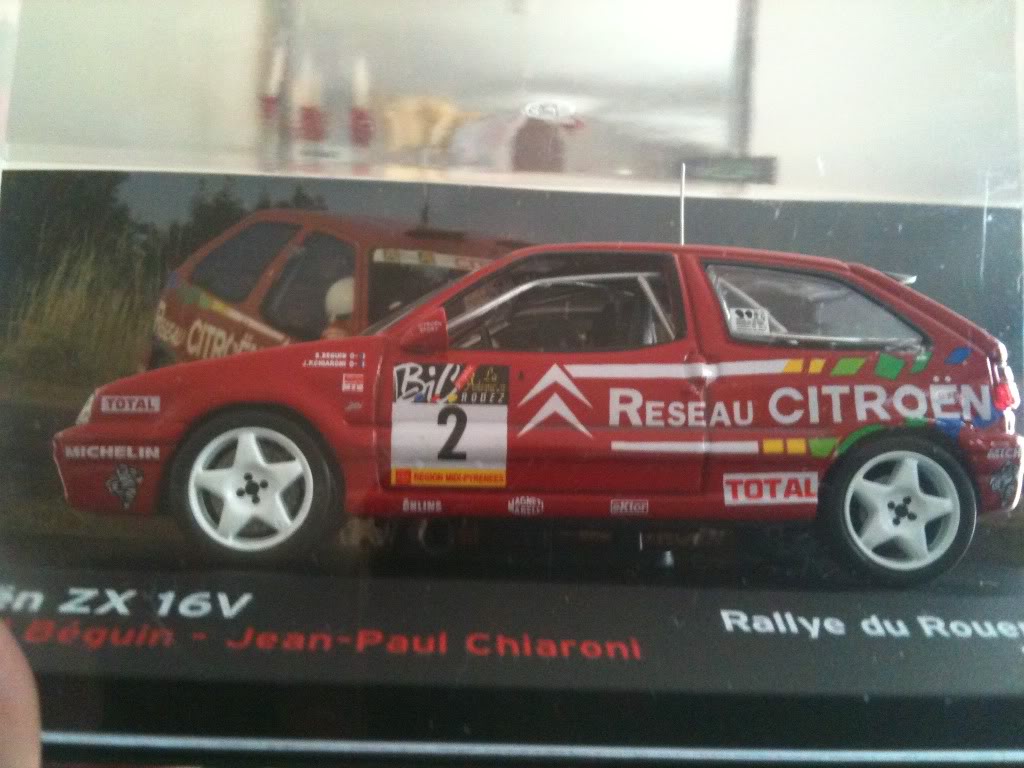 Well yesterday I called at the local Citroen dealer to order some parts for the Zx , first up was a new dipstick as the old one was going brittle at the top due to heat/oil , not too bad at about £10 + vat then it was some wheel arch clips which I didn't think were available but luckily still are a bargain at 32p each and last but not least were some clips that retain the sideskirts as I am going to be removing these to rustproof the fills etc , the price for these I thought was a little Ott £1.72 each and there are 18 on the car

, these only came in packs of five so I order three packs and I'll see if some of the old ones are saveable . While I was at the dealer I dropped the Zx of for it's Mot across the road which it thankfully passed and the mileage since last years was around 1800 . Next jobs after the Cxm will be to remove the wheel arch mouldings and side skirts , treat the very minor surface rust with some bilt hamber deox 'C' and then repaint and apply some Dynax UB . It really only seems to be the jacking points that have a small amount of surface rust on the rest of the underbody is virtually like new , I'll get some pics up of the jobs when I start .

Congrats on the MOT pass Mark.. Sounds like the car is well on the way to being a minter. Really looking forward to seeing you and the ZX at CXM

Thanks Jim , I'm holding off with the bodykit removal until after the Cxm , and I may even be getting the bumpers resprayed . I look forward to seeing you there Jim .

Good news with the MOT Mark

Your Citroen dealer sounds much more willing to help than my local lot.

I went in to order a imob. keypad code cover for an XM the other day. Without even looking they said it wont be availabe. Unless they store this information in their head or have recently been asked for one (I doubt that!) they surely don't know. SO I gave them the part number and annoyingly, apparently, its not available. Which doesnt surprise as Citroen seem to have a habbit of disowning all cars over 5 years old! I tried to get a boot liner for my 2006 C5 18 months ago, they no longer do them. Strange as that model C5 had only bee out of production for 3 years!

I like the Citroen UK video from the ICCCR, though whoever it was who said something like "Citroen look after older cars" made me laugh!

I look forward to meeting you again at the CXM. Not sure what I'll be taking yet but Ill certainly be in something with chevrons

My local dealer aren't too bad , I've ordered parts before from them and they have been pretty prompt . I had an Abs sensor replaced last year and they got it from a branch in Wales and apparently the last one . I've tried on a couple of occasions to get them to discount the last set of front foglights for the Zx from £75 each but the most they will reduce them is by £10 !!! They certainly know how to charge though , a few plastic clips and a new dipstick £50 . I really can't wait to make a start on removing the bodykit but I'm going to wait until after the Cxm just incase things don't go back correctly . I've then got my order to put into bilt hamber for some goodies plus if you spend over £60 it's free postage . I'll see you at the Cxm Chris , have you any thoughts on what car you will be in ?

I just hope that they do sell out of parts rather than reach a day and decide they parts are too old and they get thrown out. Which im pretty sure does happen in some cases. Prices can be a little silly, like you say.

I'll be there in the Activa or XM Prestige, I've not decided yet. Maybe the XM as I had the Xantia there last year.
Top

I look forward to seeing the Prestige if you take it , I do like that car and it will be good to see how the bodywork is coming on . Are you still tempted by a rotary polisher Chris ? If so I can de-cant various polishes for you to try if needs be .

The bodywork is much better than when you first saw it but it still needs a good amount of work. Likewise the dink on the rear is still there, if I end up keeping the car much longer I'll get that repaired. I really do need to get a machine polisher for it, which with time and building up some skill, will improve the finish no end. Unfortunately I have not yet had chance to look into them and so the NS of the XM still needs machining to match with the finish on the rest of the car.

I really could do with getting that done before the CXM, though I can't see me getting a polisher before them. Among other things I have two cars to tax this month, its an expensive one!
Top

I know the feeling Chris I've just Mot'd the Zx , next up is the Doblo in a couple of weeks for it's Mot , then they both need taxing at the end of September . And not to mention the Laguna is getting a full service on Friday but my better half goes 50/50 for that . Oh the joys of motoring

, i don't drink or smoke so cars is my vice , some people look at me funny though when I say we have four cars

Thy can get very expensive! My Activa is due its MOT before the end of next month too, I hope that goes well. I start back at uni next month too, which means not a lot of spare time, back to doing lots of miles and so on. Which is why my three cars need to be two again. Saying that, cars are my only indulgence too, I don't drink or smoke either.
Top

My mechanic friend who has been servicing my Citoens for 20yrs called this afternoon and gave the Zx an oil and filter change using total quartz semi synthetic oil , he also brought me a bottle of forte injector cleaner which I have used before and really rate . While he was here he also gave the Laguna a full service ready for the winter . Also I changed the remote receiver in the car for the remote locking and I have now got a brand new genuine Citroen plip courtesy of my friend who brought me a bag of brand new old stock parts for the Zx a while ago . Next up could be a full stainless exhaust or the front & rear bumpers resprayed , I'm not sure which but possibly swaying towards the exhaust .