I have run a short introduction on here, and posted up a few threads about my A/C and Cooling System... But I thought I should introduce everyone to the Xant I bought.

The vehicle had three previous owners, I believe... Spheres (All), Cambelt and Waterpump, Brake Pads and Disks and 4 Brand New goodyears in the months leading up to the sale to myself... I couldn't refuse it!

It was on eBay and I was quite prepared to pay the £475 it was on for, seeing as it was in a presentable state and MOT'd until September. The only downside for me is that it's a 1.8-16v unit and they don't come cheap to insure, or fuel (Compared to my previous Nissan Micra 900!).

To add to the allure of the price and MOT status, it is the Desire model, so Electric Windows all round, Air Coniditioning, ABS, Front Fog Lights, Electric Mirrors, Remote Locking + Alarm, all standard which I felt was strange as the desire was cheaper than the SX, yet the standard SX got no ABS!

Anyhow, I won it on bid at £255.05 which I was ecstatic about. When I turned up to this quaint little cottage in Mid-Suffolk to collect it, I was even more happy. The vehicle was in a heated garage and the house was very presentable. After collecting it, all was well... However, recently after transporting load, the ride height is up the spout. So, that needs looking at. Also, the radiator fans aren't working properly, so they need to be played with a little more. But apart from that, everything is spot on. The engine doesn't feel like it's done 107k, more like 45k. In fact, I've had 16,000 mile Hire Cars that've felt worse than this Xantia...

So, watch this space. Soon there'll be a Sphere Change (They're due), Rad Fan Pictures, Height Correction issues, installation of "work tools" and perhaps some minor body mods.

However, I'm not a speed or mod-freak, so anything should be subtle and small! 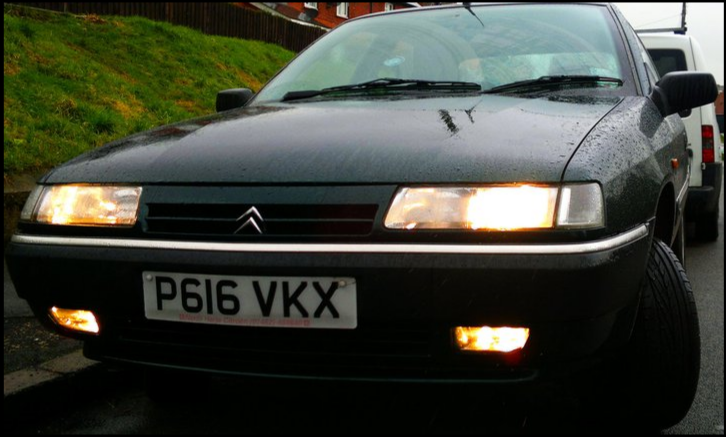 Nothing wrong with that. The beauty of 1.8 is that they are cheap and usually lower miles than the diesels. I bet you will get good economy on a long run.
Top
Messages: 2 • Page 1 of 1