HAHA Kev, LOL, My Ladie calls my XM's a "DeLorean" too, however, my 24v is ONLY missing the Flux Capaciter... its already silver.. LOL

So early XM's have got into recognised classic status ! YAY! Advantage of an S1 car... LOL 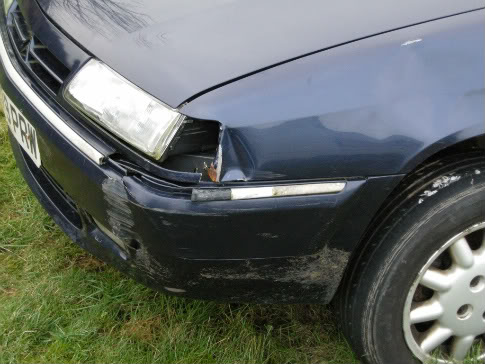 Thats an old pic, no one was meant to pick up on it, I only uploaded it to show someone, was going to remove it now..

Ive done all the work previous in this topic, but just a bumper holding me up now to put back on!!

Ran out of money to get one and get it sprayed, need to spray a wing too, which I do have...

Wow, its owner didn't think much to tyre tread did they!

Thats An OLD PICTURE guys from before I bought the car, those tyres were only on there to make the car moveable!!

Well after trying to palm this one off on someone else, today, I changed my mind completely... SORRY...

This was because after a New look over I discovered this: 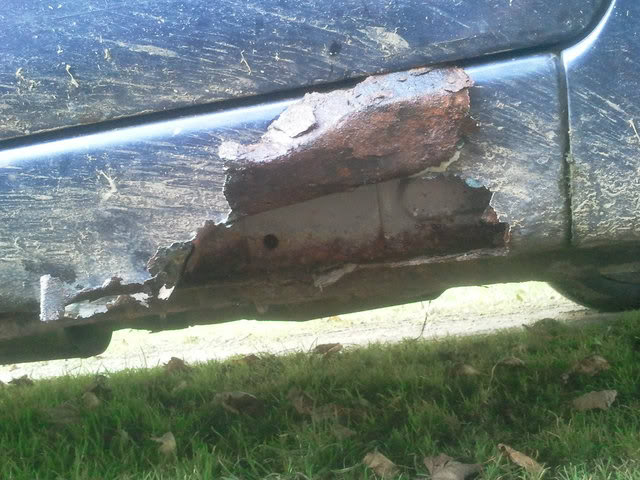 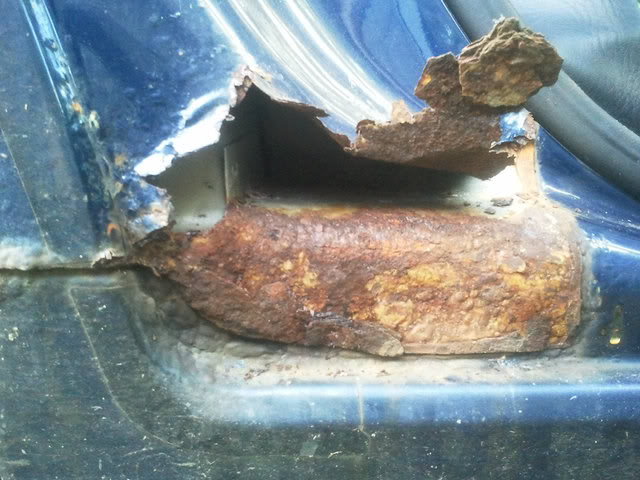 However, I had a little play with the S2 shell that went today, and did some cutting out...

This is how they look when you remove that section... 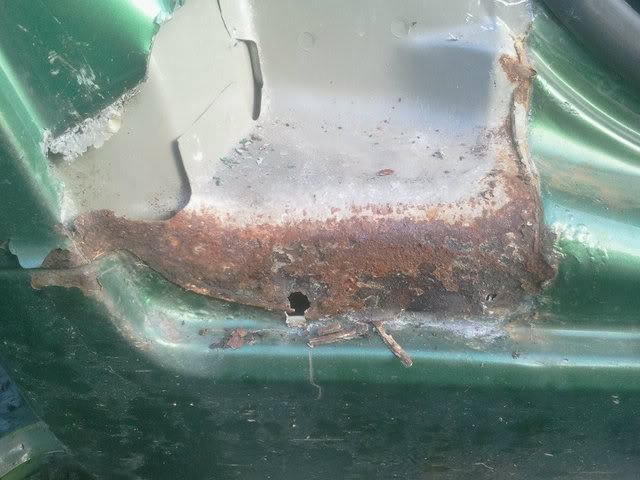 The piece cut out is only spot welded together with two other seams.. the piece removed has got surface rust on both sides, but is not rotton. A bit of a clean up and protection should see it right. It fits nicely inplace of the missing Jamb on the V6.

As for the cill, its rather straight where its gone through, so that will be easilly enough to weld...
Last edited by citroenxm on 24 Sep 2013, 19:22, edited 1 time in total.
Top

Bit of chicken wire, newspaper and filler and she'll be as right as rain Paul

Seriously, good on you to keep a fine early V6 on the road... Make it your daily driver! You know you want to

See Jgra about his LPG kit and LPG it!
Top

is that a monopoint with what looks like a gas ring that goes in the air intake?

Those are great for spectacular backfires I believe.

Well as above.. Sadly due to end, as the Rust content on this car was far higher then anticipated.. A Huge disapointed, people would be forever chasing and cleaning rust on this car, but its not confined to body either.

So, I took the descision to break the car with a heavy descision..

A strip down was performed by me, as useual, to which the larger extent of rust attack became inniment.

All mechanical items, that is, clipers, steering rack feed/return pipes badly rusted, strut tops completely buggered, then at the rear subframe Im having to let the struts and hydractive block go as the feed pipes are completely siezed up, I have removed the rear electrovalve from the block, of which we discussed earlyer, I found there to be no corrosion of the electro valve, so the mystery of being disconnected will always be.

So, things I kept:

Strut tops, struts and hubs (Strut tops despite being knackered)
Steering rack is off
Engine / box out complete. (Has a new home)
Front height corrector cradle
Front cars FULL main harness removed (Has a New Home)
Throttle cable removed
Dash out (Will be used on a project)
Heater box out for air con items (For air con parts)
Seats out (Will have a new home as no one wanted to buy them)
Carpets out (Will have a new home)
Rear subframe... (After items below removed, getting binned!)
Rear electro valve
Rear calipers
Odd pipe here n there
Rear anti sink valve
Rear height corrector cradle
Arieal amplifer removed from the base of the aireial

I have also as some will know removed the rear tail gate..

Bonnet Removed (For Jims friend, Paul??!!)
All doors currently removed but WONT be hanging around long!)

Then today, we have got to this stage: 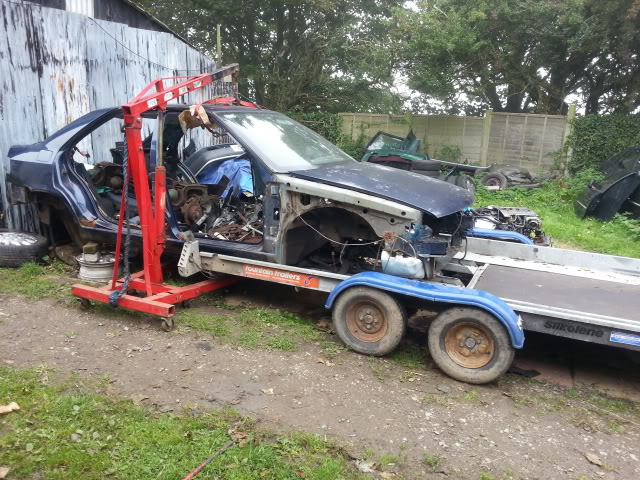 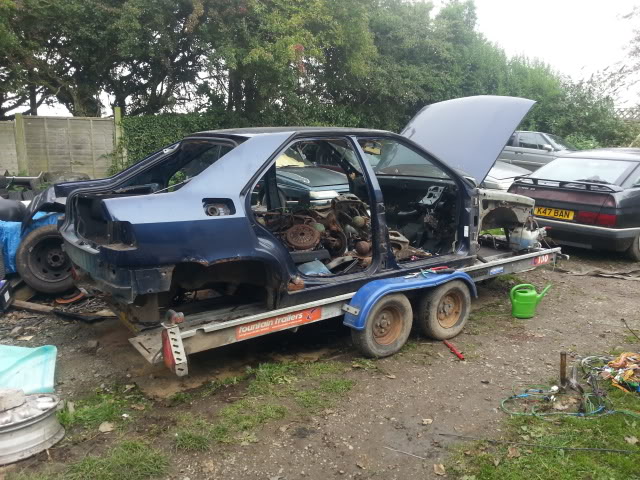 End of an Eira. I can see the appeal of these V6 with their owners, and unfortunally I never got the outright pleasure from this car because of the constant misfire the car had, which I then eventually fixed with a replacment Coil Pack. I have now ALSO got another working one! But unfortunally got it mixed up with the one with the misfire. To make the matters worse, I dont currently know where the buggered one it and the other one working one is. Ill find them one day anyway.

But for now. For this car. It is.. Over and out. A slightly sad day for me tomorrow. And the loss of one of the earlesyt V6 Xantia cars.

Tis a sad day indeed, never nice parting with a car you liked in that way!

Theres soooo much all over the place, You know, I might make a "Xantia Shop" on ebay! Now theres a thought...

Oh and dont forget that washer fluid, should do 2-3 refills of your XM at the strength it looked like