Its looking excellent in that last picture

Sounds as though its going well and not drinking too much fuel either.

What are your plans for it, or bits that need doing?
Top

Citroenmad wrote: What are your plans for it, or bits that need doing?

Needs a breather pipe and spheres doing ASAP, NSF headlight and OSF indicator lens need replacing before the MOT runs out. Clutch pedal's on the high side, so I'd imagine that will need doing sometime later this year, though I'm a pretty gentle driver and there's no hint of any slip, it's just high on the pedal.

Other than that? I haven't decided. Certainly I won't be messing with anything mechanical as it's running superbly (touch wood). Cambelt change is on the cards as I don't know when it was done last, should have been at 72k but I have no service history, unfortunately. It's been MOT'd at the same garage every year since 1999, so there's a good chance it's been done already. But I'm not 100%!

Cosmetically it's a different story. I'm known for not leaving anything standard for long, and the paint's not that good close up (lots of stonechips/scratches, one wing's been sprayed and it's flatter than Norfolk in places-the pics make it look much nicer than it is). My patronage of Retro-Rides bears testimony to my love of modified stuff, but rest assured it WON'T be going down either the bodykit/lairy paint route and it DEFINITELY won't be ending up 'Rat-Looked'.

However I did spot this dropped/'cleaned' Peugeot 605 on R-R a couple of days ago.

Not to everyone's tastes I'm sure, but I think it looks AWESOME with the exception of the 'MP' logo).

Im not sure what look your going after but although im going for a concourse look for mine, Ive been messing around with retro ride looks for a while and always thought the following two ideas would suit the Xantia well....

Lose the wheel trims, repaint your steels to silver, fit some Citroen Berlingo black wheel centres (like the golf G60 centre caps) to contrast and then whack on some whiteband whitewall trims

You can Yellow your front fogs with stained glass window film, its only about £10 a metre squared.....Cost = around £70 all in.

Or if your more flushed with cash? ......Get some moon discs and white band trims on it....with yours being white it will look the business i think

To give you an idea of what i mean.....heres some stuff ive done to mine in the past / present....Ive always wanted to moon disc one though 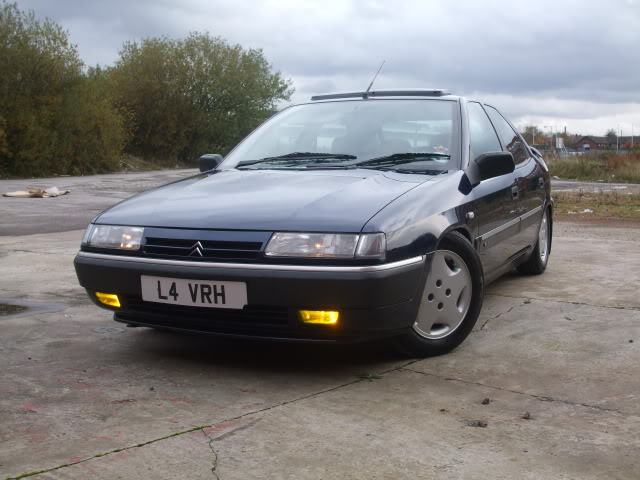 And last but not least....Moon discs on whites 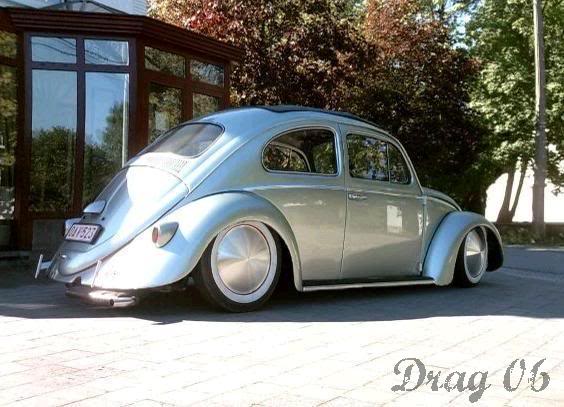 I think it would be the worlds first on a Xantia

It's certainly an idea. Nobody's done a hot-rod/lakes inspired Xantia yet. I'm a lover of flat/satin paint, steels and lowering. One of those is absurdly easy on a Xant!

Or go down the Series 1 Xm route and get a set of these wheel trims. 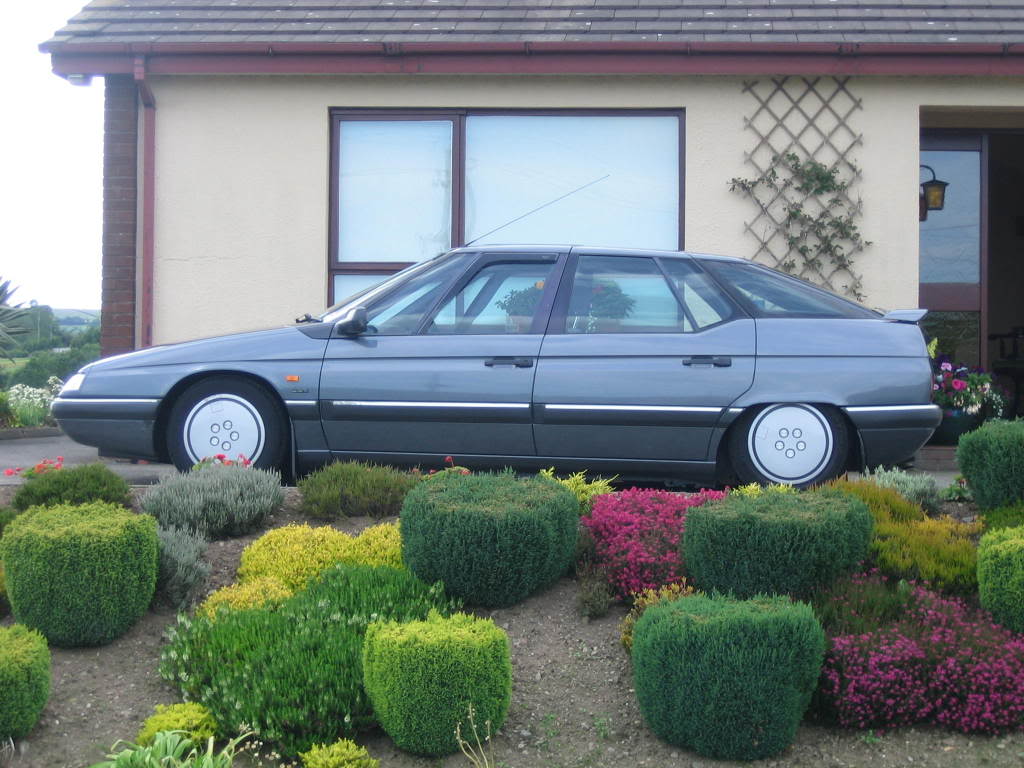 DickieG wrote:Bearing the above in mind I'll have to see how DS Pallas wheel trims look on a Xantia

Richard....ive thought about that before

I presumed the clips would be different and wouldnt accept a normal steel? Am i wrong?

Nothing to report. 650 miles on £100 of unleaded equates to just over 39mpg, hasn't used a drop of oil or water, and has started first time, every time.

Payday next week, can spend a few dollars on the bits that need sorting then.

DickieG wrote:Bearing the above in mind I'll have to see how DS Pallas wheel trims look on a Xantia

Richard....ive thought about that before

I presumed the clips would be different and wouldnt accept a normal steel? Am i wrong?
I want some

I'll check them soon but they both use 15" wheels so possible but DS Pallas wheel trims in good condition are generally around the £60 mark each, so as in everything in the DS world costs generally work around £200 mark whatever you do

Haven't updated this in a month now, because nothing's gone wrong with it. 1500m covered now, has needed a pint of oil and nothing more.

Spent last weekend marshalling on a stage rally (another of my weekend pursuits) so got the chance to 'open it up a bit' on a very dusty ex-WW2 airfield. Great fun, but now it's filthy dirty and full of dust!!!

MOT time's coming up, so have got to replace a mirror glass and maybe a headlight (cracked lens)...but a mate's just been round and apparently one of his work colleagues is just about to weigh a similarly-aged TD Xant in....so may well be on a tatting mission next weekend to rob it of its headlights/mirrors/15" steelies before it goes 'over the weighbridge'.
Top

12 months' MOT. Without a spanner laid on it. RESULT.

I just realised I hadn't updated this in about nine months.

Still running absolutely fine, have notched up almost 10,000m and it's been unstintingly reliable.

It's been enjoyed though, which is the main thing.

Plans are to carry on running it until the wheels drop off.
Top

Whats that it says on the side?
Top

Excellent! I bet that does get some looks...!

Whats that it says on the side?

I caught sight of the local West Mercia Motorway car on the M5 a few weeks back, the officers inside were pi**ing themselves laughing as I overtook them.