Now when the adapative stuff is added on its even better

How do you get cheap ferry tickets or do you pay full whack as im trying to get across the water and see family for 2-3days, during easter as well

and the cheapest i can get is liverpool-dublin for about £180 and its an 8hour ferry each way... If i go the northern routes the price is nearly £260 return never mind the fuel upto stranrear/cairnryan/troon which is a good 5hours and 3times the milage without any traffic or stops and i know from warrington 3.5hrs is possible.... but thats mainly M6/M74/A74 and i know the A74 has more radar guns than a top secret MOD base these days

Plus thinking about the southern route diesel down there is about £1.24 a litre in some places along the M1 but i can now get BioD for £1 at 'mates rates' and class it as self producing

I paid £125 for a return ferry trip to Belfast for a car and 4 passengers.
Top

I am obviously doing something really wrong then

Maybe i should get a snorkle for the RR and sail it across as they do apparently float.....
Top

If so it's almost a Citroën

The Renault equivalent of the Xantia V6...

What gearbox? Manual or automatic?

Absolutely - That's the Xantia V6 under the bonnet, which I have to say, is a nicer sounding unit than the newer generation in my Avantime, the C5 etc...

That car was a manual. The Monaco got satellite navigation as standard, which, being 14 years old now, must be quite entertaining to use - hence this guy had a TomTom on the screen!

Chris, I was really impressed with the new boat. There were also very few people on mine so it was nice and relaxed

How was your Belfast trip? Yes, us Belfastians are quite fond of the diamond... unfortunately a little too fond of the dCi as well.

KP - I'd really advise you against that 8 hour misery that is the Norfolk Line. It really is majorly depressing - no entertainment, crap food, and lets face it - you could be in the US in that time. It's a total waste of a day and they're much less efficient than Stena. Well worth the extra driving up to Cairnryan - I paid £79 one way. Return trips rarely cost me more than £160. You seem to get much better value when carrying passengers though. I've done the drive from Birmingham up there numerous times - in the C5 V6 I still had over a quarter of a tank to play with in Belfast. It usually takes me just over 5 hours - one Espresso stop at Southwaite services - but you may hope some idiot hasn't spilt diesel all over the M6 like this time

Noticed plenty of speed cameras! One may have possible caught me - cruise at set at 78 MPH.... probably only actually 75 MPH.... should be fine.

Fuel prices down south are actually levelling out with ours, so it's not really worth it for that - even at mates rates I'm not sure it's worth 8 hours of hell.
Top

Oh and I picked this beauty up the other day. Another car off the wanted list. It's for sale.... debating keeping it and selling the newer Clio auto..... 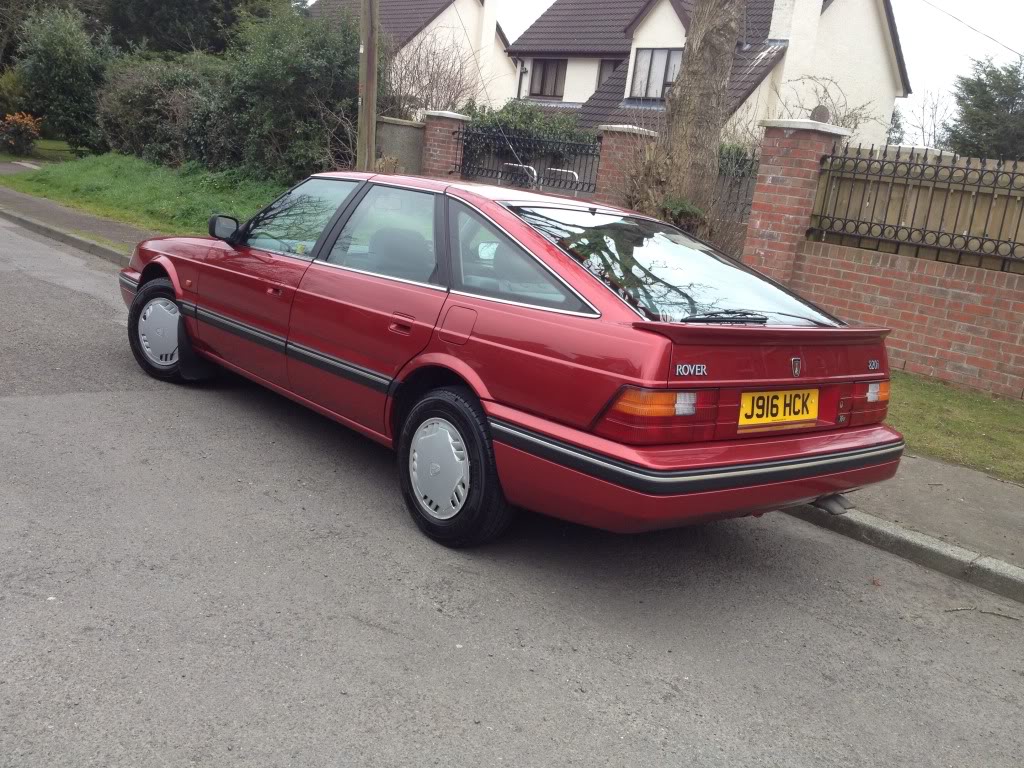 Keep it! Keep it!
Top

R9UKE wrote:
Chris, I was really impressed with the new boat. There were also very few people on mine so it was nice and relaxed

How was your Belfast trip? Yes, us Belfastians are quite fond of the diamond... unfortunately a little too fond of the dCi as well.


Noticed plenty of speed cameras! One may have possible caught me - cruise at set at 78 MPH.... probably only actually 75 MPH.... should be fine.


Yep, impressive for a Ferry, even the food was not bad. My belfast trip was a good one, it consisted of two cars and 9 people, we dashed up to giants causeway, had a good walk and a look about there. Then we had a drive down the coastal route for a scenic drive back to Belfast, grabbing lunch at a nice pub on the way. We then had a look around Belfast, did a little bit of shopping and hopped onto the Ferry for the return trip. It was a pretty full 12 hours in Ireland

It wouldn't surprise me if I got a letter through the door myself, hopefully not!

No worries about the ferry Luke, i have a laptop with 2 batteries that i intend to take fully charged and an iPod as well with some movies preloaded on it.
The shorter driving will be much better on fuel as having done stranrear so many times i've lost count either as a passenger or driver as the years have gone by the roads may be better but the average speed has come down it does take that much longer.

last time i did the dublin route it was gale force 5 winds in the sea and we spent 18hours on the ferry at the otherside of the harbour waiting to go out. when we did the captain certainly had full power selected as everything in the kitchens and so on was tied down and people told to stay in cabins or on non movable seats.... I've got some really good earplugs as well so i'll find a nice quiet area, keep a credit card and about £10 on me and likely get some sleep on the first ferry ( 0300hrs sail time!) and likely watch the movies on the return. I dont get bored easily as i can always do some training material as well.

£179 from liverpool to dublin
£240 from Holyhead/stranrear
add 2hours of extra fuel, even at cheap rates i get now

each way is still another £60-80 depending on how fast i go!

that thing really flew down the loch, gosh i even remember when the seacats first came in and ferrys even left fleetwood(not the mac!) on a regular basis.

The rover, well how rust free is it?? Honda engine IIRC so should be OK though bodywork, was, well rizla thin!

PS if you want the Lag bringing over i still havent booked yet(waiting for holiday authorisation!) so if you have something for me to drive back in and around in for the day before let me know

I can sort you out with a car to drive about in and take back!!

That XM has an uncracked gearknob.

Very rare for that to happen here Adam. More likely to have a rotten back end!

Glad you enjoyed Belfast, Chris. Yes, the food was good, although being a coffee lover, I wasn't too happy with my Cappuccino coming out pre-made from some machine behind the bar. Not good enough, Stena!

The Rover is almost completely rust free. I'd say it was garaged most of it's life. It seems to have been wearing the private plate "44 JT" for most of it's life, which is now on a Range Rover. Speaks volumes! Service history shows two head gasket changes

I'll have to pass on the whole car thing. It could have worked out really, really well but I have absolutely nothing that is taxed and MOTd that I'm willing to part with for you to take

I would make an extra extra effort to find you a ride home if this wasn't so bloody far south!!!!

Anyway, you're welcome to call into The Renault Health Centre that is my driveway, you can experience Avantime

Luke, forgot to mention about the 800, I like them, keep it!

robert_e_smart wrote:I can sort you out with a car to drive about in and take back!!

Make a nice commuter for you Chris.
Top

Make a nice commuter for you Chris.

Yes... free arse rinse in the rain too. 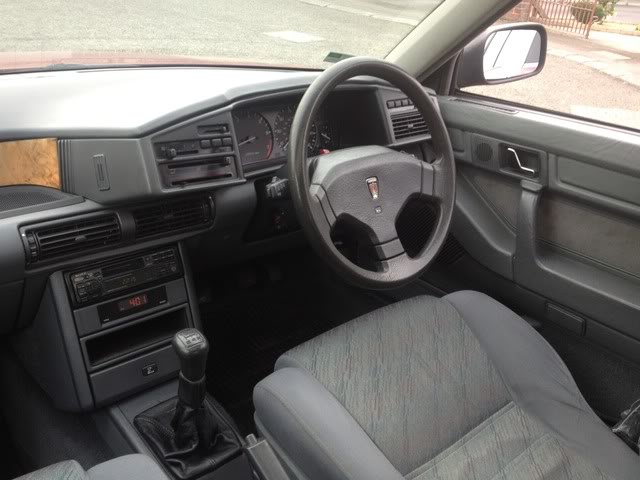 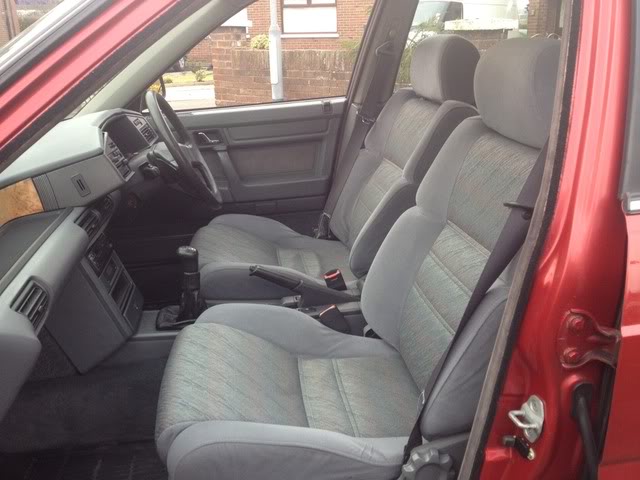