Yes, enjoying myself a little before I have to get sensible and buy a house

The X5 won't be staying, it's a fun way of sampling life with an SUV and yes, it's definitely the way to go. It'll be for sale when the perfect Lexus RX300 comes along!
Top

Another Avantime! Great stuff, is it in working condition?

Not quite sure what to say about the X5, they are one of my least favourite cars

What the people who drive Range Rover Sports used to have ...

Saab was a fantastic buy, they are nice cars.

A nice collection of Citroen, how you got that BX for £100 is a mystery

I think the x5/BMW/audi lot are just a sub group, but even the real range rover's get driven by the same group of, err, unique individuals of the base cap variety...
Top

its almost as german as the x5 lol
Top

KP wrote:its almost as german as the x5 lol

I beg to differ. The gearnob is left over from when I had an austin montego in 1990 as is their door handles, and the engine not much newer so I'm going to claim it's British. Better than german (just)

Is it the K series engine then?
Top

A K Series engine that has had it head gaskets done once and done properly will never need any attention again.

It was BMW that caused the majority of the problems with the K Series. The 8v engines were fine, then BMW changed the dowel that goes between the block and the head for the oil channel from metal to plastic. The plastic melts and pushes its way between the head and the block causing the gasket to give up. If you buy the 16v head set it comes with the plastic dowel. If you buy an 8v headset and take the dowel out of it then it's still metal.

You can buy aftermarket head sets that have the metal down in them too.

If you skim the head and do a proper job on the gasket replacement, change that dowel for a metal one you'll get no grief off that engine again.

Most of them have not had much work if ever a coolant change so are already on bided time, sometimes safer to stay away from such things lol
Top

Where's your sense of adventure!? You can do the head gasket on a K series in less then 2 hours... As long as you buy it at the right price it can be a good car.

I hate hg jobs! I had an r5 1.4 auto with the twin down draught carb and same block and head as the turbo engine. Two head gaskets for that thing before it got scrapped.
1 r5 gt turbo that had one hg in my ownership before some carb links melted and nearly the rest of the car as well
Then an r19 16v that had to have a head gasket as well. After that I've mostly had diesels as they never seem to need them as much and that makes me a happy chappy

March was a massively exciting car month for me so I'll have to share.

It began with me acquiring something even more GM to replace the Saab with. 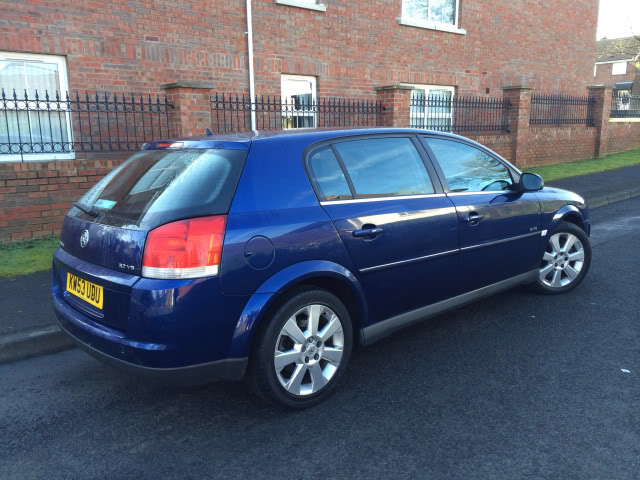 It's got the most delightfully raspy V6 I've had the pleasure of driving so far, it makes our French PRV V6s sound timid. And it's doing 29 mpg around town!! It's got a higher window line to the Vectra which makes it feel very different to sit in. The seats, unexpectedly are BRILLIANT. It's got a feeling of solidity and road holding that does lack with the French stuff, and I've done nearly 2k miles in it since getting it a few weeks back - a sure sign of how much of a fan I am!

Taxed until November and MOTd for a year.

For being the range topper it's a bit strangely spec'd. No sat nav or parking sensors, but a fridge between the rear seats and windows that close themselves if it starts to rain up to four hours after you've locked it. The guide me home headlights are clever too, as they light up the very bright reversing lights along with the dipped beam - very clever. 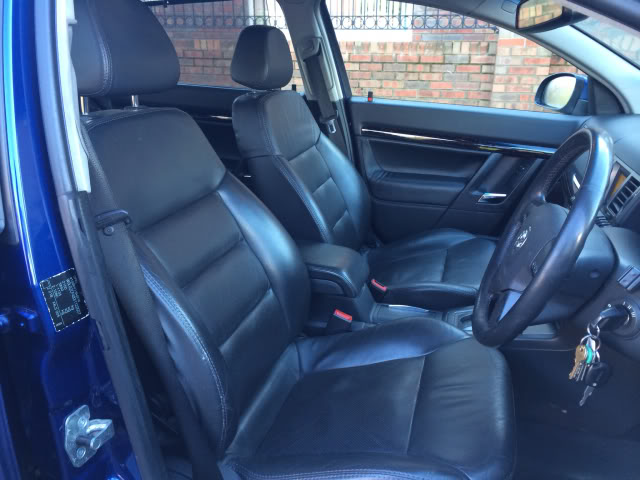 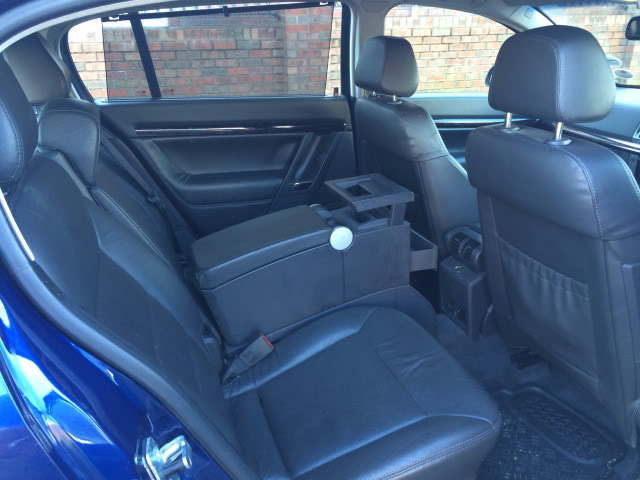 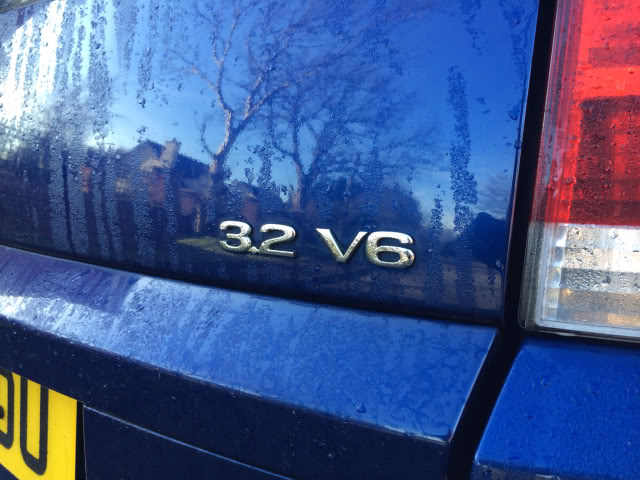 But that's enough Vauxhall content for the next decade I'm sure.... Onto the next two massively French new arrivals 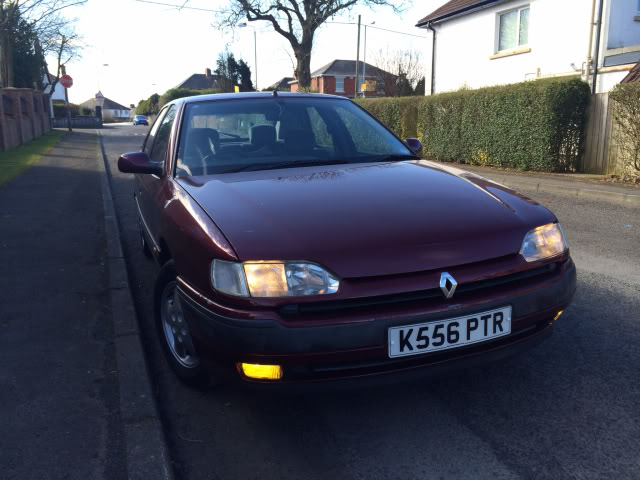 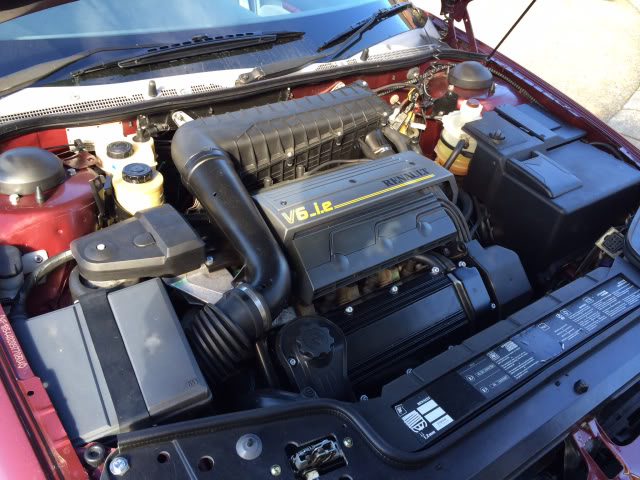 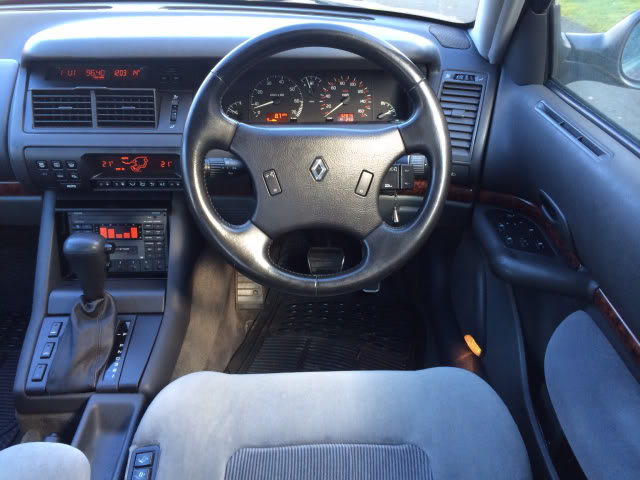 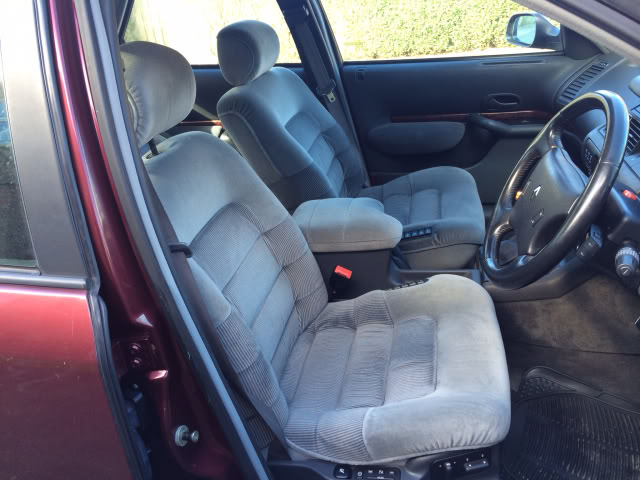 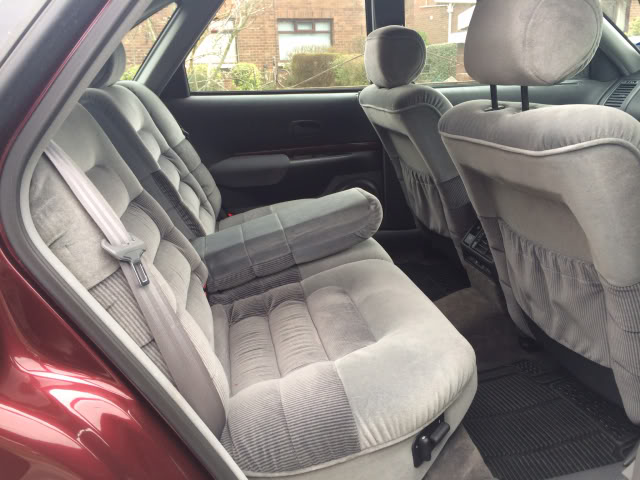 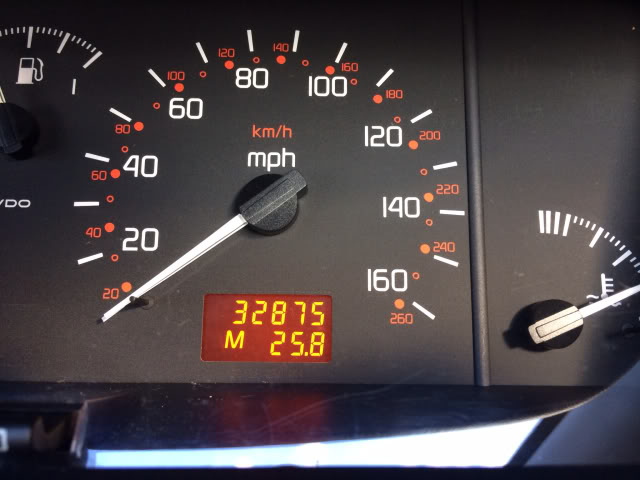 This is apparently one of eight, and the earliest known, registered Safrane V6 RXEs left.

It was living in Jersey up to a few years back, hence the mileage. It has wanted for absolutely nothing mechanically, and the interior is like new too! Got a huge pile of history with it, scary the amount of money that was spent. 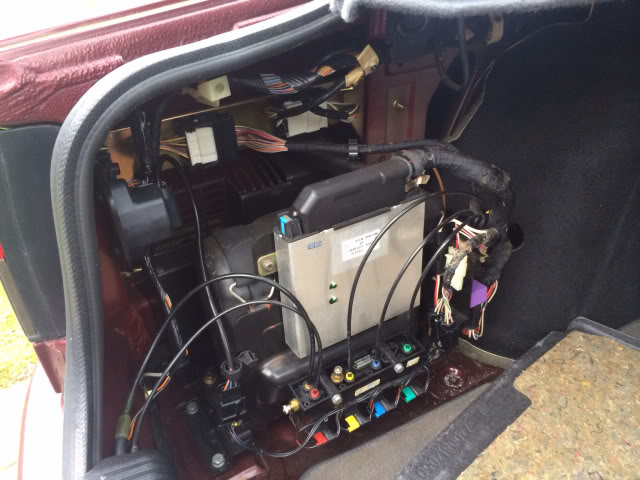 I picked the car up in Barry, Wales just over a week ago and drove it up to the midlands to spend a bit of time with the family there. Last Monday morning I set out at 4:20am for the 300 mile drive to Cairnryan to catch the boat back to Belfast. Pulled onto the M6 and after five minutes - BEEEEEP, Service and engine management light - WHY now!?? Pulled in, drove exactly the same, no odd behaviour. Turned off and on again and it remained on. No time to spare and no apparent fault so I drove on. 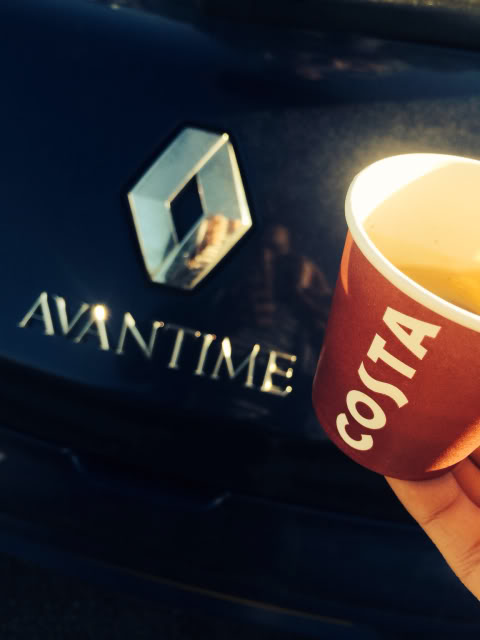 Reached the ferry port without further hiccup averaging 34.9 mpg and reading to pluck the mainland of another Avantime (Sorry!). EML turned itself off that night with driving around Belfast.

It's now settling in well, sharing the daily commute and getting my reg transferred onto it

it's taxed until February 15 now!

Surprised by the sheer lack of toys compared to the Privilège. Not even parking sensors or cruise! Gotta say though, the half leather is much more comfortable, and the manual gearbox isn't as unpleasant as I thought it would be. Very happy with it! 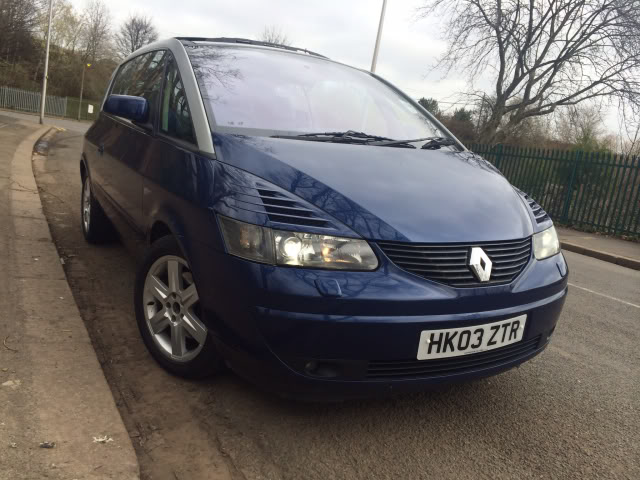 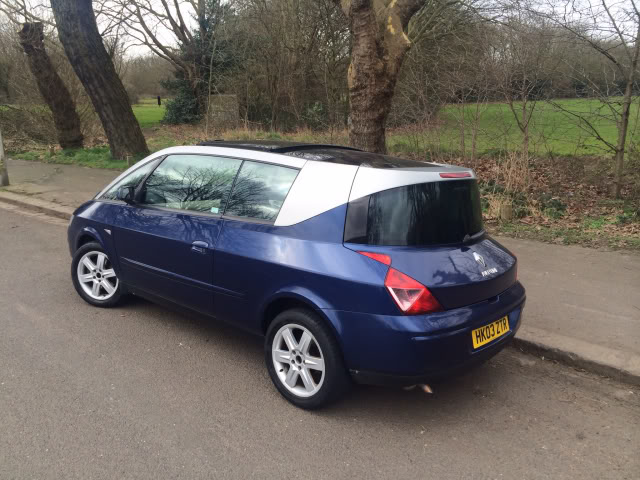 And it seems my little BX may be for sale soon..... Watch out for that.
Top 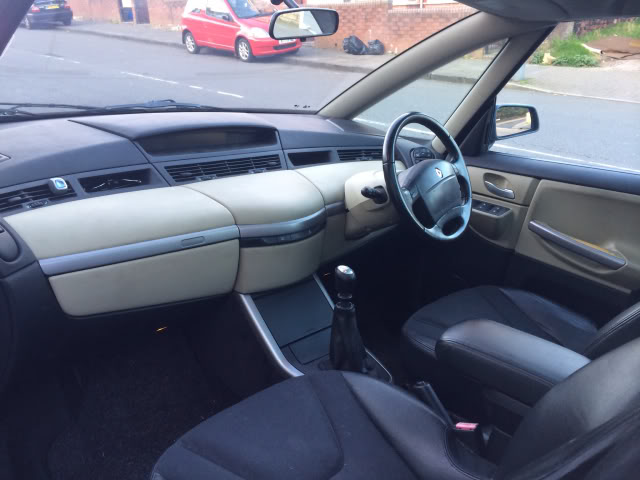 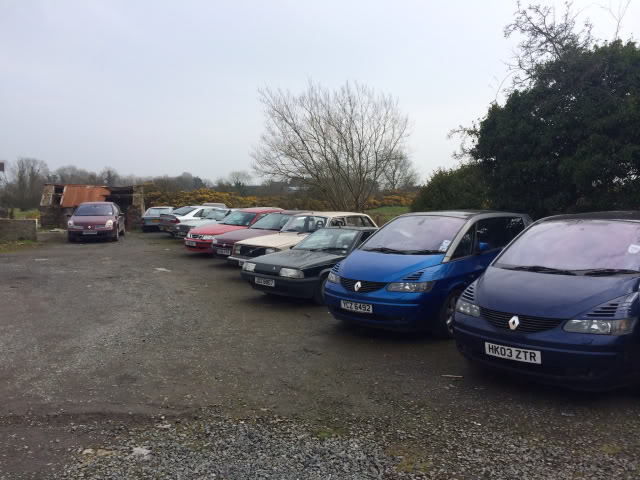 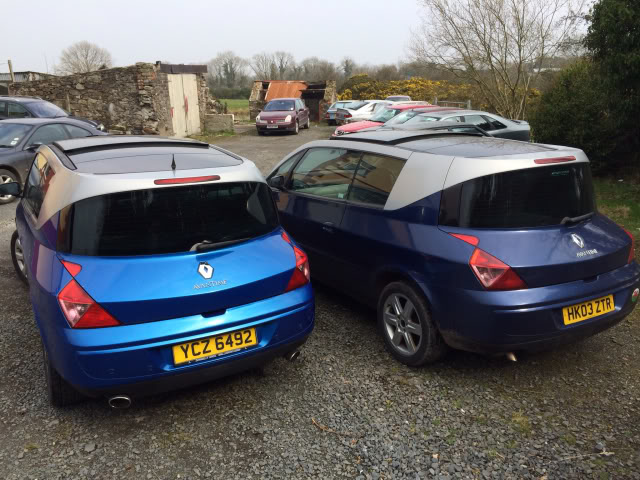 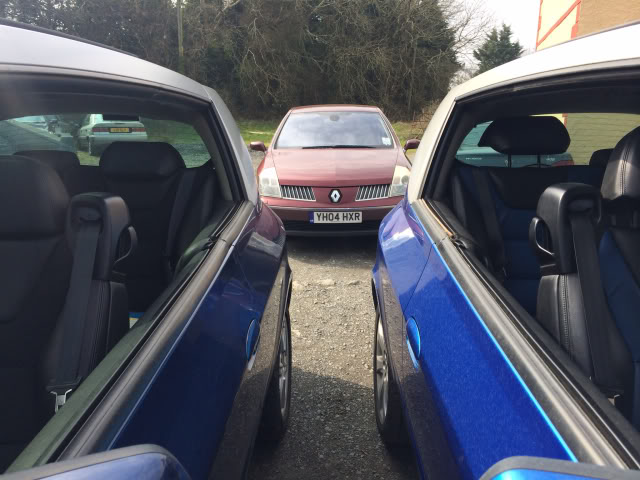 Oh yeh and I have a 607 on eBay with not long to go, get bidding