Your Safrane looks like a very comfortable place to be, I quite fancy one of those ... though this list of mine is pretty extensive

Yes Chris - most comfortable car I've EVER driven, nothing comes close! Once you adjust those air pockets to perfection there's just no going back

Yep, bit of a shame about the 206 Roland Garros, but it just wasn't being used or appreciated. This brings me on to a bit of more bad news.... I'm getting rid of more. I just don't have time for them any more, I'll be getting a job instead of dossing around with uni! I was standing amongst them today and watching perfectly good cars decline with sitting is painful, I'd rather they were passed on to someone who will enjoy them as much as I have. The Vel Satis dV6 is going, you already know that - it's officially ready for sale now, new key card has arrived and been programmed. The Laguna V6 is also going. This car is pretty much factory fresh, I haven't driven it in almost 3 months and don't want to see it neglected. The Peugeot 406 V6 estate is going, though this will probably be bought for it's engine to be ripped out

And the two Volvos, the 760 and 244DL. That's all for now, but the ruthlessness might continue in pursuit of a nice daily - I really fancy a Lexus RX300 or a Nissan Murano. Maybe a 1999-2004 Mercedes S430, but to be honest they scare the hell out of me with their electrics and air suspension that seems to be frequently fail, not to mention the rust!!! Time will tell, but I can't keep up with the care and maintenance of the number of cars I have currently, that's for sure

I'm downsizing! Too many cars that just KEEP breaking. I've also bought a Grand Voyager 3.3 Petrol which is all the car I'll ever need

Get bidding folks!, still a soft top Mégane and Laguna V6 to go after that. I'm being ruthless!!! 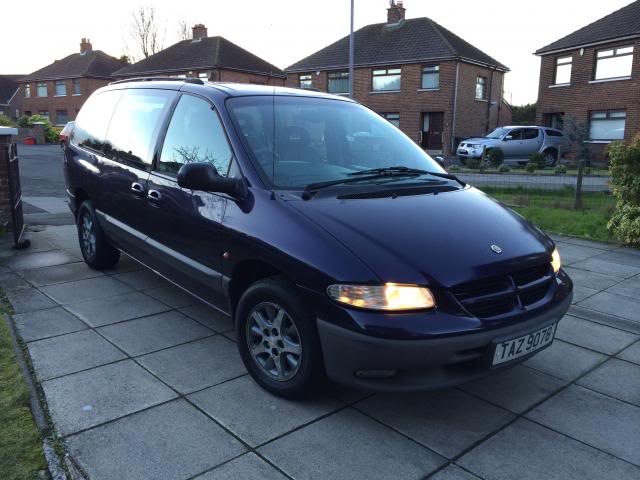 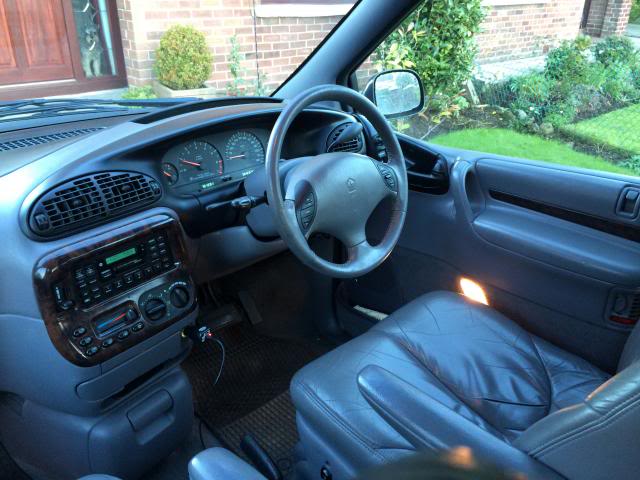 Just be careful not to drive that in a strong wind Luke, you dont want the front folding in!

Very funny Chris! It is making me a safer driver to be honest though haha

Thanks, numbers were just out of control, and the cars I have and cherish need time and money spent on them - much easier to do when there's less of them!
Top

What's the current list for sale and prices then young Luke

The 306 convertible is exactly the kind of thing I want as a fun car once my vts sells. Using my jap scrap as a daily, it's so boring but the head says keep it cos it's a honda and wont need fixing every 5 mins, doing 46mpg, was £163 to insure very practical, but need fun. Need the money for the vts or would just keep it.
Top

Hope everything is going well in the FCF community, I've been absent due to an extremely few months so I've got some catching up to do!

My fleet has changed quite a bit since the last update, and all shedding of cars that needed moved on has been done. 306 and Mégane convertible gone, 406 and Laguna V6 gone. I'd love to say that numbers stayed down.... That hasn't happened.

November saw me get a phone call from a family friend saying their BX, in the family from new, was ready to be moved on. It's a 1990 14 TGS model with just 50k miles. A very honest car, as you'd expect when it's been bought new by the family. It was still MOTd til January but needs a set of spheres - when I paid £100 for the car, this isn't an issue! So that's a CX, BX and Xantia V6, be proud Citroen lovers 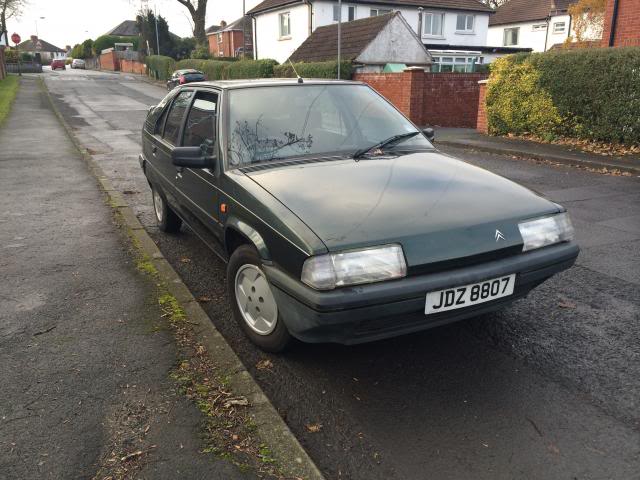 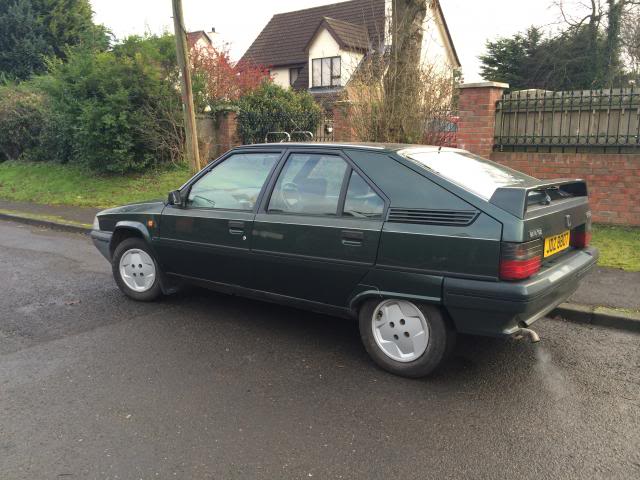 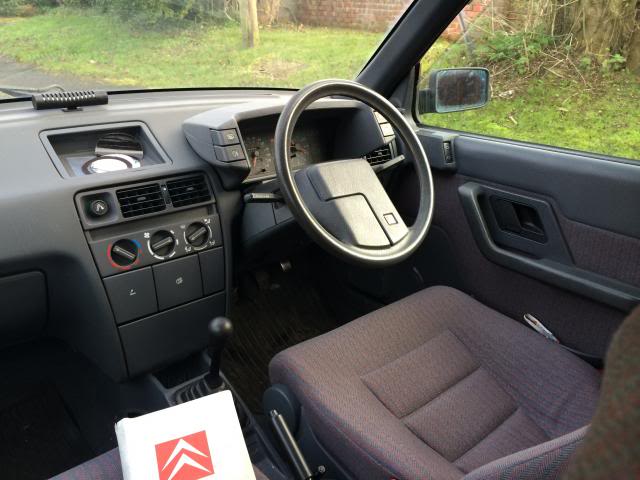 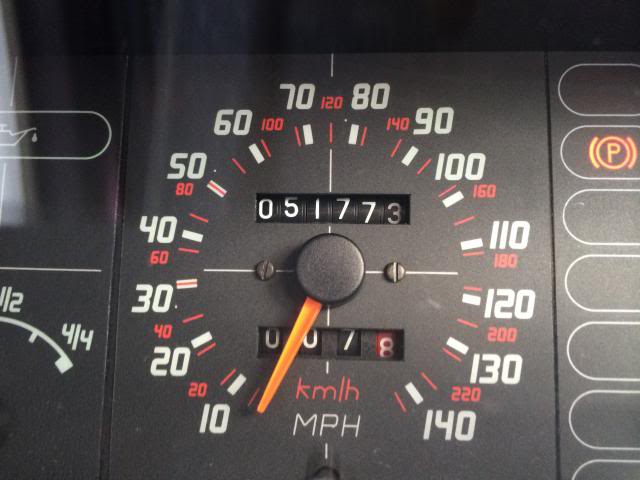 December, as always, brought the urge for a winter "user and abuser". Something that I wouldn't care about getting dirty, scratched or bumped in the bad weather, but still provides comfort, character and a lot of fun.... 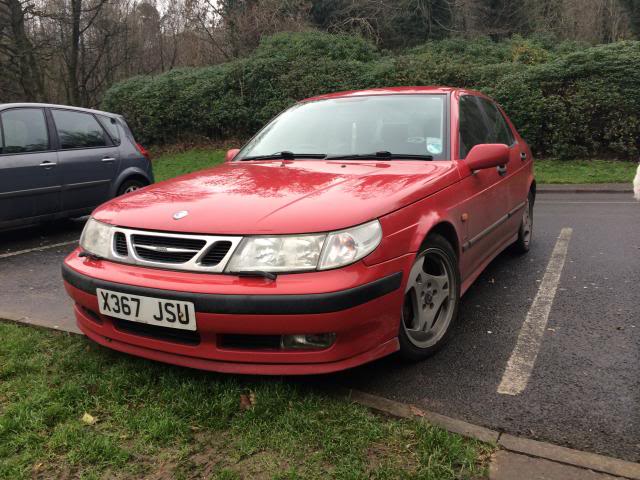 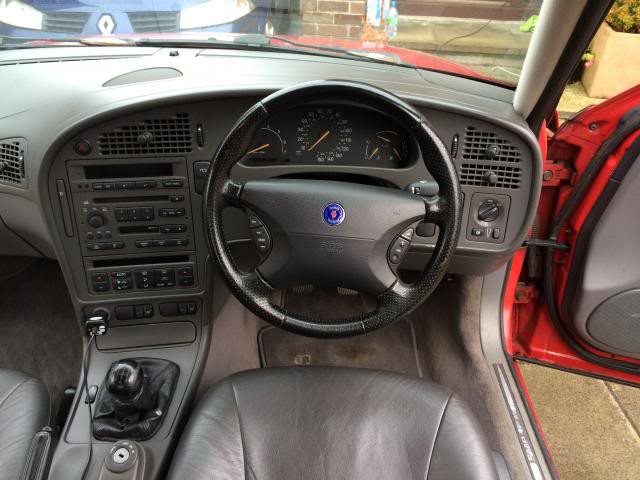 A 2000 Saab 9-5 2.3t Aero (230hp). It's been nearly three months now with the thing and it has excelled and impressed far more than I thought it would. Yep, it's a thirsty fecker but you get that back in smiles when that turbo kicks in - it's an extremely rapid car! An excellent climate control system, heated seats with three settings and wipers on the headlights, needless to say that winter has been a breeze for this Swedish brute. It's not without its faults, but it just refuses to give up, and I have no intention of giving up on it til it does. One of the best £150 I've ever spent.

Not long after that I bought myself a pretty tasty 2006 Mégane CC. Black with black leather, almost every single option specified and the mighty rare 2.0 Turbo petrol engine - I was sold. An immaculate car which was like new in every way. 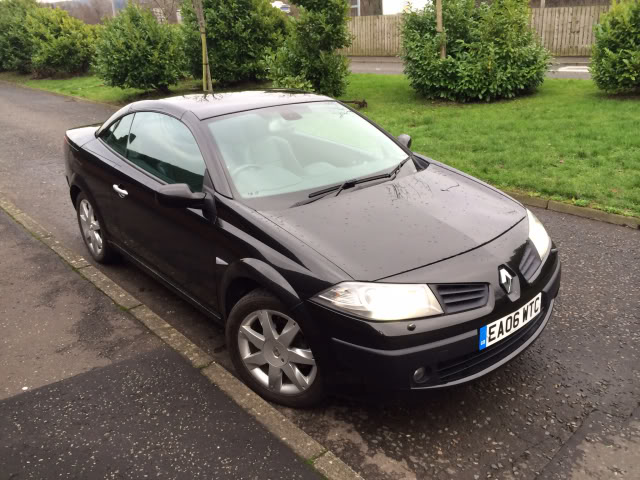 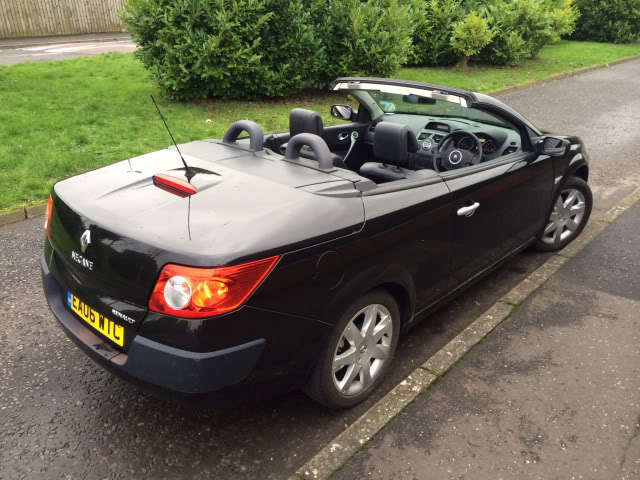 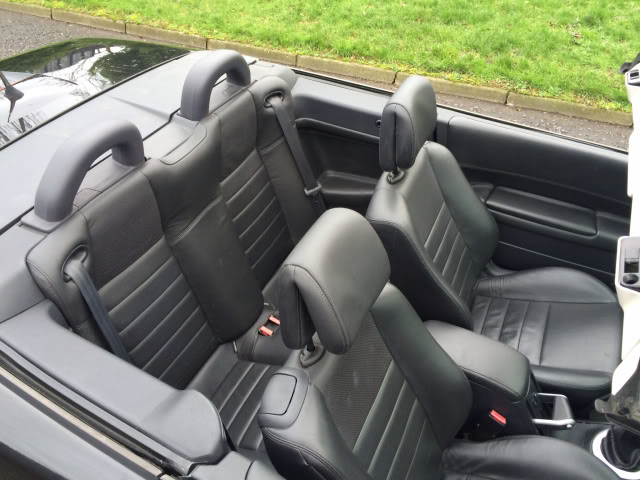 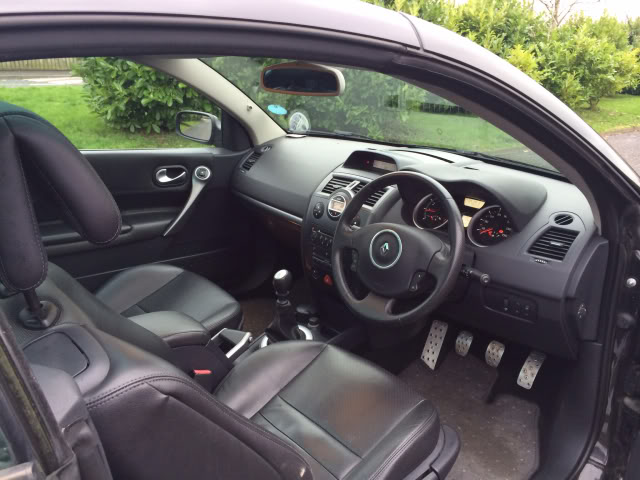 But.... My love for autos didn't cease, and this car was far too cool and acceptable for somebody of my age. This, combined with a BMW filled January, led to me taking the plunge and buying my next daily - an X5 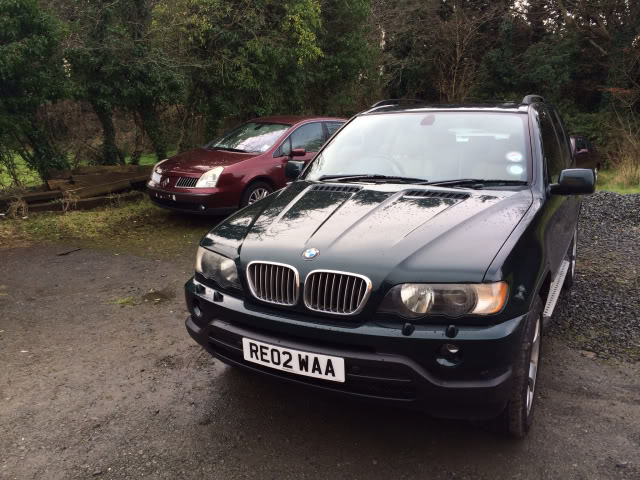 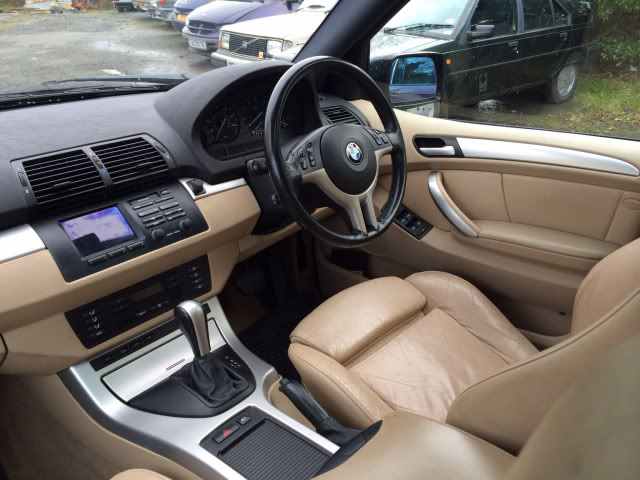 I know these are the exact opposite of what this forum is about so I won't go on, but having a big V8 petrol daily is just glorious.

And to prevent me having my membership to this forum revoked for buying such a grotesque, vulgar beast, I'll tell you that I've bought another Avantime

2.0 T Dynamique this time, waiting to be picked up from Wales - more to follow on this one 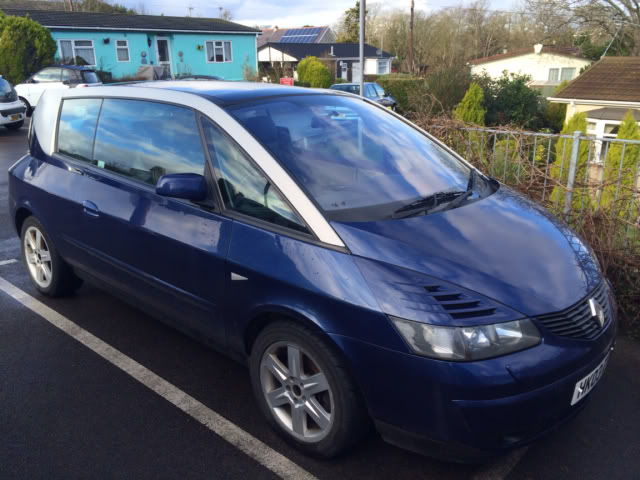 Oh and as my separate post says, I also now have a Safrane breaker if anyone needs any bits. 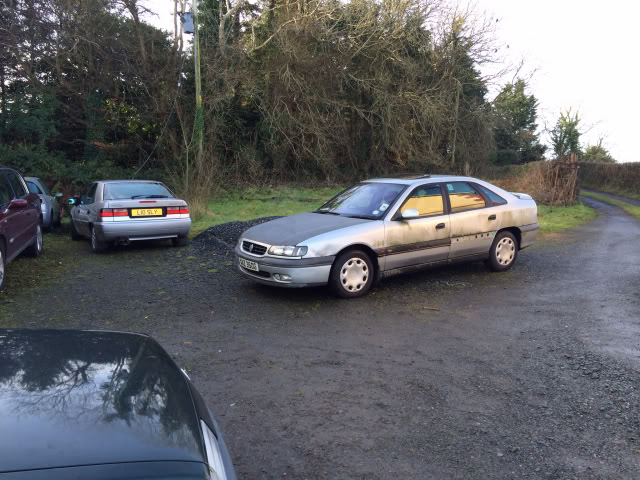 Where in wales is this avantime hiding then?
Top

bushes seem ok on this one!

It's in Barry! Probably be a while til I can get over for it. Friend picked it up this evening and took it to his.
Top

I like all of those cars Luke. They all have something different.
Are you going spending mad now with a job and earnings?

Some nice looking cars there Luke.

Is the X5 a keeper or to be moved on?