What a collection! It does seem to be growing at quite a steady pace too

Haha KP I think three black pumpers would be pushing it. Feel free to bring me back a mark one Twingo Initiale though

Is that the version that came with a radio

I've neglected this forum recently, and I've missed it! Life post-dissertation is well on track and the end of education forever is nigh... I can't wait

Things have progressed very slowly here because of uni and life in general, I'm not getting anywhere near as much I'd like done, but there are a few big changes for the next month or so. I have since acquired another Vel Satis, a 3.0 dV6 Privilège with the standard cloth interior and a few issues to work through. It appeared online the night before I was going to England, but at £450, I wasn't going to let it or the snow stop me! 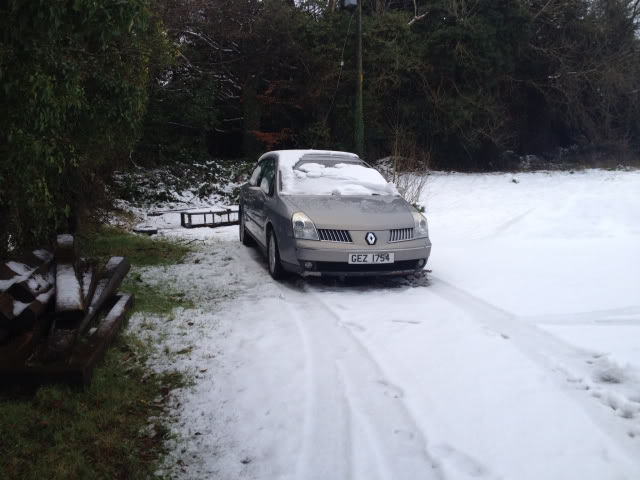 It drives superb, and has a built in Renault Parrot bluetooth system with integrated iPod input. The tyre pressure sensors work but unfortunately only 50% of the electric windows do. The interior fan has also given up. Mechanically the car seems fine and I can't see an MOT being much of an issue. What happens to it after that, I don't know, still undecided.

That leaves the 3.0 dV6 Initiale (which was my aunt's) and the 3.5 V6 Initiale. The former has since been sold to a friend of mine who is collecting it at the end of this month. All it's not-so-good parts - scuffed bumpers, cracked wing mirror etc. are being replaced with those of the 3.5 which is just not realistic to restore to full health again given it's electrical gremlins and misbehaviour. So I'll be left with a tatty, angry and temperamental 3.5 beast which may be completely sacrificed for the Privilège... I don't know

Just look at the interior though. 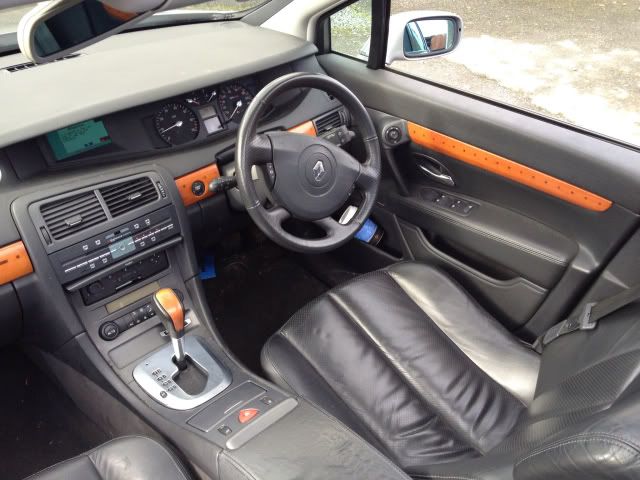 Also sold is my black Mégane - the 2.0 Dynamique with 45k miles. My aunt, also known as my best customer, took a shine to it and it'll be going over to Birmingham at Easter, the C2 is just too small. Before that, the paintwork needs to be sorted where it was keyed, timing belt and dephaser pulley replaced and my private plate taken off it. I'll miss it but it just didn't fill the hole left by the original leather-clad Meggy. 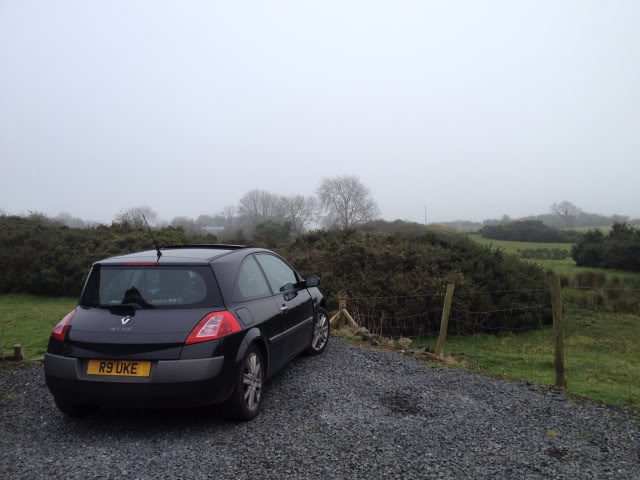 I opened the bonnet to attach my booster pack, the bonnet hinge rusted and detached on one side and caused the other side to buckle. The result was the kick in the crotch I needed to realise that I'm never actually going to do anything to this car other than use it as a shed - and I've got the 406 estate for that now! 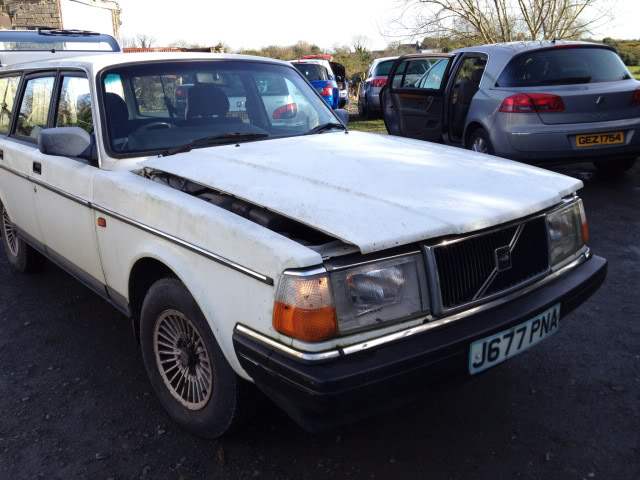 So what I use as my daily after Easter is still very much in question. Quite possibly the new Vel Satis but my fear is that I'll end up hating the VS if I drive one everyday. I would love to start driving the Mégane Convertible every day. It's such a cool car, black with black leather, an auto box and relatively easy to live with from day to day. It depends if an auto box fluid change cures the hiccups, or whether it's something more serious.

I've had worrying thoughts of just selling the lot and buying a Mégane III CC in white. They are seriously sexy, and I've found myself getting REALLY jealous of people driving past me in them. That or a nice Wind Gordini - also uber cool and very different. But as Chris said in Mark's blog, the downsides of a new car are just too big to ignore, the worst being depreciation which would come as a hideous shock after being well used to it not being a feature at all.

I'd love a Ford Cougar V6. I'll probably be on the hunt for one to bring back after dropping the Meg off in Brum. Big Mondeo Coupé with a tacky, plasticky American cabin. Great!!

I had to move all the cars over to the other side of the yard the other day, as a building is being knocked down beside where they sit. Here's a quick clip of what it entailed.

My blue Meg jump started up fine after four months of not moving at all. Everything still working, took it for a quick spin and well, if a car is made for you, this is mine. I miss it... I will repair it someday. The 406 pulled the C5 over like it wasn't there... V6 auto is definitely the way to go for a tow car! Speaking of which, I'm really dying to get the C5 going - really have to get under it and check the starter motor, as the Lexia didn't manage to breathe life into it

Other cars to go... a Daewoo Leganza, scratched the itch and it wasn't very satisfying. A 1997 Laguna and the Mondeo Auto I brought back from England as I didn't really want to fly back - that's no fun.

Also still searching in vain for a Phase 1 Renault Safrane V6. Reward for finding me one

I can imagine you are looking forward to finishing Uni, I know I am!

3 Vel Satis! And what a bargain that DV6 was, there is no wonder you bought that. I also like your Megane cabrio and I'm not usually a fan of the looks of those.

That really is some collection you have there, my favourite being the Avantime. Do you give it much use? That is a car I need to own at some point but Im not going to think about that or before I know it I'll have one

I've had the displeasure of driving a Volvo just like that, identical in fact, it was terrible!

I thin i would be using the V6, but which one? The 406 would make a good daily car wouldn't it? What has happened to your fleet of Laguna V6s?
Top

Looking good Luke! Welcome to the world of jump leads

Ill keep my eye out for a cougar and safrane on the usual suspects for you!

Thanks Chris, the collection is a bit out of hand tbh :/

The Avantime is the one car I could never imagine leaving me. It's up for MOT in a few weeks and its only done 1500 miles since last year so no, it doesn't get much use! Keeps the experience really special and a nice novelty - I still get butterflies every time I'm getting into it for a drive. I absolutely love it. You wouldn't regret buying one at all. You forgive the rubbish ride and awful handling as soon as you hit that open air button. There's nothing like it!

I still have my 02 Laguna V6 Dynamique - it wasn't in the video as it was at home at the time. Another car that bowls me over every time I drive it but for different reasons. Factory fresh in every way, and it's so hard to find a decent Laguna II. Another contender for the daily now that you mention it!

I'm not sure how I feel about an estate as a daily... Though the drive of the 406 is absolutely excellent. The seats are so comfortable, the steering is so light and auto gearbox is one of my favourite. An epic cruiser! Needs plenty spent on it yet though...

An OIL would do nice

Spotted some nice lags that need work over here Luke but they all are on the dark side bar a very nice 1.8 executive on the bay with box problems..
Top

Worth it for parts maybe Luke?
Top

Oooooh a Privilège auto. with optional leather! That interior is worth £150 alone. If I were closer it would certainly be worth it! Odd that the gearbox has failed, they're generally better than the manuals on the Laguna II.
Top

You buying it!? I need the front fog lights

If it doesn't sell I'm thinking about just below its start price, bringing it back and stripping it as it will break for more than that and the shopping costs.
Top
Messages: 1398