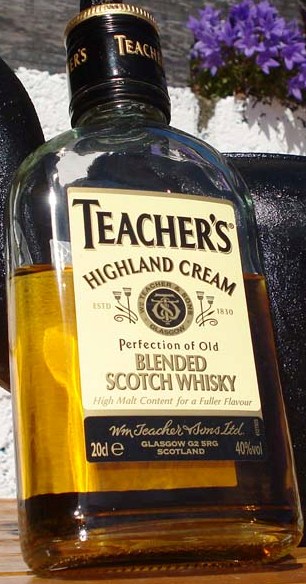 This stuff is occasionally sold at The Pickled Egg.

Only yesterday The Government Education Secretary paid a visit to the Pickled Egg and ordered a Whisky.
"Teachers OK?" replied the barman only to be greeted by the curt response.

Children: You spend the first 2 years of their life teaching them to walk and talk. Then you spend the next 16 years telling them to sit down and shut-up.
Top

Bit of a surprise recently at The Pickled Egg Pet Race night.

One very disappointed customer need a bit of consoling by our bar staff...

"What happened to you at the pub Pet Races you usually sweep the board with your Racing Snails?"

Wiping back the tears, the customer confessed

"I decided to take my star performer's shell off to make him more aerodynamic and go faster. It didn't work....It only made him more sluggish.

Not exactly a joke but the humour had me chuckling around Aldi.
They're selling pet stuff in the special's section and I noticed "Beer for dogs - non-alcoholic, not for human consumption". Guess what it's called?

MikeT wrote: ↑
17 Oct 2018, 15:35
Not exactly a joke but the humour had me chuckling around Aldi.
They're selling pet stuff in the special's section and I noticed "Beer for dogs - non-alcoholic, not for human consumption". Guess what it's called?

Oh yuk... That's put me right off my tea now

The Pickled Egg bar staff do a fantastic job, and go the extra mile to meet the needs of our customers.

Case in point last night when a gentleman came up to the bar with a very specific request.
"A pint of Theakston Old Peculiar, a double Glenmorangie, a margerita, a large Chateauneuf du Pape, A Vintage Port and an Aberdeen Angus Steak Sandwich."

To their credit, our staff worked feverishly to prepare the drinks and the food to meet his needs.

Showing concern our staff asked the gentleman discretely
"Why What have you got?

The gentleman took a moment to gather his composure before replying....

A US Air Force C-141 is scheduled to leave Thule Air Base, Greenland at midnight. During the pilot's preflight check, he discovers that the latrine holding tank is still full from the last flight. So a message is sent to the base and an airman who was off duty is called out to take care of it.

The young man finally gets to the air base and makes his way to the aircraft, only to find that the latrine pump truck has been left outdoors and is frozen solid, so he must find another one in the hangar, which takes even more time.

He returns to the aircraft and is less than enthusiastic about what he has to do. Nevertheless, he goes about the pumping job deliberately and carefully (and slowly) so as to not risk criticism later. As he's leaving the plane, the pilot stops him and says, "Son, your attitude and performance has caused this flight to be late and I'm going to personally see to it that you are not just reprimanded but punished."

Shivering in the cold, his task finished, he takes a deep breath, stands up tall and says, "Sir, with all due respect, I'm not your son; I'm an Airman in the United States Air Force. I've been in Thule, Greenland for 11 months without any leave, and reindeer are beginning to look pretty good to me. I have one stripe; it's two-thirty in the morning, the temperature is 40 degrees below zero and my job here is to pump sh*t from your aircraft. Now just exactly what form of punishment did you have in mind?"
Top

There's a story in the news today about someone finding a mouse in his pilau rice from Lidl after he microwaved it, all the usual comments on twitter but this one made me chuckle.

Another tweeter asked: "Is it dead now? Or just in a korma?
Top

Huh... My girlfriend asked me to lick her Volvo. I told her, "Run it through the car wash and I'll think about it if it comes out with no bird s**t on it." She got very angry at me.
Top

Loving these jokes, especially the Lidl one

“How was your blind date?” a college student asked her roommate.
“Terrible!“ the roommate answered. ”He showed up in his 1957 Chevy Bel-Air.”
”Wow, that’s a cool classic car! What’s so bad about that?”
“He was the original owner.”
Top

Re: Marc's X7, Rants, Raves & Everything Else

How many pessimists does it take to change a lightbulb?
There is no point, as there is going to be a power cut!
Top
Messages: 1588