This got the whole of Sydney laughing. Read it and you'll see why! Just imagine sitting in traffic on your way to work and hearing this. Many Sydney folks DID hear this on the FOX FM morning show in Sydney.

The DJs play a game where they award winners great prizes. The game is called 'Mate Match'. The DJs call someone at work and ask if they are married or seriously involved with someone. If the contestant answers'yes',he or she is then asked 3 random yet highly personal questions.

The person is also asked to divulge the name of their partner with (phone number) for verification. If their partner answers those same three questions correctly, they both win the prize.

One particular game, however, several months ago made the Harbour City drop to its knees with laughter and is possibly the funniest thing you've heard yet.

Anyway, here's how it all went down:

They had to call an ambulance for the DJ he thought he was going to have a heart attack, he could not stop laughing. Apparently there was an unusually high call out of the Sydney Police just after this conversation, for minor traffic collisions.
Top

They had to call an ambulance for the DJ he thought he was going to have a heart attack, he could not stop laughing. Apparently there was an unusually high call out of the Sydney Police just after this conversation, for minor traffic collisions. 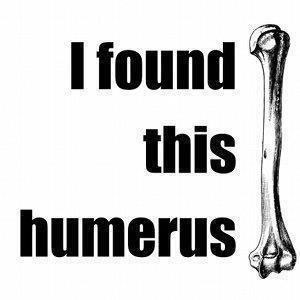 So did they win a prize?
Top

Fake Concern wrote:So did they win a prize?

If memory serves, the DJ cut the audio, apologised to listeners and said these things happen with live radio, and they got the holiday.
Top

Yesterday I was at my local Tesco buying a large
bag of Pedigree dog food for my loyal pet and was
in the checkout queue when a woman behind me asked if I had a dog.

What did she think I had, an elephant? So, since I'm retired and have
little to do, on impulse I told her that no, I didn't have a dog, I was
starting the Pedigree Diet again. I added that I probably shouldn’t,
because I ended up in hospital last time, but I'd lost 2 stone before I
woke up in intensive care with tubes coming out of most of my orifices
and IV's in both arms.

I told her that it was essentially a perfect diet and that the way that
it works is to load your pockets with Pedigree nuggets and simply eat
one or two every time you feel hungry. The food is nutritionally
complete so it works well and I was going to try it again. (I have to
mention here that practically everyone in queue was now enthralled with my story.)

Horrified, she asked me if I ended up in intensive care because the dog
food poisoned me. I told her no, I stepped off the kerb to sniff an
Irish Setter's arse and a car hit me.
Top

I went fishing with Martin Luther King the other day...

He caught a fish. I said "What have you got there then Martin?

I thought we were supposed to laugh

Copied from The Inquisitor;

The English are feeling the pinch in relation to recent events in Syria and have therefore raised their security level from “Miffed” to “Peeved.” Soon, though, security levels may be raised yet again to “Irritated” or even “A Bit Cross.” The English have not been “A Bit Cross” since the blitz in 1940 when tea supplies nearly ran out. Terrorists have been re-categorized from “Tiresome” to “A Bloody Nuisance.” The last time the British issued a “Bloody Nuisance” warning level was in 1588, when threatened by the Spanish Armada.

The Scots have raised their threat level from “Pissed Off” to “Let’s get the Bastards.” They don’t have any other levels. This is the reason they have been used on the front line of the British army for the last 300 years.

The French government announced yesterday that it has raised its terror alert level from “Run” to “Hide.” The only two higher levels in France are “Collaborate” and “Surrender.” The rise was precipitated by a recent fire that destroyed France ‘s white flag factory, effectively paralyzing the country’s military capability.

The Germans have increased their alert state from “Disdainful Arrogance” to “Dress in Uniform and Sing Marching Songs.” They also have two higher levels: “Invade a Neighbour” and “Lose.”

Belgians, on the other hand, are all on holiday as usual; the only threat they are worried about is NATO pulling out of Brussels.

The Spanish are all excited to see their new submarines ready to deploy. These beautifully designed subs have glass bottoms so the new Spanish navy can get a really good look at the old Spanish navy.

Australia, meanwhile, has raised its security level from “No worries” to “She’ll be right, Mate.” Two more escalation levels remain: “Crikey! I think we’ll need to cancel the barbie this weekend!” and “The barbie is cancelled.” So far no situation has ever warranted use of the last final escalation level.

And as a final thought – Greece is collapsing, the Iranians are getting aggressive, and Rome is in disarray. Welcome back to 430 BC

James, that is absolutely brilliant

Especially the French and German ones. The Spanish one made me laugh most though...
Top

I walked up to a female member of staff in Tesco today and said, "Do you know where the Weight Watchers meals are?"


I spent £96 on eBay today to buy a cheese grater once owned by Hitler and Saddam Hussein.

It was the grater of two evils.


I've just learned that tantric sex is where you have sex without moving.

I've never tried it myself, but my wife does it all the time.


I got arrested as I left Sainsbury's.

"Just forgot to put it back" I pleaded, "Honest mistake."

G'day,
just dropped in,
The pastor asked if anyone in the congregation would like to express praise for answered prayers.
Suzie Smith stood and walked to the podium. She said, “I have a praise. Two months ago, my husband, Tom, had a terrible motorcycle wreck and his scrotum was completely crushed. The pain was excruciating and the doctors didn’t know if they could help him.”
You could hear a muffled gasp from the men in the congregation as they imagined the pain that poor Tom must have experienced.
“Tom was unable to hold me or the children,” she went on, “and every move caused him terrible pain. We prayed as the doctors performed a delicate operation, and it turned out they were able to piece together the crushed remnants of Tom’s scrotum, and wrap wire around it to hold it in place.”
Again, the men in the congregation cringed and squirmed uncomfortably as they imagined the horrible surgery performed on Tom.
“Now,” she announced in a quivering voice, “thank the Lord, Tom is out of the hospital and the doctors say that with time, his scrotum should recover completely.”
All the men sighed with unified relief. The pastor rose and tentatively asked if anyone else had something to say.
A man stood up and walked slowly to the podium. He said, “For those who do not know me, I’m Tom Smith.” The entire congregation held its breath. “I just want to tell my wife the word is sternum.”
Top
Messages: 1726