Nice to have another AutoTrail on here!

Mine doesn't have a PSA connection though, but is well ingrained as a member of the family. 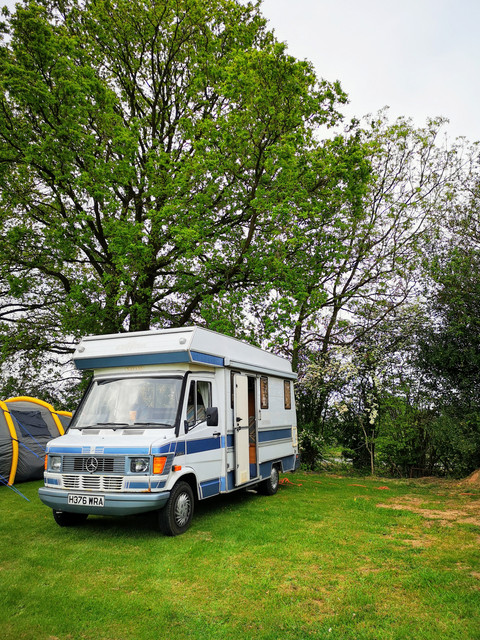 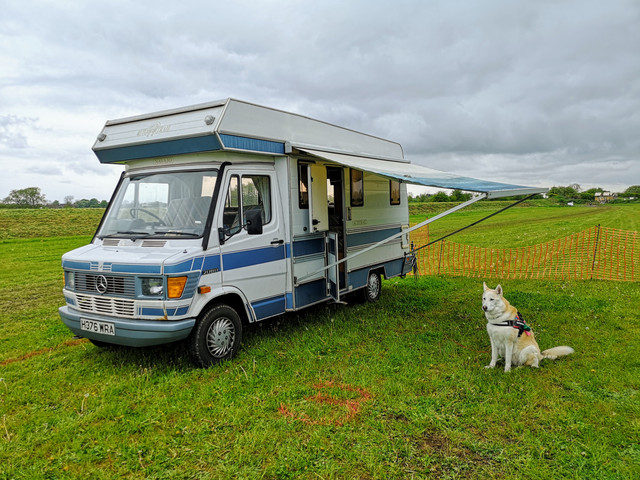 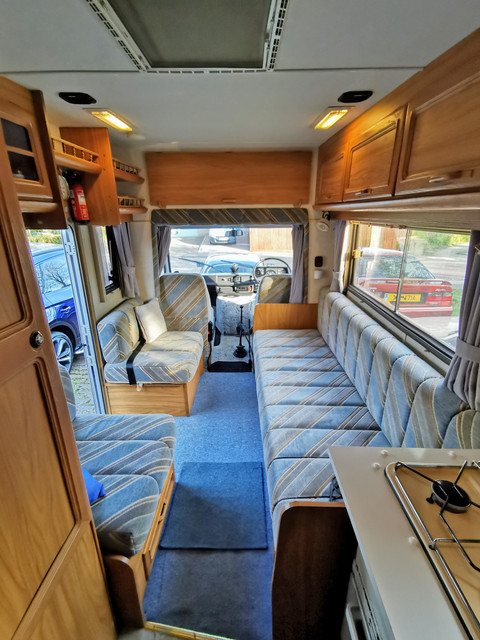 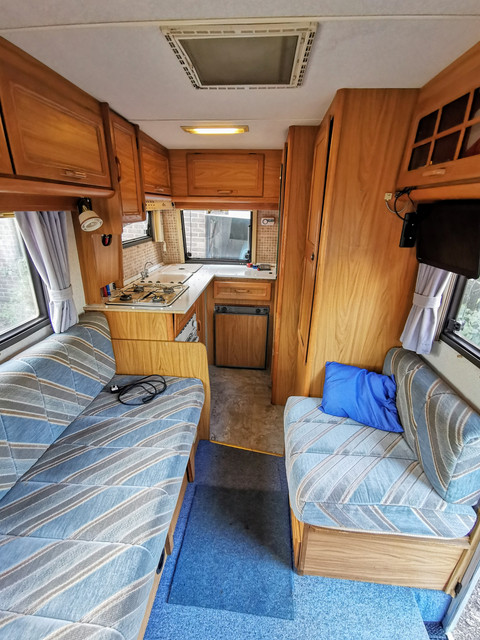 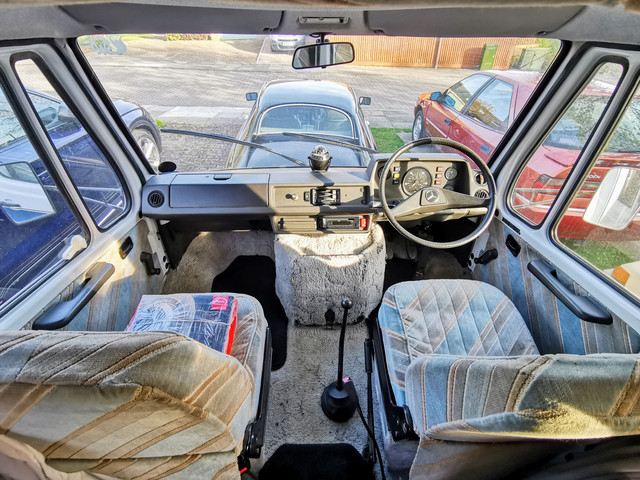 This cab is still one of my favourite places to be ever. 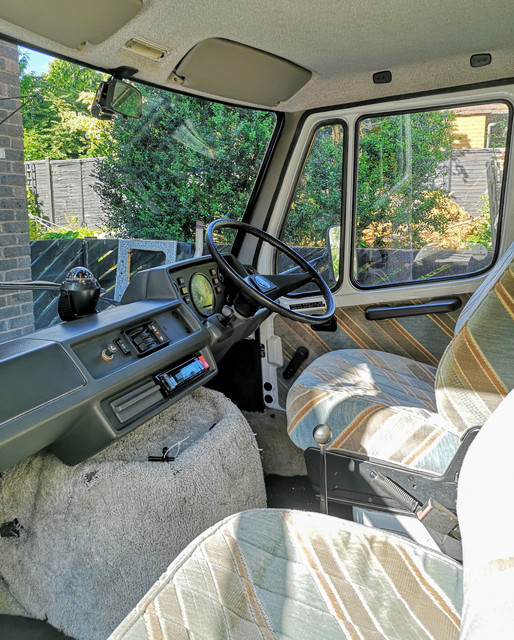 I confuse the heck out of people by using it as daily transport as much as a camper!

Would be really interesting to compare them one day given there's only a year between them.
Top

Glad you still have her. An old motorhome is a poor vehicle in every respect but, they are brilliant, very addictive and we love ours too. I’m using mine for the run to work again tomorrow and why not, they need to be exercised regularly!

I actually enjoy driving it far more than I should

There is a top spec auto trail coach built on a merc body a few doors down from me, not sure what name is higher spec but this one is swanky, I shall get a carstalker shot of it.

Probably a Cherokee if it's the bigger one.

So long as you're not in a hurry (78bhp 2.3 normally aspirated diesel pulling 2.8t around) she's a lovely old bus to drive. Really surprising how well she can hustle on the motorway once you've got there though. People seem to get very puzzled when this goes howling past in the outside lane on the motorway!

After spending many hours I've managed to get the living area relatively rattle free even, and she rides astonishingly well given that we're sitting on leaf springs all round and on tyres at around 60psi. Very much echoes of a 70s coach in the way the suspension sort of floats along at speed...in fact the whole driving experience is kind of reminiscent of that which is probably one of the main reasons I enjoy it so much.

The driver's seat in this has height adjustment on, so combined with an already commanding driving position you tend to find yourself looking a good foot down towards the drivers of modern vans which is always fun. Has a crazy tight steering lock too so has a really small turning circle...that really winds the delivery drivers up when they see I can do a 3-point turn easier than most cars.

You definitely climb into rather than stepping into the driving seat! 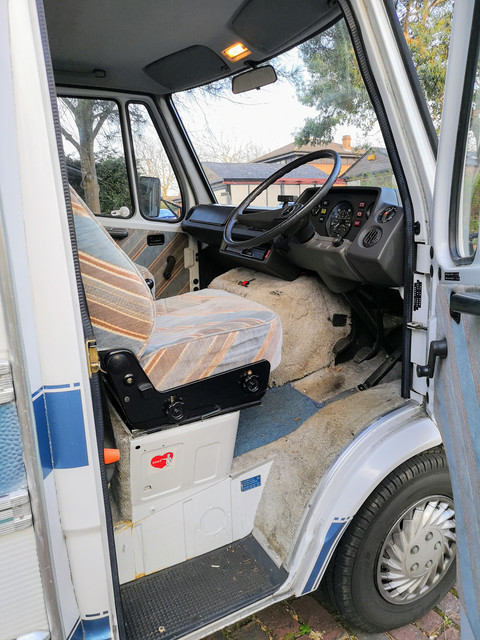 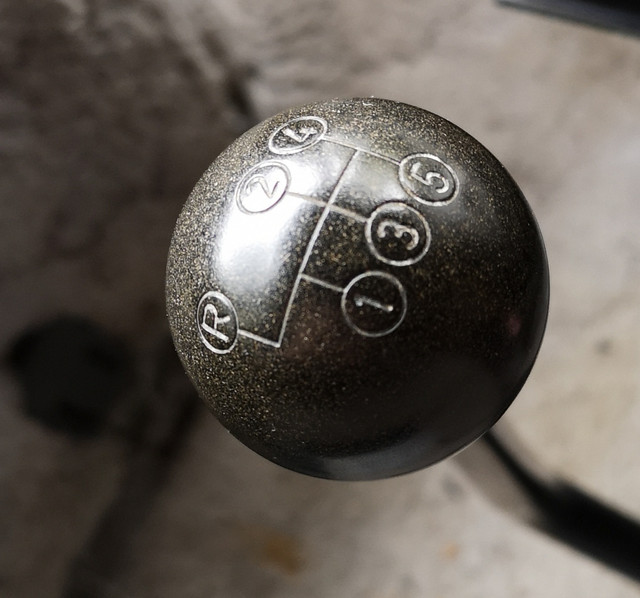 Thankfully because I've spent enough time messing around with old buses, coaches and farm equipment this didn't cause me any issues but it really seems to mess with some people's heads.

Only thing I do wish she had was power steering as it's a right battle when getting in/out of tight spaces sometimes, though absolutely fine when driving. Knowing the OM.605 engine (five pot TD) basically drops in means it's something I'd consider if I tripped over one at the right price... roughly twice as much torque would be nice when dealing with hills! Though of course the five pot warble is probably the thing I'd be most interested in.
Top

I don’t mind the steering tbh but it is pretty light fir what it is, when I had the old merc it had power steering so could not comment on a non pas version. Power is an issue, mine is good for 60, maybe 65 with a gentle tail wind and downwards gradient but the frontal area appears to be substantially more than yours, it’s a big wall to push through the air

Deanxm wrote: ↑
29 Jun 2021, 13:41
I don’t mind the steering tbh but it is pretty light fir what it is, when I had the old merc it had power steering so could not comment on a non pas version. Power is an issue, mine is good for 60, maybe 65 with a gentle tail wind and downwards gradient but the frontal area appears to be substantially more than yours, it’s a big wall to push through the air

Mine is strange regarding cruising speeds I think because the OM.601 engine has a relatively high rpm power peak for a diesel - so holding speed at 70mph+ is actually easier than 60.

Still staggers me that that doesn't come with a huge fuel economy punishment, on the run back from Livingston in 2019 she was in full juggernaut mode all the way down the M6 and M1 and when we fuelled up we'd managed 35mpg!
Top

That’s very good, locally I get about 20mpg which is ok given she weighs over 2t and I thrash it about, on a steady run, if I can keep to 50-55mph I can get up to 28mpg, more is achievable but the problem is that due to aerodynamics (lack of) it is most economical at 40mph, and nobody has the time or patience for 40mph unless it’s a quiet B road and I am in full holiday mode.