That's fine - so long as it's not a skip for landfill. Mark my words though,
keep hold of them; for the sake of having a dead cow covering, you'll miss
them in your plastiky slidey leather armchairs that are always too hot in the
summer and freezing cold in the winter!

andmcit wrote:for the sake of having a dead cow covering, you'll miss
them in your plastiky slidey leather armchairs that are always too hot in the
summer and freezing cold in the winter!

I've never experienced this problem ever.... Honestly, I've not found leather too hot or too cold in any conditions. Maybe if I drove my cars naked I might but I don't so it's not a problem.

And they're not dead cows, they're dead sheep

I agree on the cloth Activa seats though, the best of the lot

I love my leather Recaros in the Mondeo. Extremely comfortable and supportive, they are heated if needed for those cold mornings but you soon have to turn the heat off!

The cloth Activa seats are fine, apart from the wear issue, and the questionable mid 90's pattern.
Top

Ive just sorted out a leak ive had for several years on the XM, its never bothered me as the car is always under a cover but this afternoon with the cover off and the rain coming down i had a look, turned out when the sunroof was fitted a load of wires were pinched up between the tray and the roof, these wires are in a plastic netting to protect them, it seems these wires were sucking up water and drawing it over the sunroof tray by capillary action giving the drip of water that then ran down the A pillar to the floor behind the trim panel, there is no way im taking the sunroof out so a good blob of silicone on the wires that was worked in from the sunroof opening has at last sorted it out!!
Progressd on the activa has almost stopped for now although i did have to unblock one of the sunroof drains that was pouring water in, it was the rear n/s that was blocked and with the front of the car on axle stands and the car leaning to the n/s slightly it did fill up rather quickly, it was easily sorted though and apart from the small leak at the front that seem to be running down through the bulkhead insulation its now dry.
I was hoping to get the interior out of it this weekend but the rain has been rather persistant unfortunatly

Good work Dean, That was tricky one to find...

I've found in the past a cases of capillary action taking water along the inside of a wore and corroding it internally. Those can be hard to find...

I reckon you're becoming quite a specialist on leaks

Hope work soon resumes on the Activa... You're going to enjoy it once it's up and on the road..
Top

Well toby may be over this month to pick up some or all of the activa interior for Mike, and then the new leather should be here in january, im getting a heater matrix for xmas from my parents so all i need to do is get the dash and matrix out ready for my 4 days off over xmas and fix the original scuttle/windscreen leak.
I need to get a n/s strut and a pair of strut tops, a rear droplink too as it turned out to not just be the rear ram bush making all the racket on its own and some other bits and peices and she is ready to go, then over the summer its time to do some painting.

Time for another update.
Today the weather has been brilliant if not a little cold, got the fish cleaned out this morning and sorted them out some snails as a treat which are rather hard to find this time of year, While i was doing that Toby called to say he was stopping in a little earlier than planned to Pick up the Activa interior.
There was more than a little doubt that it would fit into his Coupe but after a bit of puzzling he got it all in with both front passenger seats in their correct positions and empty! Even closed the boot, not bad

While he was here i ran the Activa for a while, it did struggle to start after sitting idle for a few weeks so i could do with putting it on charge, and putting some fuel in it

the fuel pump was cavitating a little and she was stuttering a little just before i turned her off.
Thankd to DickieG i have found a strut for the activa which should be with me soon and i am now ready to start taking the dash out now there is not a seat mountain in my shed, or the car 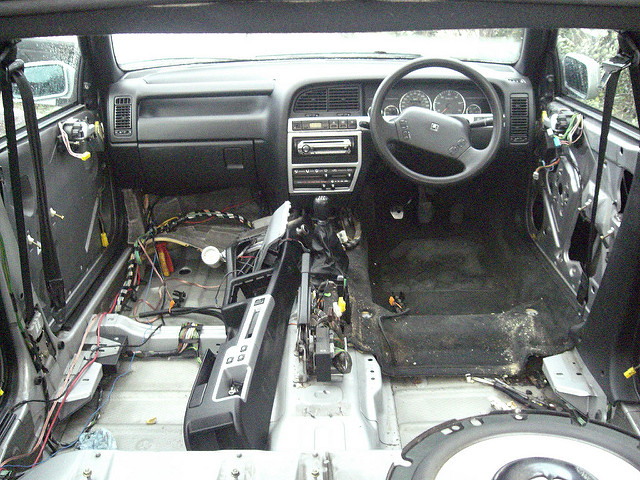 CIMG3111 by Deanxm, on Flickr
After running some acro's back to a friend in the van we went for a walk along the steam railway line just as it snowed, a very pretty view indeed as the sun set, crisp i think is the word 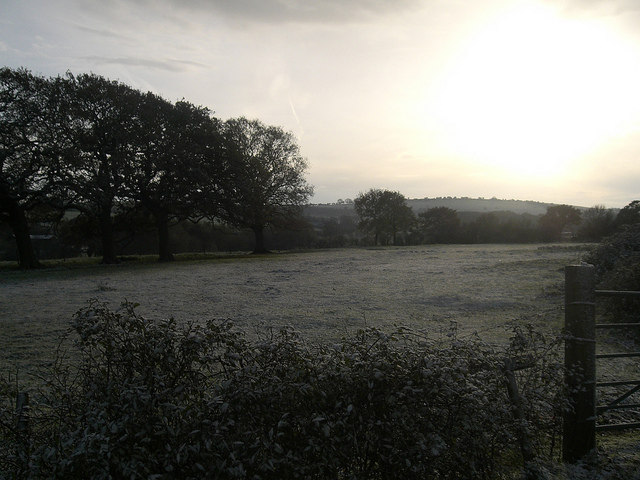 Didnt get time to look at the xm but i have found a spare 90amp alternator and i have a few spare solid pulleys and i wont be using it until next week so there is no great rush.

Excellent stuff Dean and delighted a strut has been found

That's no bad thing as those wheels were lovely.

Sounds like you an Toby enjoyed a spot of Tetris getting hat interior into the Coupe... It's amazing what can be made to fit in what looks like an impossibly tiny interior.

What steam railways is that then? A working one or a long since been Beeching'd one?
Top

Your going to need a bucket seat until your leathers arrive!

I see your have fitted you early Xantia wheel, looks good, if i remember right they are also quite chunky to hold too. Though im quite a fan of the later steering wheel, probably the only person who is mind!

Yours is a very nice looking Activa, i quite like the body styling kit too makes it a bit different but its not too 'in your face' either.

I also like the silver trim inside, it does brighten the place up and its a huge improvement on the fake stick on wood which was available from Citroen as an option. A lot of cars have silver trim inside now, the C5 has a silver trimmed dash (mines blue!). I like it, a bit different again.
Top

Oh its a working one jim, Havenstreet steam railway, they have 2 stations still as was and the line passes a further 3 that have been turned into houses, the residents have kept the platforms as they were though with with signs up still.

Chris do you have a bucket in a different colour? pink may clash with the silver and black

The original wheel is in the shed but the leather had been pulled off of it so i put the MK1 wheel on when i was planning to put it on the road, there is a new wheel coming with the Leather though so i will fit that back on if its thick enough on the rim, i can then have an airbag in there if the new interior comes with pre tensioners, if not i will keep the MK1 wheel and go windbag free

Good to hear that you have a replacement front strut on the way for the car.

You'll enjoy doing the heater matrix when the time comes! Just watch the front screen that you don't end up having to replace it when removing the scuttle panel if your screen is delaminating.
Top

This is a new definition and usage of the word "enjoy" that I'm not familiar with Robert...

Use a very sharp craft knife on the scuttle seal after warming it gently with a heat gun...

Mind you, as it's leaking anyway by the looks of it, there's every good chance it'll come off no worries at all...
Top

Was good to meet up with you Dean, a fine looking Activa you have too.


CitroJim wrote:This is a new definition and usage of the word "enjoy" that I'm not familiar with Robert..

...mind you, I have been labelled odd!

Good to see you too Toby, you rekindled my 406 coupe lust

Started pulling the dash out this evening but after sitting on top of a chimney for most of the day in the snow sitting on the tin floor of the xantia working by torch wasnt doing anything for me really so i wimped out and came in, what i want is some daylight.
I see Mike was impressed with your packing skills then