Great to see some progress Dean

Is she going to be ready for CXM?
Top

Well after wiping the cobwebs out of the corners of this blog i realised its been a bit neglected here and its time for a bit of an update, and title change!.

A couple of months ago as Jim was taking the plunge back into the world of cheap fun motoring i was getting ready to part with the Mazda BT50, probably the most reliable vehicle in the world, having covered 130k from new pulling cars, lorries out of snow and mud, carting rubbish on a daily basis all the while being thrashed to death and apart from throwing a cambelt at 6k it has only ever needed prop shaft bearings and normal service parts, only one set of brake pads/shoes all round too.
The choice of replacement was tricky, looked at going back to a car but there was nothing in my price range a liked, and i looked at a few from electric Renaults to Ford ST's and everything in between none of which were going to practical for what i needed for work, to cut a long story short i went for a Mitsubishi L200 Trojan, the only pickup that can be driven in 4WD on the road and unlike its rivals that were supposedly better (and were not) it had a 5 year 120k warrantee. So bar a rather annoying DPF issue which means its currently having a free oil change every 1k miles (which a lot of dervs seem to suffer from) its going great and im very pleazed with it, just wish they had a V6 petrol option.

Work is settling down now too, getting used to it and have made a few changes which by a stroke of luck have turned out very well indeed, being fairly quiet in the summer means ive taken my holiday this year too and with the good weather has alowed some progress on the XM front

Firstly i have to say that for the first time in over 3 years, after 5 seconds cranking the xm was running with its re wired injection loom, the exhaust just smells of wet warm air when up to temperature now after a full new exhaust system, cat, lambda sensor and other parts

The gearbox that i partialy re built has also been tested and im pleased it is working smoother than ever now as well so im very happy that turned out well.

All of the underseal and box oiling has been done as has the added sound proofing and full refurbishment of everything from the wiper mechs to new A/C condenser. All fixings have been replaced with stainless and any niggles fixed. Ive even got the N/S wing back on, the washer bottle full and a re built and newly insulated engine undertray ready!!!
At the moment the front callipers are just about to be stripped and re build kits ordered with a Vince style revamp inside and out starting from the back of the car, the only thing holding me back is parts which thanks to Paul should be with me soon, then its just saving pennies for a new windscreen and brake pads plus some other bits and bobs i want to do. 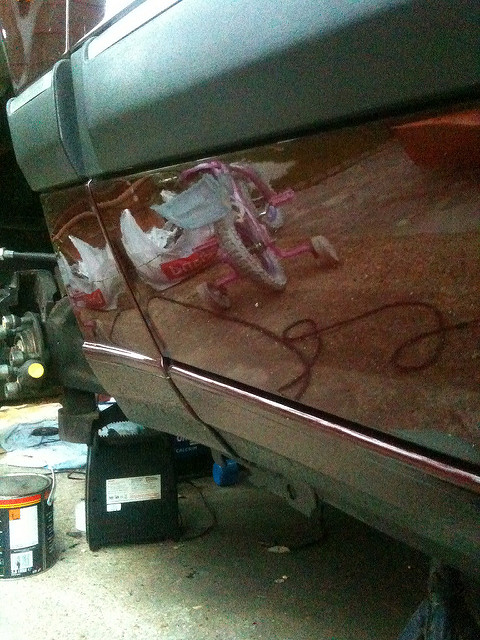 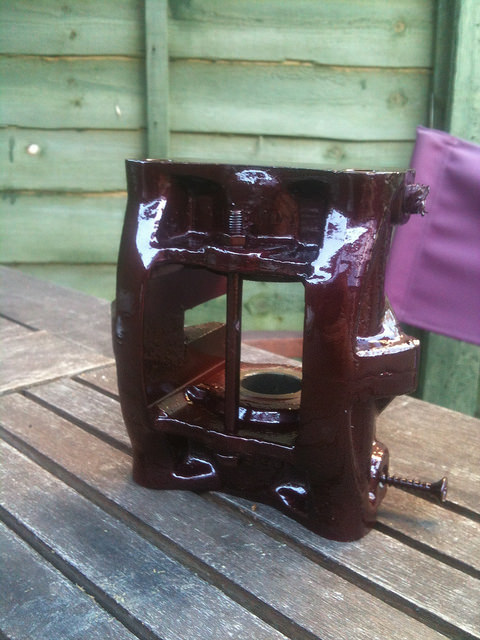 Excellent Dean, really good to read all the news and the XM is coming on a treat now. Next time we see the car it's going to be a stunner

Looking forward to that

Went and collected what is to be my new ride for the next few months today from southampton.
Exellent fun to drive with its 3.3l inline engine and 4 speed crash box, it REALY attracts attention too, brought the ferry to a standstill............may not be what you think though

I hope you have no DPF problems with that one

So this is how it all started 4 years ago back in the spring of 2011, my pride and joy ended up being stripped almost back to the bare chassis, subframes, panels, interior, they were all removed and many new parts were introduced on a re build that seemed to take forever.
https://farm6.staticflickr.com/5268/589 ... 0265_b.jpg" onclick="window.open(this.href);return false;
There were some big pauses in the build mainly due to time and funding restraints, I won't write a novel, instead I will see if this stupid android tablet and imageshack will work with this IT illiterate to post a selection of photos from the build.

There is still work to be done, bits and bobs. All of the exterior plastic window trims have been vinyl wrapped for that hastle free finish and it works well as the pictures show but my god does it take TIME!!.
New exhaust system i made bar the new cat, new condenser, new brakes, interior upgrade, masses of insulation, cavity and underbody protection everywhere! Auto box issues sorted, gaitors, paint, the list goes on and on and most of it I've forgotten.

In true diva style i need to thank Dieselman, xmexclusive, Robertesmart, Citroenxm and Russ for their help, my mum for........no ok i will stop but thanks to everyone else who helped me tick off all the items on the parts wish list, proper photos of it to come when its detailed and mot'd.

I'm working on it, copy and pasting the right link is a f ing nightmare on this tablet, I don't DO android.

Fantastic to see all that hard work has paid off Dean. You must be grinning like a Cheshire cat whilst looking at it and driving it at the moment!!

Oh yes David, I've had the car cover off today while I was cutting the grass and weeding, just so I could look at it, its been a wreck on axle stands for years, I'm still amazed at how low it is, you can almost stub your toe on the front end if your not carefully.

Very well done.. Looking forward to seeing you and the car at a rally very soon