I will likely get hold of him in the next couple of days.
He owes me one anyway, he's been nicking my roses to take to his mother in hospital

Are you going to dig a pit Dean ?

Just spoken to my neighbour Dean and he has Fluval, Heim and TMC external filters, with Heim possibly having a technical edge but Fluval being generally more readily available.

He also recommended Reefstore as a source, being well stocked, quick to deliver and possibly the cheapest source of Heim externals and keenly priced on the others.

One of our other neighbours who also keep fish agreed with him. She was out walking her Owl

Thanks for the info Steve, i thought i would be recomended the usual suspects as they work well but i sort of went against the grain this time as money was tight at the time........ 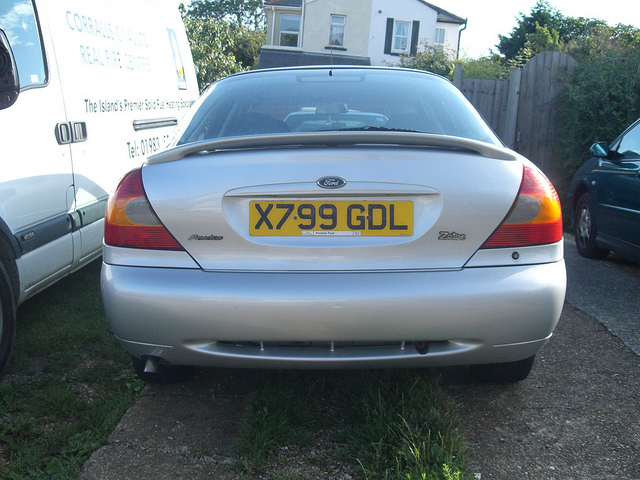 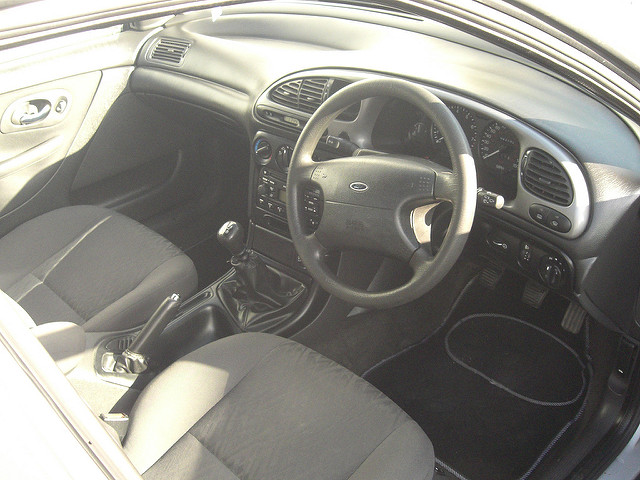 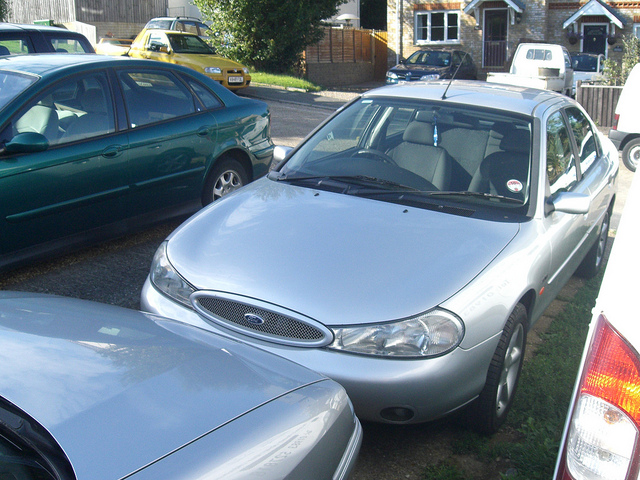 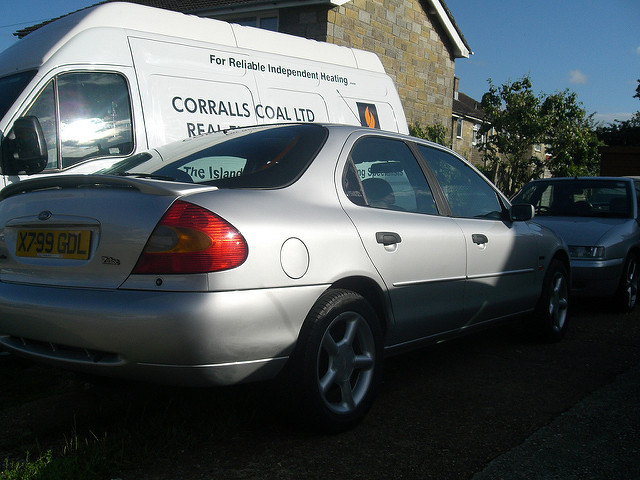 Interesting talk about fish and filters, its what I do/play at part time when im not at uni. a 5ft tank Dean, that is pretty big, I have a 13ft tank at work, that takes some cleaning I tell you!

Well would you look at that ... a Ford Mondeo with all of its own arches and bumpers without splits! You only so much as have to look at its bumpers and they crack! I saw one the other day which had none of its middle bumper left, only the side, the middle was just the foam board which lies beind it.

Looks a tidy car and they generally drive ok, good luck with the sale.
Top

Citroenmad wrote: Well would you look at that ... a Ford Mondeo with all of its own arches and bumpers without splits!

Got to be worth buying just for that unique feature

Got to say, that model of Mundaneo looks pretty good against the horrid, lardy, utterly downright ugly current model... They might drive OK but you need to be Stevie Wonder or Ray Charles not to be horrified by their chunky styling...

The older cars get nowadays the better they look!
Top

Its my favourite mundano but i must say, it feels cheep inside, the Xantia is in the same cheep car league but doesnt feel like its made out of ice cream cartons unlike the ford, then there is the Ride quality and the rather flat zetec engine. I paid near scrap for it though so i will insure it for a couple of weeks and have a good play in it, service her even if it is 3k early and then sell it on to pay for an Activa clutch and a/c condenser for the xm


Tanks!!!! where do you work Chris? Ive just upgraded as I have a Leopard pleco thats nearly 19" long and addicted to melon and cucumber, fairly tame now and will hand feed etc, makes it easier to move her about if needs be.
The new filter is a sunsun one, very happy with it, empty it will shift 1400lph and is just the same to use as my remaining Fluval one but only cost £38.
Any other fishists about?

Keeping fish seems to be the next big thing

. My sister bought a tank a month or two ago. Its quite relaxing watching them wiggle about.

I'm also facinated with the water cleaning thing she has, its kind of like a syphon tube with a filter at the top, the gravel goes half way up the tube then falls down again and makes a rainmaker sound. All the dirty water then goes into a bucket...exactly...I don't know why I'm facinated by it either.
Top

Used to be but my interest was in cold water ones; fancy goldfish. I once had a great collection of Black Moors and Bubble-eyes; the girls loved those deeply, especially the Bubble-eyes.

Sadly, they all died of old age and I really hate anything dying on me so when the last one went to the big aquarium in the sky I called it a day and where the tank once stood now stands a whole traffic jam of model Citroens and Pugs.. The Moors and Bubble-eyes were particularly traumatic to keep as they have a relatively short life being basically, mutant goldfish and those mutations don't make for a long life, unlike the common goldfish; they can live for ever if properly cared for... My last ones were around 8 years old when they departed...

Back along and since I was a kid I've enjoyed keeping fish in ponds and would love a nice pond again as it's the only kind of gardening I'm any good at...

One day I really fancy a few Koi. Presently with my two cats and around 22,000 others in the close vicinity it's a bit of a non-starter really...

One good thing about cats is they're long-lived so the trauma of them dying on you tends to be fairly infrequent...
Top

Back when those Mundanos were current we almost traded in our Rangie for a 2.0 16v Zetec like that, thankfully it was already broken (despite being a year old and at a Ford dealer) the gearbox was whining. That does sound like a plan though, something I really want to do that, buy a few cars and sell them on while experiencing new cars and possibly making a bit of money in the process, always a good thing!

I just work in a local-ish pet store, its a fairly big one which does the usual small animals but also reptiles, a huge range of tropical fish and marine fish too. I started last year as a part timer to get me thorugh my uni course and keep me in Citroens. I was mainly on aquatics but the last few months I have been doing admin and basic accounts for the same company. Handily over the summer I work more full time there, so it fits in well, back to uni soon though.

That is quite some size the plec you have, probably bigger than we have in at work actually. We have just got some Motoro Stingrays in, im quite taken with them, but the tank they need when fully grown is a little off putting! And yes, very handy to have a fairly tame plec, netting them is often not an option. External filters can run into big money, so the one you have sounds like a bargain and will no doubt do the job so long as the pump is a good'en.

Goldfish can live years and years ... I had two for 14 years, last year I took them into work for them to have a bigger tank, they are still fine and growing again.

I don't have any fish myself at the moment though, my last tank was a marine one and while it was settled the upkeep was too much, I didn't want to do it when I came home from maintaining tanks all day. So i stick with the many and increasing number of animals we have, soon a zoo might have to open

red_dwarfers wrote: I'm also facinated with the water cleaning thing she has, its kind of like a syphon tube with a filter at the top, the gravel goes half way up the tube then falls down again and makes a rainmaker sound.

They're marvellous things Kev and great for Goldfish as they are incredibly mucky and love digging in the gravel and making a right old mess...

Tell you what, if you or your sister grow tomatoes the dirty aquarium water pulled up by the syphon is the most excellent food for them. I used to water mine with it and had the most wonderful crops..

And they didn't taste fishy either...
Top

Deanxm wrote: I have a Leopard pleco thats nearly 19" long

That's one heck of a fish Dean

Didn't know what they were so looked it up in Wikipedia

This time i looked online and asked a question or two, then in the reply you get "whats your Ammonia levels", umm duno, so i get a water test kit so 3 times a week i can check my nitrate and nitrite and then its oh s**t ive got 40ppm Nitrite! and so water changes are done at least weekly, filter media fills you dreams, do i have enough bio rings? should i have water polishing pads in a tray instead?, is it time to change my Activated carbon or should i not use it and just put extra bio rings in? AAAAAAGGGGGHHHHHHHHHHHHH.................

I was given a clown loach too, he's called Joel (dont ask) turns out only sadam husane or Satan himself would keep a clown loach on his own "they are social shoal fish you evil Barsteward how can you sleep at night knowing the mental anguish that fish has to endure!!!!!" so feeling guilty for the perfectly happy fish i went and bought 2 more from the pet shop, Joel did not appreciate this and spent the first week attacking the intruders day and night before going pale and white and tuning into a hermit for the next 3 months........great.

Now after nearly 6 months and many fights and bouts of loud clicking at 2am they are all friends, and love to hunt and eat any other fish under 1" i put in the tank.................i no longer even look on fishkeeping forums it can drive a man stark ford mondeo crazy

Deanxm wrote: I have a Leopard pleco thats nearly 19" long

That's one heck of a fish Dean

Didn't know what they were so looked it up in Wikipedia

Thats her Jim although the one pictured on wiki is worried as its changed colour, when happy they are the darker colour all over.
Mine is too tame though, when i get home from work she will push on the tank lid until i give here some form of veg, stranage how a fish knows a person too, she does not like the wife and will not take food from her