I keep forgetting about this blog....

I've bought a 2000 V reg 406 HDi Rapier with 40k miles on the clock that I'd intended to replace the Xantia HDi but managed to fix the heater instead. As the 406 drives so well I've decided that it's replacing the 306 HDi as my daily car.

I've had nothing but problems from the Citroen dealer in Glasgow with my C6. They've damaged the car twice now and have completely ruined my ownership experience so I've now decided that I'm going to sell that.

It took Glasgow Citroen 5 attempts to get my tracking right, they managed to dent the roof, when fixing the roof they broke the windscreen trim, got an oily mark on the cream door pillar, filled the car with dust, damaged the door card and dashboard etc. I managed to get a 3 month old C5 courtesy car with 1400 miles on it as a courtesy car whilst the C6 was in having the intial damage repaired, the car was disgustingly filthy, after seeing this I can't say I'm surprised mine has been damaged.

The dealer principle is a gob s**t too which has confirmed to me that I want nothing else to do with them. It's going in to be put right on the 1st week in September, I'm getting a like for like courtesy car and have told them I won't be accepting mine back until it's perfect. If they damage it again they'll be forced to buy it off me.

And another addition to the Citroen family.

A very late one at that, an X reg.

It's done 113k miles and is in fairly good shape.

I found it on Gumtree in Elgin which is about 200 odd miles from me. It's taxed till February but had run out of MOT. It had actually failed it's MOT on a wet hydraulic pipe.

So for the £350 asking price I was convinced it was a good buy.

After speaking to the seller he advised me that he'd used it for a few months like this and it hadn't let him down I decided to book it in for an MOT and get the bus up to the car and drive it down the road.

Dad and I left Glasgow at 8.40am on Sunday morning, and got to the car around 2pm. Had a look round it, checked the LHM, checked the engine oil etc etc. I'd taken 2 x 1 litre bottles of LHM with me incase it needed topping up.

We'd driven about 20 out of the 200 miles home and I got a wiff of hot LHM, however there weren't any lights showing so we kept going. Half a mile later the stop light came on.

When i climbed out I noticed a spray of LHM landing on the exhaust at the rear. It was belting out. So that put an end to that journey.

We phoned the AA and around 2.5 hours later a very pleasant elderly gentleman turned up with a recovery lorry and carried us the remaining 180 odd miles to Glasgow.

There's a few pipes at the back that look a bit ropey so I'm going to order them all from Citroen in Glasgow and change them all whilst the subframes dropped to give access.

Here's a few pictures of it: 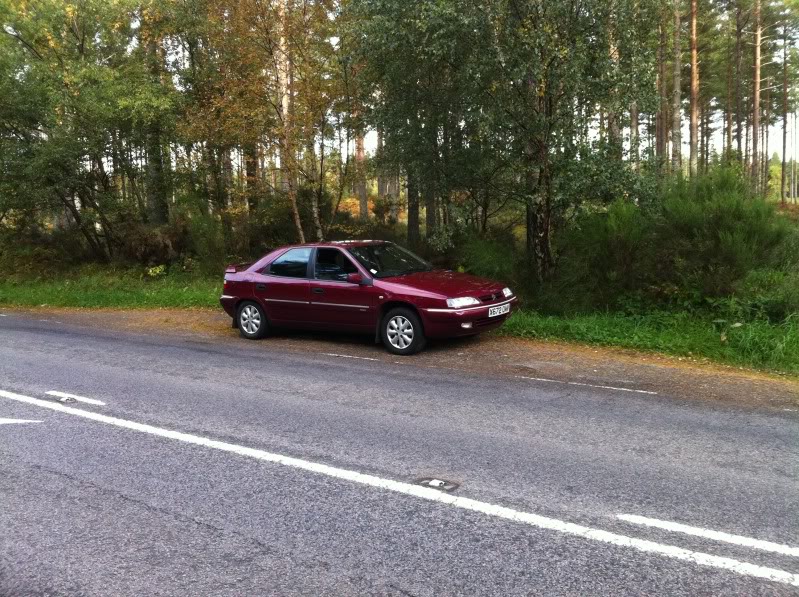 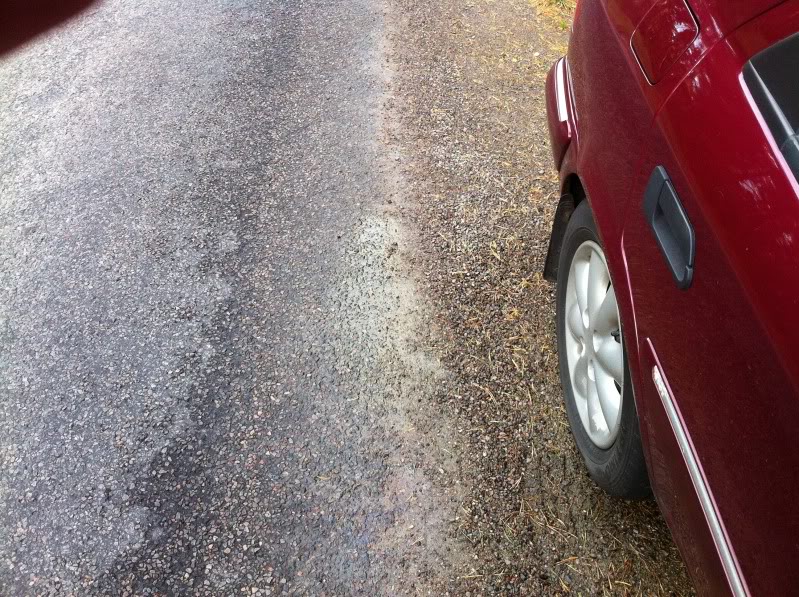 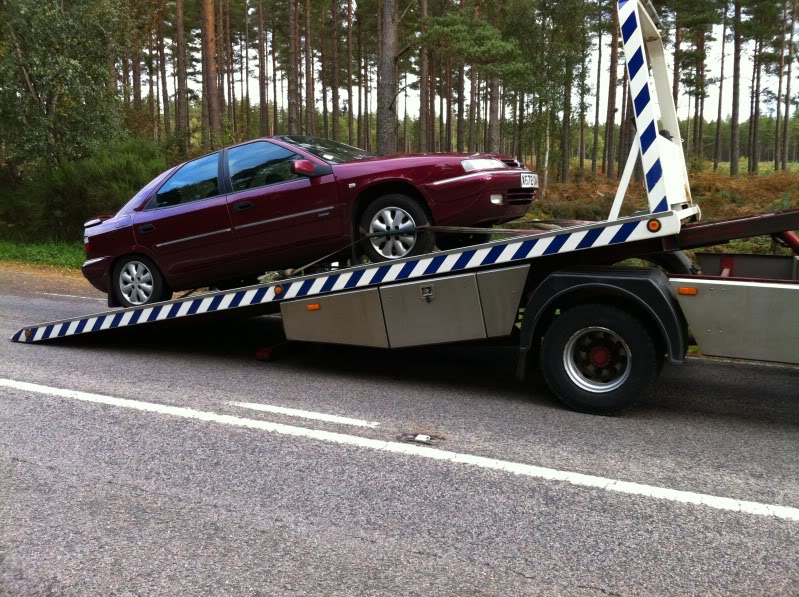 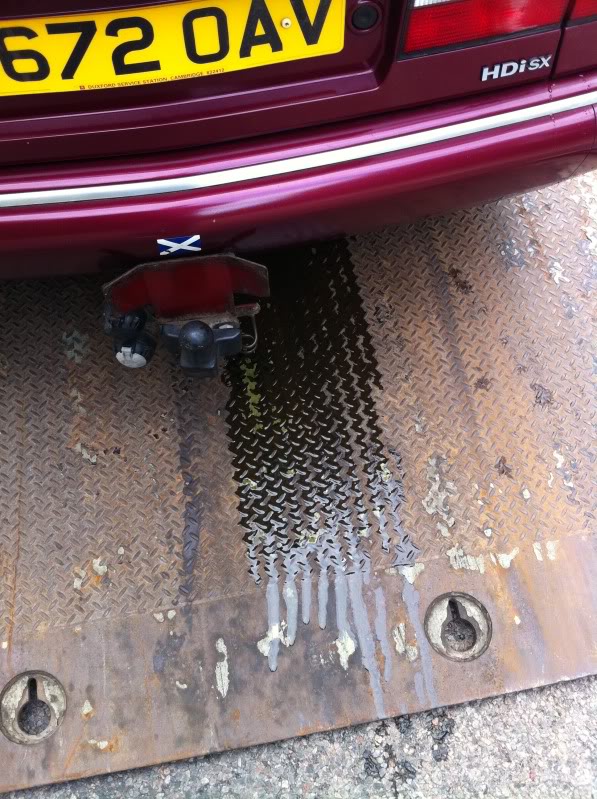 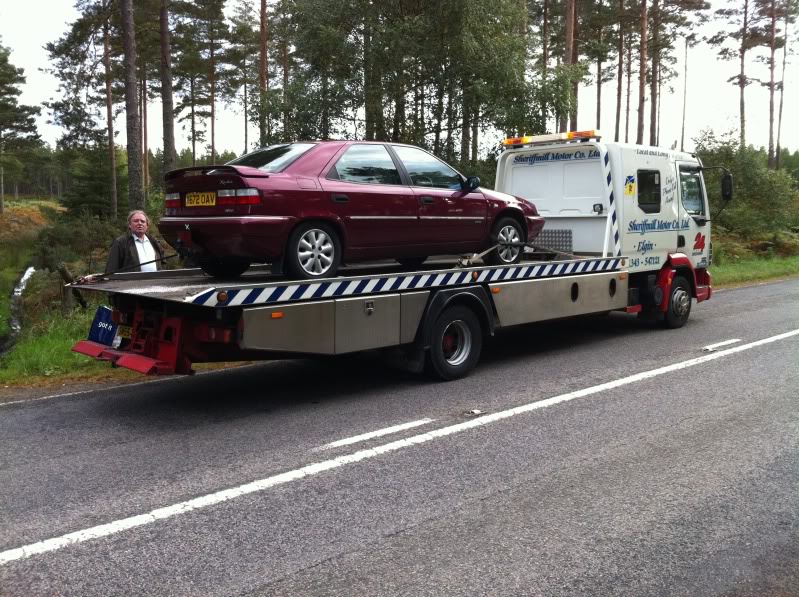 Is this to replace your C6? Xantias must be very good indeed ...
Top

It's not really to replace anything to be honest.

A friend of mine needs a car for a month or two after the engine on his Leon Cupra dropped the 3rd cylinder so he's going to use this.

After that, not sure what I'm doing with it yet!

I agree Lexi, the colour is lovely, it looks lovely in the sun when clean.

Dad was actually in a good mood on that trip. It was a nice day and the surroundings were quite pleasant where it broke down!

Comfy seats to get back into after having a wander were nice too!

Well due to the bad weather I’ve not been able to do much with any of the cars until recently.

Here’s a few pictures of my Series 1 V6 24v XM that I bought at the start of December.

It’s a November 1991 and as you can see from the pictures below it’s immaculate. Mileage is just over 121k.

All I want to do is put a new set of spheres on it so that it’s as soft as it should be but other then that I’m over the moon with it.

Wow, totally stunning, and a manual too, very nice

It's this one I'm hoping your cover will fit.

Ah damn, was supposed to price delivery for you wasn't I. Sorry, ill dig it out of the van today and get it sorted.

I've driven one and they are rather good aren't they

Well I changed all 7 sphere's on the XM last weekend and started to change the thermostat as a precaution so that I knew it had a good one in it.

When i lifted the top engine mount off I noticed that the rubber had perrished on the old one. A trip to Citroen and £50 later saw the delivery of a new engine mount within 24 hours which was handy!

Fitted the engine mount on Wednesday and started to bleed the coolant and noticed that one of the steel pipes that runs right through the middle of the Vee of the engine was leaking.

Now I'm faced with the lovely job of lifting the throttle bodies, inlet manifold and most of the wiring loom out of the way to replace them.

I'm gutted that I've not even been able to test these nice new sphere's yet since I fitted them!

Will report back when the jobs done.

David, which V6 XM was this on, the PRV engined 24V or the late one with the ES engine?

If it was the ES engined one, I'm worried now as I'm not even aware of a water pipe running in the valley on these. At least, I've never spotted one

This was on the early PRV one. I don't have an XM that I can use at the moment.

The Series 1 PRV V6 is waiting for these pipes to go on and the Series 2 PSA V6 is overdue a timing belt change that I keep putting off!

I stripped the Series 1 down today so that she was ready to fit the new pipes to when they arrive.

Here's a before picture:

Here's an after pictures:

The pipes that came off were a mess as well. Much more so then I thought they'd be. I'll get a couple of pictures of them later when I'm not using a camera phone.