I was thinking the same but wanted to be sure that bloody controller was round the wrong way before I started to fiddle with it.

It sounds the right way around so wind it out and then do 1 turn at a time until the light comes on then back by 1/4 of a turn.

The boost gauge should Tee into the same place as the controller as that is what your controlling though if it was me I'd be looking for a VAC hose on the inlet manifold to plug into as thats the best source of what the engine actually sees all in all.

Well I got the Activa set up as required yesterday morning after Dean's perfect advice showing me where to connect the boost gauge too! That reminds me I need to take it off before we go away in it this weekend as it's noisey and drives me nuts!

The timing belt on the C5 is now changed, that turned into an interesting one as the adjuster on the inlet cam pulley on the rear bank was seized solid! A soft headed hammer and a block of wood soon saw it shifting though. After a few rotations the tension was set spot on so it was just a case of getting it back together. Had it running for 30 seconds but don't want to leave it any longer as there's no coolant in it yet as one of the new pipes has gone on back order. It's running as sweet as a nut though so I think I got the timing right

It's starting first time, every time now, just wish the starter motor would drop off straight away rather then sticking which is a bit annoying but am hoping it might start to after a bit of use.

I've freed off the brake calipers and rebuilt the brakes on it this evening too, just need to bleed them.

So, bleed the brakes, fit the new coolant pipes and then bleed the coolant and the C5 will be ready for a drive.

A friend of mine visited today whilst I was doing the timing belt and asked what Citroen would of charged to do the job. I wasn't sure but know that my dad paid £800 for the belt to be done on his 406 Coupe 4 or 5 years ago. So... I rang Glasgow Citroen and was promptly put through to a booking call centre somewhere down south. The girl on the phone advised me that Glasgow Citroen would supply and fit a cambelt including tensioners to the C5 for £345 all inclusive. She took the registration number of the car and checked that it was indeed the 3.0 before giving me the price too.

With this in mind I'd be tempted not to bother doing another V6 cambelt myself as the kits amount to nearly £200!

Fingers crossed Citroen get this pipe quickly as I need it off the ramp. There's a few jobs waiting on other cars now!

Excellent news on the C5 David

Good job you found the seized VVT as it might have led to some head scratching later as to why the engine was not performing as it should...

£345 seems awful cheap from a main Stealer for such a job... Does that include water pump...

So, how did you find more boost on the Activa? Good?
Top

Jim, it didn't include the water pump, no. They wanted another £150 to do that. I would leave one in the car and get them to fit it if I were booking it in!

The increased boost on the Activa has totally transformed the car! It's made a huge difference!

DHallworth wrote:Jim, it didn't include the water pump, no. They wanted another £150 to do that. I would leave one in the car and get them to fit it if I were booking it in!

That makes it less of a good deal I guess... I would imagine since the part is £102.14 from Citroen, they'd probably want £50 just to replace it, that is of course if they allow you to provide the part yourself too!
I'm guessing it also doesn't include the aux belt either

DHallworth wrote:Looking at it like that I would probably far rather spend a day (and the blood, sweat and tears) working on it and saving almost £250

Feeling the aches and pains in my right shoulder and the tenderness on the back of my hands I'm not sure!

To be honest, the only thing I've replaced on the C5 is the belt. At 60k miles all the idlers were ok, they spun smoothly and had no play/noise in the bearings at all. The tensioner on the C5 broke so it's currently wearing the old tensioner I took off my 50k mile XM a year or two ago.

Whole point at the moment was to get the car into a usable state so that I can take it for a run/MOT to find out exactly what condition it's in before doing a lot to it. I managed to get a belt for £15 instead of spending the money on a kit just now.

DHallworth wrote: The increased boost on the Activa has totally transformed the car! It's made a huge difference!

Now, it all depends if you want the noise of a V6 to go with that performance

Citroenmad wrote:Now, it all depends if you want the noise of a V6 to go with that performance

Citroenmad wrote:Now, it all depends if you want the noise of a V6 to go with that performance

Indeed, I can understand that. There's a big difference between the furious power delivery of a tweaked TCT and the genteel but firm power delivery of a V6 and of course they sound a lot nicer too.. Nobody can ever say a TCT sounds nice after hearing a V6...
Top

CitroJim wrote: Nobody can ever say a TCT sounds nice after hearing a V6...

Definitely not, they do sound nice

Well, since taxing the Activa on 1st May it's done around 350 miles now after a weekend away in Pitlochry.

We took the back roads through Balloch to Stirling, then about 10 miles up the A9 before turning off and following the tourist route to Pitlochry which was about 50 miles of twisting roads up through the hills. It was just a lovely gentle run with the odd bit of a blast around the corners and the occasional speedy stint to overtake the Sunday drivers doing 40.

The Activa was a little dirty when we arrived as it rained quite a bit of the way. The mileage upon arrival was 50998. 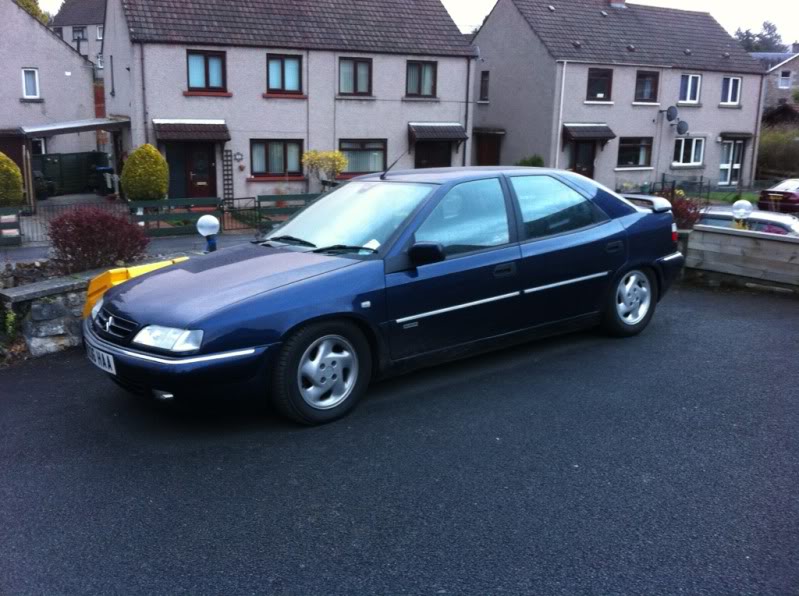 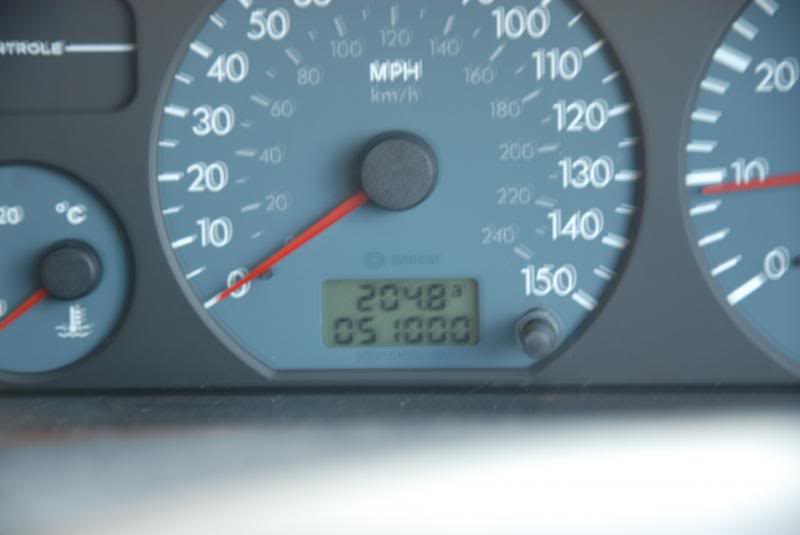 The weather this morning was stunning, bright sunshine, and the car was reading 19 degrees.

We drove out of Pitlochry this morning to go to one of the Distillery's. Unfortunately it was shut so we slowly headed back into town. I stopped in a layby and took a couple of pictures and there was a brand new Jaguar F Type Coupe that pulled up just beyond us and did a full bore standing start. The sounds from it was superb!

A few seconds later I pulled out of the layby and was heading back into town and I noticed a Range Rover driving with the tailgate open. Right behind that was a bright orange Jaguar F Type again, this time it was being driven by Jeremy Clarkson. I think they were filming Top Gear as they use a Range Rover as a film car.

Anyway, that's the Activa had a run this month, I think it's the XM's turn to have a good run to Wetherby and back in a fortnight.

Great to see your Activa being enjoyed David

That's what they're for

You'll enjoy a run to Wetherby in the XM too... Which day are you planning to go?
Top

That sounds like a good run out and fancy seeing Jeremy Clarkson!

I enjoyed the roads around Pitlochry when I was there the other week, I'll have to take my Activa at some point.
Top

Jim, I was thinking of going for the Sunday.

Leaving home early doors and heading back on Sunday evening.