If I know you, this cx will be spot on when you are finished with it.
Top

CitroJim wrote:I believe CX clutches are even more of a trial than Activa clutches

Indeed... here is the 'fun' ShaneL had doing his a while back http://www.shanescitshed.com/cx2500/clutch/clutch1.htm. IIRC he had to have it back out again as one of the seals leaked....

Gosh! makes an Activa clutch look like a walk in the park...

What an adventure!
Top

CitroJim wrote:Gosh! makes an Activa clutch look like a walk in the park...

When I had my GS I was at a local dealer (Grimshaw Leather, long gone) and they were in the process of changing a CX clutch, looked a nightmare. Engine on the floor (Newly painted floof too) with oil, water and LHM all over the place.
They said, in very serious tones intended to impress, that the clutch was good for 80,000 miles.
Doesn't seem much. Sure my C5 is on the original at over 200,000 miles. It does slip occasionally but nothing serious.
Top

I was offered a Maikonics ECU the other day to take the car to 250bhp. Reading all this about clutches makes me think I'll not bother!!

I know I'm going over the top with the pictures here, but I don't care

The rear wheel covers are still off as I'm not finished repiping it yet and the bonnets not shut, but here's how she looked in the sun yesterday morning: 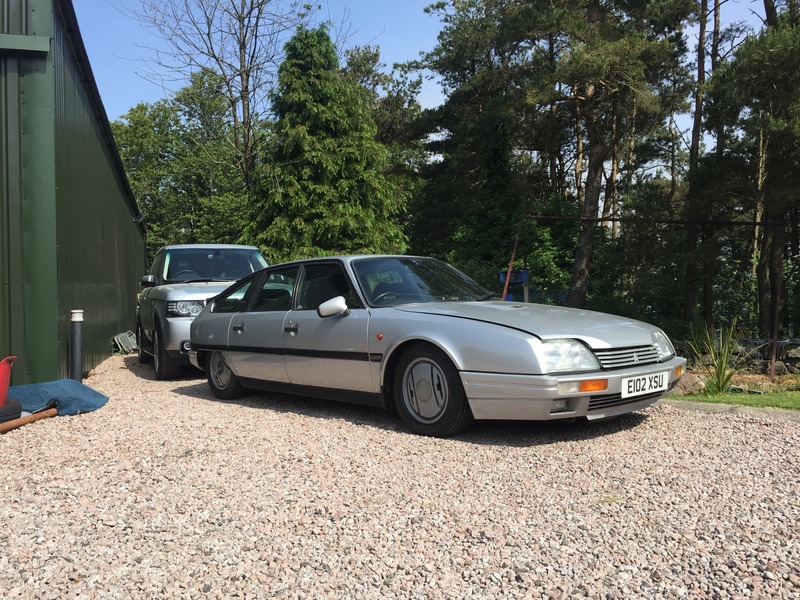 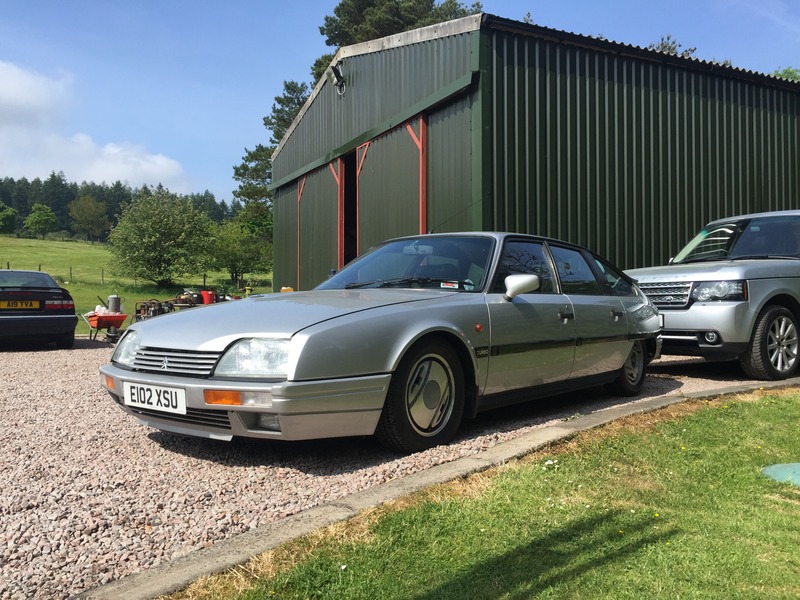 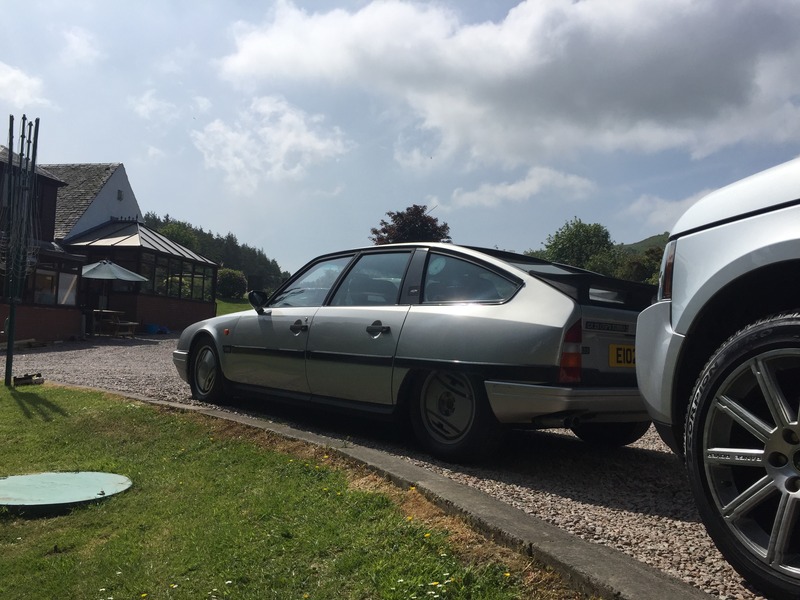 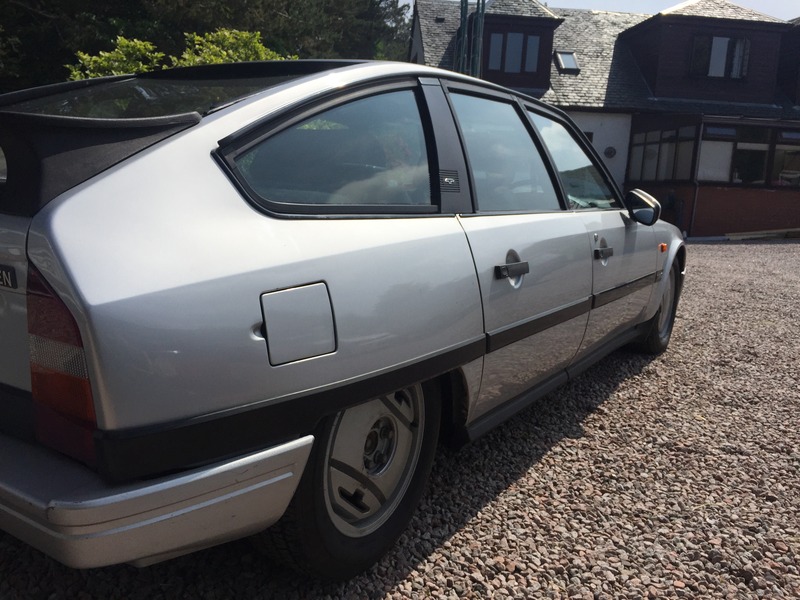 Looking good. I always loved the styling of the CX although I think I slightly prefer the Series 1 exterior styling with the chrome bumpers instead of plastic, but the Series 2 is still very nice as well.

An example of late Series 1 GTI styling which has somewhat smaller chrome bumpers, albeit with black rubber bumper protection strips over them which I don't remember being on my base spec S1 CX: 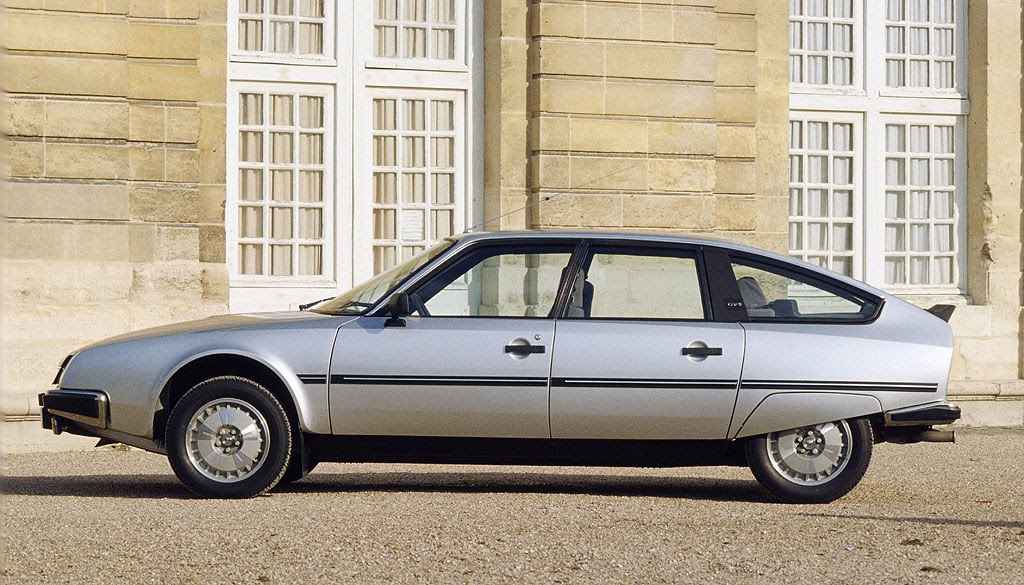 Considering the design came out in 1975 it still looks very clean and sleek today IMHO!

The styling is quite a contrast to the fat, bloated, large arsed, high waistline cars of today, that's for sure.

Well the CX is finished bar one bloody pipe.

The entire car has been repiped from front to back and all the pipes at the rear have been replaced. After this was finished, on Thursday evening I took the front O/S wheel off to get a look at the leaking brake pipe so that I could sort that out. The CX has 4 piston split calipers, a very similar idea to Brembo's. There's a metal pipe that runs around the caliper taking fluid from one half to the other half. Typically, it's this that's pouring fluid out of it.

I've found one place who stock them, a company called CX Basis in Germany, and they certainly know how to charge for them!! 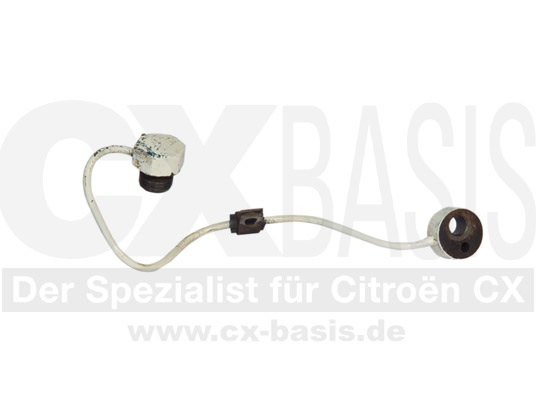 I was a bit concerned that the flexi would break when I removed it from the brake pipe so I ordered one of those as well, once they arrive, 30 minutes to fit that and then all I need to do is bleed the brakes and she's finished.

I'm going to put the car into a bodyshop locally to have the patch welded on the longeron as I don't fancy doing that myself. Other then that, we're MOT ready almost and well on target to be roadworthy for 1st July!

Very rapid progress there David.
Will we be seeing the CX at the next rally?
Top

LOL....you will be lucky, I will of stolen it by then