Looking forward to some pictures. Love the CX but never owned one.
Top

I'd love a CX! If you need another pair of hands when it comes to collection time, drop me a line and I'll come with you. 85 miles N of yours, or in my direction?

ShaneL over on Aussiefrogs has got one of these (or at least he had!) there is much documented over there of the trials he has with his (which was a UK import, so was rusty, which rather surprised him!). It fought him plenty on clutch and rear arm bearing jobs....
Top

And if its on a weekend and you can do with a third pair of hands count me in too.

Depending on which direction its in I could pop down and join up with Richard first or vica versa and car pool to the destination...

Could be a very fun day, much like the 205 repair day we had a couple of winters ago...

Yes I remember ShaneL's CX GTI Turbo 2 very well. I used to follow his postings on Aussie frogs about that car religiously. I somehow lost track but I'm not sure if he still has the car and is still posting on Aussie frogs ? It's certainly a while since he's posted on this forum...
Top

Is your Dad going too, but doesn't know it yet ?

Depending on where its located in relation to you and us over this way I was thinking more of a "chase car" where we could find our own way to the pickup point, help out, follow you back home and have a good look at it when you get it there and eventually make our own way back home...(a nice excuse to give the Xantia a long drive!) but without knowing where its located that's only a possible suggestion.

Oh dear. Good luck breaking the news then, and good thing they don't read this forum.

Re: RE: Re: David Hallworth's Blog aka All Things V6!

David, I assume you'd be taking a Range Rover and car trailer to collect it, as you usually do, but when you say "Restoration Project" do you mean there is a lot of work that needs doing before you can even fire her up, or does it just need a good going over with the maintenance and new tyres, belts, (probably spheres) and fluid before she goes back on the road ?

Are there any major known faults that need repairing or is it more an issue that the car has been unused and off the road for many years ?

By the way not sure if you realise, but this engine is a simple push rod engine not overhead cams, and it uses a single relatively short timing chain instead of a timing belt, so the chances of the timing belt breaking are zero because it doesn't have one!

The timing chain on these last an eternity and very rarely break, although I believe the chain tensioner is hydraulic and can sometimes wear a bit causing the chain to be a bit noisy. But unless there is a known fault on the car it should be fairly safe to start up when you get it home to see if she runs...

There are multiple V belts for the accessories but if one of those breaks during testing it's not a disaster as there is no timing belt for the broken belt to get in underneath. They're not a high revving engine and they're not a smooth engine when you rev them hard either, but they pull like hell lower down (even the bog standard carburettor version with only 115HP has loads of torque for its relatively meagre horse power) and as engines go they're almost bullet proof and will easily outlast the body shell of the car! (Which is exactly what happened to mine unfortunately, the rust monster consumed it while it was mechanically still in good order...

Its a strange thing that only the smaller 2 litre CX engines were overhead cams - all the larger CX engines like the 2347 and 2500 were basically minimally modified late DS pushrod engines configured to tilt 30 degrees to the front in a transverse configuration (a special tilted oil pan is fitted so the oil pan is flat with the engine tilt) and reconfigured to run "backwards" compared to the way they turned in a DS...

A lot of the engine components are directly compatible.
Top

Do you know if its a Prestige David ? If you don't know what that is, on some of the higher spec models including the Turbo 2 there was a "Prestige" body option. Basically a body that was about a foot longer than standard (including a longer wheel base) with that extra length being added to the rear passenger footwell and rear doors! Here is a CX 25 Prestige Turbo 2 1988, notice the extra long rear doors and rear passenger room.

Interesting, I didn't realise they did a long wheel base one!

I've got a few things I need to sort out at my end, get some other cars finished first. I've got a few jobs to do to the 24v XM and then it's full steam ahead for the CX.

Really looking forward to it now, as is my Dad I think, he had a DTR Turbo 2 Safari when I was a kid. I've still not even mentioned it to mum yet though

An excellent weekend was had at the Northern this year. Spent a weekend camping with great friends, (Steve - Trainman, Nick, Leo and Kirsten from NFC in Thornton, and Ben with his Activa).

Friday saw an excellent journey down in the Activa, and thankfully it stayed dry for us to get set up on Friday afternoon.

Saturday saw a great run out with some cracking roads that put the Activa through it's paces, it really is funny sitting in a perfectly flat Xantia watching a C6 cornering hard behind you though

. I also took DS21 out in the Activa V6 and I think he's wishing he hadn't decided to sell his conversion kit now

Sunday saw excellent weather all day and a good turnout for the event. There were a load of cars parked on the hard standing and loads more heading towards the gate on the grass. Highlight of the afternoon was picking up a genuine Citroen throttle cable for a V6 XM for a mighty £1

However, the novelty of that soon wore off when I won the "Best modified car" with the Activa 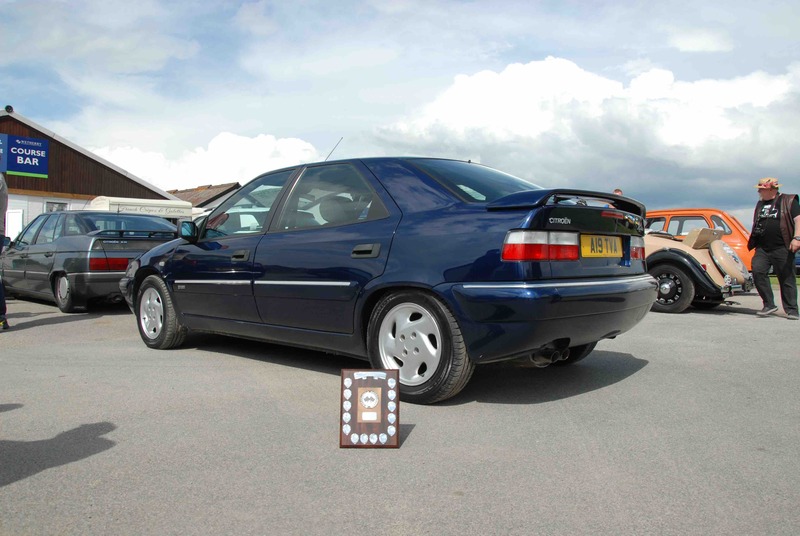 However, when I got home and checked my email, even the novelty of the trophy for the Activa wore off... I've still not seen the CX in person yet and until yesterday I hadn't even seen a picture of it. To say I am over the moon with it is an understatement. I'm going to speak to the owner today and try to make plans for collecting it. At the moment it runs but there's no hydraulics working. I'm tempted to take a run through one evening this week to go and see if I can get it to lift as it'll be so much easier to load if it will. Anyway, until further progress is made with that, here's the one and only picture I've seen of it so far 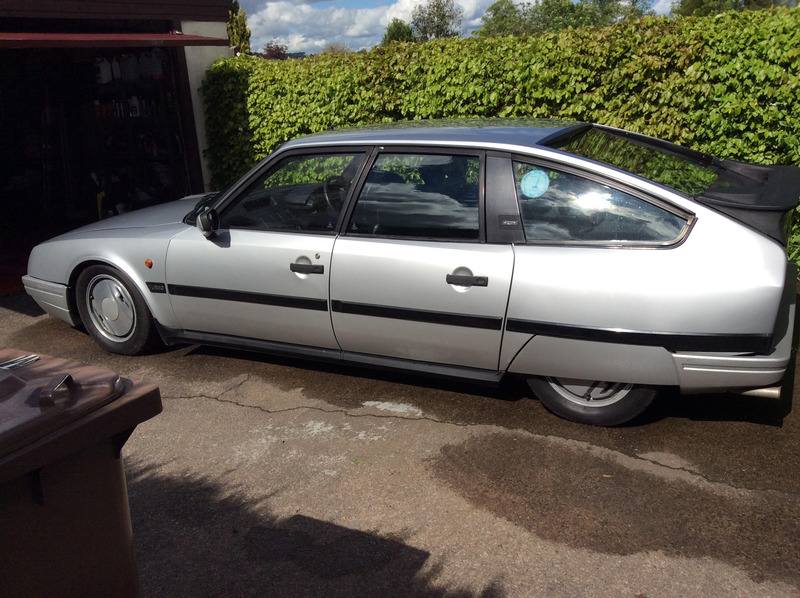 To say I'm excited about it would be an understatement

To say it's been a cracking weekend would be an understatement...

Congratulations on the award

I'm really sad I missed what looked to be a most excellent rally but you know the reason why...

Sounds like a cracking rally David , the activa looks gorgeous as always . The Cx looks mighty nice too .

I really need to make an effort to go next year - next time around let me know a bit earlier so I can work out the logistics and I'll see if I can make it.

Can't wait to see the CX in the flesh either - looks really nice and brings back memories of the CX I once had, even though mine was only a much lower spec model in much worse condition!
Top
Messages: 1861