I am happy to stand corrected here as it's a while now since I've owned a DERV car but i don't think 10 seconds is long enough on the glowplugs to give sufficient pre-heat to start. Besides, they should carry on heating for a while after the orange lamp goes out.

Dismissing that for a moment, if you loosen an injector union, is fuel present when cranking - indicating the pump is basically functional?

Back to glowplugs, disconnect and carefully insulate the feed to the glowplugs and then, using a substitute lead from the glowplugs, touch it to battery positive. Do you get a good spark and if you do, leave the lead in place for 30s to give a good pre-heat and then immediately go for a start.

Report back after those tests.

There is als no harm in trying a substitute ECU as well if you can borrow one.
Top

I have rerouted my supply for the stop solenoid direct from the double injection relay.

This is what I have found:

When the igniton is switched on a 12V supply is reaching the stop solenoid but when I turn the key and attempt to start the car the voltage drops to 0.23 V.

I think that the stop solenoid is not opening thus allowing the fuel to the injectors.

My obvious question is why

I will remove the plunger to confirm this and see if the engine runs.

I have since done this and there is definitely fuel going to the injectors. The car has shown some life so I am going to get a tow and start her that way.

Your thoughts and anybody else would be appreciated.

It would appear the problem is a fault within the ignition switch which results in loss of power when attempting to start the car.

Hopefully I will resolve this problem shortly and get back with the outcome.

Well I got the car going but there are 2 problems.

1.I have had to supply a direct feed from the battery to stop solenoid for it to start. So the same problem I posted earlier is still there.

2. It is not idling very well.

Any thoughts would be appreciated.

KP wrote:Can a TD Really generate that much heat?? I know of the heat issues for petrols, and been there myself, but i always thought TD's ran much cooler on the EGT side of things?

I can now give my findings about EGT's.

I had already tweaked the LDA a bit for more on-boost power but not so much as to increase soot levels (as more fuel meant more boost) and found peak EGT's peaked at 500c as this video shows.

Comforted by this I upped the fuelling more and increased boost to keep the smoke down. At full throttle and high rpm, I can see a hazy trail behind me in following headlights but nothing I'd consider offensive. However, off-boost smoke is another story

and as much as I dislike pouring soot in the paths of following road users, I've found it quite an effective means of communicating with tailgaters - which I tend to accumulate when obeying 30 and 40 speed limits.

Without access to the max fuel screw, I have increased fuelling as much as possible via the LDA settings and matching boost pressure. This gives a peak EGT of about 650c up to 70mph.
Top

Where are you measuring EGT Mike? Is 650C safe long-term for the turbo?

CitroJim wrote:Where are you measuring EGT Mike? Is 650C safe long-term for the turbo? 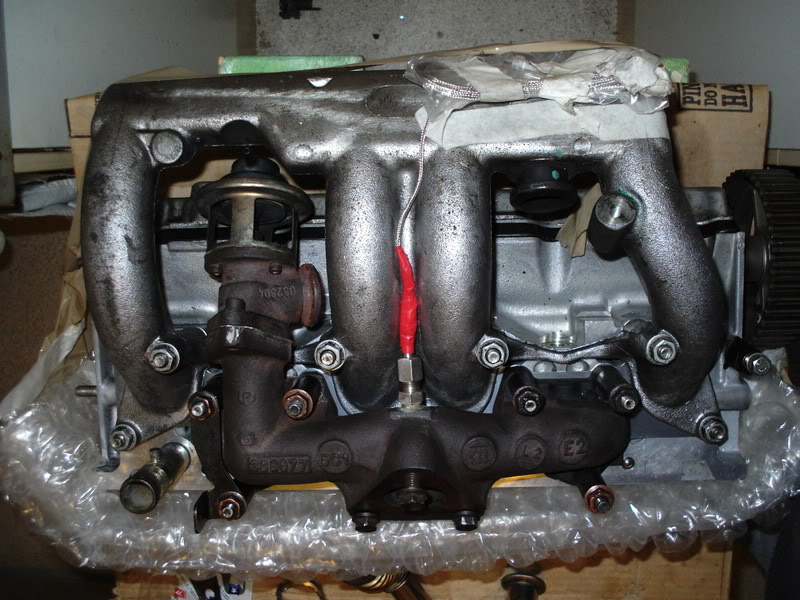 As for what's safe, I haven't got it straight from the horses mouth but estimates vary from 750c to 900c sustained... I'll let you know when I find it.

I've posted a removal method for your bolt in your other thread...


Jim or Kenny or Mike or anyone for that matter.. the above was posted I think 5 Nov 2009 but I cannot trace the link/post

. A search of all Jim's posts immediately says 'you cannot do another search ... etc etc ' or 'item not found' when specifying a page number.

Neither a 1/2'' crescent spanner nor 13mm crowsfoot wrench have cut the mustard for me... A nudge in the right direction please!
Top

Hey Kenny,
Thats some great pics of below the armour!
Question though; did you get it firing up in the end? and (I know it's a long time ago but can you give ma a clue as to which were the wires externally to the armour that were connected to the solenoid?
Just a thought because it would be quicker to join into the wires without armour removal if you didn't intend to replace the solenoid.
Top
Messages: 144