It's been a hell of a long time since I've been on the FCF, for one reason or another. Back in September last year I suffered my second rear end shunt in the C6, This time, hit by an uninsured driver

Thankfully the damage wasn't to bad. We were sat at traffic lights and the driver behind, took his foot off the clutch with the car in gear. After Speaking to the Insurance company and getting a quote for £2,000 to replace the back bumper

I decided to leave it as it wasn't to bad.

Around Christmas time, I heard of a C6 being broken at BL Auto's and was told it was Mauritius Blue, I was straight on the phone to Robert, and managed to secure the rear bumper. For a price significantly lower the the quote from the insurance.......

A trip down to BL Autos was then planned for before the Northern in May and I spent a couple of days down there having the front suspension bushes replaced along with the NSR door I had replaced quite some time ago, but never been happy with.

Just Prior to the Northern this year, she was treated to a service, and the gearbox oil change (3 times) this makes one hell of a difference and the gear change is silky smooth

I also took the opportunity to have the C6 remapped which I have to say has made a vast improvement, not just in power (208 bhp to 250bhp) but also in economy

I still need to get the timing belt done, but that's a dealer job (Fixed price item) and the paintwork sorted. 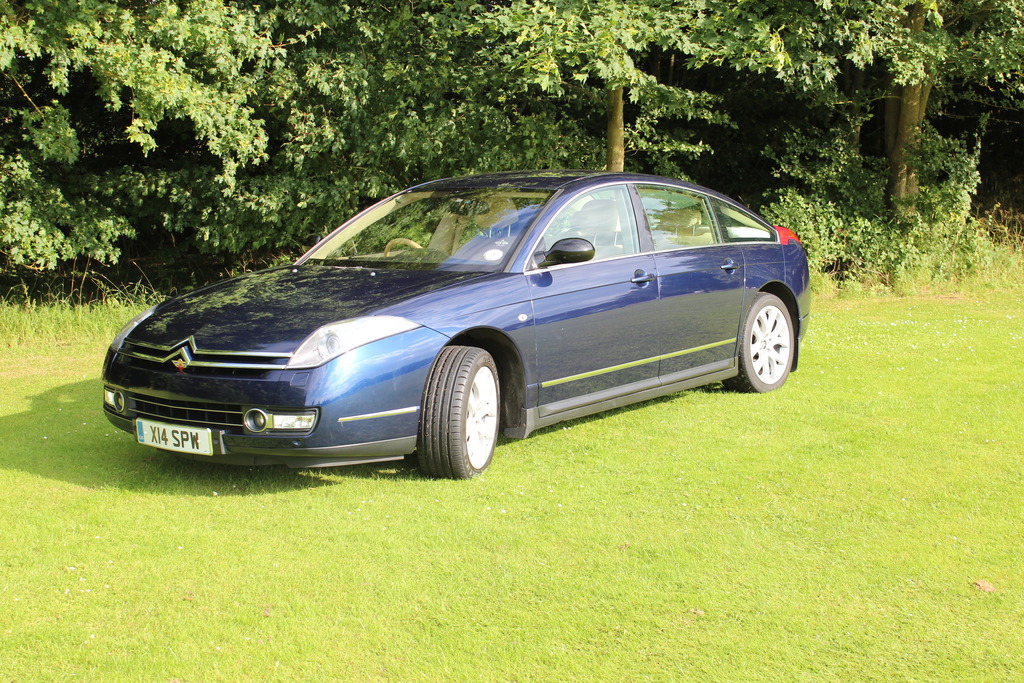 Good to see an update on here Steve

Sorry Jim, it was 5ish when I got down there, and left lunch time to come back. I wondered if you might have been down at your dad's and didn't want to bother you.
Top

Trainman wrote:Sorry Jim, it was 5ish when I got down there, and left lunch time to come back. I wondered if you might have been down at your dad's and didn't want to bother you.

Always happy to be bothered by you Steve

And you are always welcome whatever the time...
Top

Well, Yet again it's been a long time. And yet again there's fairly little to report. The wheels are currently under going refurbishment, they were done last year but the company used the wrong lacquer and it's cracked, I told them about it not long after it was done but didn't get round to sorting it out

I want to get them done ready for the Northern Rally in May, I'm also hoping to be able to get her over to Vince to be given a 'Pallas' finish. Even so, she still looks amazing in the sunshine.....

That is not a car, it is a modern automotive work of art.
Top

Its a lovely car and a real credit to you Steve. I hope once i start properly on the cleaning of the 407 that i get it as good as your c6. Cleaning the cream leather in it is not a priority right now. Its priorities is a remap, gearbox and engine oils and filters and MOT.

I had my remap done in Blackpool. I've really noticed the difference. I average about 7mpg more and on a run, I can get 50mpg
Top

The guy doing mine says it should go from 202 to 240 and lose the turbo lag, and get 12 to 15% better economy. Its on a 30 day money back, if theres not a big enough difference they put it back to standard and refund every penny.

sounds about right that
Top

Anyway, There's been a few things happen, Firstly the wheels had to go back to the powder coater's after they started to crack, apparently they put the wrong lacquer on them. Those will be back on the car tomorrow.

I went to the Citroen Car Club Northern Rally back in May, on the way there, I noticed that the street signs were showing a strange pink colour, then came the blinking headlamp icon on the dashboard, yep, bulb gone.....

Now, never having tackled this before, but, having heard the stories of people removing the front bumper, it wasn't a task I was looking forward to.... first job, get the bulbs (yes, bulb's....... I decided that rather than replace just the pink one, I'd replace both.....).

The next thing was to track down somebody with the bulbs, the usual suspects of motor factors returned prices of anywhere between £60 and £90 each

A trawl though eBay found me a pair of Osram bulbs for £35 RESULT!!

Next came the job itself, which, once you get started isn't as fearful as you might think. Once you get the bumper off, removing the headlight is a doddle.

Just after rebuilding the car, I saw a post on one of the facebook pages, about a couple who were getting married and the booked car had broken down and wouldn't be repaired in time for the wedding, so I offered the C6 and was taken up on the offer.

Here's a couple of pictures from the day

Now I have another problem with the dashboard, it intermittantly fails, I can go out and start the car it will work, the next couple of days it's blank.......... I've still got the Heads Up Display, just a total blank dashboard..... I remember when I used to have money headache!!
Top

I must say a C6 makes a wonderful wedding car Steve!
Top

To be honest Jim, It's something I've been thinking about for sometime, but not had the chance.

It was just something nice to do on my day off by helping somebody else.
Top
Messages: 960