You must have a permanent smile on your face with those, nothing like a quick peer out of an upstairs window to see a couple of envious neighbours/dog walkers chatting and pointing briefly in the direction of the driveway

Copart have been this morning to collect the car, It was really sad to see her loaded onto the back of a truck like that 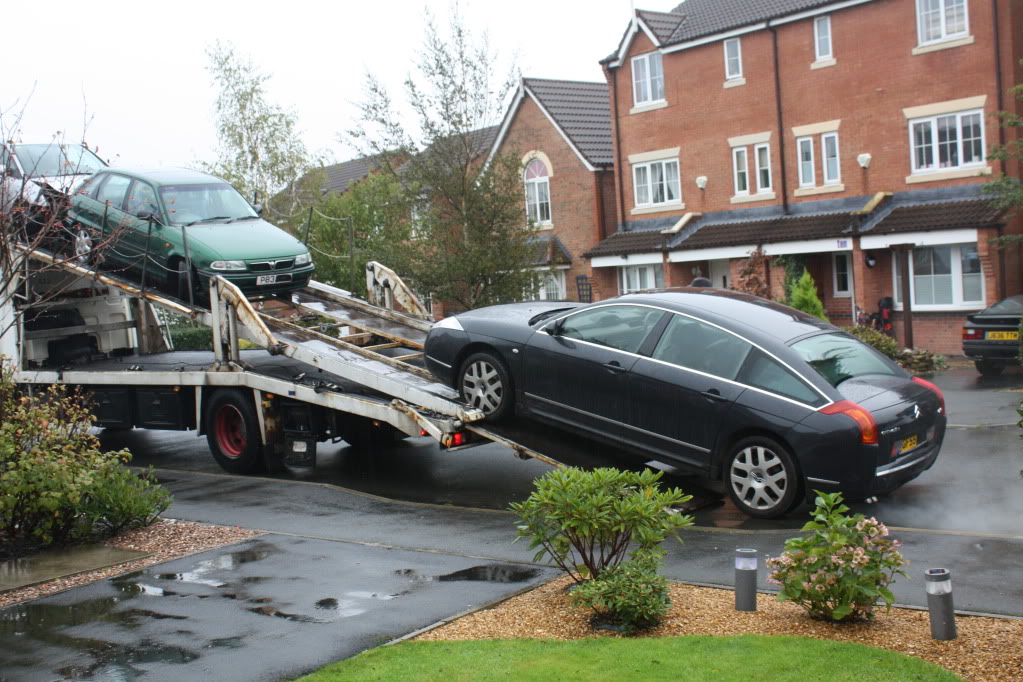 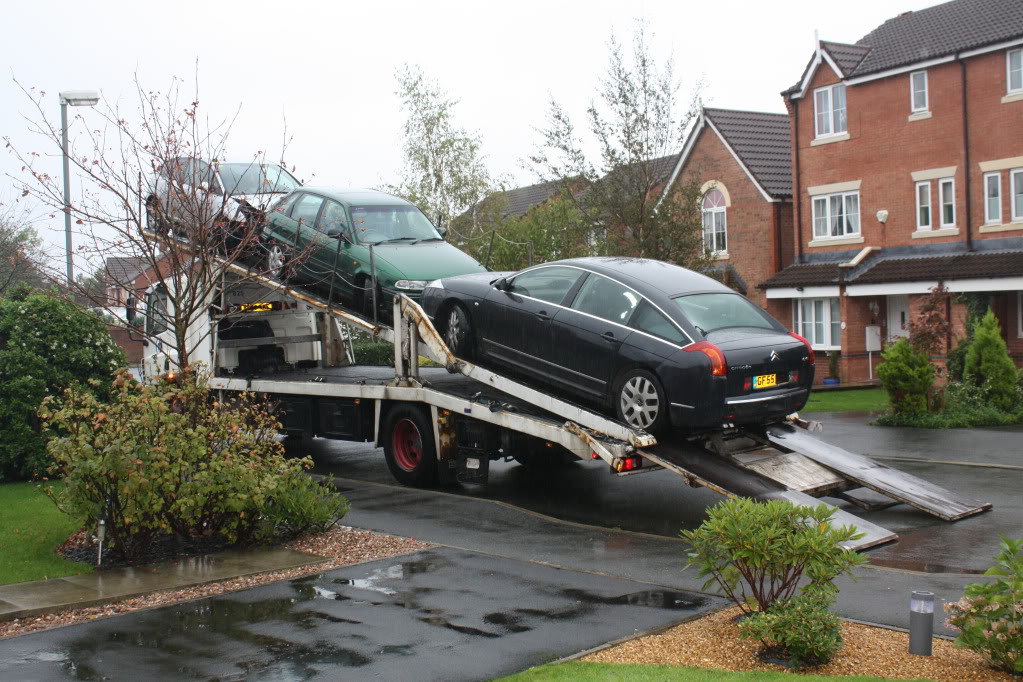 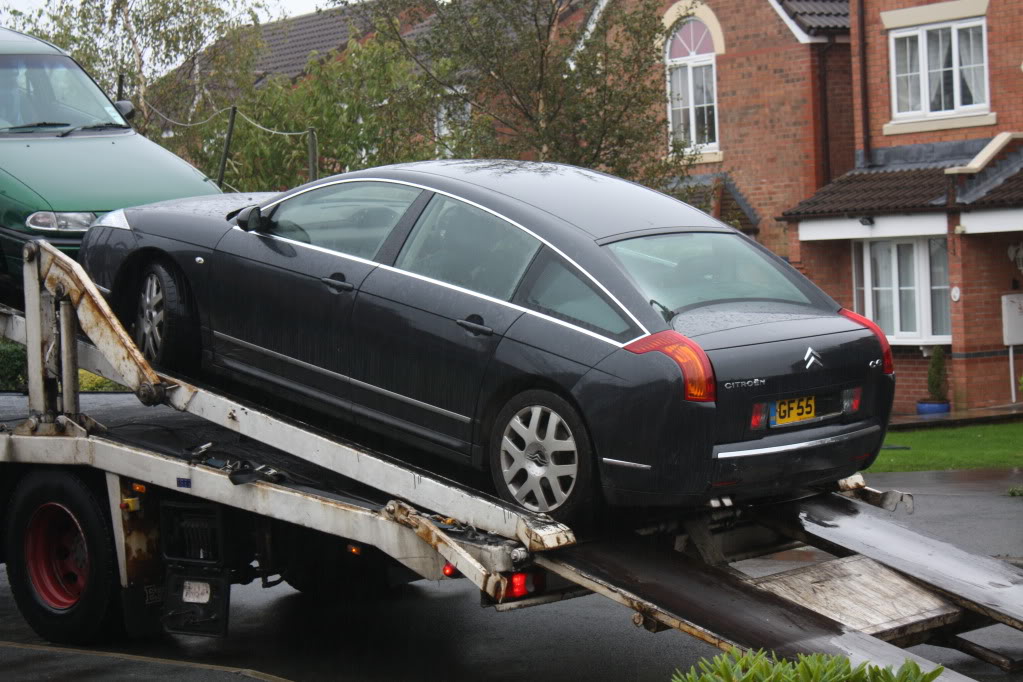 A very sad sight that

That is a sad sight

It looks virtually untouched in those pictures too. I bet someone will buy it and fix it up, hopefully.
Top

Yep, very sad indeed. Ignominious even for such a dignified lady to be carted off like that and having to face a bloody old Poxhall too...

Citroenmad wrote:I bet someone will buy it and fix it up, hopefully.

I'm sure she'll get all the TLC she deserves and will return to the road her old self in due course; it would be a travesty if she didn't..
Top

If somebody does have a 'dabble' I still have the all the books, along with the service history since I've had it, the sim card holder, Latest satnav disc, CD changer cassette and they forgot to take the key card as well

By the way Copart can be found at www.copart.co.uk
Top

Time to introduce the new 'lady' in my life, and just like most females she has already cost me money, when I bought her I knew she needed to have a tyre sensor coded, this turned out to be tyre sensor replaced.......£119 all in. I managed to get new rear mud flaps from Flebay for £20, I then went to my local dealer and ordered the front one's and a boot mat. The boot mat Citroen no longer stock, but they do have a boot tray, so that was duly ordered. Total (with C6 owners discount) £102.00 My local dealer Rygbyes of Eccleston, doing a sterling service as always. 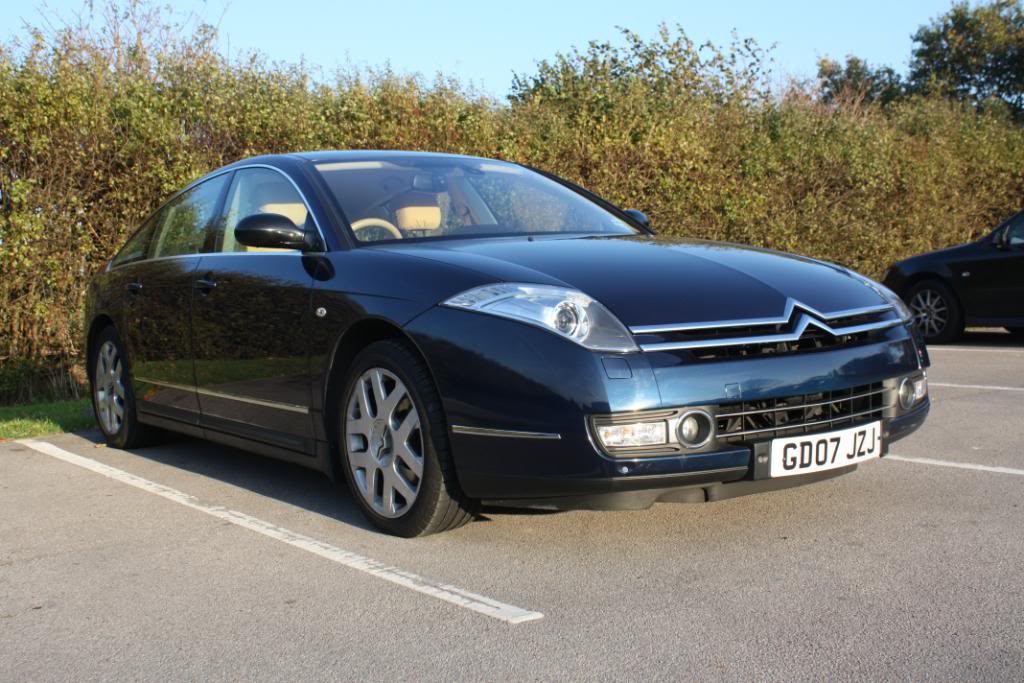 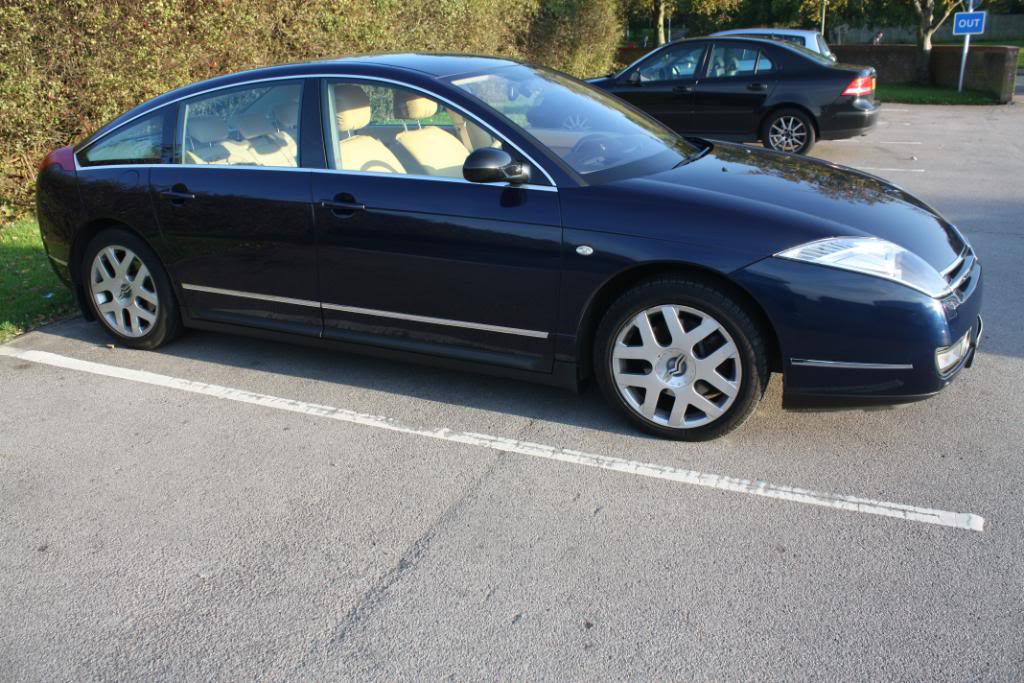 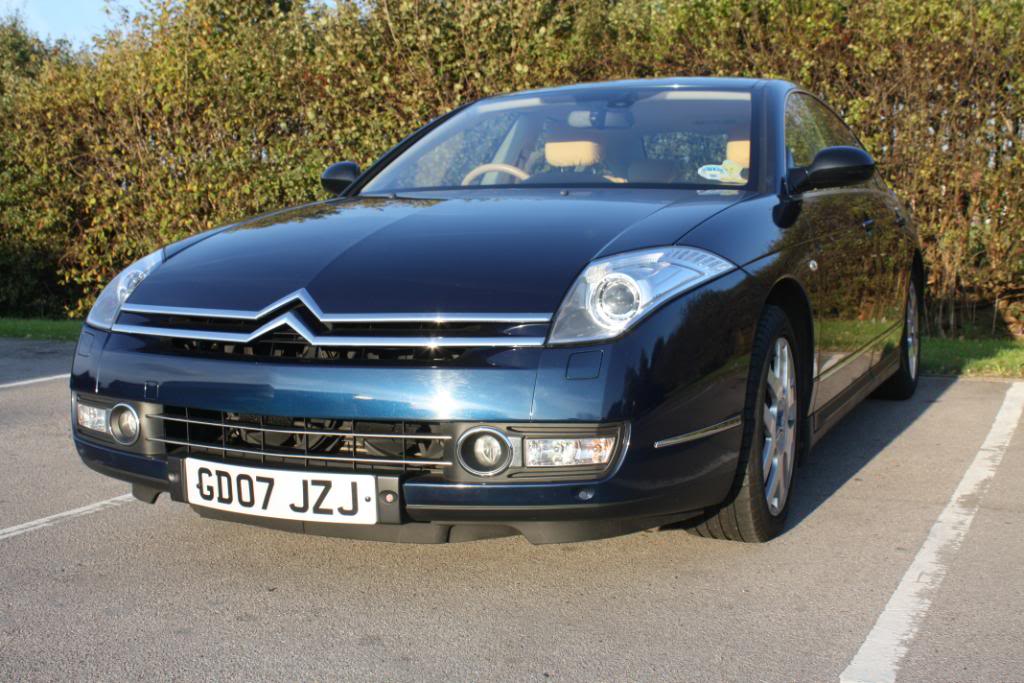 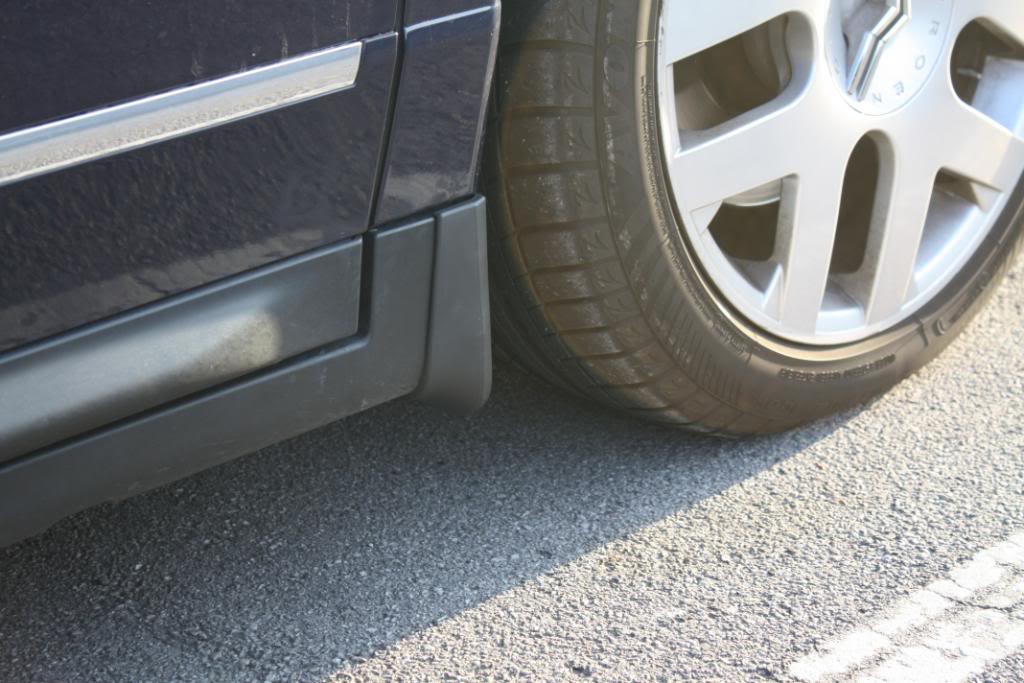 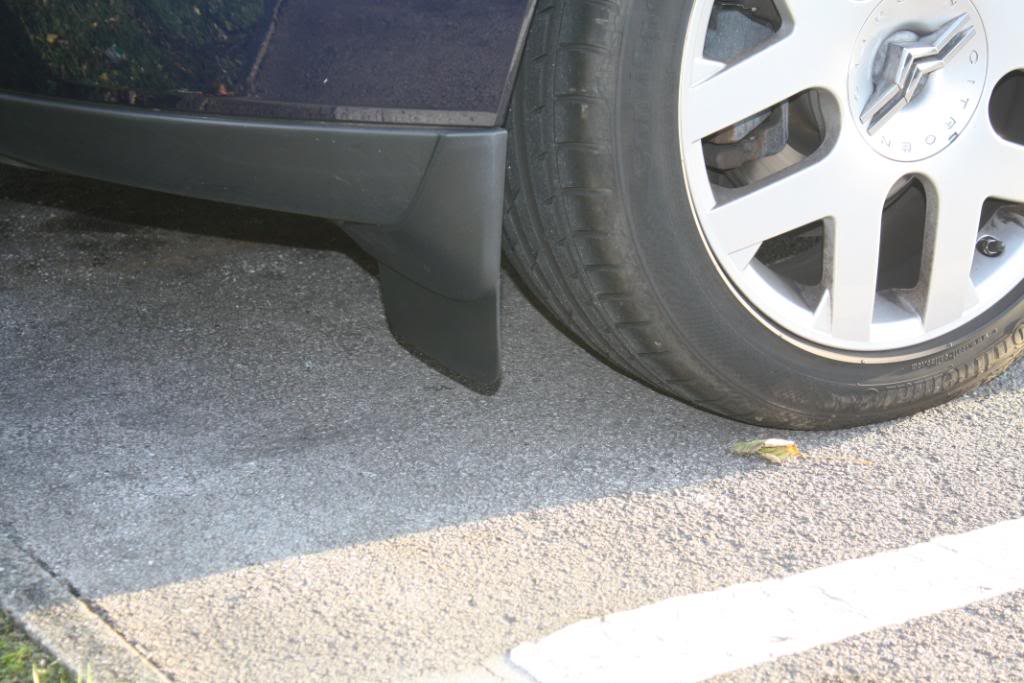 The mudflaps suit the C6 well but very few seem to have them. I noticed the rears had gone from your other one, I thought you swiped them for this one.

I saw a red C6 on Friday, my favourite C6 colour, something else I rarely see. I probably see 2 or 3 C6s a month.
Top

I did 'borrow' the old ones

but decided to buy new to match the fronts, interior pics to follows, soon as I get the chance.....

Trainman wrote:I did 'borrow' the old ones

but decided to buy new to match the fronts, interior pics to follows, soon as I get the chance.....

Front ones are a little small mind, bearly noticeable!
Top

Citroenmad wrote:Front ones are a little small mind, bearly noticeable!

Citroenmad wrote:Front ones are a little small mind, bearly noticeable!

Not unlike the front ones on C5s actually.

Have you picked up on any differences between your early C6 and your current one? Apart from the slight increase in road tax ...
Top

Citroenmad wrote:Have you picked up on any differences between your early C6 and your current one? Apart from the slight increase in road tax ...

There are a few, Obviously the satnav is updated, although it does need new firmware and maps, as it's still using the original ones from 2007 (a job for over the winter) other things are that this one has anti-dazzle door mirrors, which can be a bit disconcerting at first, the mood lighting in the doors is brighter, though this probably down to the colour of the interior

but it some strange kind of way it works

the only other thing (so far) is that it feels lighter to drive, but at the same time, more 'planted' on the road.

I want to try and change the daytime running lights and sidelights to LED's, which I'm antcipating being lots of fun

to give her the benefit of his magic touch ready for the rally season next year.

Pictures of the interior as per Chris's request: 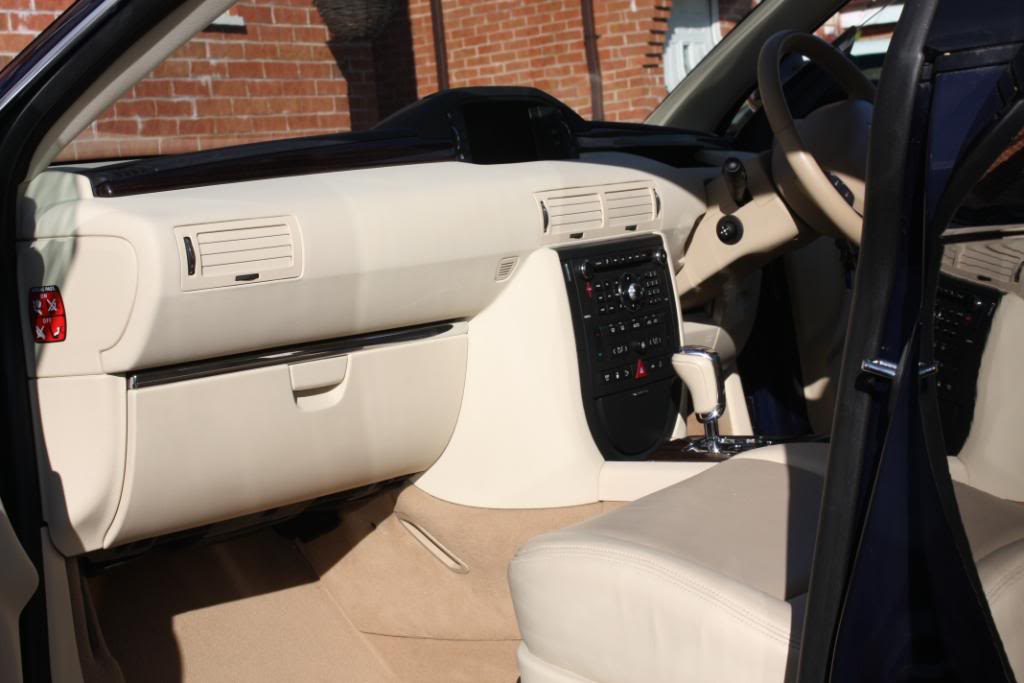 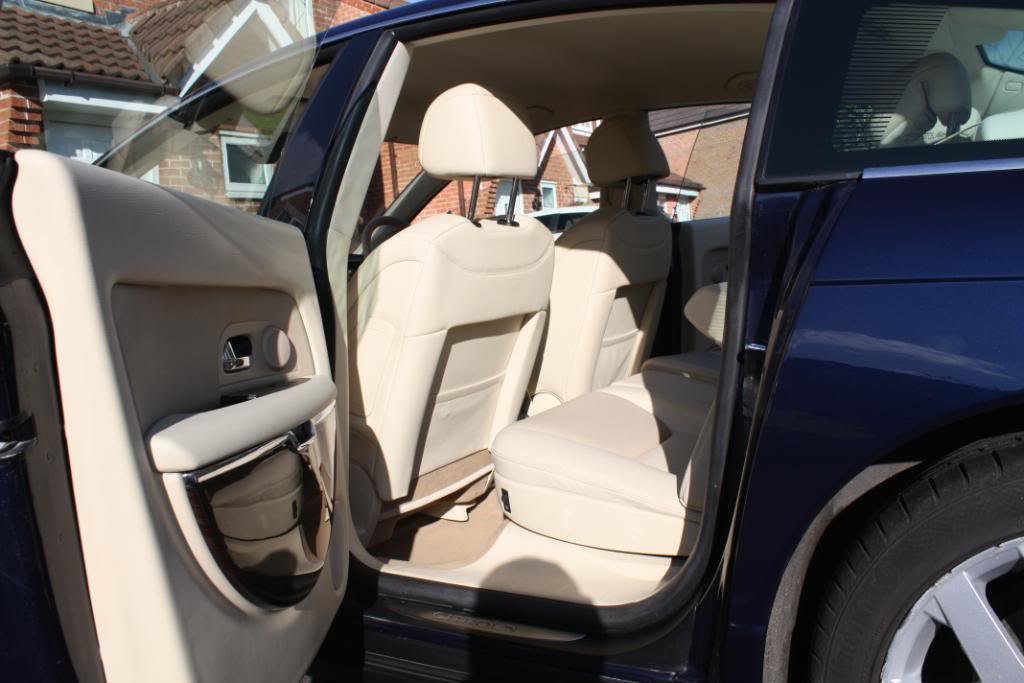 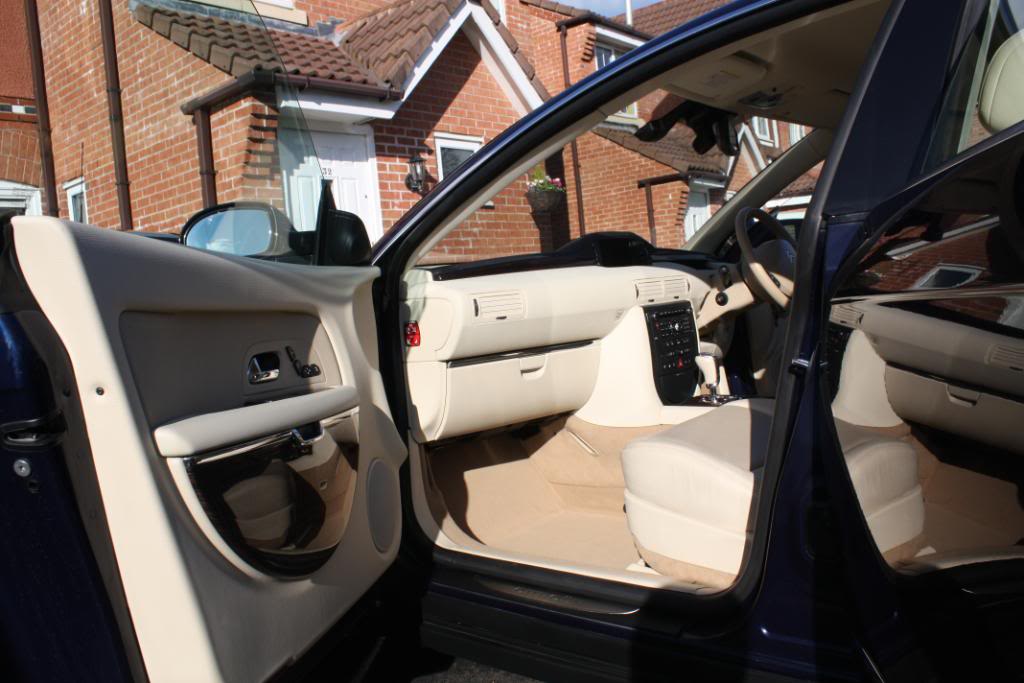 Here is one of the boot tray: 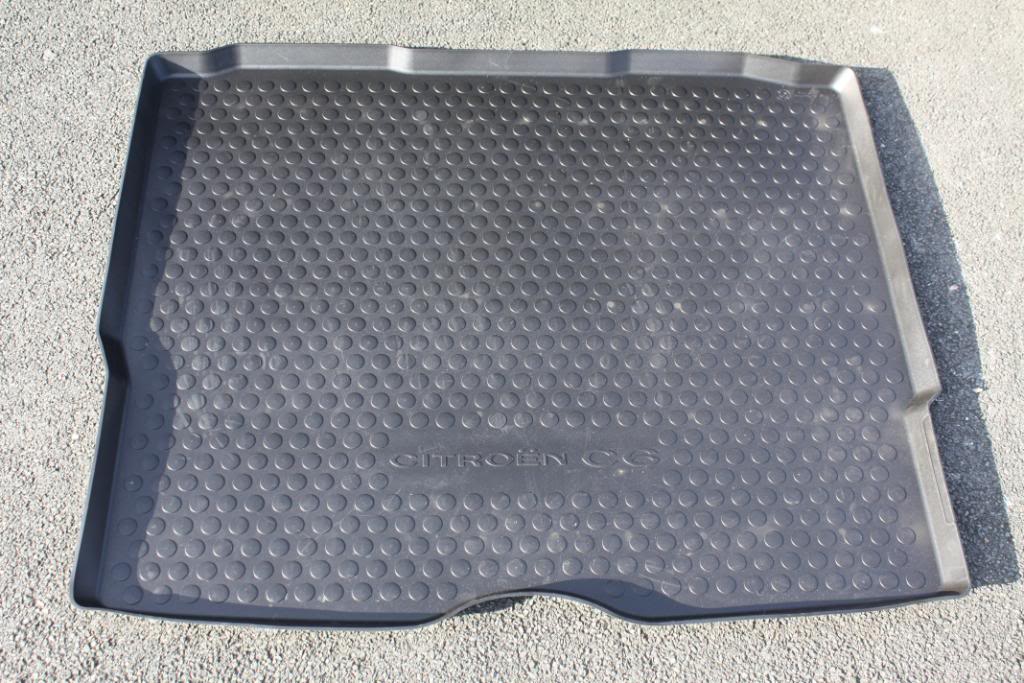 and one with it fitted: 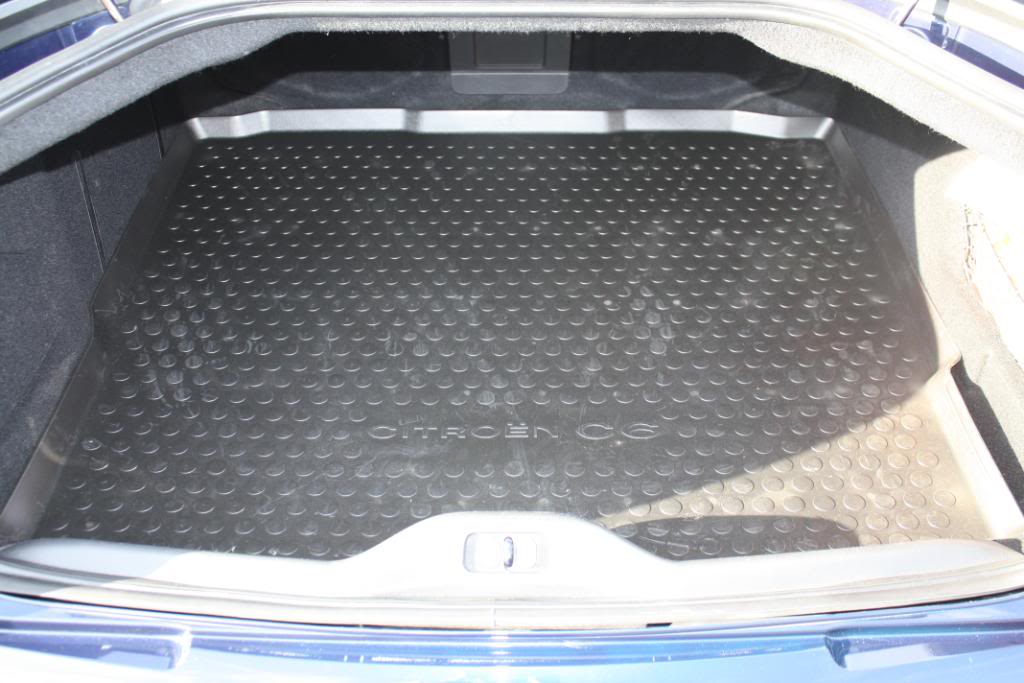 and then a couple more of the car: 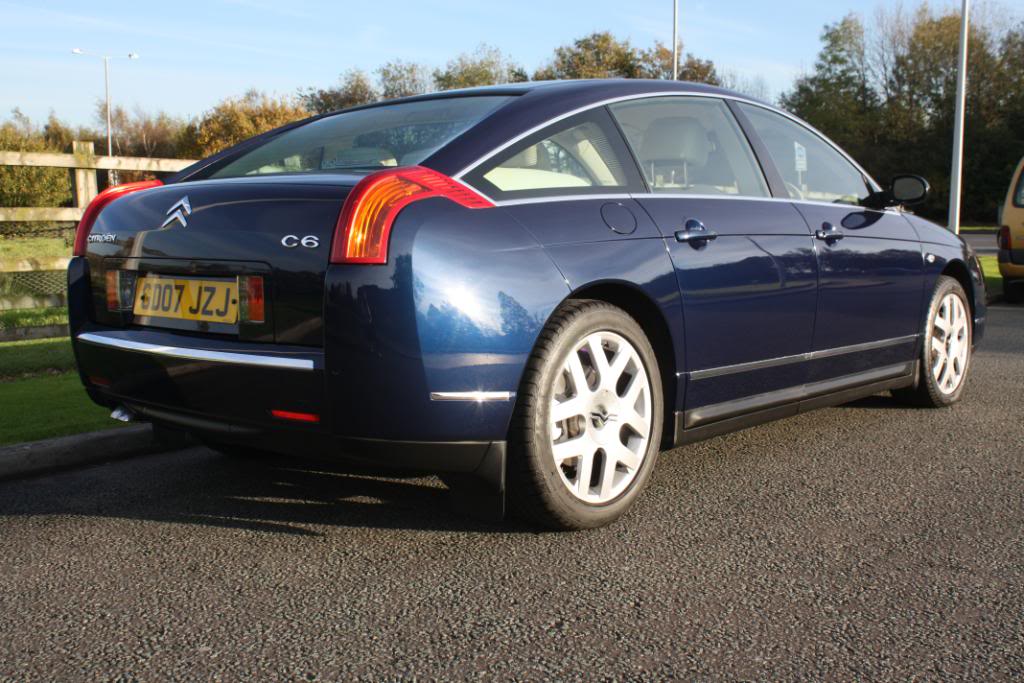 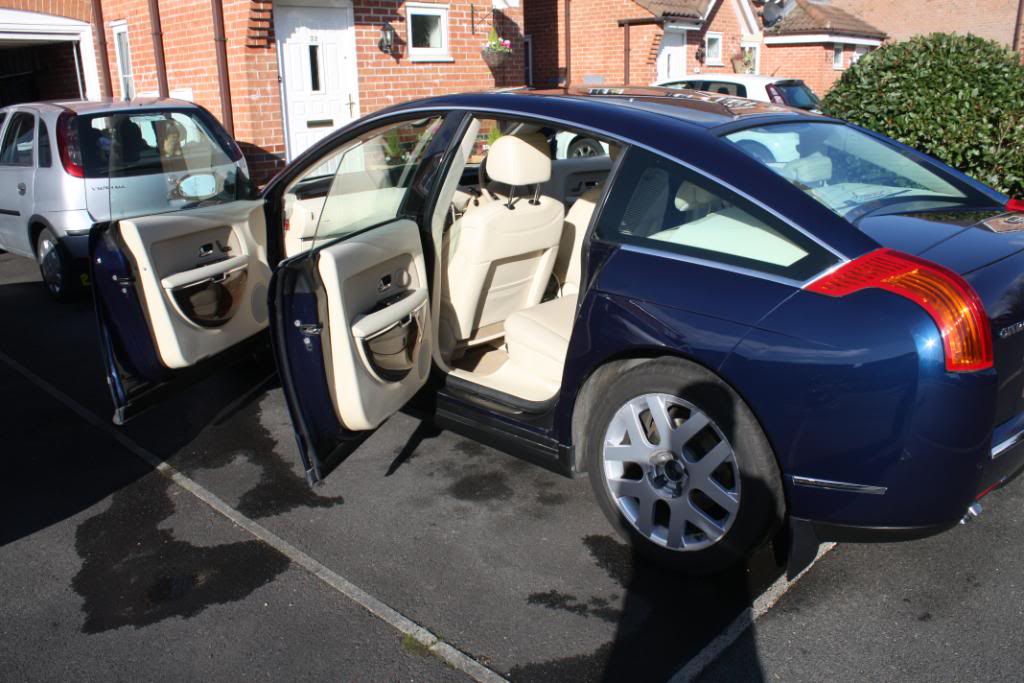 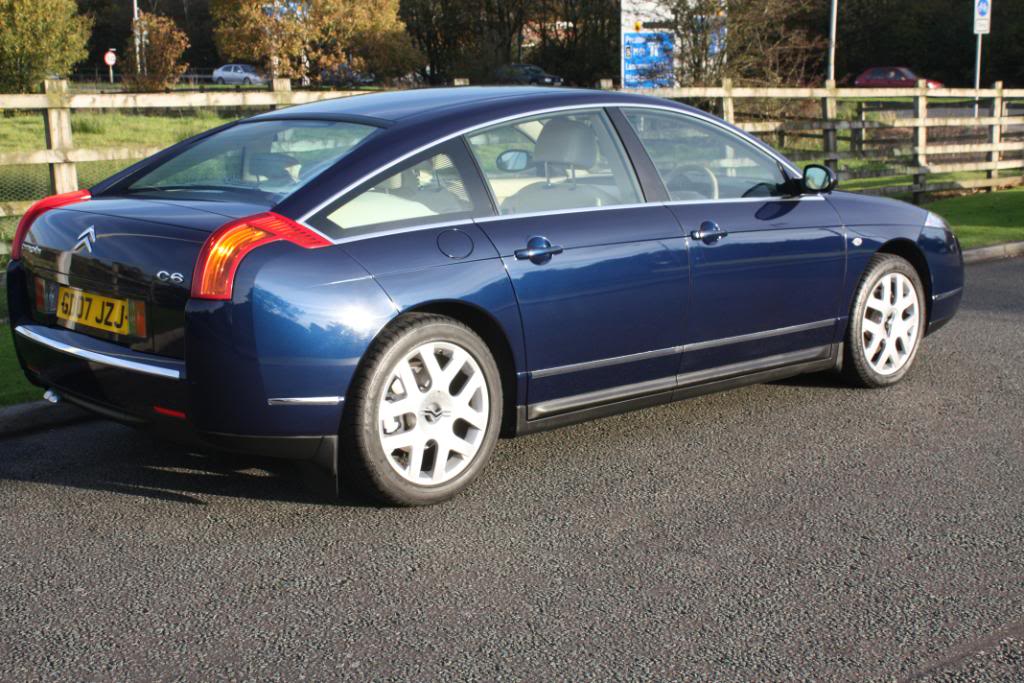 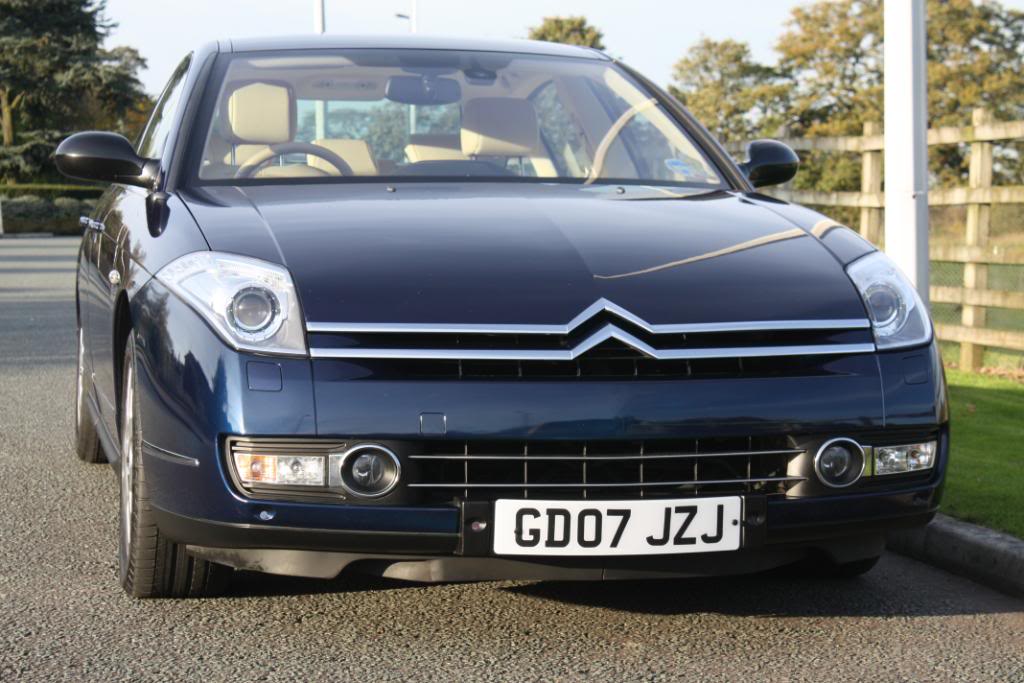