I totally agree with what David says about Disco 3 electrics, we had a couple of brand new ones at work to be used for mild off-roading but they were continually broken due to electrical problems with the rear axle.
Top

My brother in law has had Land Rover's for a good few years, mainly Discovery 1's and 2's. He looked for a Discovery 3 in Autumn 2010 and was advised by the dealer to steer clear of it as the ones he was looking at were out of warranty. The dealer said that the electrics are the main cause of problems are the mechanicals are great.

He bought a 60k miles Discovery 2 TD5 instead.

If you get a good one, great, if not it'll cost a lot unfortunately.

For example... I got a picture message from a mate of mine who works in Guy Salmon in Stockport... It was of a Discovery 3 body lifted 10 feet in the air with the chassis and running gear still sitting on the floor.

When I asked him what it was having done he replied "Fuel pump replacement!".....

I see now there's a company in Preston specialising in D3 body off repairs for £2k.

They are lovely cars, I'd have one in a heart beat if I wasn't so scared of them!

I'm not trying to put you off as they've probably got an unfair reputation like the XM's had but if they do go wrong they could cost a fortune.

You must be 'puddled' (sorry couldn't resist)

I can see where that might be a bit of a down side, in a C6 even if the suspension was in high. To be honest I know very little about that sort of thing it just doesn't appeal to me, but each to there own. Strangely enough though I was watching an old Top Gear last night, the one with the Terrios done up like a fox.

so I'll top it up tomorrow morning when the car is on level ground.
Top

Well, Took a leaf from Vince's book and aquired some Autoglym Resin Polish from Fleabay, bargain price of £9.50 for a litre. So I thought I'd give it a trial this morning, the results, well judge for yourselves...... 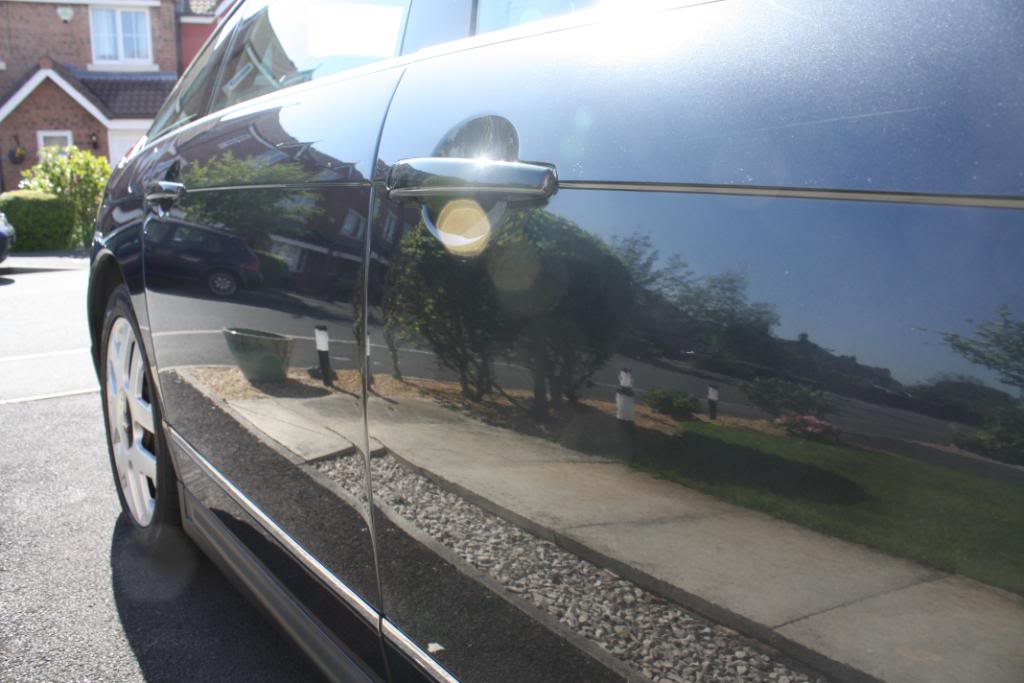 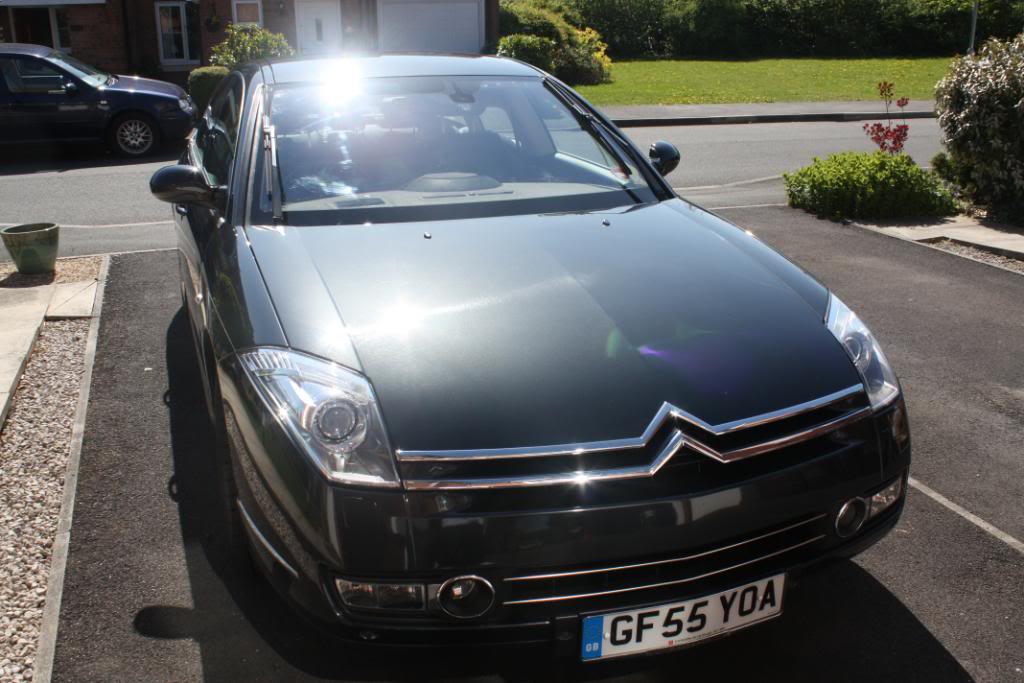 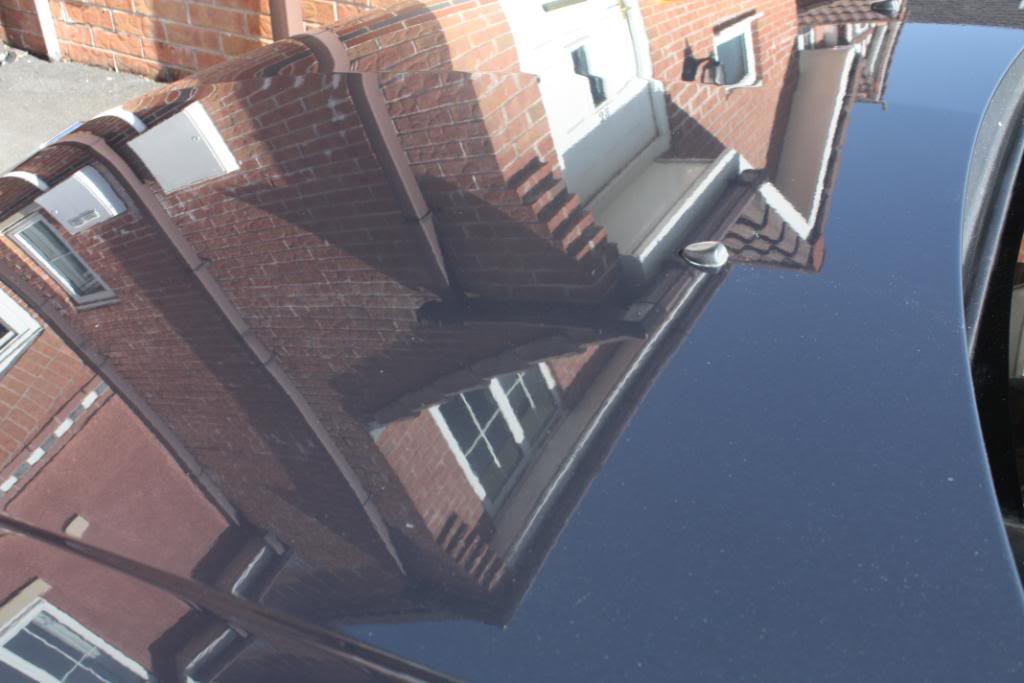 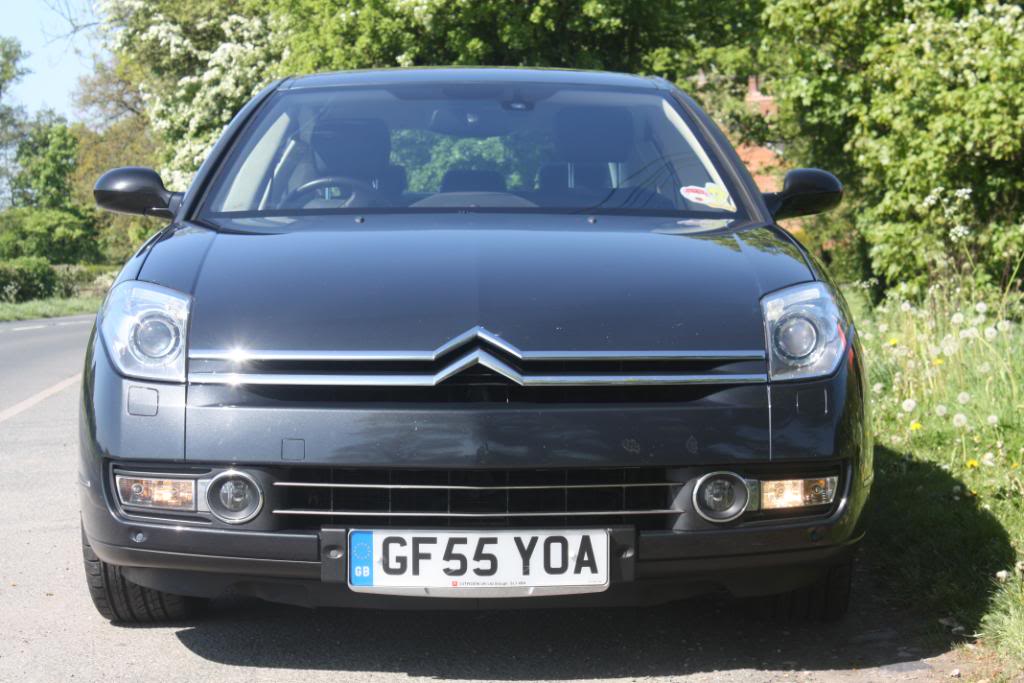 I've got to say that I'm well CHUFFED, only down side is that SWMBO want's me to use it on her Corsa, wonder where I put the turtle wax.....

Been busy this week, Took the youngest nephew nephew to see his mate in Market Drayton, then got a phone call to ask if I could another nephew, from Brize Norton.

Been having a look at getting the wheels powder coated, but I don't like some of the prices. I've also found a broken clip under the bonnet, so need to get that ordered along with new boot chevrons as one of them has lost part of the chrome.
Top

DHallworth wrote:There were three reason they dropped the 2.7 in the D3 and moved to the 3.0 in the D4:

the real reason why they dropped the 2.7 was because it was not euro 5 (is it)) compliant and couldnt be developed further. Hence the awfull co2 and high tax

psa had the new v6 ready to replace the 2.7. . A newer much better design ready for euro 5 emissions..

Well, busy couple of weeks recently, took one of the nephew's and his girlfriend down to Market Drayton to see one of their mates, whilst there I got a phone call from SWMBO to ask if Brize Norton is any where near where I was? closer than home was my response.

"Oh, I don't suppose you could nip down there and pick Jack up, only he's landed there and has no money and no card" (and obviously no phone so he could have rung and told us

) So off we set. In total about 9 hours driving and 470 miles I arrived home, the only snag, those flaming variable speed camera's around Birmingham

Anyway, a good journey throughout, spoted a couple of XM's, 5 or 6 Xantia's and a white BX estate.

ona side note, I found this on the twitter, which should solve Will's (KP) problem of a PSA 4X4

Love the look of that

wonder how it rides lol!

Did you manage that trip on one tank?
Top

KP wrote:Love the look of that

wonder how it rides lol!

Did you manage that trip on one tank?

I did and still had a quarter of a tank, it wasn't until i got home i thought of reseting the tripometer

I'm curious what the car did.
Top

KP wrote:It must have been getting drunk on the air in the dizzying heights of the hills

Oh, is that was that what those small bumps were??

I'm not surprised David, I'll be more than happy to refresh your memory on Sunday if you'd like

Well, It's been a while since I wrote anything, so thought I better get my bum in gear

I've co-opted onto a project at work that has seen me travelling the country, and thankfully some of it driving instead of the train, I was in Stoke-on-Trent on Friday at 5am

). Tomorrow see's me in London (train) but next week see's me in Penrith, Oxenholme and Lancaster (driving

Saturday, saw the 'old man' and I driving over to Sunderland in his current C5 Estate to collect his newer C5 Estate, I still don't why he bought it from there when he live's in Southport

anyway, in kick's the curse of the red Citroen, driving out of the garage, the 'old man' decides that we will fill up his new toy at the petrol station, on the other side of the hill, (4p a litre cheaper). Going up the hill it stops, blaze of lights on the dash board manage to stear it into the bus lane and pop the bonnet, check everything over, and it looks like fuel stravation (read 'lack thereof

The 'old man' then decides the best thing to do is tow it to the petrol station, so tow rope attached, we're just setting off when along come's plod

who being the helpful sort for a change, stopped the traffic and allowed us to pull out

and off we go.

Arriving at the petrol and relieving the 'old man' of thirty quid to get us back, off we set, except (re-enter the curse) now we have a flat battery, and.....oh yes....you've guessed no jump leads....another £18 later and off we set part three.

The C6 mean while is due for MOT and servie next month, otherwise happy motoring
Top

Where did he buy it?

Didn't notice any red C5s when I was there on Saturday, just a silver estate that has been there a while, 55 reg IIRC.
Top

I'm surprised you didn't steer him toward a C6 Steve