It could be either Tim although Richard and I checked, as far as we could, the sensor wiring and checking it was receiving a heating supply...

A swap of ECU has to be worth a go. Else, I do know of someone who might be able to put you in touch with a mob who can test/repair yours. The person in question had a duff ECU on his 1.8 and had it very successfully repaired...

At least then you have a level playing field to continue along...
Top

lets hope so Jim, ive owned two Xantias in my life time and both have been unreliable money pits with stupid electrical faults and the dreaded heater matrix!


One things for sure I wont ever buy another one!

tim leech wrote: One things for sure I wont ever buy another one!

They are not unreliable money pits at all, i should know ive got one of the most theoreticaly unreliable xants money can buy lol, yours just happens to have a fault which so far hass eluded capture, it will be a simple fix when you do find it, all these stupid niggling faults are.

Indeed, I agree with the above! I can see your reasoning though Tim what with yours being unfortunately a car with a niggling fault...

Deanxm wrote:They are not unreliable money pits at all, i should know ive got one of the most theoreticaly unreliable xants money can buy lol, yours just happens to have a fault which so far hass eluded capture, it will be a simple fix when you do find it, all these stupid niggling faults are.


Your a better man than I am if you can get it running right then, ive owned over 30 BX's and never had this kind of hassle with them. I just think the older the car gets with more sensors and ecu's the more liable they are to give trouble, give me a carb any day!
Top

tim leech wrote: give me a carb any day!

Good luck to you with that theory Tim, carburettors (just like traditional distributors) are a pile of poo that are knackered by 50k miles hence why electronic fuel injection and distrubutorless ignition was brought in to reduce emissions and improve efficiency. BX's are from a different and very polluting era which allows them to pass MOT's but will be way off performing to original their standard as in many of their original horses will have bolted.

As for BX's being reliable I could refer you to my BIL's Digit, bloody thing was a pile of poo which ran so rich consumption was in single figures, oh and then there as the brand new 1.6 RS estate my old girlfriend had which caused us to become on first name terms with the local AA rescue drivers,,,,
Top

Maybe ive just been lucky, the solex carburetors on BX's are troublesome, but once set up correctly seem to be fine. My Mk1 GT starts first time every time and is quite frugal, I do admit that modern technology does make things more frugal, reposonsive and meets stricter regulations but are (as is proved) more difficult to diagnose and fix for the home mechanic such as myself,
Top

I found that the Solex on my BXs was fine for years, then wear became critical. Fuel consumption went up, power went down, tuning had less and less effect. Eventually I got sick of the constant breakdowns (fidding with carb on roadside) and fitted a Weber. Win-win. More power, more economy.

I've put about 90,000 miles on my Xantia now. Its a base model 1.8i LX, originally registered to P & O Roadways with about another 6 owners between them and me! Although I have a bit of hassle with brakes and suspension, I can honestly say that the donk has been 100% reliable. It starts 1st time, every time, pulls pretty well although it is a tad underpowered if I'm honest and just keeps on going. My BX16 with basically the same engine blew its head gasket at 120k, no worries with this one!

Having said that, a nice Mk1 BX16TRS would suit me to the ground.

Suspension and brakes on mine are A1 and show the BX up in many ways although they are rather too sharp sometimes, I just want it to drive like it did many years ago when it was smooth, torquey and surprisingly nippy!
Top 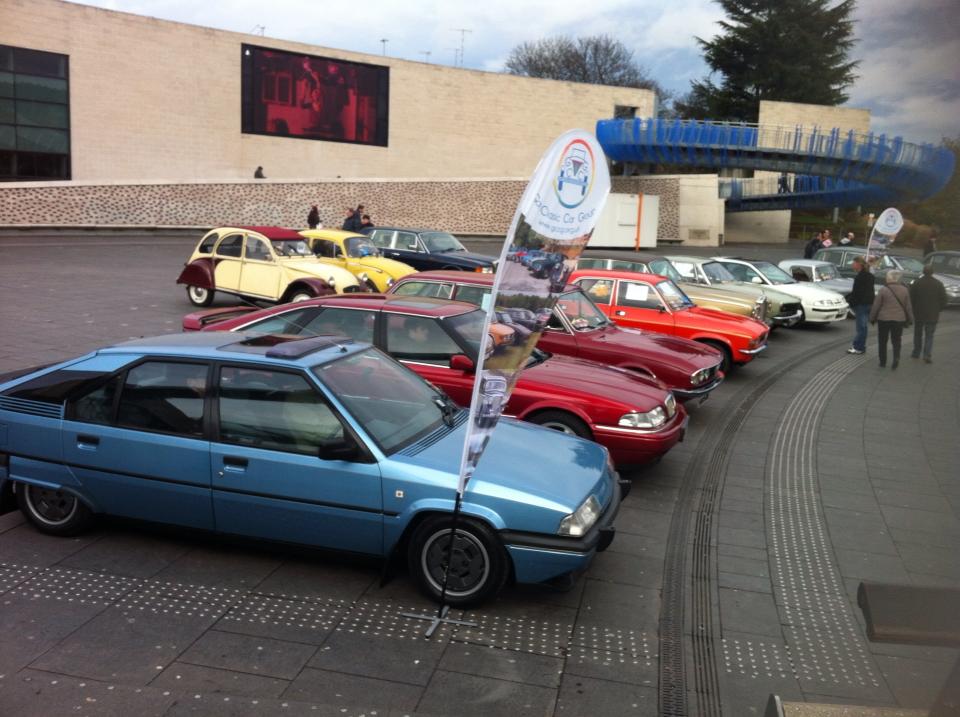 WTF has attended two Motoring Museums in a week, today the GCCG displayed their cars at the Coventry Motor Museum, a great day out, plus we blagged a ride up to the secret store 5 miles away which was fabulous, and far more fun than the museum itself.

She stood proud with lots of british metal, Rolls Royces and a like and there was a few kind comments more along the lines of "what a lovely colour" and "how clean is that"

With 4 up and some long winding climbs on the way home I will be glad of the TCT if an when its fitted!

They're right, it is a lovely colour

I don't know Tim, there are a lot of 24 year olds I think are in pretty good shape

Well blagged that, are you allowed to share photos?
Top

red_dwarfers wrote:I don't know Tim, there are a lot of 24 year olds I think are in pretty good shape

Ah, I wondered where all those extra cars on your FB page were sat, I thought I had missed something on my visit

WTF looks excellent, will go nicely once its got TCT power too