Unsure if this one can be saved or no, seems like an LHM leak has degraded some of the rubber. 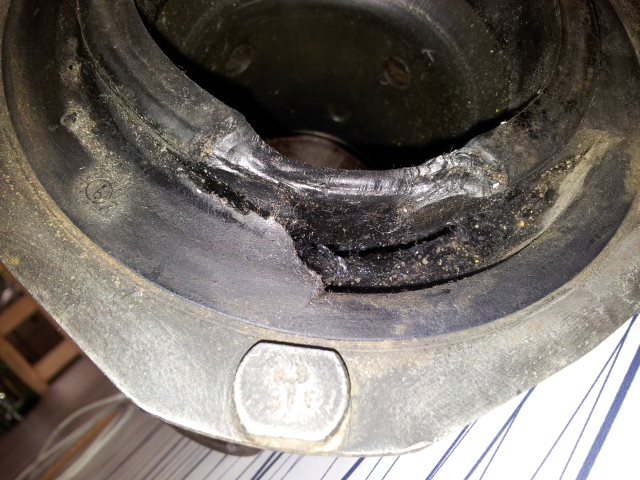 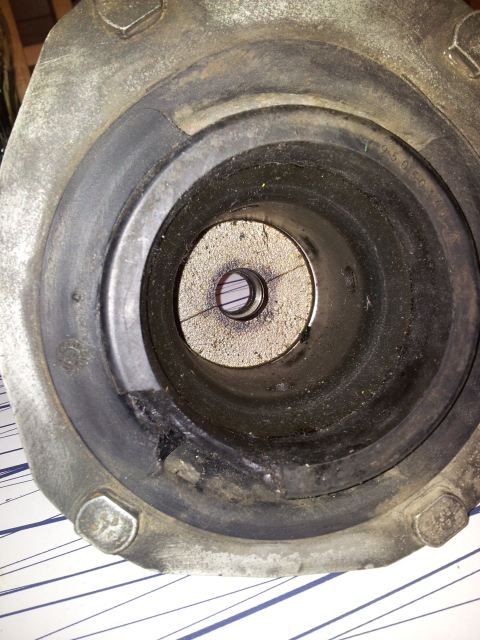 The base plate has not rust as it came from the south of france.
Top 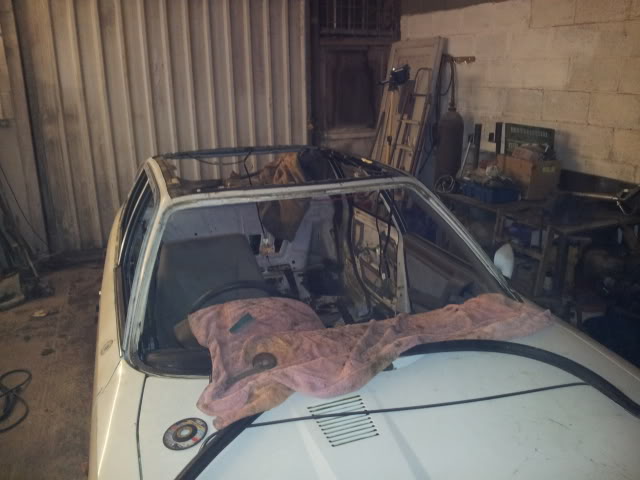 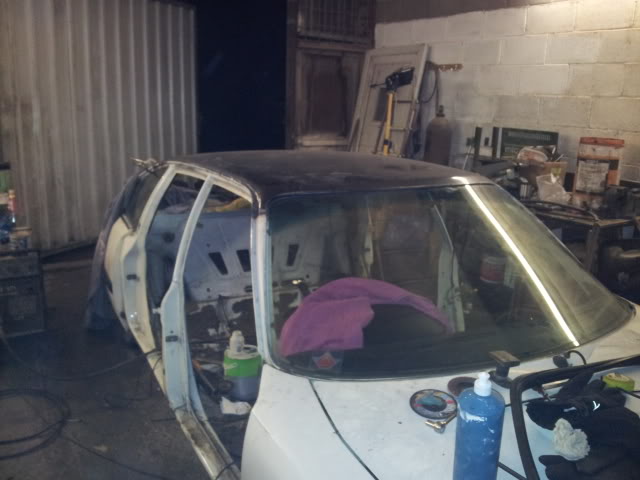 Ahh! You re-roofing the CX then Dave?

Fingers crossed the windscreen goes in alright, I know of one CX with such roof treatment that got through two screens due to the roof being ever so slightly off causing them to crack when fitting...

Please say you're going to leave the roof black with visible welds?!!

Definitely further the look of the car, unless you're moving away from that...

That is progress Dave!

Lol it will be having a full respray and all welding taken care of over the coming months!
This is some week off work, i ache all over! Lots of grinding!
We tested the fit by putting in the screen when the roof was tacked in and the gap was consistent.fingers crossed it should line up perfectly! More pictures when i remember to take them2 morro!
She won't be concourse but will be damn solid and useable! She should also be getting a galvanised rear sub frame about 5 years too late!
Dave
Top 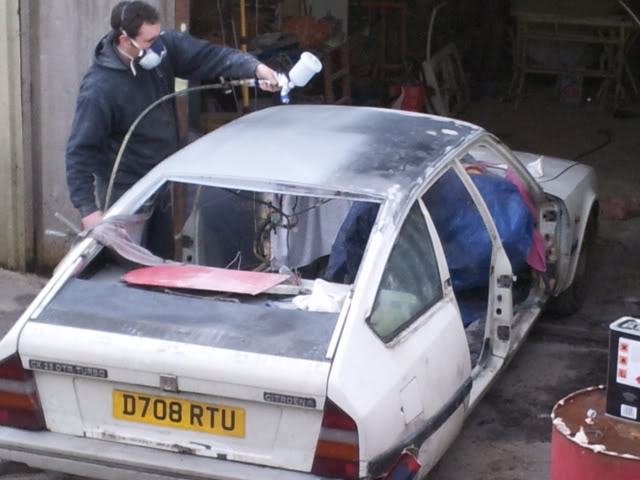 After a week of hard work the Cx is re-roofed and the roof in primer.
If I do say so myself it looks damn good even in primer! the joins are difficult to spot of you are not looking for them.
Much Much more to do including the full respray new rear sub-frame and leather interior to go in.
Not to mention a touch of welding to a few areas!
The car will be un-recognisable by CXM! (well actually will look pretty similar as its staying white but you will see what I mean I hope!)
Top

You'll have best CX of the show Dave

That is quite some undertaking!
Top

Dave, that's all wonderful to see and brilliant to see so much love being lavished on the CX. can't wait to see it at a show...
Top

Wow. It must be quite daunting taking the roof off a car - one that isn't going to be scrapped, and infact, re-roofed!

I admire the work put in.
Top

In getting Xm ready for the MOT I've started a few jobs. I finally got around to fixing the washer jets! its only taken about 11 months since the last MOT...

I replaced the drivers side jet with a second hand one. and replaced the brittle plastic supply piping with some rubber stuff which is much better! 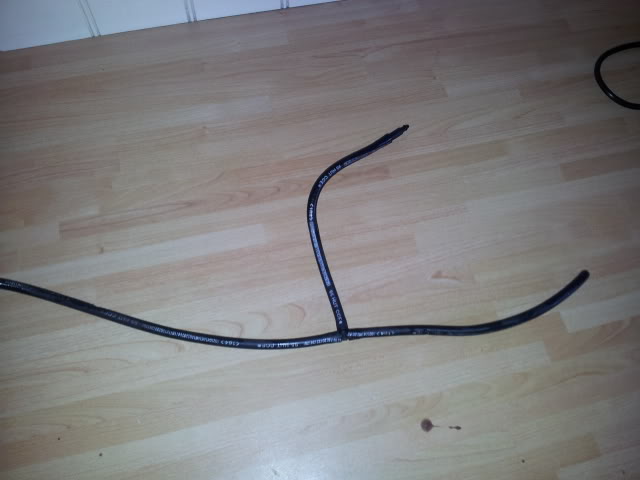 I had an absolutely awful wheel wobble which turned out to be a knackered wheel/ possibly buckled alloy. If the steering wheel was left alone it was like someone else was trying to steer the car.
Also had a bit of a fight replacing a ball joint. Just 2 years after doing it! I have decided where possible to use genuine Citroen parts as I cant be doing with the hassle of replacing them that often.
Ive still got the other side to do so maybe later this week...

The Xantia has gone to car heaven- giving me more time to focus on the Cx and Xm I hope. The Xm has tested me recently and I have been tempted to chuck it in and get an MR2 or the like!

I finally managed to fix the Lexia after it being out of action for some time. It was a massive PITA, and is now running on my windows 7 laptop inside a virtual machine running Xp, but it is running well and I have used it to read the car today.

I also got a couple of bits of plastic sprayed for the Cx as the interior is changing from grey to black which is a bit of a mission! 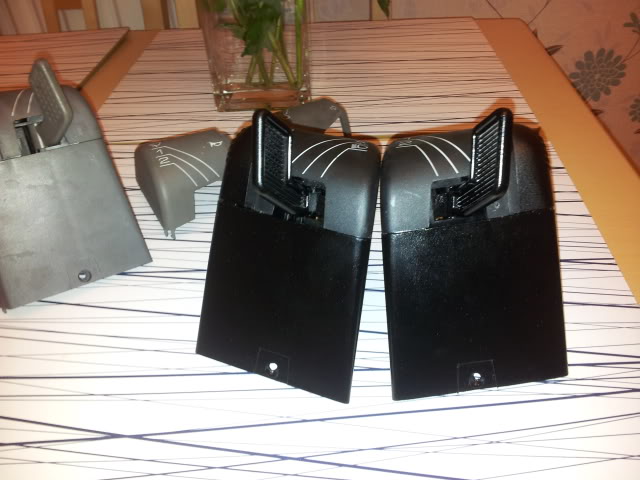 I'm really pleased with how they came out, they used to be grey like the one in the background.

I have also got the alloys lined up for the Cx... they need refurbing bit will look awesome! 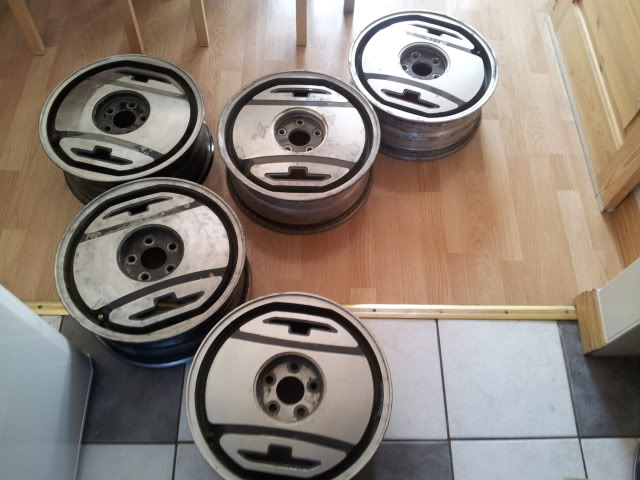 There seems to be so much overtime at work that I am not having much time to work on the cars at the moment. This friday ill be replacing both Cv boots on my brothers Peugeot 106 which he is hoping to bring to a rally this year. I keep telling him he may as well come in my car! I'm sure the fuel bill will put him off anyway.
Top

Those plastics look great, did you do those yourself? How are the white light signs done, decals?

Those wheels will look great, are you polishing them up to have a chrome effect?
Top

Well I cheated somewhat with the bit with the white markings on, in that I managed to buy those from stan platts, so its just the housing and switches that I painted black, really surprisingly easy to DIY You can see the slight difference in blacks, the faded bit I did not do. I think once I put some silicon shiny stuff on it will all look the same.

The alloys whilst I like the original look ie machined I think I'm going to get them painted and lacquered as it looks good and is more durable. A couple of them have obviously had this done in the past and look much better than their machined counter parts.
Top
Messages: 601