Shame a lot of them are kept in such poor conditions though, sat in a field is not the best way to store a car!

He is very well into Citroens, that much is obvious.

Funny that, when i was there in 2008, he said he wanted to start doing more with CXs and not so much XMs. His plan is obviously a long one

He needs more barns to keep them safe. I too could have spent ages just looking around!
Im glad i didnt pay that kind of price for the car, but I did get it with a rather large list of failures!

Need to replace some of the rustly looking pipes too, long grass doesnt do them any good

Yes, i can imagine they are too far gone, they looked past it then. Did you notice, as you got further back towards the fields, the cars got older and worse?

A couple of Ds had been there around 20 years, they looked a bit sorry for themselves! Probably just turn to dust if you tried to pull them out.

I got the impression that at the time he thought most only needed a quick wash and they would be fine. I know a few cars i saw sat amongst the weeds have appeared on ebay, both for breaking and running.
Top

...I believe that this DTR was spotted out and about today Dave!

It was indeed, its currently the daily drive, I had a chat with your dad earlier!
Apparently not the first time he has seen the car either! He saw it about 5 years ago when it was originaly traded in with Roger i think?
Top

Correct!
I couldn't believe it when he said he'd seen a CX out and about...then I twigged it was you as I remember you getting the MOT and you sometimes come to March.

Good to see a CX being used daily too!

IT got the MOT in March at the garage, and has been parked at various places in march all week! However its now in norwich again.
Top

Have been working on the xm a bit today, it now has its nose pointed skyward as its on axle stands!

I think i have found the source of the banging, the droplink i removed had certainly passed its buggered by date.
Hopefuly with a new one, things should quiet down.

I have taken the arm off and have found that the bushes appear to be in pretty good order, im now wondering if I should replace them as its off, or put it back on as it is! Any thoughts?

I bought a sealey lower ball joint remover kit for citroen/ peugeot, and can confrim it is rubbish as it doesnt fit!

Heres the strut assembly before cleaning 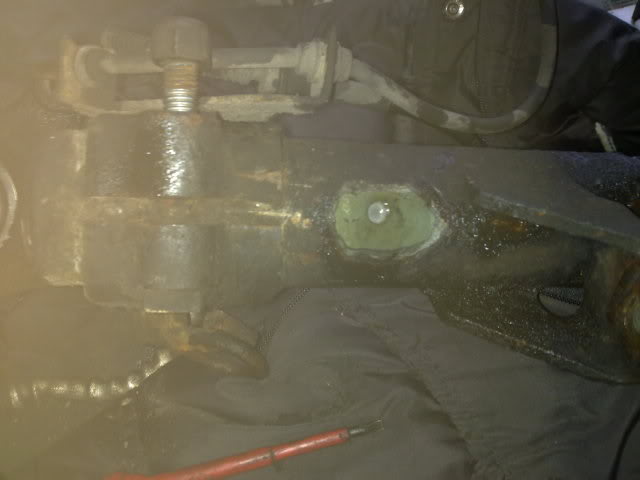 Heres some of the cleaning happening, I really need a work shop, chloe is not terribly impressed with this happening in the dinning room... 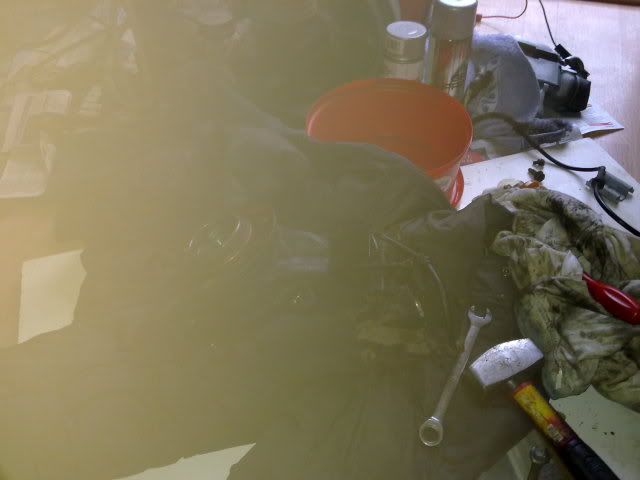 Heres the arm having been cleaned and sprayed. 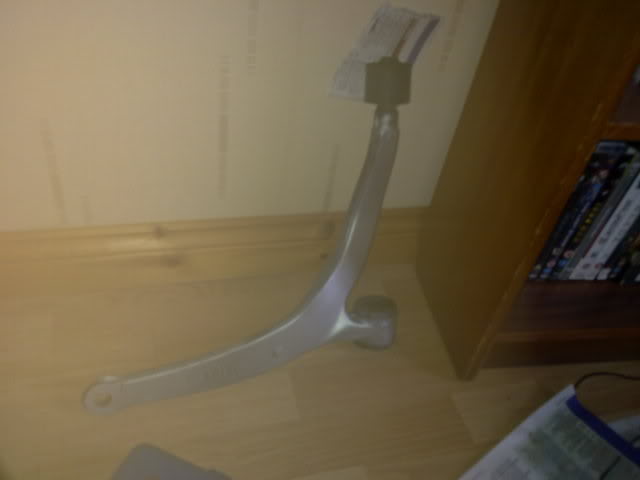 And the hub/strut assembly having been disassembled, cleaned and put back together. 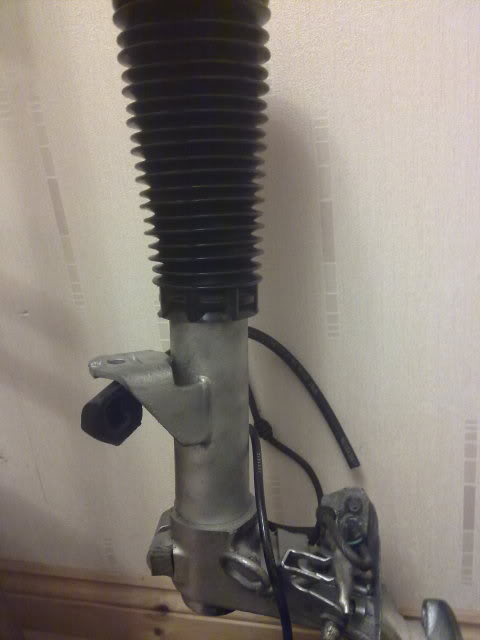 Now to find the time to fit it bck to the car and do the same on the other side!
Top

I managed to get the steering ram off after alot of fighting. 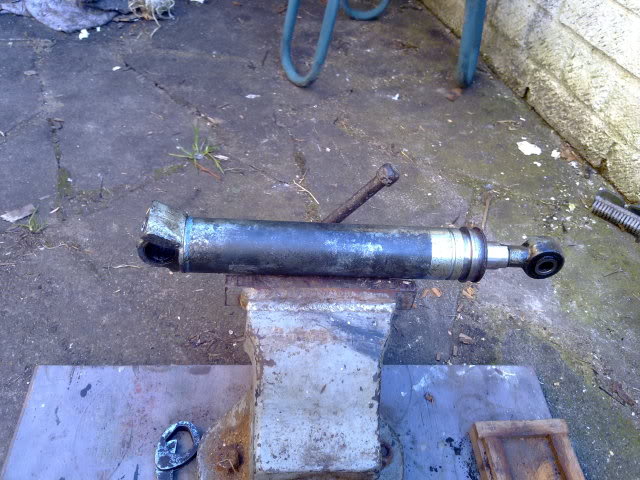 I found that the on one part the bush practically fell out as the rubber had disintergrated!

And heres the new one waiting to go in... 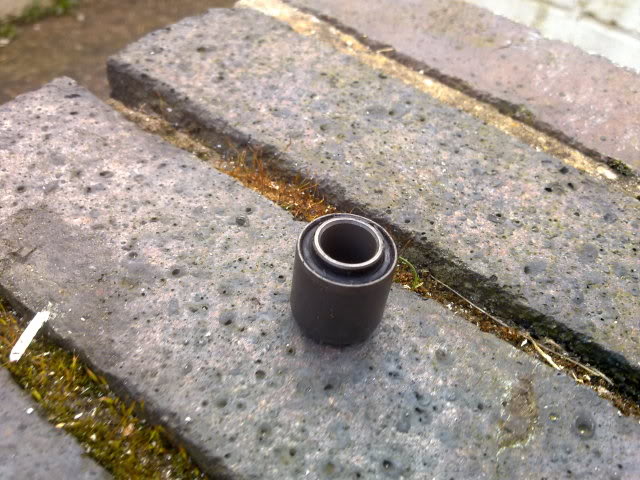 And guess what... its too small.
Apparently this bush is used on alot of cars, including the mk1 xm, yet on the mk2 to they incresed the bush size, and the later size is not available.

However the earlier size bush will fit inside the outer shell of the old one perfectly! 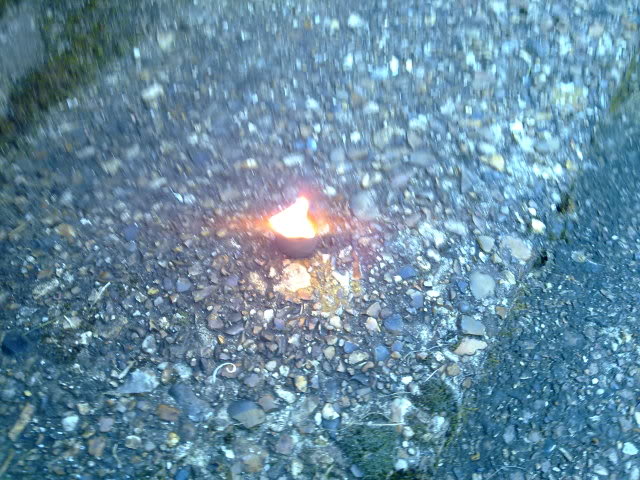 Excellent, bush done, now to fit new gaitor on the end and seal the ram then job done.... 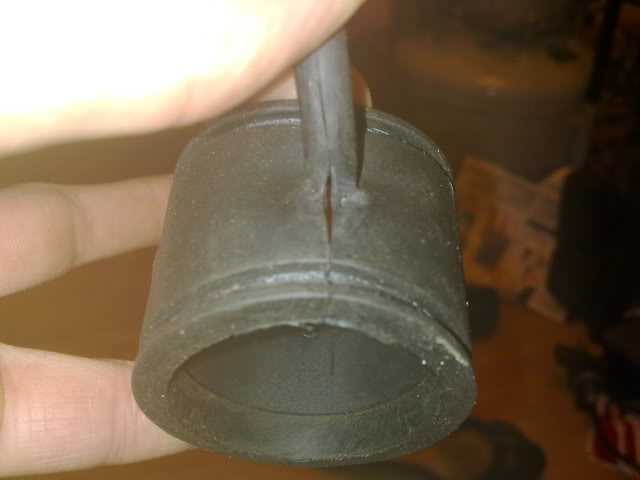 Ahh, the brand new one is pre split for me

Thats a trip to duff morgan to see if they will replace it!

Just need to replace track rod end and droplink on the near side then im done!
Just got a 2.1 estate to break now....
Top

Went to duff morgan today and they are going to swap the part for a good one, which is good news! 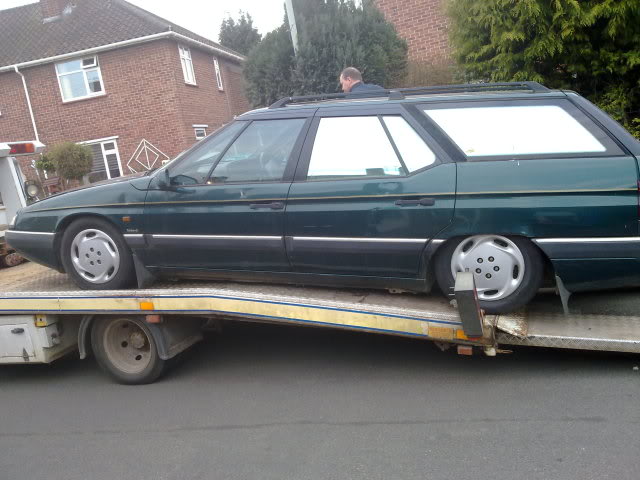 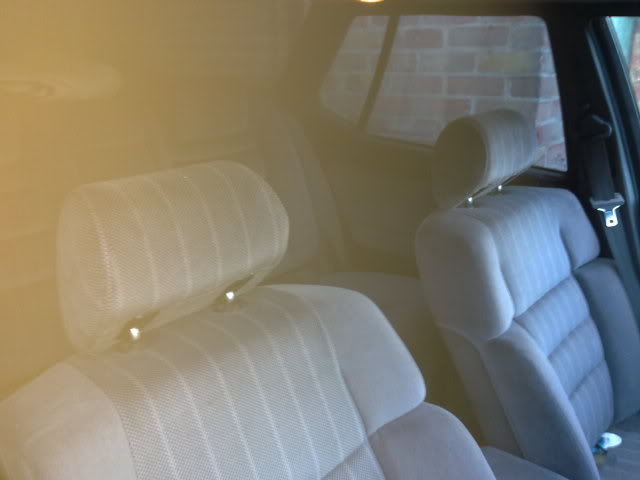 Its a 2.1td xm estate, I got it to break, but now as chloé feared I am dithering about destroying it!

The problem is that the head gasket is in technical terms, buggered.

Although it still starts and drives fine (though the auto box oil would need an urgent change.)

Thats the thing, ive got projects coming out of my ears!
Top

Then break it, i dont want to be the nasty one but you cant save them all and the body doesnt look like the best, there seems to be a few dents here and there.....
I had the same thing with my Estate, deciding if i should repair it or not but in the end it made sense to break it and im glad i did.

Im sure you have more worthwhile projects to be putting your time and money into, like your current XM or fleet of CX's

Then again, breaking a car for parts also has its advantages. It depends on the space you have, but you could defer making a decision, unless you need to rob bits off it for the other XM.
Top
Messages: 601