Well ive had quite a productive day with the XM.

The turbo is now working properly and consistently, it pulls like a train now. Im very impressed that I got the turbo working, that is a major tick off my list. After my earlier post I went back out and did some more freeing of the wastegate lever, it was quite free by then but its much better now and has not stuck again. Ill see how that goes over the next few uses of the car. Oddly enough the car is much happier at pulling away from rest now, its not the slug it was this morning.

Andrew, im sure that is sometimes the case. However the wastegate lever was so badly stuck that it took me a lot of force and time to be able to move it at first. It was jammed tight in almost the fully open position.

I also checked the spark plugs but they were fine, nice and clean and not worn, they don't look that old. I replaced the air filter too. I then set about checking the tracking, which was about right but the steering wheel was to one side slightly. I fiddled with the tracking until it and the wheel was right.

I had a spare tow eye cover but in Mandarin Red, so I painted that black and it turned out very well indeed. 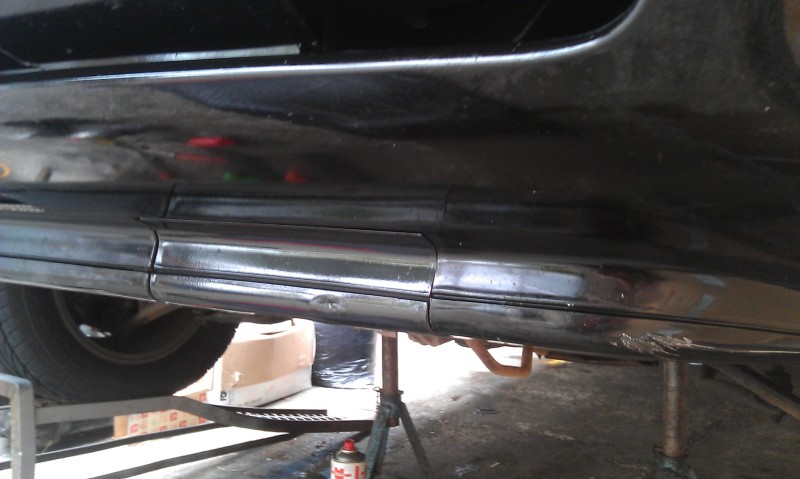 I then swapped over one of the front indicator/fog lights for a much better one, which I already had. How the fog light was working I have no idea, the connections were rusted together.
As the lower bumper lip had suffered quite a lot of scuffs and chips and seeing how well my tow eye cover turned out, I thought why not, Ill paint the bottom bumper lip. It looked much better with a fresh coat of paint and no more scratches and chips. I wouldn't ever attempt painting bumpers usually, but as the front of this car was looking very shabby due to scuffs and also previous attempts at spraying I didn't really have much to lose, especially as Ill get getting it to a bodyshop at some point to have a proper job done. So took the opportunity to have a bash at it.

However, I then thought I might as well do the scruffy bumper rub strip, as its rough looking and can't get anyworse. The corners have been badly filled with filler in the past and it was flaking off. I sanded it back slightly and did an attempt at preparing the bumper for paint. After a couple of coats it was looking much better and the finish slightly imrpoved too. Im quite pleased with that. I should have sanded back the NS corner a bit better, but at least it has paint on it now! 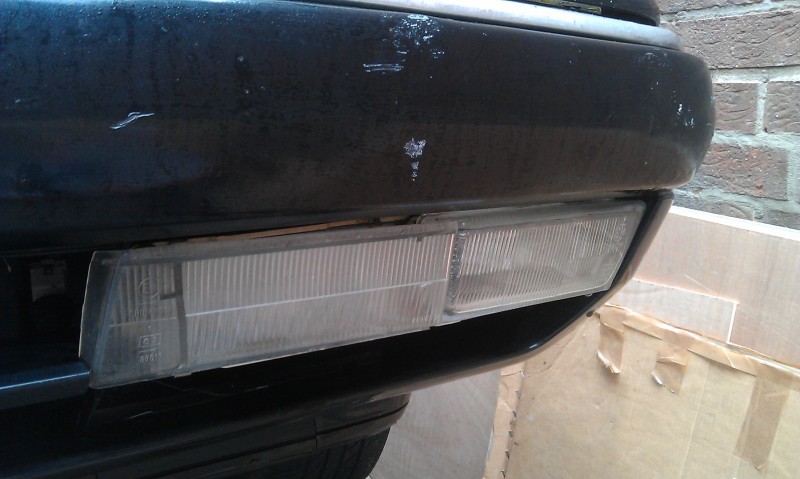 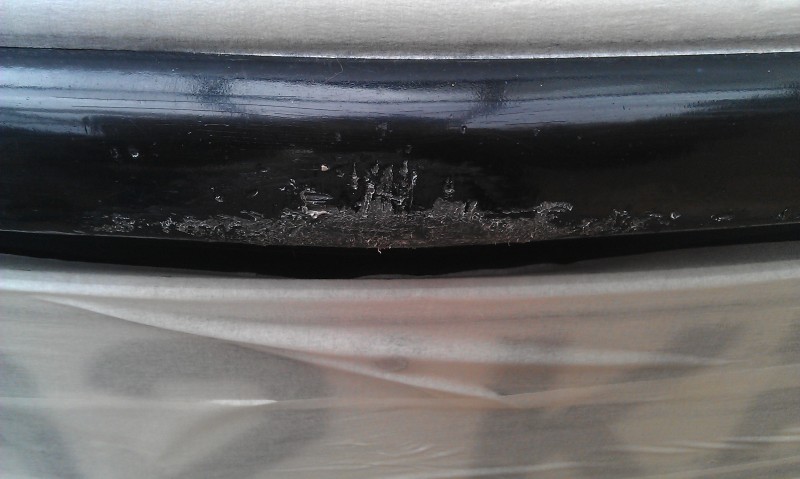 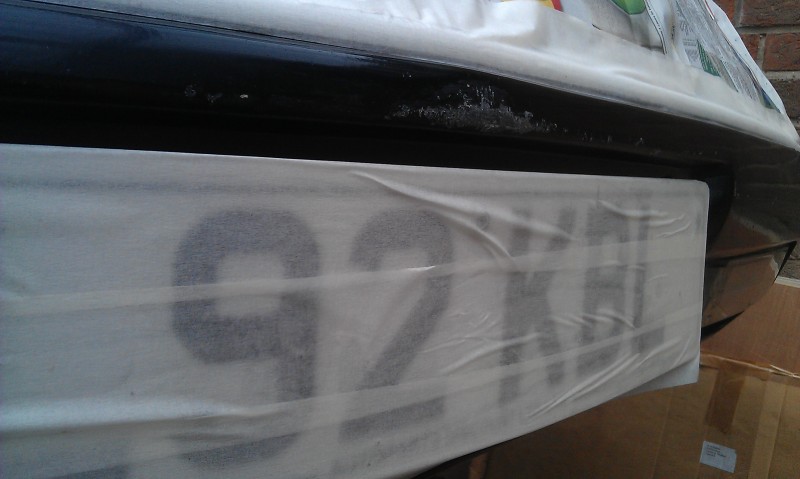 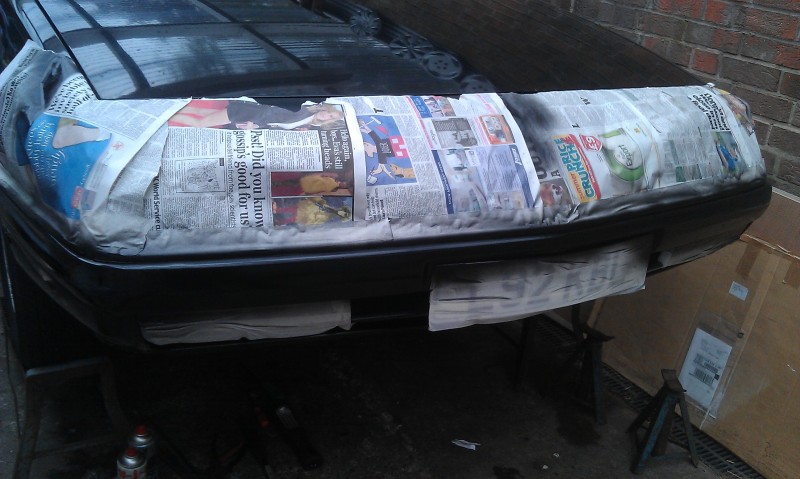 At this stage the dull nose cone was letting the front down, Im not up to painting that myself so set about with some cutting polish. It came up very well and has some shine about it now. The runs in the paint from someone previous attempt are obviously still there, but its much more tidy looking now. 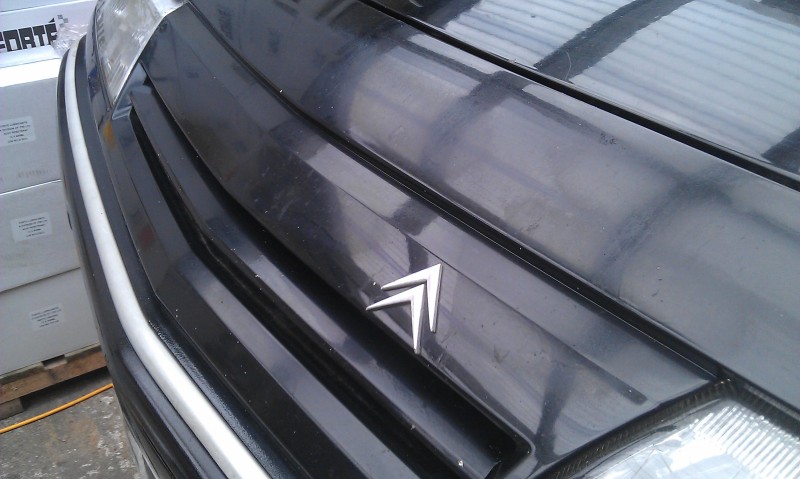 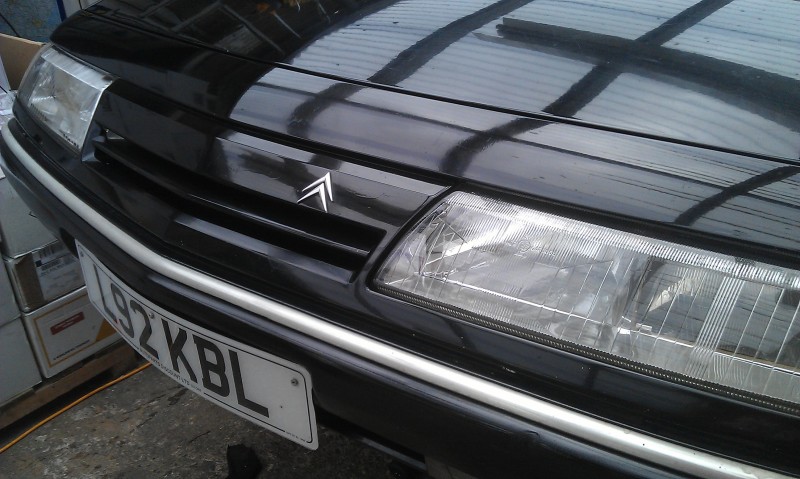 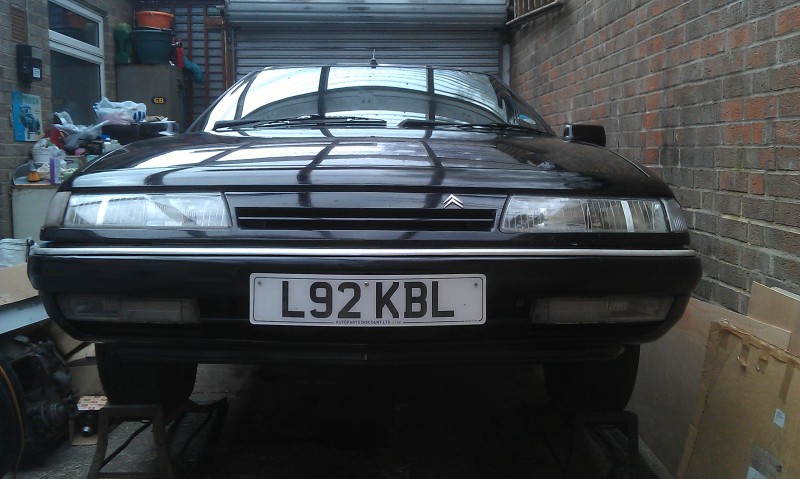 A front OS sidelight unit is on my list of things to get.

The car will go into a bodyshop at some point and have the front end resprayed and the dent in the rear wing repaired too. So this is just a temporary fix until then, its looking much smarter for now though.

The next jobs will be a geabox oil and filter change and to send the speedo cable away to speedycables for them to make up a new one. Its coming along nicely

Im off to wales for the week on Saturday, then to the DSM the following weekend and back home on the Sunday. That might be something like 800 miles, plus. I am very tempted to take the Prestige

First of all congrats on the purchase! I'm envious

It's already looking a lot better,you've made good progress so far

Did you spray the front with a compressor or did you use a few of the made up cans?
Top

That's coming along a treat Chris

She's going to be a minter very soon!
Top

Does your absence also mean you will not be attending the 2CVGB Local meeting on Tuesday? We're trying to get as many 2CVs the as possible (maybe 4!)
Top

It is coming along nicely and going very well. I have done over 600 miles in it since Friday! I'm currently down in Shrewsbury, well in a tiny village, staying in a nice little cottage. I'm just sat in the XM outside a pub pinching a bit of wireless

There is something not quite right still, the turbo works fine but it sometimes puts up the engine management light at 3000rpm and restricts performance. However, get it past there and it performes again, really taking offat about 4000rpm. Sounds like a sensor to me. I'm wondering, will anyone going tithe DSM have their Lexia with them? I've not done an S1 XM before and I can't get mine to talk to the car. It would be much appriciated if someone could demonstrate it

No doubt it will be doing many more miles before the week is out, a trip to Anglesey and back, then on to Little Horwood for the DSM and back home, there's a good 600 miles without any touring about! We do have our C5 estate along for the trip too though.

The progress has not stopped with the XM, I have spent some of this very rainy day feeding the Leather seats, and I'm now sat on some very tidy looking old cows ...

its brought the leather up a treat, I'm well impressed. I've also brought some cleaning stuff, polish and such to clean it too, however this rain seems set for the week, so it might well have to go to the DSM filthy! I was hoping to spent a bit of time removing a few of its many swirls ...

today i had a run down to Worcester in the XM to delivery two Big 6 Traction gearboxes, which must weigh something like12, plus, stone each, it really is a struggle for two people to lift one. However being a hydraulic Citroen it was like driving with an empty car. For the journey down yesterday it was also crammed it's luggage. From my rough calculations it did about 25 MPG yesterday, that's not too bad considering the weight in the car and cars always return worse mpg when running on LPG. To do 220 miles it cost me about £29, not too bad!

Thanks Jim, I hope so, I'm starting to like this XM more and more

Dave, it was just a spray can I use, it's matched well but was only the bumper rub strip I painted. It looks much smarter but will see a body shop as the dent on the back will need to be repaired, so I will get the front done too. That won't be for a while yet, at least until the res of the car is right.

It does mean we are away for the 2cv meeting Tim, a shame to miss yet another! We will try and make the next one

I'll be at DSM with my Lexia Chris and I'll bring my two-pin diagnostic leads... I've not tried it on an S1 XM but I have done S1 XMs in the past..

The EML coming on is more than likely a boost spike taking boost above 1 bar. Check the hose to the actuator is not perished as this will result in uncontrollable boost as the wastegate will not open fully, if at all.

It is a lovely place... If you want a lovely scenic route to Anglesey, go via Welshpool, Machynlleth, Dolgellau and Blaenau Ffestiniog. You'd enjoy it even more in an Activa

It's a bit longer than going via Wrexham and Colwyn Bay but well worth it. Come back along the North coast though and marvel at the tunnels on the A55.

Are you going to see Paul (CitroenXM) whilst you're in Ynys Mon?
Top

Good progress on the Xm Chris it certainly is looking better

CitroJim wrote: Are you going to see Paul (CitroenXM) whilst you're in Ynys Mon?

That's the plan Jim, we've both got some trading to do with him

That route you mentioned, was that via Newtown or the A458/A470?

I'm making my way up tomorrow, planning on going up the Wye Valley and through Hereford.
Top

red_dwarfers wrote: That route you mentioned, was that via Newtown or the A458/A470?
.

Is it both you and Chris going to see Paul then?
Top

That sounds great Jim, if you could put it on your lexia

Yep, we are both going up to see Paul

Citroenmad wrote: Yep, we are both going up to see Paul

Going across the Menai bridge is pretty impressive too...
Top
Messages: 1849