myglaren wrote: It also looks very fragile to have to heave the weight of a car around.

The picture are deceiving Steve. The 'box is built like a brick outhouse and is actually a lot bigger than it appears in the pictures. The diff is massive.

Judging by how it is built, it should last for ever..

It is! Nothing complicated whatsoever. In fact, I reckon it's easier to pull to bits than a manual BE3 gearbox. Theres nothing to be scared of in an autobox whatsoever

The only thing that makes it at all difficult is the sheer weight of the thing. The diff and transfer gear (the one with the park pawl on it) weighs around 60Kg on its own!
Top

you mentioned earlyer a fault showing up on the LEXIA regarding a gear box solanoid, could this be the fault that is stopping the torque convertor becomming full of oil,

as i know the Cmatic box's used to have trouble with the solanoid feed wire becomming damaged, and im prety sure it used to cause a similar prolem

That's very clean inside, too. I reckon it'll be a good 'un.
Top

The 'box overall does look in good nick Adam although were it was out in the rain with the torque convertor off, a little moisture and corrosion has attacked the stator shaft and got into the very edge of the oil pump.

Not a lot done last evening due to running the junior SWMBOs around but I did get a bit done!

Malcolm, no, there was no faults recorded in the gearbox ECU except that the Lexia showed up no input shaft rotation but that's consistent with a duff oil pump. Even if none of the solenoids work on the 'box, it still has an "emergency" hydraulic-only mode that allows it to select 3rd or reverse gears only.

I stripped the oil pump last evening and heres a few pictures of it...

This first one shows the pump cover and the stator shaft. To get the cover off, it's necessary to remove all the setscrews and carefully push the stator shaft upward. It's hard to get it moving because of the cohesiveness of the oil film in the pump. 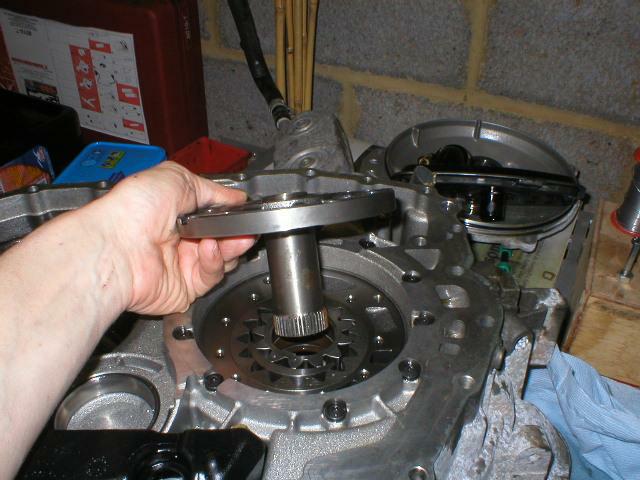 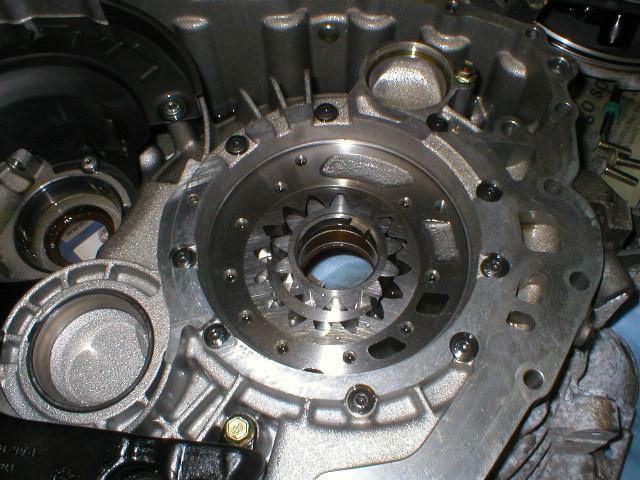 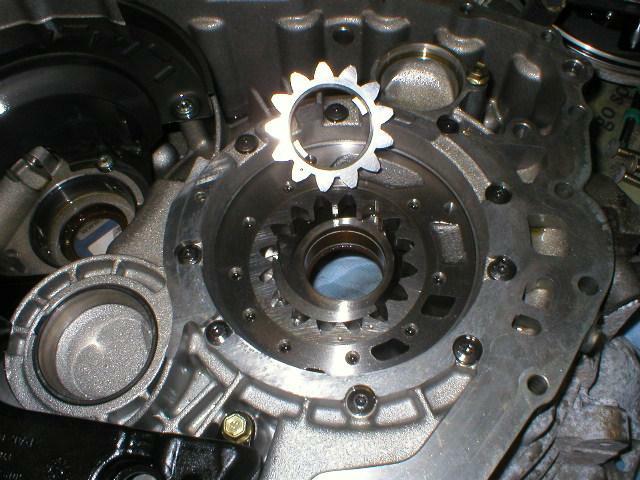 Note the small "pips" on the gears that must both face up.

Finally, in this set, a shot of some clutch plates: 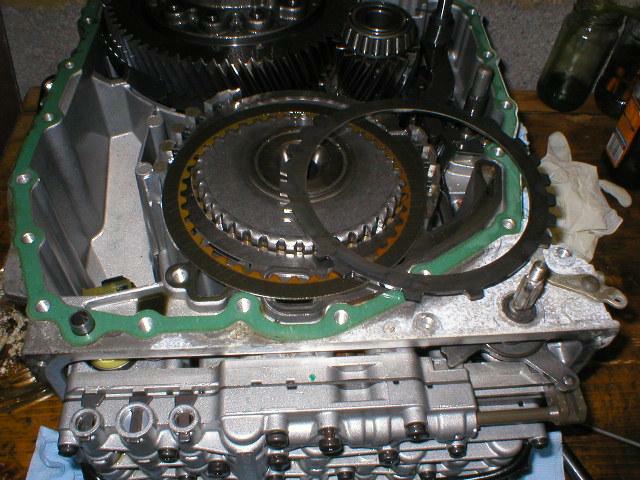 Not likely to get anything done this evening. I'm busy with the junior SWMBOs

good work Jim , never seen inside an autobox before

you have much more PERCY WHATSIT than i, keep up the good work

citronut wrote: "The gearbox ECU had a couple of stored intermittents relating to solenoid operation"

Well, today, I sat down with a stiff drink in front of me (strong tea) , took the plunge and called a company dealing in autobox spares to enquire about spares prices...

I was after an oil filter at the minimum and they're not that bad. £35 plus the dreaded. It comes with a spare valve block gasket which may suggest the filter can be got at after removing the valve block. If it is, that's a result but it'll still be tight...

A new filter and 20L of Esso LT is now on order. Honestly, the price of that stuff (£130) you'd think it was made of liquid gold. It might be, it'll account for the colour of the stuff!!!

The big green gasket between the two halves of the 'box costs nearly £20. Not sure if that's good or bad...

Anyway, more importantly, these bits have been procured from a very friendly company in Radstock, Somerset called Automatic Choice Ltd. They're happy to deal with private individuals.

Here are a couple of shots of the Torque Convertor.. 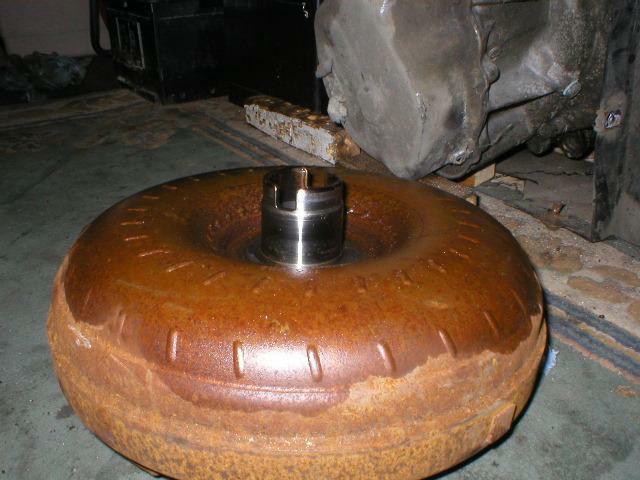 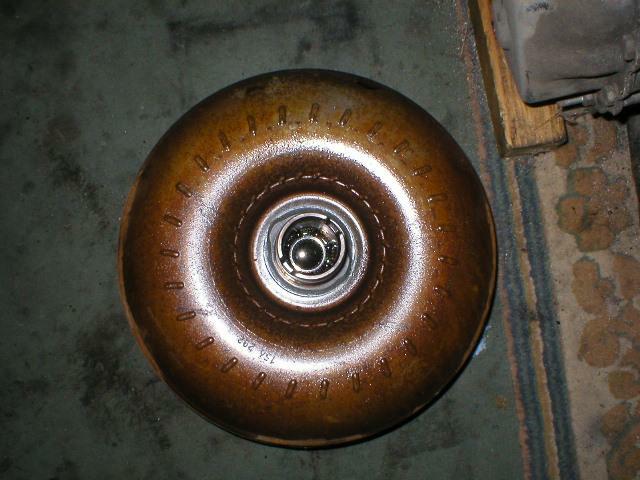 The other evening I spent some time studying how the Torque onvertor works and what the stator is all about and why it can rotate sometimes and why at other times it's prevented from rotating. Interesting.

I also worked out exactly how the lock-up clutch in the torque convertor works.
Top

Fascinating stuff! I was thinking about this earlier. Looking at that oil pump it's a substantial bit of kit - I can't see how it could fail, unless the main drive has sheared - and the fact that the box is overfilled suggests the pump has kept running to pump the TC dry. This suggest to me that the feed to the pump is blocked - either the filter, or a solenoid valve or something has got stuck and blocked the flow. The filter doens't sound that likely though, given that the oil in the box is nice and clean - be interesting to see what you find when you get the 'broken' box apart. If I was nearer, would love to come and lend a pound getting the box on the floor!
Top

A full 24 hours later than planned, I got some more gearbox work done this evening.

I stripped it a bit further and started with the valve block and found, in the process, the output speed sensor behind the block.

This view shows the Kostal connector that links the valve block to the ECU and the wire that goes to the output speed sensor. 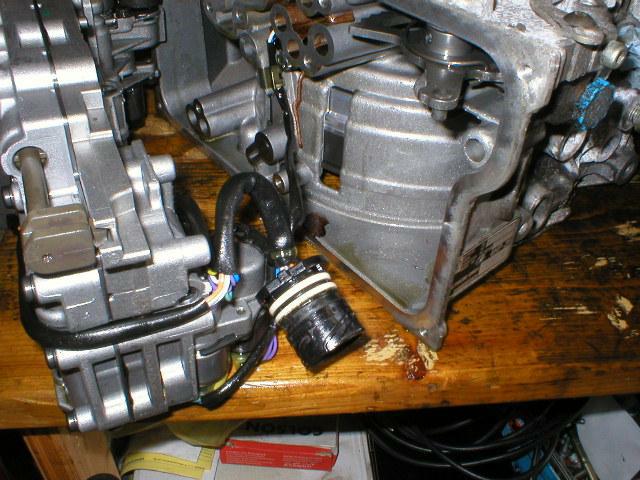 I had a reason for removing the valve block. I pondered if it was possible to get at the oil filter from behind it to enable it to be removed with the 'box in situ. Althouh you can see it, and even undo the 10mm renatining bolt, sadly it can't be wriggled out due to the length of the pickup tube

Shame really as it might otherwise have been possible to swap the filter without removing and splitting the gearbox. Oh well, it was worth a go...

I then disassembled one of the clutch-packs (a brake actually). Brakes are often bands in many autoboxes but the 4HP20 does not use brake bands at all. 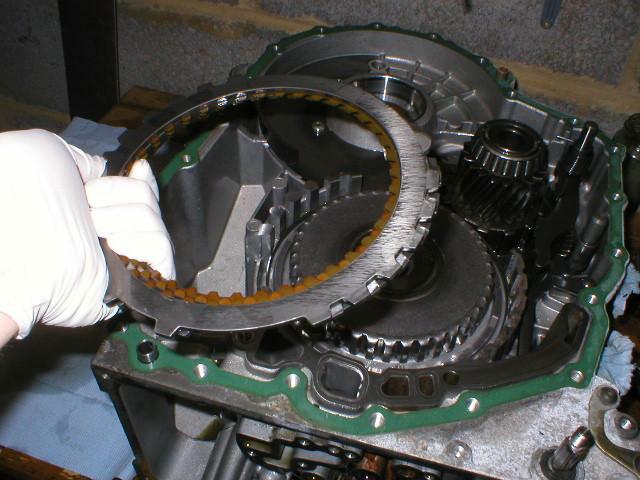 Followed by the 1st sun gear shaft and hub 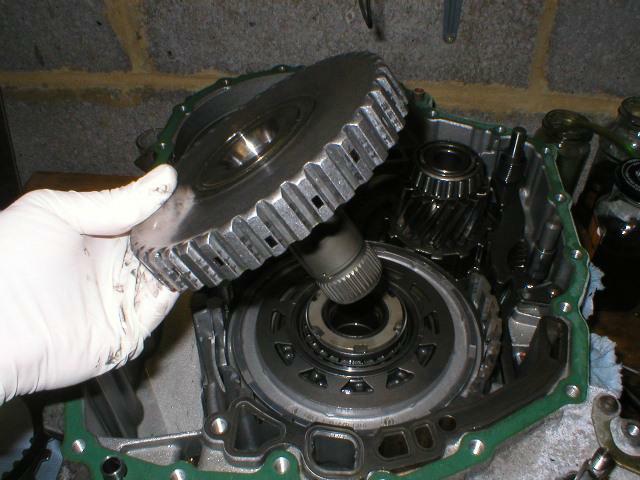 And then I was defeated by this nut... 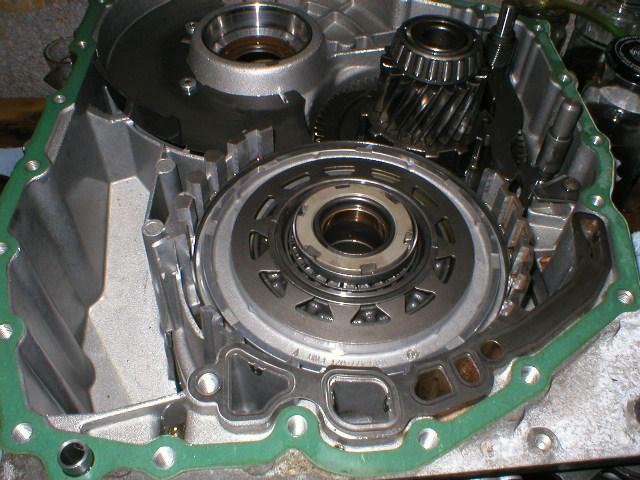 That was as far as I could go. To get that nut off will need a special tool. It hides one clutch pack and it is not vital to go there yet (hopefully).

I then began the reassembly of the 'box as I also wanted to practice that and clear space in the workshop for the 'box still currently on the car.

I have lots of photos of the reassembly and I'll post them in a full reassembly guide on my website in due course.

This photo shows a very essential special tool in action to enable the diff to be replaced without damaging the oil seals. Because they work in reverse to a normal manual gearbox driveshaft seal, damage to them will be inevitable if this tool is not used. This tool is in the kit very kindly loaned to me by DickieG. Thanks Richard! 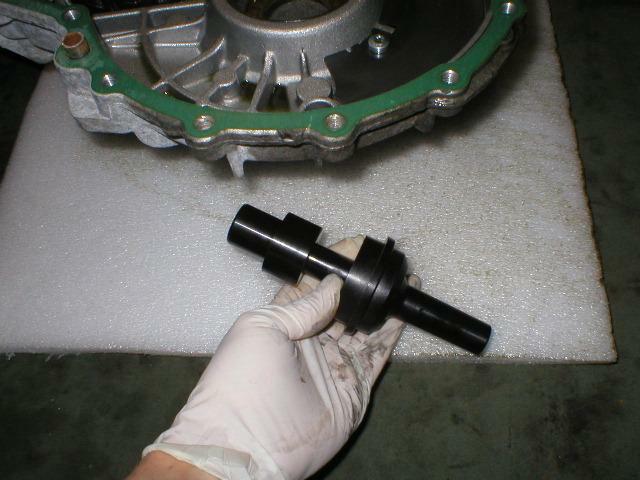 I discovered two very imprtant things in reassembly. Reassembly IS NOT a straight reversal of my initial disassembly method and secondly, to just replace the filter and check the oil pump, all that is needed is to split the gearbox without any disassembly of the epicyclics and clutches being needed at all...

The reason the reassembly is not a straight reversal is that the first sun gear and hub (the one in the photo above) is retained on the main shaft via a "C" clip and if the shaft and front clutch assembly is inserted lastly, the "C" clip will not engage and the sun gear will be out of place and fret against the oil pump.

It was only during reassembly it dawned on me a lot of the disassembly I did was strictly unnecessary but interesting and useful none the less. It really shows the value of practicing the job before doing it for real.

Fially, I popped the torque convertor on and held it in place with another special tool from the set. This tool prevents the TC from dropping off during removal and replacement on the car. 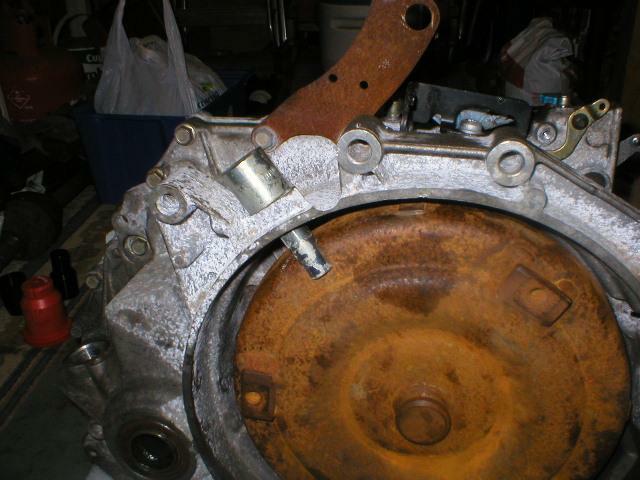 With the TC in place I could see how deeply in the bellhousing it sat and allowed me to gauge if a removal of the 'box from the car without removing the engine was possible. Looking at it and looking at the flange on the car (after removing the inspection plate on the lower half of the bellhousing), I reckon it is, just, if the pressure regulator is removed and maybe the hydractive sphere block moved. To succeed, the 'box will need to clear the flange (flywheel - surprisingly thin) and then move forward about and inch and a half and then rotate downwards and forwards to enable the diff to clear the edge of the subframe. It'll be tight but worth a go. It only needs to move sideways about half an inch to clear the flange.

CitroJim wrote: The 'box really bit me yesterday. I lifted out of the back of the 2.1 (suspension down on low) and intended to place it on a trolley about 6 inches below. The trolley collapsed under the weight and crushed my finger as a result. The worst one too. My right index finger. I have a nasty black nail on that finger now

Never under estimate just how heavy 88Kg is when formed into a gearbox... It is just possible to lift it solo but you need to be very careful. Next week I'm on a High-Risk Manual Handling refresher course and I reckon a 4HP20 autobox falls fairly and squarely into that category!!!


What you need is this

Perhaps I should have had one this time last year 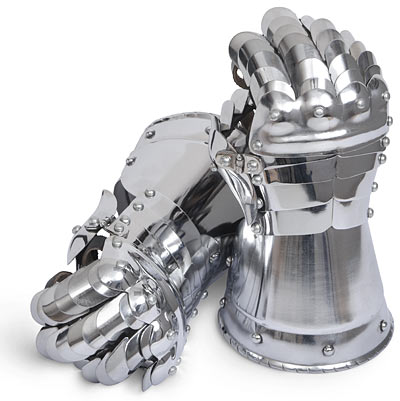 Nowhere near as much as I'd have like to have got done yesterday. I washed the cars and seemed to spend the rest of the day speaking to my neighbours, many of whom seem to have emerged from a winter-long hibernation

A pale blue drum containing 20 litres of Esso LT transmission fluid and a parcel containg a new oil filter and the seals I reckon will be necessary.

That was excellent service on the part of Automatic Choice Ltd. Ordered on Friday and here on Monday

I fired up my "Laser" this evening to check on some part numbers and found quite a lot on the 4HP20 gearbox there, even some manual extracts and some good exploded diagrams. All the parts for the 'box are freely available from Citroen. Had citroen.servce been available it would have been interesting to compare prices...

So, I have all I need. Next job is to get the gearbox off the car. Not a lot of time this week or the weekend as my junior SWMBOs are with me and they won't appreciate dad spending the whole time playing cars although there is a small window of opportunity whilst they are at a Majorette fund-raiser on Saturday.

CitroJim wrote: I have a feeling my V6 will be back on the road sooner than initially anticipated

Thats excellent new Jim. Glad to hear it. This blog is most interesting too....