That's a nice looking xantia, I do like that colour
Top

The double of my old Xantia , has yours got the alcantara interior ?

Here's the interior, I think it might be alcantara...I'm not very good at remembering materials

It's nice and comfortable though. 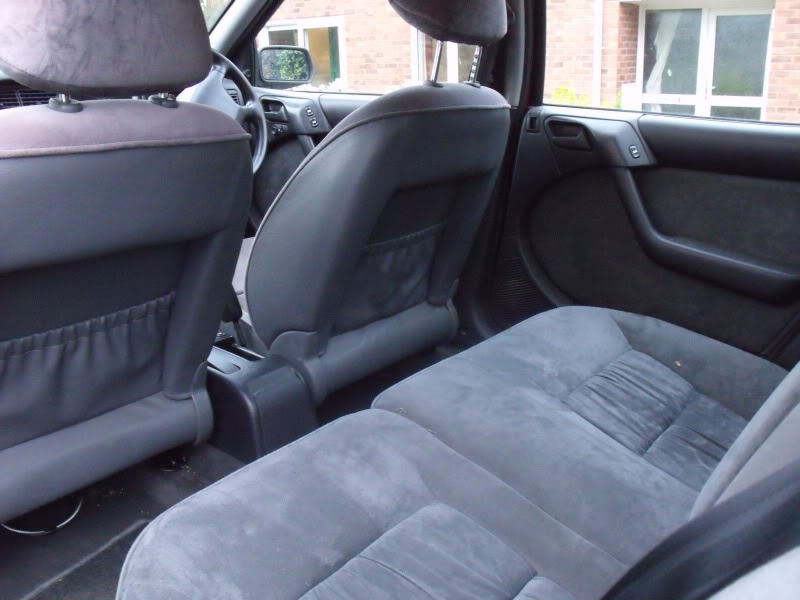 Yep that's the same interior , mine was a 1997 1.9 td Sx . I think they put plenty of bits on them as they were the last of the mk1 Xantia . I really loved mine and seeing this brings back some memories , I bought it with 134k on and put over 100k on it without any issues . It's a shame Citroen couldn't have replaced the Xantia with something better than the C5 as good as they are I still prefer the Xantia .

bxzx16v wrote:It's a shame Citroën couldn't have replaced the Xantia with something better than the C5 as good as they are I still prefer the Xantia .

In a way I agree, I wish the C5 was more like a Xantia or XM, however they do everything well in my opinion and are a good allrounder. They do have their merrits over the predecessors too.
Top

I think the C5 is an exellent car and is a proper Citroen but damn its ugly and bland, i mean it was ugly when it first came out and time has done it no favours, the facelift's came across more like they had put Dame edna's glasses and a mini skirt on Shrek, the latest one looks nice but then the hydraulics are starting to ebb away..................strange as a meduim sized family car with green blood and the ability to sip from the devils pump has always been a very good seller.

I do like the C5 Chris , both mine were great cars , it's just the styling that's a little too safe after the Xm/Xantia era , I would have bought a C5 II estate had the doblo not come up at a good price . It's just the quirkiness thats missing but I suppose that doesn't sell nowadays I'm afraid ( C6 )

I'm fairly confident that the XMs driver window is going to stay behaving so I've put the door card back on. I've finally got around to buying a pack of clips to replace the 2 or 3 missing ones, picked up a bag of 5 on ebay for £2.50 which was a little cheaper than Citroens 70p/clip.

Also on the XM front, another ebay find was a new old stock Phillips RC026 6 disk CD changer with a lead for £45 including P&P!
I've been so excited about this all week, peering out the window like a child every so often just in case I see the postman walking down the path carrying a parcel. Typically it arrived 10 minutes after me and a few mates left to go up to the moors for the day. Probably for the best really as I would have held us up to unwrap and quickly try out my new toy

I plugged it in when we got back and it works flawlessly (well I suppose being brand new it should!). Quite exciting seeing 'CD CHANGER' come up on the dot matrix display along with the CD and track number. I like the ability to fast forward and rewind while still hearing the sound a bit, the sound quality is excellent too! I haven't had a CD player in a car since the rather intermittent one I had my Corsa in 2007-early 2008, can you tell

I'm going to mount it under the passengers seat tomorrow. Might go for a test run with a bit of Nightwish after that

The Cd multichanger was a good find .

Cheers Mark, I was quite surprised when I found it. Not very often I find things like that.

It's all fitted under the passengers seat now. After a good bit of thinking I found the best solution was to fix the brackets to the side of the changer and put 2 chunky reusable cable ties through the bracket's mounting holes then around the thick bar which runs under the seat in front of one of the motors. I've also stuck an old cloth to the top of the changer with double sided sticky tape to stop any annoying squeaks or knocks. Reading that back it sounds like a bit of a bodged job but its well fixed, hidden away, quiet and easy to revert back if needs be

The Cd changers are great and saves having Cd's rattling about everywhere , I've got an Alpine Cd in the Zx with a usb & iPod control , I can hide the iPod or USB stick out of sight and the stereo really looks nice without any silly flashing lights .

Right, tomorrow morning at 6 I'll be up getting ready to start my adventure up north to the ICCCR then the Scottish highlands via family, friends and an FCF courier drop off

It'll be nice to have a break from computers, the Internet and answering questions about computers

As much as I enjoy all those, it can't be a bad thing to have time away with none of the temptation. Cheerio then chaps

I hope you have a good trip up North Kev, that really will be an excellent few weeks away

Have a good break Kev , I might see you on Saturday at Harrogate .

I didn't catch up with you at Harrogate Kev , hope you had a good holiday . I'll be at the Cxm in a few weeks time I might see you there .