No worries there Jim, they're installing a system of lights above the panels tomorrow.

Something that I've always thought would be a good idea is to have water butt type setup somewhere around roof level for toilet flushing and showers, then have a pipe running down into the garden for garden use. I haven't quite worked out where the water butt would go as it would have to be below the guttering but above the upstairs bathroom. Saying that, we've got a big water tank in our loft, how does the water get up there?
Top

red_dwarfers wrote:Saying that, we've got a big water tank in our loft, how does the water get up there?

Sneaks up the stairs while you are out or asleep.


red_dwarfers wrote:
Something that I've always thought would be a good idea is to have water butt type setup somewhere around roof level for toilet flushing and showers, then have a pipe running down into the garden for garden use.

That could get rather messy

red_dwarfers wrote:No worries there Jim, they're installing a system of lights above the panels tomorrow.

Water elves carry it up in little buckets...

No, it's under pressure. The reservoir that serves your house is well above you in height so pressure does that. Around here where it's flatter than a duff accumulator sphere a lot of reservoirs are mounted atop big concrete towers (Water Towers) so the reservoir ends up higher than the houses it serves.

All you need is a little pump to lift the water from a big storage tank at ground level into a smaller tank in the attic. Use a float switch to cut the pump when the higher tank is full. Make it very fail-safe as I've seem what happens when it isn't. In that case it was a small diesel day-tank to supply a roof mounted standby generator. The day-tank filled but didn't stop filling from the large main underground fuel tank. The mess was biblical...
Top

Im not sure if I fully like the idea of showering in rain water, I suppose it can't hurt. For toilet use and for the garden then it is ideal. We have a water butt in our garden to water the plants, mind, its a little pointless in the UK. The garden is well watered with this rain and the water butt has been so overflowing ive had to leave it turned on to drain it

Good news on the electricity though, sounds like a very good way to get solar panels, I don't see why more people dont go down that route? They install it for free, let you use all you need and then they get the money from whatever goes into the grid, sounds good!

Its no doubt a very good time to get an electric car Kev, go on, off to your local Nissan dealer and order a Leaf

Actually, from what I have heard, you would need a field of PV panels to charge an electric car ...
Top

Some years back there was a news article about a bloke on the IoW who had re-plumbed his house to use grey and rain water to flush the toilets, water his garden etc, drastically reducing his water bill. Why was this being mentioned on the local news? The water company were up in arms over it, I guess because they weren't making enough money out of him.
Top

Yes, the water companies are non too enthusiastic about it, has to do with the sewerage relative to the water usage, something along the lines of whatever piped water you pay for contains a proportion to pay sewerage costs.
Futile argument as although you use less water (a good thing, surely) there is also less sewage as the grey water is being used for agricultural irrigation.

There's a problem there too, too much grey water results in stinky gardens and a chemical imbalance produced by the detergents used, there can be bacteriological (health) problems with poorly managed systems too.
Not as simple as you might think.

Re: that I usually water my plants with the water from the aquarium, lots of nitrogen there (fish crap) not recently though as I have had a 'water garden' until a couple of days ago with most things being drowned.
Top

myglaren wrote: Re: that I usually water my plants with the water from the aquarium, lots of nitrogen there

And they didn't taste fishy either...
Top

I worded that last post a bit wrong, I meant use the rainwater for the garden tap not grey water. I never knew there was such a thing, just done a bit of reading seems interesting!

Thanks for the explanations

Yes I remember seeing one or two of those tanks.
Top

Not long now until the ICCCR and my Scotland holiday which will be bolted on the end. I'm leaving here a couple of days early, Stafford will be the first stop to see some friends, then York then the ICCCR. After that it's back down to Stafford to pick up the previously mentioned friends, up to the Lakes for a day, over to the highlands for 4 and back down south via Edinburgh and Stafford. It'll be the longest I've ever been away, works out around a week and a half!

Really looking forward to Scotland, it's the first time I will have been. We've got some walking and a bit of sightseeing mostly planned by our Scottish librarian

Wound down the drivers window yesterday, there was a slight clunk and something else has happened to the cable, I've a funny feeling the new cable we made up was ever so slightly too long and has jumped out somewhere. Thankfully the door card is already off as I've had some intermittent electrical problems with the window too. Turned out not to be the switch as first thought because once I had dug out the wiring diagram I could short the relevant connectors without the switch and it still didn't work. I think that electrical problem is sorted now, there was a lot of green stuff on the door loom connector which I cleaned up with some Isopropyl Alcohol and a brush. The door card will be staying off for another week or two though just in case!

I also gave it a wash yesterday, first time in about 6 weeks. Looks all the better for it.
Top

When it cools down a bit I'll go in the shed and make up a couple more nipples to braze on!
Top 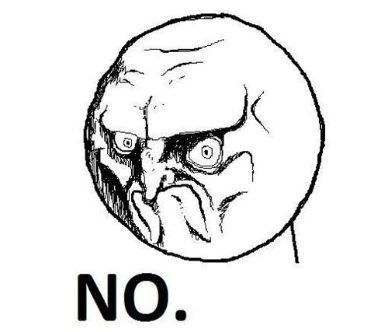 oh I've been spending too much time on 9gag...


Kev, where in Scotland are you going?
Top

That is going to be quite some trip Kev but what better car to do it in than an XM!

Yes, where in Scotland are you going? You'll no doubt enjoy it, very good for walking and more so mountain biking! I must be due another trip to Scotland soon

XM windows do have the annoying habbit of failing just when you dont want. Ive done a good few now and you seem to get them down to a fine art after a couple of goes. Well, taking them apart and putting them together again, the actual fix I don't think I have perfected yet

Quite surprisd that the red XM has never needed one doing in our ownership, though im always mindful when operating the windows in XMs that it might break

We're staying in a log cabin self catering type affair near Crianlarich in the Trossachs, works out at £20/night for 5 of us, bargain!

Windows cable is fixed again and the electric window seems to be behaving itself now so the door connector cleaning seems to have done the trick.

Oil change done on the XM a couple of days ago and I replaced the fuel pipe between the filter and pump, still running back to the tank. I might just replace the whole lot in one go and have done with it. They're looking a bit old anyway.

We've been working on the Xantia's paintwork the last few days to fix the more noticeable bad bits. Thought I had taken photos of before but obviously not. First up was the spoiler where large chunks of the lacquer was peeling off. 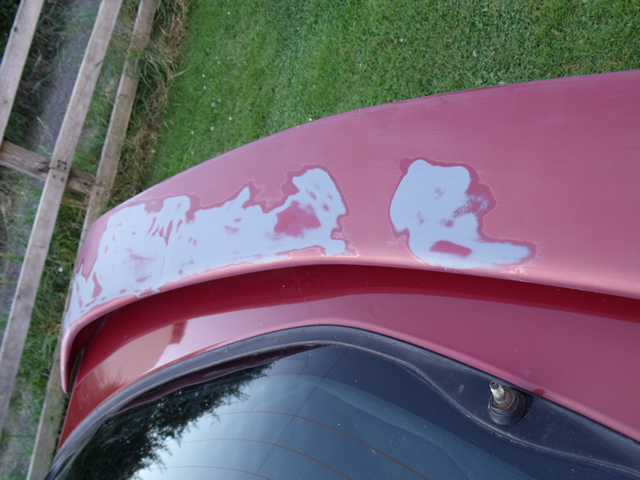 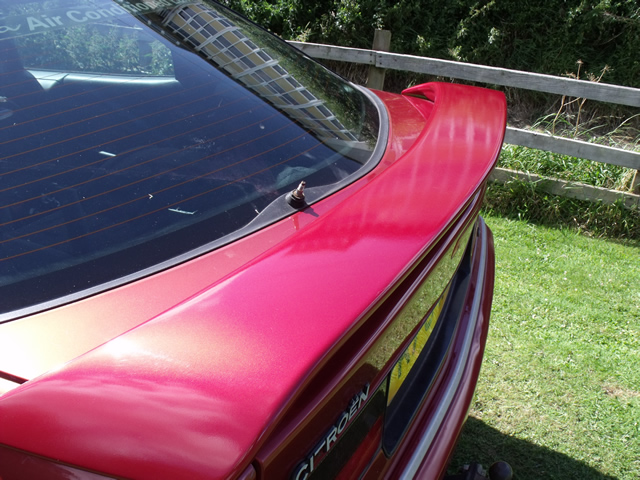 Then three of the four corners. Seems like the previous owner made use of the Xantia's chunky bumpers 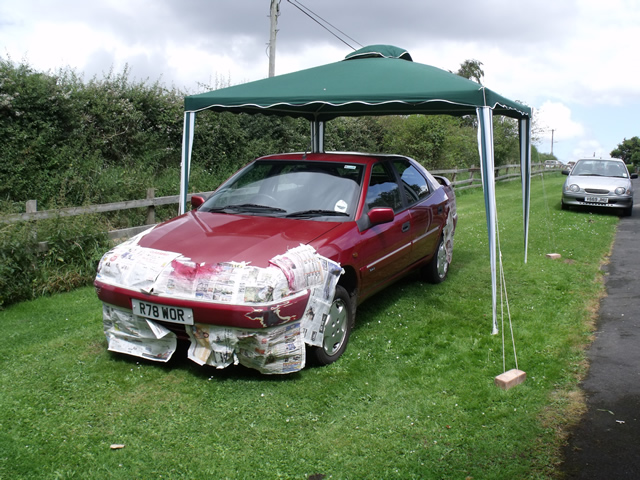 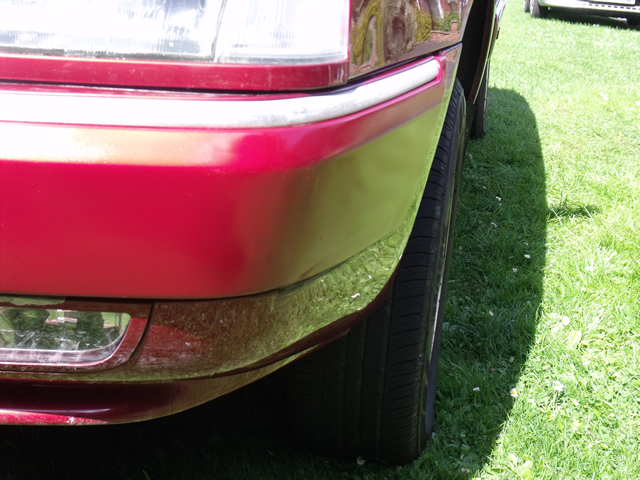 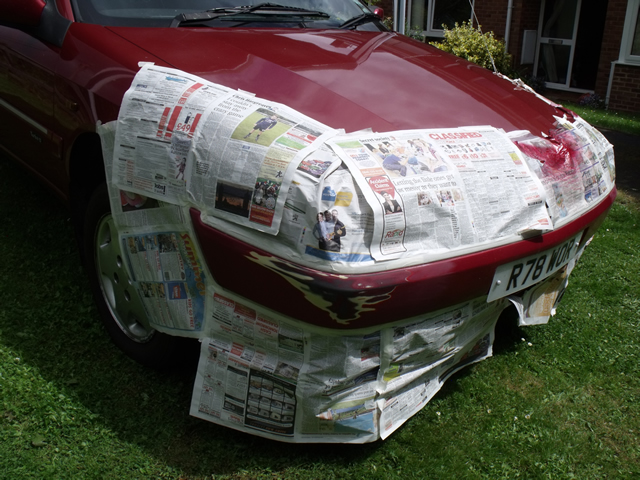 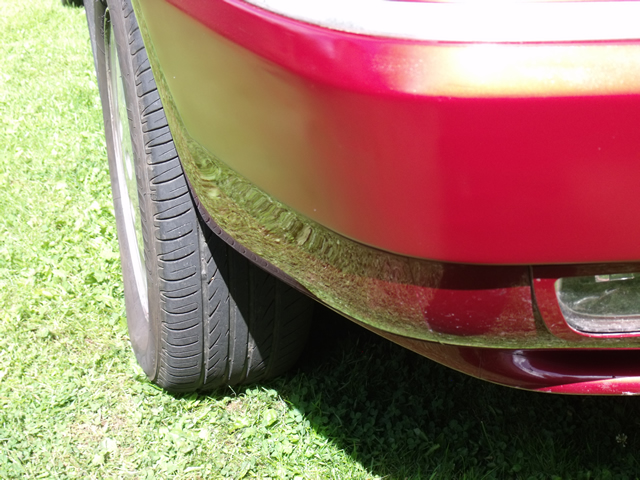 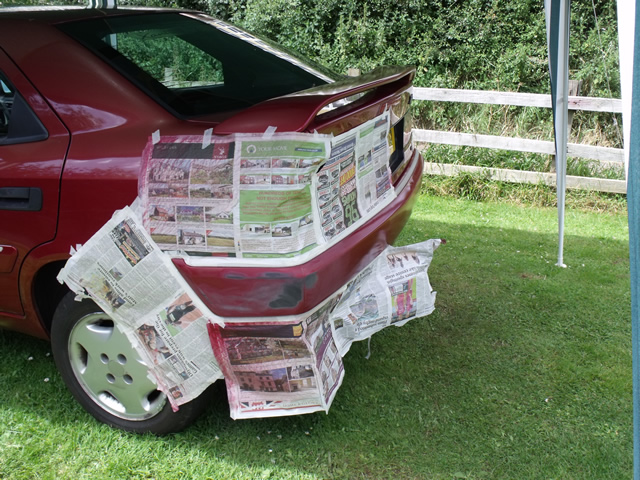 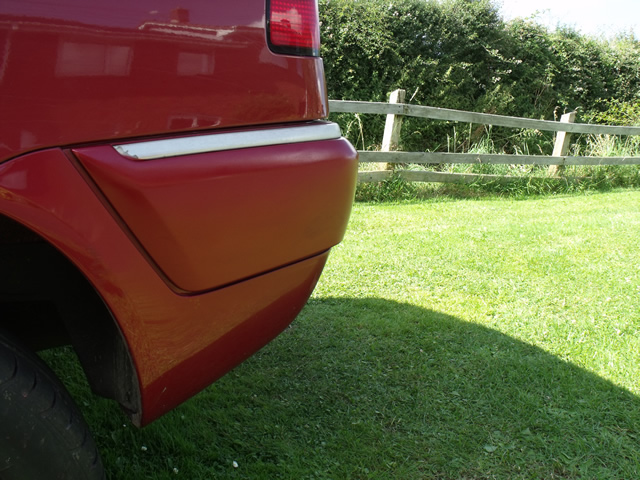 I can take credit for the tedious prep work but the spraying was all down to Dad. A man of many talents he is

The car looks so different, a lot less ratty than before. Next job is to get a new boot Citroen badge and set of numberplates. It was originally supplied by Yeomans Fareham who are still going so I'll whip over at some point and get some made up.
Top

I'm pretty sure I've been around there in Scotland, ill have to check with a map! Either way I'm sure you'll enjoy it

That looks like an excellent job on the paintwork, very handy having a dad who can spray. That kind of thing would easily be a couple of hundred in a bodyshop
Top
Messages: 717