That sounds a bit hectic there Kev. Doesnt sound too unfamiliar from what happens in our house

I hope the people who did the work are going to sort out the problem and the mess its caused?

We had a new bathroom about 2 years ago, we are still having problems with it now. We also had a leak which emptied all of the bath water into the kitchen through our new ceiling and lights. Then another leak from the shower which the shower tray had to be taken out and replaced.

Talking of floods, we had severe rain most of yesterday evening from 5.00 onwards. I was at work and the rain water was flooding in the fire doors creating all kinds of problems inside. I was trampling around in a few inches of water trying to move electicals off the floor.

We have never hd a job done right either, it could be with the house or the cars but nothing is ever right first time. I think its just the way it is

Well, I attended a wedding yesterday, all very good as weddings are but something that made this one extra special was that I was asked if I could drive the bride from her parents house to the church "in your lovely white Citroen"

So all of that polishing hasn't gone to waste 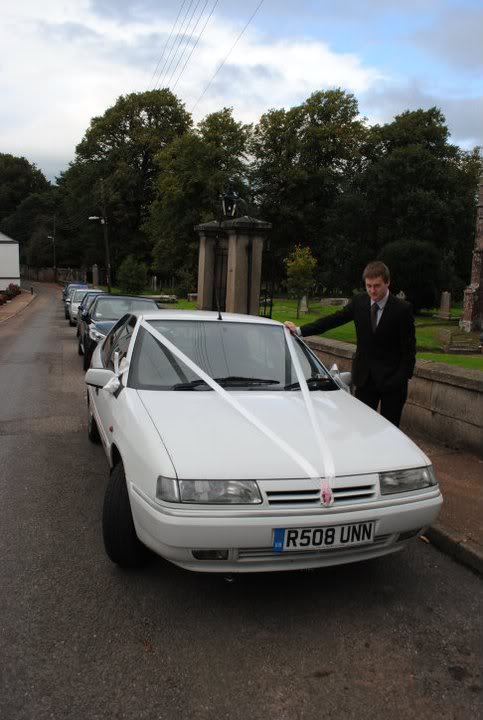 Xantias make great wedding cars.
Cassy for instance was called into service when at a friends' wedding it turned out the taxi firm had lost their booking so they had no way to get to their hotel.
Chris, the groom, is over 6'5" and his bride Jenny is also quite tall, yet they had plenty of leg room.

Trouble is, that I would have to buy a Traction for the traditionalists aswell

Maybe I could employ you Xac to drive the bride to the church?
The whole tradition about brides being late to weddings would be turned into a myth especially if you were to drive Jenny

Also, do note my programmed in lack of trust of hand brakes, in gear and wheels turned away from the pavement

Though, if you could spot that it's in gear I would be impressed!
Top

red_dwarfers wrote: Maybe I could employ you Xac to drive the bride to the church?
The whole tradition about brides being late to weddings would be turned into a myth especially if you were to drive Jenny

Just what I was thinking

It might well be the highlight of her wedding...
Top

Well i knew you mentioned it the other day but i didnt realise it was so soon. Your Xantia certainly suits the ribbons

Lack of trust in your handbrake hey? I thought wheels turned to the curb is the idea, so the car bumps the curb and not running away into traffic?

Ive been having to leave ,y C5 in gear recently as the handbrake got stuck on if i used it, thank fully thats fixed after today, but i didnt like leaving it in gear and made steep hill starts a bit tricky.

You could be onto a good little earner there Kev, better than any Merc of BWM!
Top

It will come just in time for the days where the rain can't make up its mind. All it involved was replacing the stalk so it seems that there is a variable resistor in there that does all the business, proper job!
Top

oh i'm glad it was as simple as plug and play

A very nice little mod Kev, I like easy to fit mods! Definitely worth having, they are a good idea.
Top

Delighted it all worked out a treat!
Top

rather sad I know!

If all goes well my rims should be making their way westwards this weekend so that I don't have such an epic roadtrip. Its all good!
Top 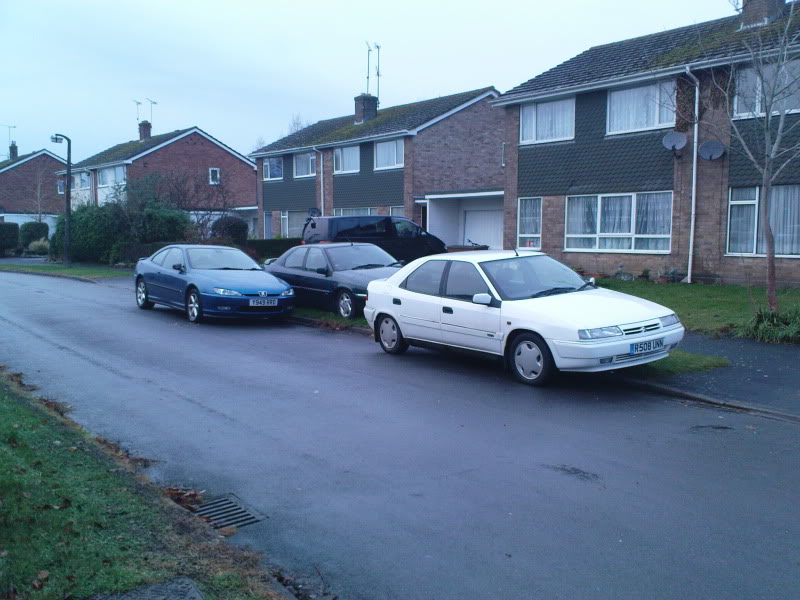 Got back home an hour or two ago from visiting Toby_HDI. Quite a drab and rainy trip up and back but a good natter with Toby soon brightened the day up

I now have the rims to stick some tyres on!
Top

Shows the good clean Xantia lines up against the most beautiful car ever, the 406 Coupe... Xantia looks are holding up very well over time, in fact they look better every day when you compare then with the horrific excuses for styling new cars have. Seems to me that every new model of car released takes hideousness to new levels and the cars generally of the 90s just look better and better, especially those of the Italian styling houses. In the picture above you see the best of Pininfarina and Bertone...

I can imagine, judging by the drabness of the picture, that your new variable intermittent wipers saw plenty of action today! My jury is still out over my preference for the variable delay on the MK1 or the automatic on the MK2...

What wheels did you get Kev? or did you just nick Toby's Activa alloys when he wasn't looking

The variable intermittent wipers saw loads of action and adjustment, don't know how I did without them really