CitroJim wrote:I'm surprised you even notice Xac.. I thought your throttle pedal only had two positions - idling or flat to the floor

Exactly, it's shaved at least .2 of a second off my pedal to the metal time

Curious as to why you didn't replace the cable with,,,,,, 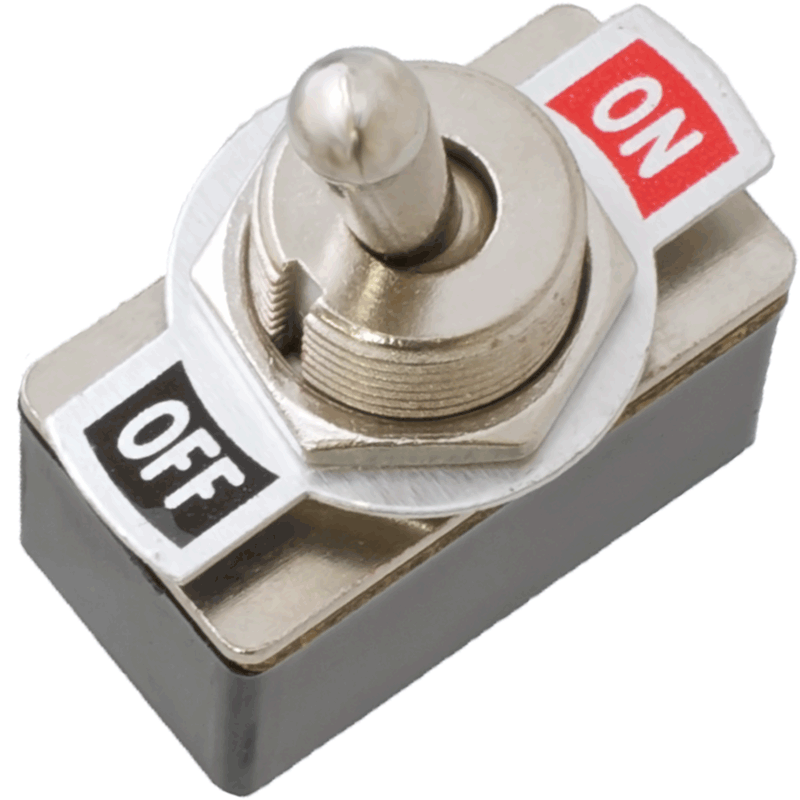 Took advantage of the nice afternoon and did some work on Juliet.
Her power steering pipe has now been replaced, and her boot catches lubed as they were sticking.
Front wheels are back on and I've moved her over on the drive a bit as she was right up against the border with next door's.
Top

Excellent Andy, I was wondering what was happening with Juliet too

I visited Jim today to give Cassy a pre-MoT once over, and to tackle the rust wound by the N/S wheel arch.
With her back up on axle stands and the rear wheels off, Jim confirmed that the callipers were straight, the discs were good but the pads were down to a few mm.
I had spare pads with me so fitted them and we bled the brakes, Jim this time managing to drop and smash the jar he uses to catch LHM in rather than me making a mess all over his drive

With the MoT checks done, the only area of concern was the rust patch I mentioned. It's in the usual place, but was made worse several years ago where I had to swerve in MK while leaving a parking bay due to an idiot speeding around the corner, and I clipped a low concrete flower bed which split the bottom edge of the seam allowing a rust patch to eat its way through. The leading edge had already been patched at a previous MoT, and this was showing quite a bit of surface rust through the paint they'd applied.

Jim did a good job of straightening the dent on the actual wheel arch.
I fitted a wire brush disc to my electric drill and had sooooo much fun buzzing off the old paint and rust! Jim had a go too and I think he'll agree it's a great stress reliever!
The cleaned area was dosed liberally with Hammerite rust be gone type stuff (phosphoric acid) making sure to get as much as possible up inside the hole between the inner and outer skins.
I used some of Jim's spare foam sheeting to fill the cavity a bit so filler wouldn't just vanish inside, and then made up my first batch (Jim informs me it stinks!).
Building up from the edges, and making 3 batches of filler, I built it up to cover the holes in a smooth-ish manner.

Somehow when I adjusted my seat doing the MoT checks, the foam base had popped up at the front of the seat.
Jim took it out while I was doing the filler, and took at look at what had happened.
The foam and seat cloth is held on by a cord running around the threaded edge of the cloth, then pulled tight and tied. This had snapped.
Getting his sewing kit out (ie a fishing hook), Jim managed to rethread the cloth and pull it tight, using cable ties in some sections where feeding the cord through the threading wasn't possible. Practically good as new it is.

By the time we'd gotten the seat back in, the filler had set and I got to work with some sand paper.
If I hadn't been so cold, tired and ill, I'd have done a better job, but it's smooth, just undulates slightly in places.
With the wind picking up, we discounted the spray primer I had (not wanting to risk getting any on Jim's XM or his neighbour's Poxhalls) so used some anti-rust Hammerite so now Cassy has a battleship grey section, but should be protected from the rust for a while.
I'll see if I can pop to Halfords before the MoT on Thursday and get some proper paint made up, then at some point in the future I'll take an angle grinder to the messy ridges of the original patch, and if Jim's got his mig by then, have him do the job properly

It was a good and productive afternoon.

I'm going to invest in a mig welder when I can afford a good one. I've resisted for a time but I'm sure the day is rapidly approaching when I will need one, especially having an XM in the fleet

I can then do your rust properly...

First though I'll need a car to practice on - preferably a scrapper...


Xac wrote: Jim had a go too and I think he'll agree it's a great stress reliever!

Not as good a stress reliever as kneading wholemeal bread dough

Xac wrote:Getting his sewing kit out (ie a fishing hook),

Nope, actually it wasn't a fishing hook. Firstly I tried using my 'fish', a device for threading electrical wires through conduits, but that was too fat. I ended up making a bodkin out of a length of welding rod...
Top

Cassy passed her MoT this morning with 2 advisories.
1. Rear accumulator sphere wet. Possibly over spray from Jim lubing up the rear height corrector linkages?
2. Top steering column bearing has slight play. Can these be replaced?

I'd first taken her to the garage up the road to vacuum out the foot wells, but apparently their vacuum had been replaced by a small asthmatic child with a straw. Bloomin' useless thing!
Top

Just noticed at the bottom of the page, Andy...

Heading up to Carlisle today for a wedding with the in laws in the car I discovered I was an outlaw.
On the M6 in Staffordshire we had a police BMW 4x4 right on our tail in lane 3 so as soon as I could I pulled back into lane 2, it shot ahead put it's lights on and signalled for us to follow them to a VOSA station off the motorway.
I was asked to get in the back of their car and told Cassy's numberplate had been flagged to be pulled over and they were just waiting to find out why. They couldn't show me the details on their info screen but I saw "minor fraud" between their fingers so wracked my brains to see if I'd somehow forgotten to pay for fuel or something.
It turns out at the beginning of May I parked by the shops in Neath Hill and tapped away on my phone.
Some paranoid pratt using a nearby atm thought I was "dark skinned" and so must be scanning their pin code. From my car. So they reported it to their bank and got their card replaced and gave my number plate!
I was sent on my way with the police in the car wondering why the he'll all of our time had been wasted!

Anyway as we headed off I realised that after cancelling the AA breakdown cover I hadn't replaced it, so I've just signed up with Gem for £90

Popped over to Jim's this evening with a replacement a/c compressor for Cassy that I'd picked up at a reasonable price from ebay.
The bearing on it was showing signs of old age but as I had a spare that we were unable to fit to Cassy's compressor (due to the threads on the pulley being too rusty to work with), I thought it might be easier to do it with one, sans car, on the bench.
Turns out I was right, and in no time Jim had the pulley off and I was making a mess cleaning the parts up ready for the new bearing.
Jim had some dinner and then using the remains of a Xantia wheel bearing, pressed the new bearing on and the pulley back on the compressor.
So the next job is to get a 32mm spanner, find out if anyone can suck out the gas, remove the old compressor and fit the new one to then be re-gassed.
Simples
Top

Xac wrote: and then using the remains of a Xantia wheel bearing, pressed the new bearing on and the pulley back on the compressor.

It's amazing what an old Xantia wheel bearing can do. they’re magical things

I perhaps ought to state I was using the remains of the Xantia wheel bearings as mandrels in the hydraulic press...

Good to see you this afternoon/evening Xac!

This is a picture of the a/c compressor clutch disassembled and the special puller I knocked up on the lathe ages ago..

Jenny now has a nice un-dinged rear door and is pretty much ready to sell.
Top

Guess what I'm up to today 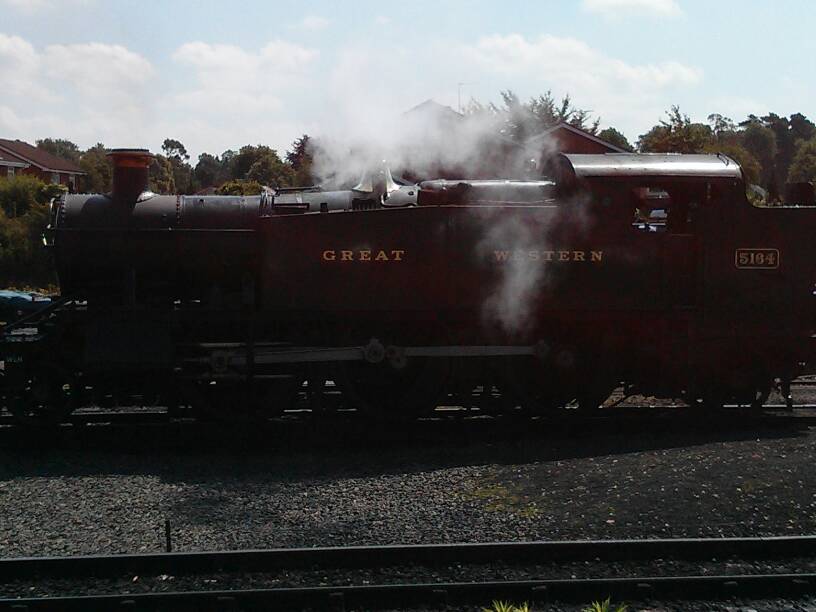 Xac wrote:Guess what I'm up to today

Where's that then Xac?
Top
Messages: 804